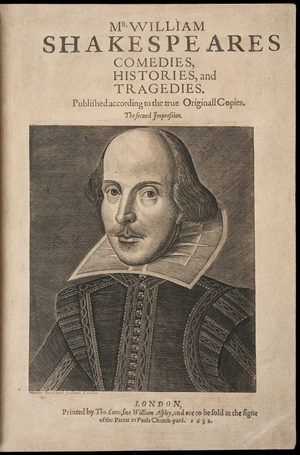 SAN FRANCISCO – PBA Galleries will present a premier offering of rare and important books and manuscript materials on Thursday, Sept. 13, beginning at 11 a.m. PDT. The San Francisco auction company considers it the greatest single gathering it has ever had at auction. LiveAuctioneers.com will provide Internet live bidding.

The sale of Rare Books & Manuscripts: The Property of Jane Hohfeld Galante & Other Owners is composed of 137 select lots from the 14th through 20th centuries, including landmarks of science, medicine, philosophy, literature and culture, ranging from a manuscript of the Opera of the fifth century neo-Platonist Dionysius Areopagite, to early letters from 20th century drug icon Timothy Leary, with William Shakespeare, Adam Smith, Charles Darwin, James Joyce, Henry David Thoreau, Thomas Mann and many others represented.

Perhaps the most spectacular item in the auction, in terms of both rarity and visual impact, is William Bradford’s The Arctic Regions, Illustrated with Photographs Taken on an Art Expedition to Greenland, 1873, with 141 mounted original albumen photographs in a massive folio bound in elaborate gilt-tooled full morocco. An artist of the Hudson River School, Bradford gained the sponsorship of railroad magnate and financier Le Grand Lockwood to outfit an expedition to the frozen north, to make sketches as the basis for paintings, in addition to exploration. To assist in this endeavor he hired two professional photographers from Boston, John L. Dunmore and George Critcherson, who exposed hundreds of wet-plate collodion negatives under extremely harsh conditions. Once back in his studio, Bradford used the sketches and photographs to create many fine, finished paintings.

In 1871 and 1872 Bradford exhibited the paintings and sketches in England to great acclaim, and attracted the patronage of Queen Victoria. This prompted Bradford to plan publication of an album of photographs, and when Queen Victoria and other members of the royal family added their names as subscribers (at a cost of 25 guineas apiece), the “album” was transformed into a lavish publication, with a text combining sober scientific observation with romantic hyperbole. Three hundred copies were proposed (some sources say 350), although it is thought that significantly fewer were actually published. The result is a magnificent tome, one of the most spectacular photographically illustrated books, and the greatest of all illustrated books on the Arctic. It is expected to sell for between $140,000 and $180,000.

One of the great landmarks of English literature is also a key lot in the auction, the second folio edition of Mr. William Shakespeares Comedies, Histories, and Tragedies. Published according to the true Originall Copies, 1632, the first printing, first issue in the rare Aspley imprint. A consortium of booksellers sponsored the publication, with Aspley being one of the minor partners, hence he was allocated fewer copies than the main partners. The present copy, complete including the title page with Shakespeare’s portrait and the rare “Effigies” leaf, containing the first appearance in print of any work of John Milton’s, is finely bound by Riviere. The estimate is $200,000-$300,000.

Another rarity in the auction is the first edition in German of the Nuremberg Chronicle by Hartmann Schedel, 1493, the most extensively illustrated of all 15th century books, presenting the history of the world from the creation to the time of publication. Published just six months after the first (Latin) edition, the marvelous work includes double-page maps of the World and Europe, numerous city views, events from the Bible, pictures of human monstrosities, portraits of kings, queens, saints and martyrs, and allegorical pictures of miracles. The estimate is $100,000-$150,000.

Other highlights in the auction include Adam Smith’s An Inquiry into the Nature and Causes of the Wealth of Nations, two volumes, 1776, the first edition, in rare untrimmed state, estimate $100,000-$150,000; a 14th century Latin manuscript on vellum of the Opera of Pseudo-Dionysius Areopagite, the fifth century Neo-Platonist, the cornerstone texts harmonizing Christianity with the Platonic Philosophy, $80,000-$120,000; Charles Darwin’s copy of Thomas Bewick’s A History of British Birds, 2 volumes, signed by him on each title page, dated 1840, the time when he was in the process of formulating his Theory of Evolution, $60,000-$90,000; Thomas Mann’s Der Tod in Venedig (“Death in Venice”), the true first edition, one of 100 copies, 1912, this being a unique copy reserved for the publisher with specially printed colophon and special binding, $25,000-$35,000; rare collection of love letters from a young Howard Hughes, written to silent film star Billie Dove, with whom he had a widely publicized affair in the early 1930s, $50,000-$80,000; Peter Apianus’ landmark world map, Tipus Orbis Universalis, 1520, the earliest obtainable map to name America, instrumental in solidifying that name for the New World, $30,000-$50,000; autograph manuscript leaf from the journal of Henry David Thoreau, with highly important content relating to his first book and his Transcendentalist philosophy, $25,000-$35,000; the Viridarium chymicum of Daniel Stolcius, 1624, the rarest and most richly illustrated emblem book of alchemy, with 103 copper-engraved plates, $25,000-$35,000; archive of correspondence from Timothy Leary to his childhood friend William Scanlon spanning his high school, college and West Point years, offering insight into the formative years of an influential figure of the 1960s, $15,000-$20,000; first editions in English of Homer’s Iliad and Odyssey, 1611 and circa 1615, the translation of George Chapman, in their combined issue, $30,000-$50,000; and Isaac Newton’s The Method of Fluxions and Infinite Series, a key work on calculus, a rare untrimmed large paper copy of the first edition, $40,000-$60,000.

The catalog is published on www.liveauctioneers.com. For more information on the items being offered, or on bidding in the auction, contact Shannon Kennedy at pba@pbagalleries.com. 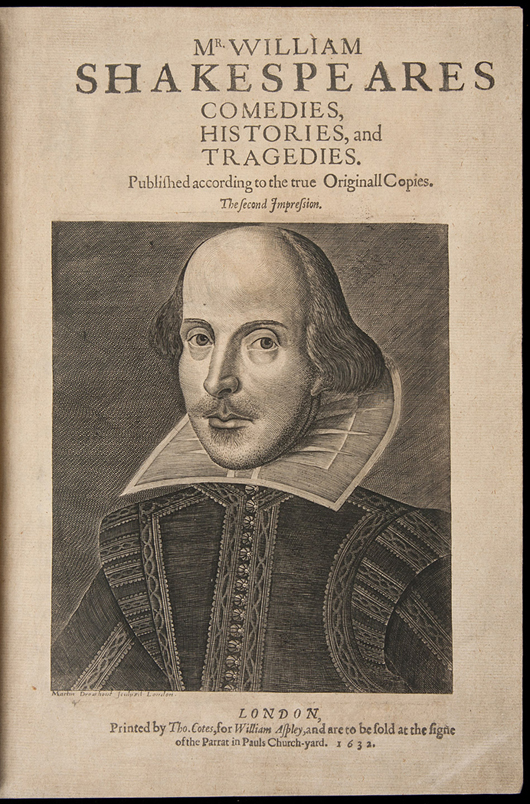 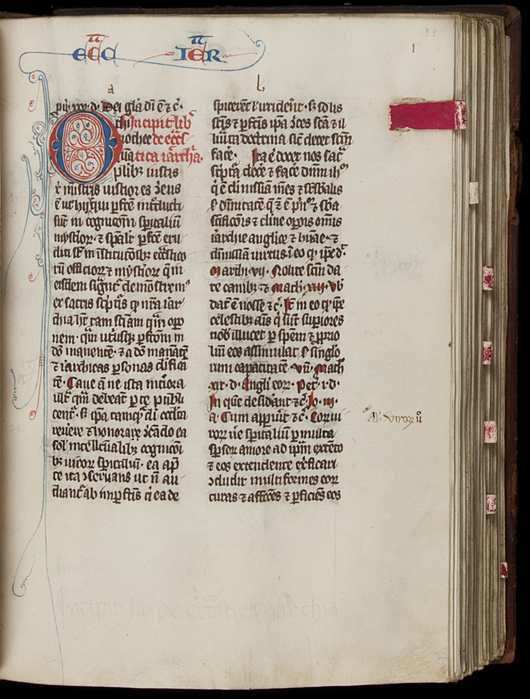 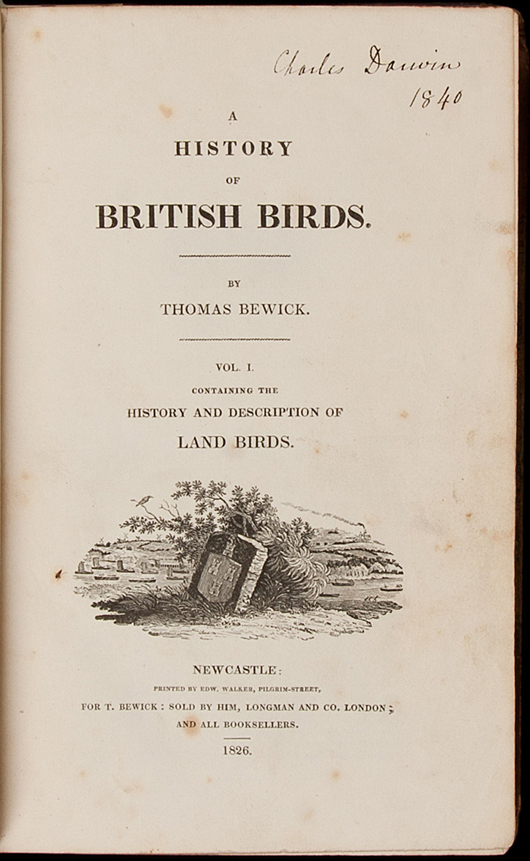 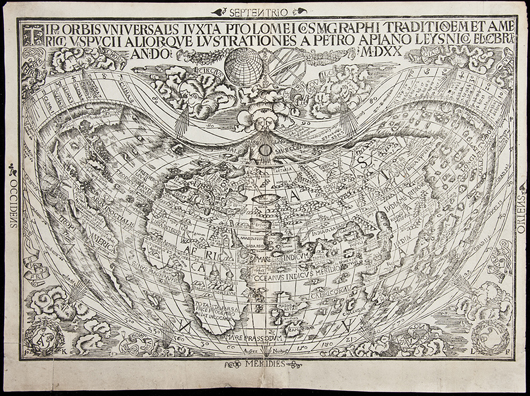 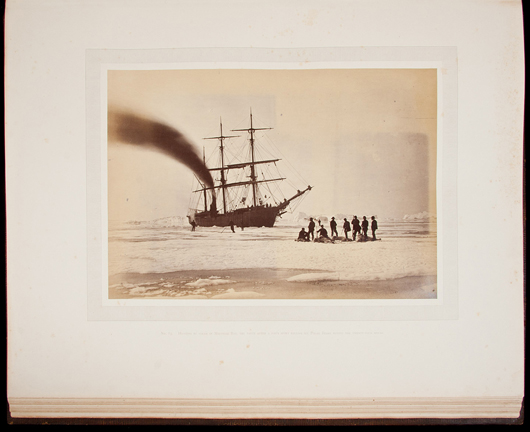 An image from William Bradford’s ‘The Arctic Regions, Illustrated with Photographs Taken on an Art Expedition to Greenland,’ 1873, which contains 141 mounted original albumen photographs in a massive folio. Estimate: $140,000-$180,000. PBA Galleries image. 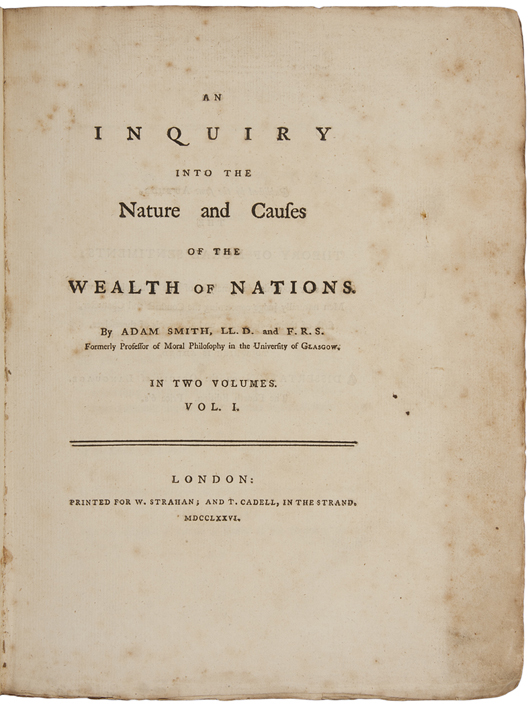