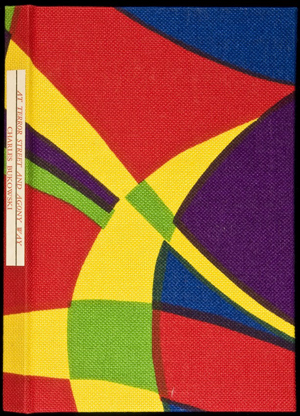 SAN FRANCISCO – On June 2, 2011, PBA Galleries will offer at auction one of the finest private collections in existence of the literary and artistic work of poet Charles Bukowski. Internet live bidding will be provided by LiveAuctioneers.com.

Featuring a large selection of original typed, signed poems, a rare group of original paintings, and scarce broadsides and ephemera in additional to books, the collection presents a vivid picture of the earthy realism that was Charles Bukowski (1920-1994).

Dr. Ross Runfola, Woodrow Wilson Fellow at the University of Buffalo, was introduced to Charles Bukowski when his brother sent him a copy of Love is a Dog from Hell, and discovered a rare kinship with the alcohol-fueled poet and his work. Inspired to write poetry in the Bukowski mode, Runfola was also spurred to collect the creations of the German-American writer. After years of ferreting out rarities, haunting rare bookshops, searching the Internet, he has assembled a superb gathering, which he is now making available for sale at public auction.

Probably the most remarkable part of the collection is the nearly 175 original typed manuscripts, mostly poems, by Bukowski, many in the signed carbon or photocopy format that he would send to his publisher John Martin. Among the poems are “the copulative blues” from 1973, a signed and dated poem that was a gift to Runfola from Martin; “time off” written in 1978, a carbon signed and dated by Bukowski, a long poem (4 pages), with, suitably, a ring stain from a wine glass on the first page; and “Hawley’s leaving town” from 1975, again a signed and dated carbon typescript, 1½ pages, this time with a coffee stain, and, notably, nearly 20 ink manuscript corrections by Bukowski.

These rare manuscript poems by Bukowski are partnered with 35 or so original letters from Bukowski to various publishers, his agent and German translator Carl Weissner, assorted girlfriends and others, many offering rare insights into life and relationships.

Another high point of the auction is the superb selection of original art by Charles Bukowski, the finest private collection extant. Included are several self-portraits, abstract mixed media creations, expressionistic watercolors, still lifes, and more, 15 pieces in all. A number of these were used in a show curated in 2007 by Donald Friedman on the theme of “The Writer’s Brush,” about the paintings and drawings of famous writers.

But these manuscripts and paintings would not be the sought-after rarities they are if Bukowski’s raw poetry and short stories had not been published, and published they were after many years of rejection, and in large number. The printed books and broadsides are fittingly the core of the collection, and Ross Runfola has acquired the most difficult to obtain. Paramount among these is The Genius of the Crowd, perhaps the rarest of the “Top Twenty Bukowski Rarities” listed by Al Fogel. The 11-leaf poem in chapbook form, illustrated with prints by Paula Maria Savarino, was printed at the 7 Flowers Press in Cleveland, Ohio in 1966, in an edition of 103 copies, but all but 40 of these were confiscated and destroyed by the Cleveland police department, deeming it obscene. Charles Bukowski’s first book, Flower, Fist and Bestial Wail, 1960, limited to 200 copies is also on the block, a fine, fresh copy in the original wrappers, very rare thus, with only the slightest rusting to the staples, a seemingly inevitable occurrence. Another rarity on offer is the printed broadside True Story, 1966, one of 30 copies, signed by Bukowski, the first publication of John Martin’s Black Sparrow Press, which was to become Bukowski’s primary, almost exclusive, publisher. Also from the Black Sparrow Press is a copy of their first hardcover book, At Terror Street and Agony Way, 1968, one of 75 copies with an original signed painting by Bukowski, their first book issued with an original painting. Finally, there is Bukowski’s most popular book, Post Office, a novel based on his long tenure with the United States Postal Service. It is number 2 of 50 copies, from the collection of Black Sparrow Press publisher John Martin, hand-bound in boards by Earle Gray, with a cloth U.S. flag-motif spine, and an original painting by Bukowski. The book is in remarkably fine condition, with spine completely unfaded, rarely found thus. 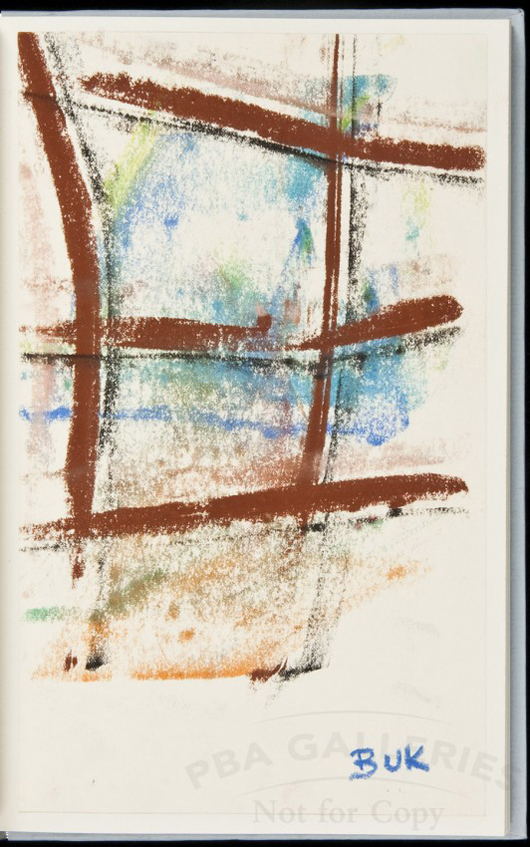 The Bukowski/Purdy Letters: 1964-1974, A Decade of Dialogue, with an original, signed pastel drawing by Charles Bukowski. Est. $7,000-$10,000. Image courtesy of LiveAuctioneers.com and PBA Galleries. 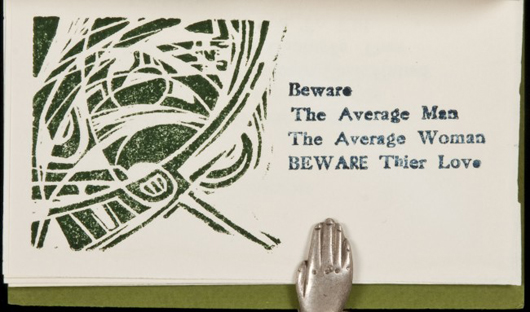 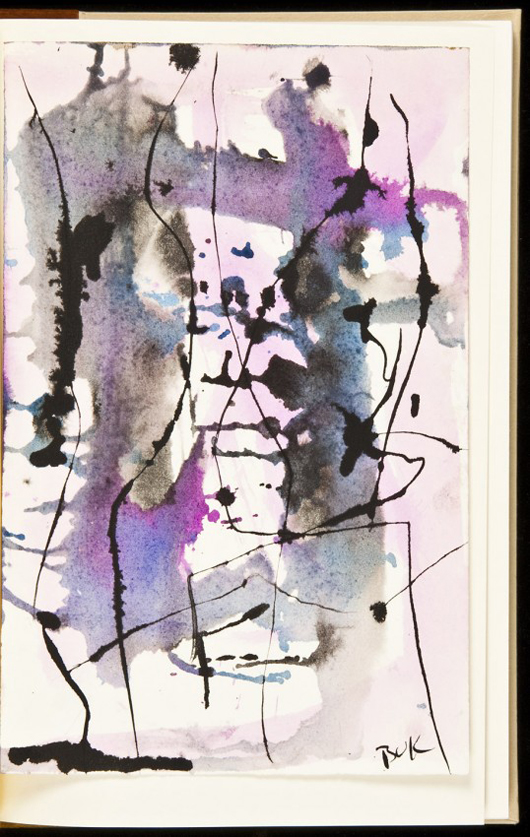 Charles Bukowski, The Days Run Away Like Wild Horses Over the Hills, No. 4 of 50 copies with an original, signed watercolor and ink painting by Bukowski, 1969. Est. $5,000-$8,000. Image courtesy of LiveAuctioneers.com and PBA Galleries. 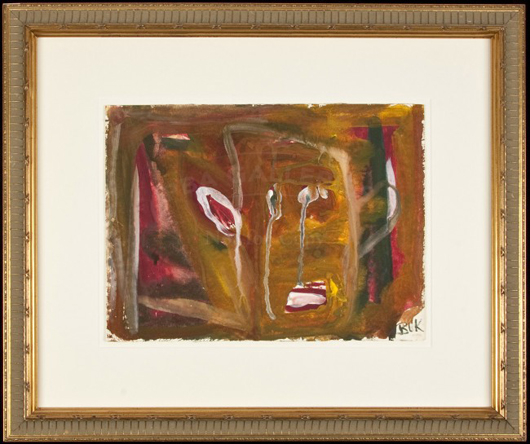 ‘Toys with Character’ in spotlight at Bertoia’s, June 10-11
Scroll to top