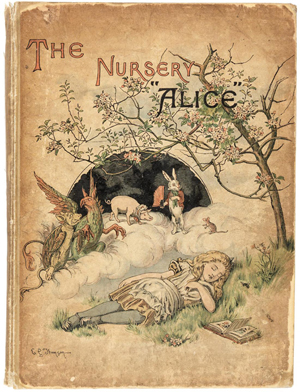 SAN FRANCISCO – PBA Galleries will offer the rare and antiquarian children’s book collection of Pamela Harer on Thursday, Nov. 6. The sale will feature a select group of 187 lots of children’s books and juvenile literature from the 17th through 20th centuries, from Tom Thumb and Goody Two-Shoes to Dr. Seuss and Maurice Sendak.

Included are seven original hornbooks, for early training in the alphabet; miniature books; abécédaires; alphabet books; almanacs; and much more. In addition, there are nearly 30 lots of Pamela Harer’s reference books for children’s literature, a key resource in forming her collection. A second sale of the collection is scheduled for sale on Feb. 19, 2015.

Pamela Harer was a passionate bibliophile who collected, preserved, researched and shared both her books and her knowledge. She started over 50 years ago when she sought to find a few favorite books from her childhood to share with her four children. That soon progressed into intense study of the history of books with emphasis on illustrated children’s literature. Over the years, her collection became quite large and she sought appropriate new homes for her books. She has donated material to Florida International University, the University of Washington, California State University Fresno and Princeton University. She also wanted her books to go passionate collectors such as herself.

Among the highlights of the sale is Lewis Carroll’s The Nursery Alice with illustrations after the originals by John Tenniel. One of only 12 copies bound as samples for the American market in 1889 (estimate: $7,000/10,000). The first edition of Beatrix Potter’s The Tailor of Gloucester was privately printed for the author a year before the Frederick Warne edition. It includes 15 color plates by Potter and is one of only 500 copies (estimate: $7,000/10,000). Also on the block is a clean first edition in dust jacket of Maurice Sendak’s most beloved book, Where the Wild Things Are (estimate: $5,000/8,000).

The 1824 edition of Curiöser Spiegel … contains an illustrated title leaf and 41 full-page hand-colored woodcut plates, printed on both sides of the leaf. The original 17th century blocks were used for the printing and are scenes depicting events from birth to death (estimate: $7,000/10,000). A complete set of the 24 illustrated cards, Cris de St. Petersbourg, depicting the tradesmen and women of St. Petersburg is also offered. It is rarely found in a complete set (estimate: $5,000/8,000). The earliest obtainable edition of The History of Little Goody Twoshoes is the Worcester Edition published by Isaiah Thomas in 1787. Although preceded by three earlier printings, these are known only in a small number of copies and most are incomplete (estimate: $3,000/5,000).

Also featured in the sale is a First English Edition of A Primer for the Use of the Mohawk Children by Daniel Claus was published in 1786. Preceded only by the exceedingly rare 1781 Montreal edition of which fewer than 10 copies are known. Possibly co-authored by a Mohawk clerk and schoolmaster, Paul Sahonwadi (Claus’s collaborator on the Mohawk Book of Common Prayer in 1780), the primer was used to teach Mohawk children the alphabet to read Christian doctrine (estimate: $15,000/$20,000). An early hornbook with a printed sheet containing the alphabet and more is stamped with the effigy of Charles II on horseback. It is one of six lots of hornbooks in the sale (estimate: $1,500/2,000). 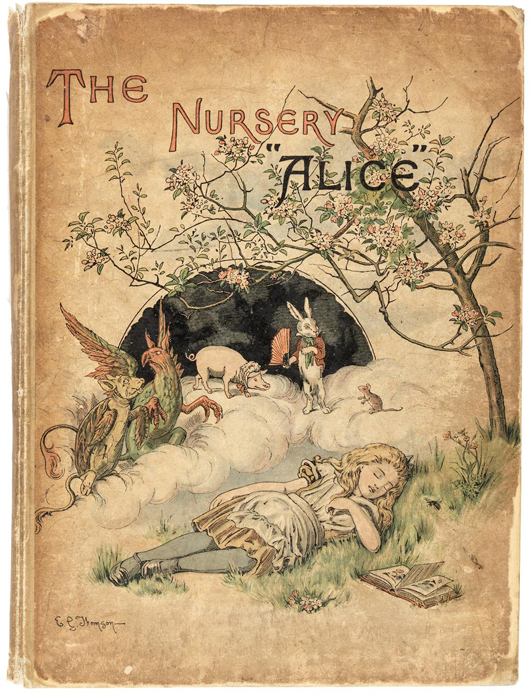 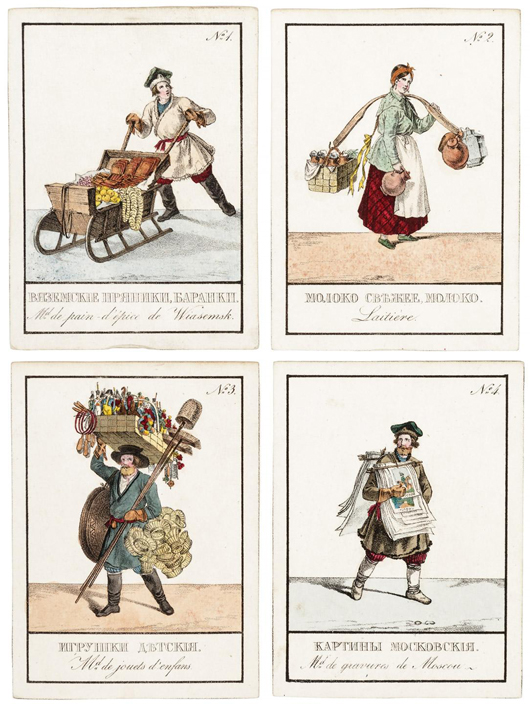 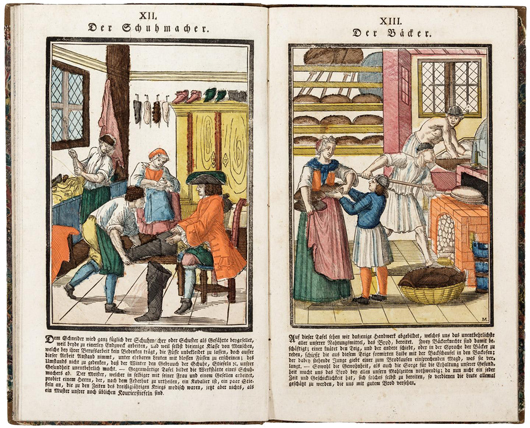 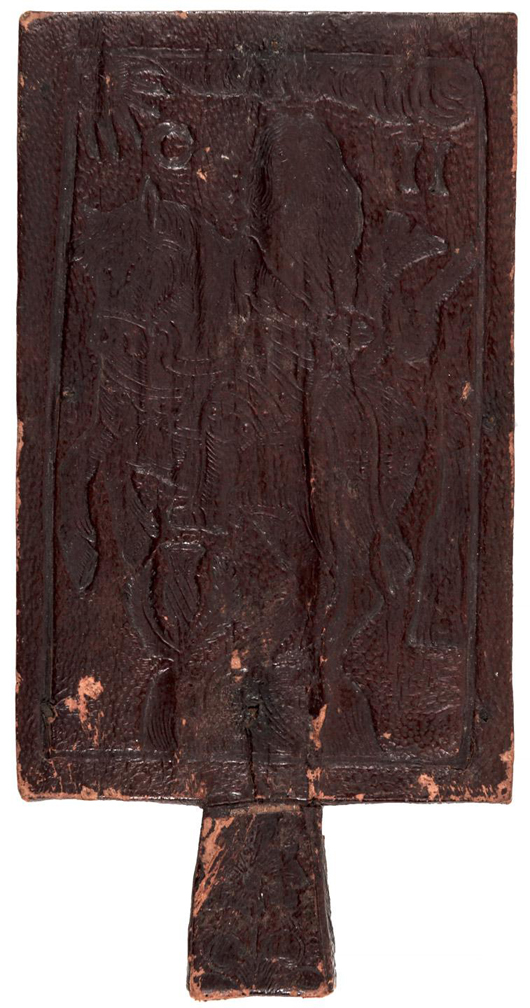 Hornbook stamped with the effigy of Charles II on horseback. PBA Galleries image. 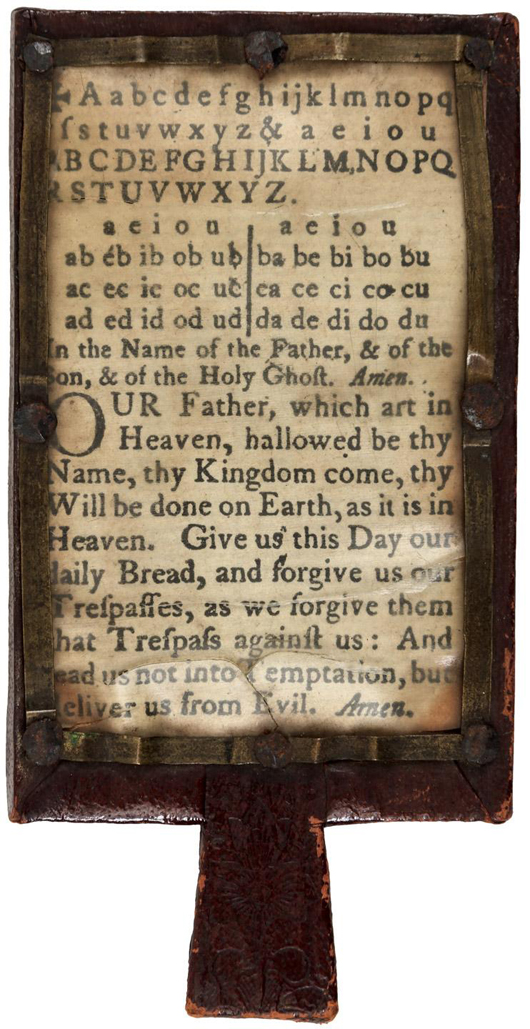 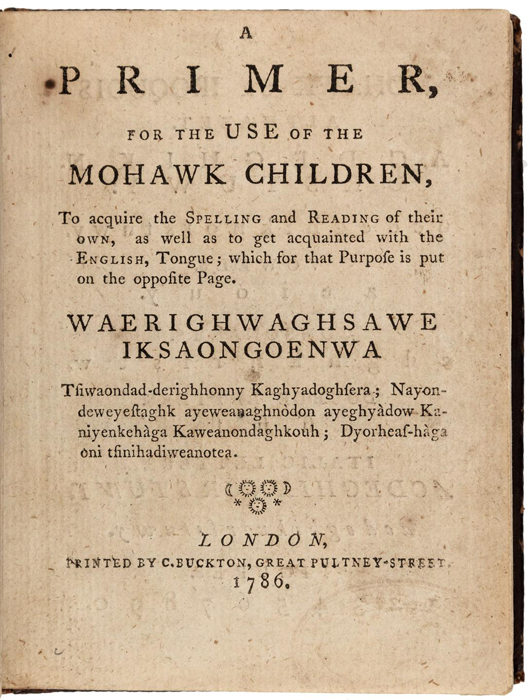 ‘Primer for the Use of Mohawk Children.’ PBA Galleries image. 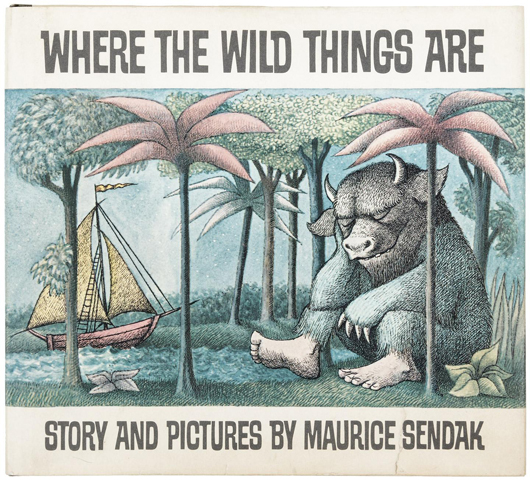 Sendak’s ‘Where the Wild Things Are.’ PBA Galleries image. 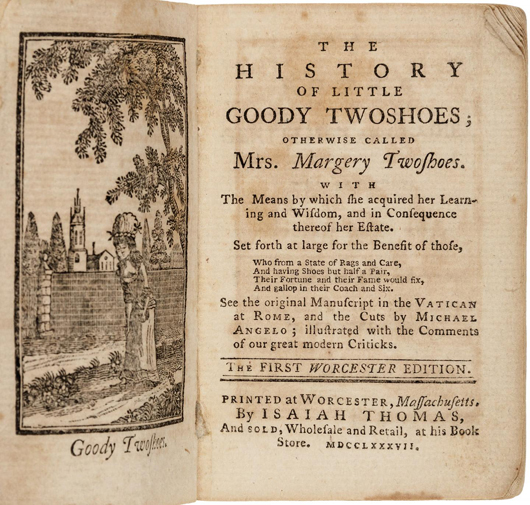 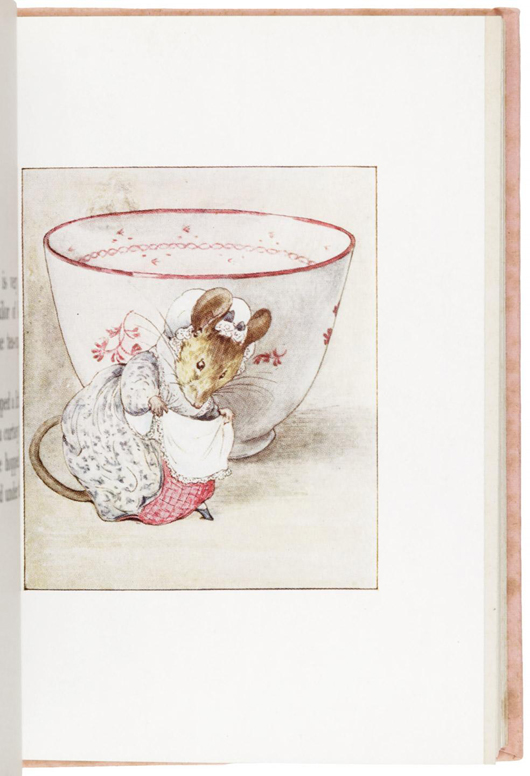 An illustration in ‘The Tailor of Gloucester.’ PBA Galleries image.