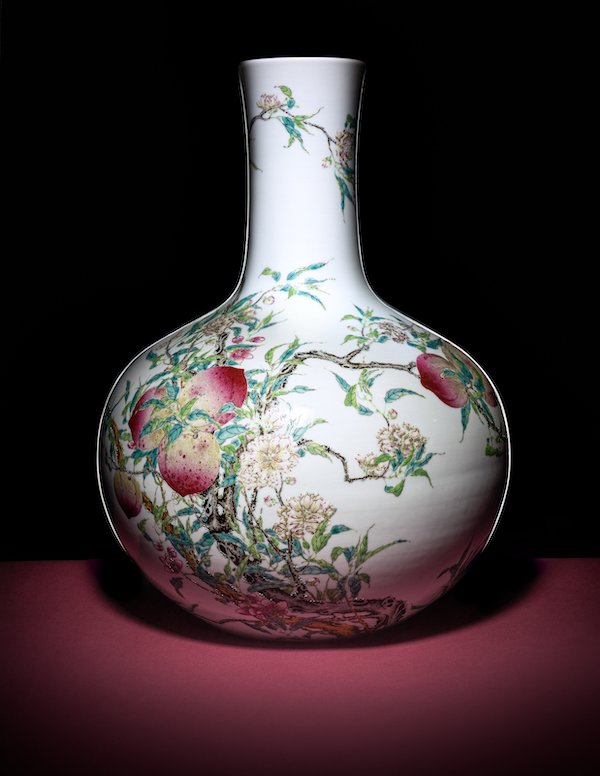 CHICAGO – A famille rose Nine Peaches globular bottle vase will be the centerpiece of Hindman’s Friday, September 23 Chinese and Himalayan Works of Art auction. The massive, intricately decorated masterpiece will highlight an offering of imperial porcelain. A jadeite necklace from the estate of Hizaso Nagatani, a renowned Chicago collector and connoisseur of Asian works of art is another standout item. Absentee and Internet live bidding will be available through LiveAuctioneers.

Hindman will once again offer property from the estate of Hizaso Nagatani, an esteemed collector and connoisseur of Asian works art. Nagatani became passionate about Asian art in his adolescence, and joined Yamanaka & Co., one of the early pioneers of the Asian art trade, at the age of 17. He grew up in Beijing traveling throughout China handling porcelains, bronzes, stone sculptures, jades and pottery before relocating to Boston and, eventually, Chicago. Once he arrived in the United States, Nagatani’s career began to take off and he was soon managing Yamanaka & Co.’s storefront on the prestigious Magnificent Mile. In 1944, he opened a new gallery in his own name on North Michigan Avenue, Nagatani & Co, where he built an impressive clientele including local celebrities and industry figures such as Ann Landers and Abigail Van Buren, Louis Hill, Robert Mayer, Avery Brundage and the Alsdorfs. 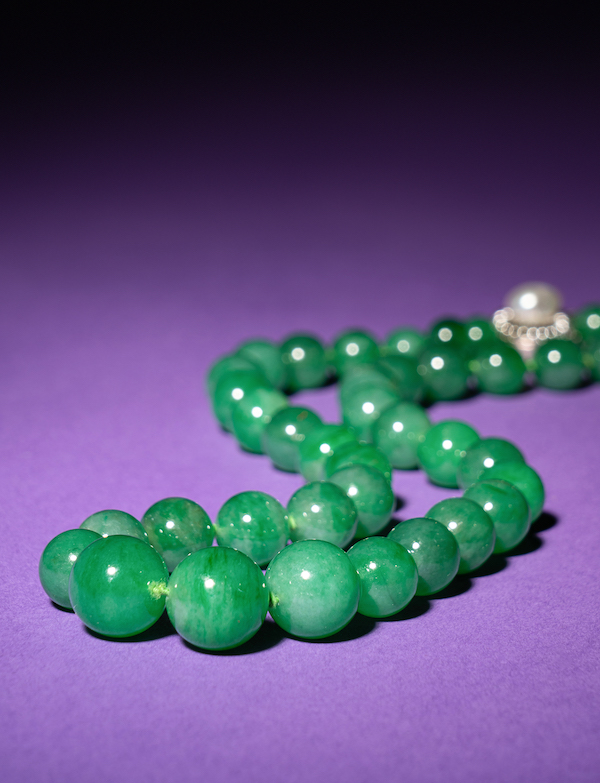 A green jadeite and pearl beaded necklace is the most highly watched item from the collection. Estimated at $200,000-$250,000, the necklace is made up of 39 beads, more than average for a necklace of this kind, with the largest beads measuring at a large size of around half an inch.

The aformentioned Nine Peaches globular bottle vase, dating from the Qianlong period, is expected to see fierce competition. It appears in the sale as Lot 29, and its estimate is provided upon request. Based on its impressive size – more than 20 inches – and the continuous decoration of peach-filled branches, it is very likely that the vase was a focal point of a prominent imperial setting and may have been placed as in a room similar to that of an emperor’s study. The illustration of peaches and the use of nine of them, a number representing imperial power in China, is another indication that this was a focal point of a royal setting. 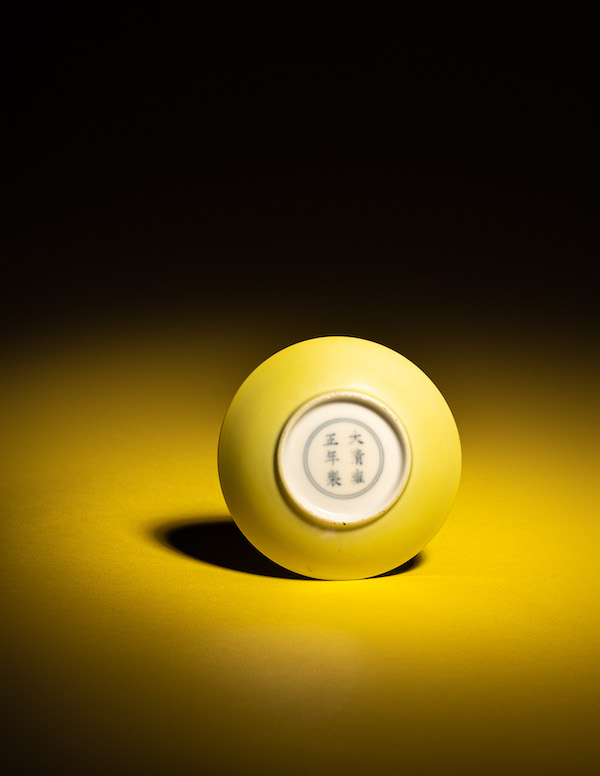 An array of colorful porcelain will kick off the sale, highlighted by a small lemon-yellow glazed porcelain saucer dish estimated at $15,000-$20,000. It comes from the estate of Margaret S. Tom of Eloy, Arizona, and it stands out for its outstanding craftmanship; it is finely potted and features flaring walls rising above a flat base.

Margaret S. Tom was born to first-generation immigrants Susan and Henry Tom, and raised in Chicago. During her time traveling for work for the U.S. State Department, she came to appreciate other cultures and began developing her collection. She also inherited a passion for the arts and an eye for beauty from her mother, a skilled painter of Chinese landscapes. Upon retiring in Eloy, Arizona, she bequeathed her art collection to the Pui Tak Center, a church-based community center in Chicago’s Chinatown, in honor of her parents, who settled in the area years before. The proceeds from the sale will support charitable work serving immigrants. 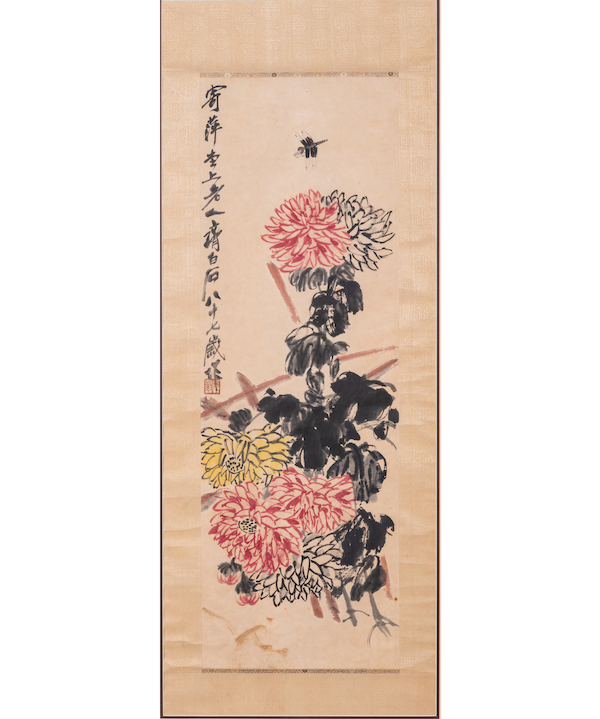 Isabel Chang inherited the works in an offering from Yu Hung-chun, a prominent political figure in Shanghai and Taiwan who was active throughout the mid-20th century. Remarkable paintings are the highlights of this collection, most notably Qi Bashi’s Chrysanthemums and a Dragonfly, estimated at $40,000-$60,000. 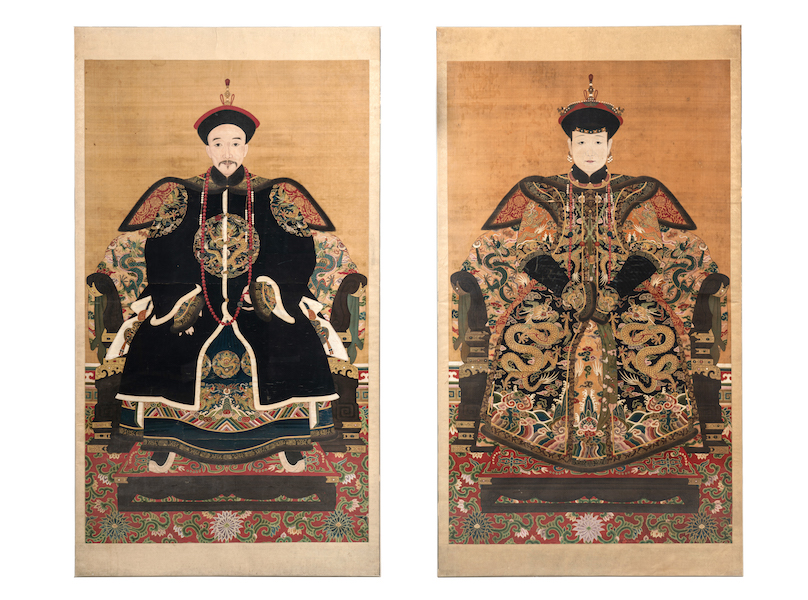 A pair of portraits of a Manchu prince and princess are among other paintings expected to draw attention. Together, the portraits of the royal couple carry an estimate of $50,000-$70,000. 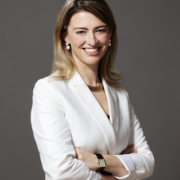 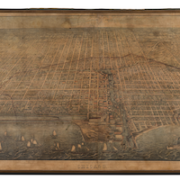 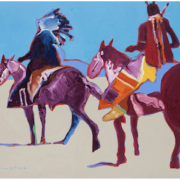 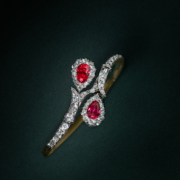 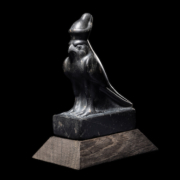 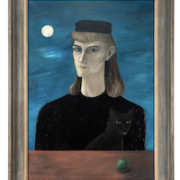 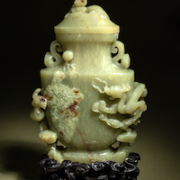 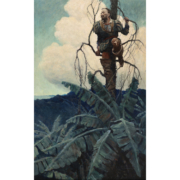