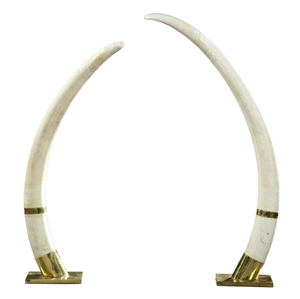 Start times both days will be 9 a.m. Central. Around 1,250 lots will be offered, to include Chinese and Russian objects, silver, furniture (American, English, French and Continental), antique lighting, estate jewelry, Southern art, Oriental rugs and more. Internet bidding will be facilitated by LiveAuctioneers.com. Phone and absentee bids will also be taken.

One of the Russian icons is an oil on curved wooden panel of the Mother of God of the Sign, with a silver oklad (St. Petersburg, 1799). It is 11 1/8 inches tall by 9 1/4 inches wide. The other icon is a large and unusual panel depiction of three saints (including St. Timothy and St. Pantelaimon), presented in a rounded stepped edge trefoil frame. Both should hit $6,000-$9,000.

Additional noteworthy artworks will include the following:

Certain to attract keen bidder interest is a French Empire-style three-piece bronze and porcelain clock set (est. $1,000-$2,000), made circa 1870 by A. D. Mougin (perhaps Sevres). The set consists of a cobalt urn-form clock and a pair of matching six-light candelabra, with scrolled relief decorated arms. The clock is 21 inches tall; the candelabra are 26 1/2 inches tall.

Crescent City Auction Gallery LLC is always accepting quality consignments for future sales. To consign a single item, an estate or a collection, phone 504-529-5057; or email them at info@crescentcityauctiongallery.com. 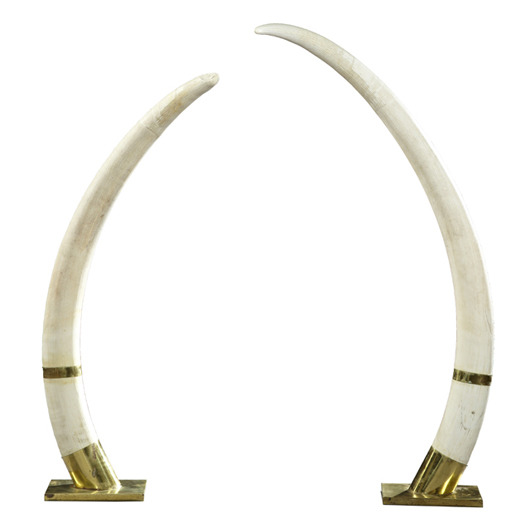 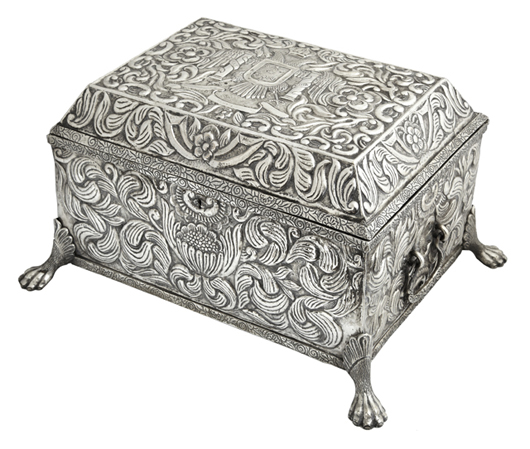 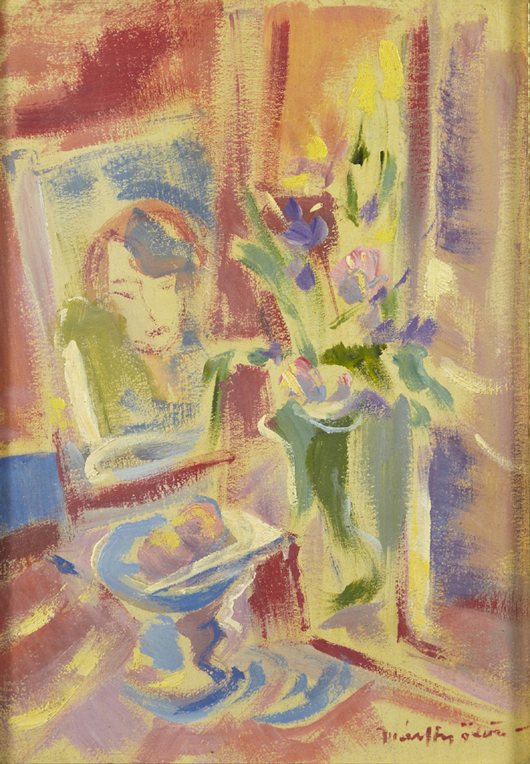 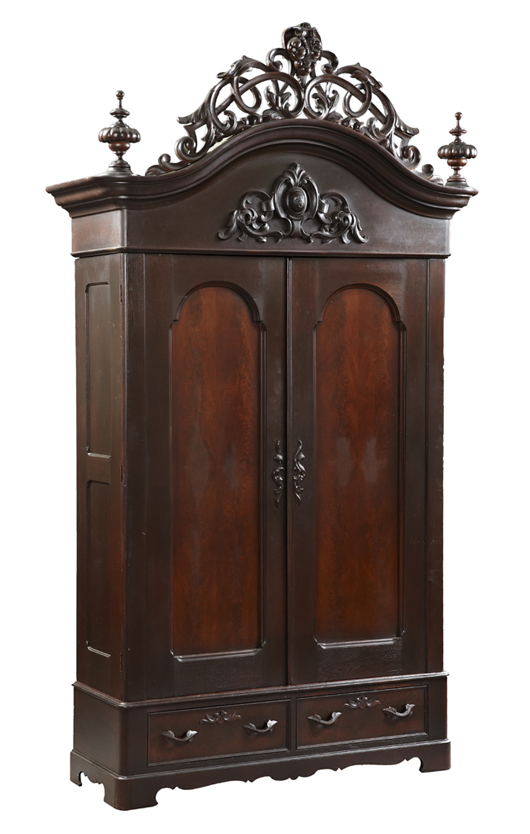 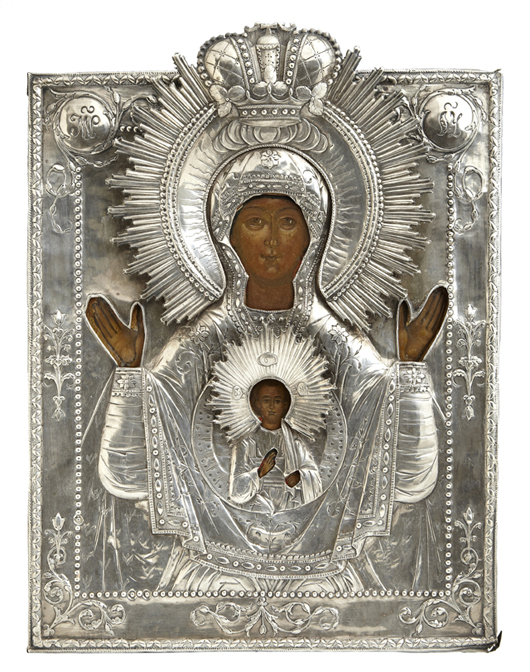 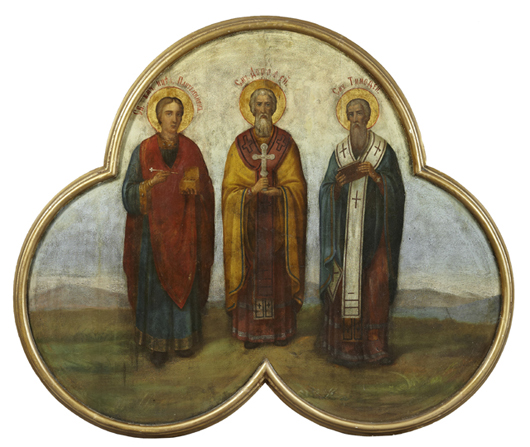 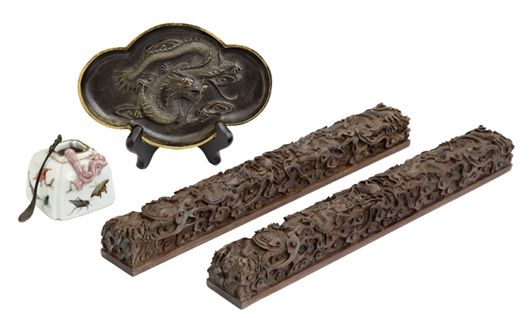 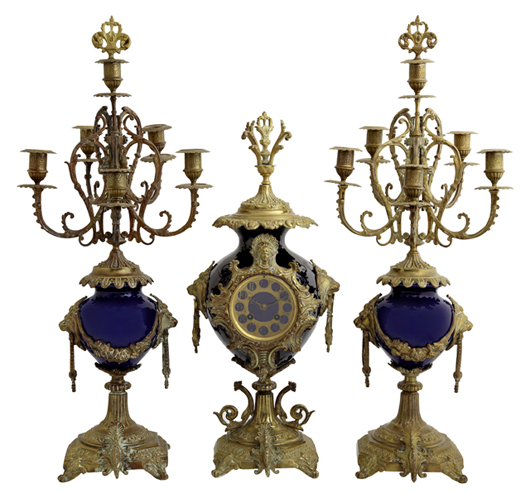