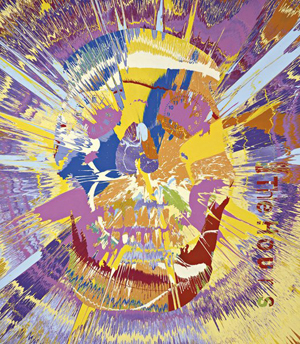 LONDON – Phillips de Pury & Co.’s new series of theme auctions held in London and New York blends contemporary art and popular culture in an exciting, innovative way. Their third MUSIC theme sale, which will take place on Saturday afternoon, Nov. 21, 2009 at the company’s London galleries, adds a new dimension to the auction experience with the introduction of live music and a cross-pollination of artistic sources.

Simon de Pury, chairman of Phillips de Pury & Co., commented: “Whether it’s Peter Blake creating the ultimate album cover for the Sgt Pepper’s Lonely Hearts Club Band by the Beatles in the 60’s or more recently, Damien Hirst doing all the fabulous artwork for the last two releases of The Hours, there has been an inextricably close link between art and music.”

Top lots include two works by Damien Hirst, Beautiful Psychedelic Rays of Dancing Love Hours Spin Painting, 2008; and Spin Skull with Clocks in Eyes, 2008. Both works were produced in collaboration with the band The Hours.

Also included is a silkscreen on paper by Andy Warhol titled Michael Jackson, 1984, and a work on paper by Martin Kippenberger, Untitled (Self Portrait, Chelsea Hotel), 1990. These top works will be auctioned off alongside artworks by other important names in contemporary art, including Sam Taylor-Wood, Thomas Hirschhorn and Candice Breitz.

The inclusion of artworks created by contemporary musicians is the section that Phillips de Pury is proud to introduce as part of this new concept. Presenting some of the biggest names in music alongside some of the celebrated contemporary artists of today, the sale provides a new dynamic and dialogue between art and music. Some of the works included in this section are by Nick Rhodes, Pete Doherty, Moby, and Marilyn Manson.

In addition, rock, pop and hip hop memorabilia round out the auction, with such inclusions as hip hop jewelry, fashion, toys, musical instruments and lyrics. Top lots include Damon Dash’s platinum and Asscher-cut diamond cross pendant, and Bob Dylan’s signed Greatest Hits album cover. A limited edition Gibson Flying V electric guitar, used by Michael Jackson in the video for Scream will also be offered, alongside Björk’s multicolored couture dress designed by Bernhard Willhelm and worn during her Volta Tour.

According to Phillips de Pury, the MUSIC sale will be the first auction ever to be held with live music. The acclaimed musician Matthew Herbert, will create a “sound carpet” to accompany the auction conducted by Simon de Pury.

A new printed catalog in the form of an art and lifestyle magazine has been created for the theme sales. Every catalog includes interviews with artists, curators and collectors, art world news and more. The MUSIC sale catalogue will include articles on: Martin Creed, Jónsi and Alex, Matthew Herbert, Daniel Birnbaum, Christian Marclay, Graham Coxon, Goldie and Jeffrey Lewis, and an interview with Damien Hirst. 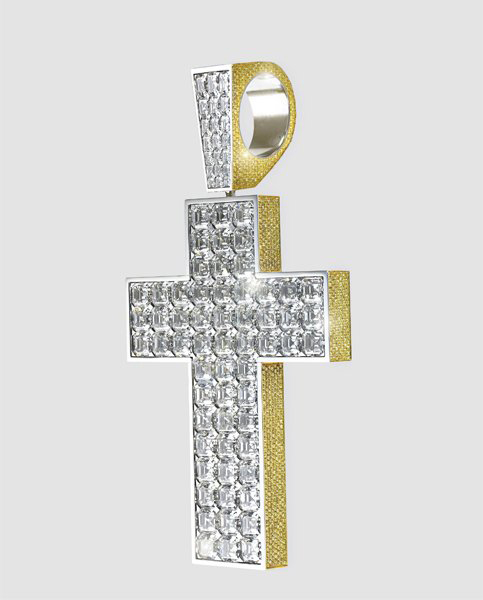 Pendant-ring designed as an Asscher-cut diamond cross, trimmed by pavé-set yellow diamonds, detaches, and can be worn as a pendant, mounted in platinum, made for and worn by Damon Dash, co-founder of Roc-A-Fella Records. Image courtesy LiveAuctioneers.com and Phillips de Pury. 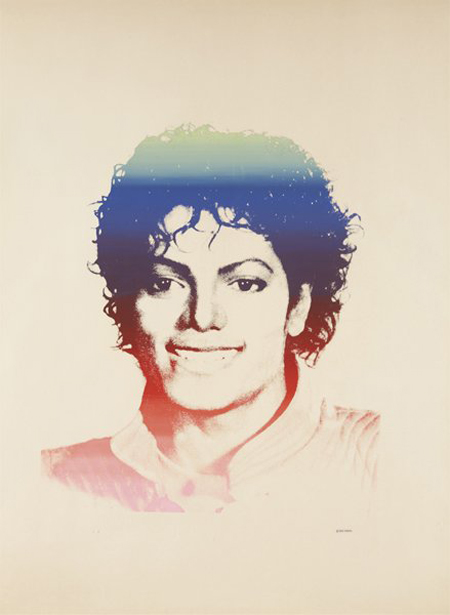