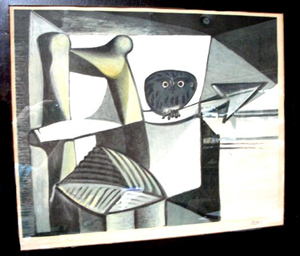 From a Philadelphia art pottery collector’s estate comes some 45+ pieces of Rookwood, Weller and quality designs from other makers. Major artists and all types of glazes, including vellum, are represented.

The same Philadelphia collector had several really fine Gone with the Wind lamps from Pittsburgh and Consolidated Glass Companies, including examples in the Regal Iris pattern and Imperial Red, Straw and Mandarin Orange motifs from Consolidated Glass. He also had several Czech fruit 1920s and ’30s glass table lamps.

Several vintage Rolex watches and one very fine, early, key-wind and set Vacheron & Constantin 18K enameled case watch will be offered. Other highlights come from the Estate of Fred Ossanna, a high-profile Minnesota criminal lawyer. The Ossanna collection yielded a fabulous find – an Agassiz platinum men’s1920s Art Deco wristwatch that had been kept in a safe deposit box for 40 years. The same estate was the source of a Vacheron & Constantine Mystery Watch, several large ladies’ high-quality diamond rings and bracelet watches, and a lamp table that may have been made under commission by Tiffany’s for a New York City client.

“Most people know about the lamps and other glass produced by Tiffany Studios, but not everyone knows that they also designed furniture for some of the great mansions of the turn of the 20th century,” said auction house owner John W. Coker. “This table features grapes in clusters with leaves, with an opening in the base for the lamp cord. Originally, there were glass panels behind each of the eight sides.”

Fred Ossanna’s Italian marble lion, which was present on his office desk for a number of years, is to be auctioned, as are the rare ephemera items he collected. Within the collection are Minnesota land grants and British 17th century indentures on vellum.

From The Wellesley Inn On The Square in Wellesley, Mass., comes numerous silver pieces, glassware, brass, and items used in parties, weddings and receptions that will stir memories of pleasant events there. The inn was well furnished in colonial-theme antiques. While the building itself was eventually demolished, its owners, the White family, kept most of the antiques from the inn’s public area. It is that collection that will be auctioned on June 18.

A family that formerly lived in Arizona has consigned Native-American pottery that was in their possession before the 1930s when they moved to Tennessee. Their collection also features two interesting rugs, one of which dates to the late 19th century and has a Mexican flag with eagle and snake woven into its center.

In the 1930s during the Depression, a Steinway Pianos dealer from the Knoxville, Tenn., area went to Philadelphia on business and returned home with two large paintings purchased from an unknown museum that needed funds to remain open. The artworks, which were displayed in the piano showroom for more than 50 years, seem to show the Crossroads area that is now West Chester, Pa.

Collectors of cut glass from the American Brilliant Period will be pleased to have a chance to bid on the large punch bowl, lamp and Sinclair epergne. Southern offerings include Cherokee baskets, a painted blanket chest, pottery, a walnut Tennessee beaten biscuit table from a Nashville-area plantation, vintage firearms, estate Oriental rugs and carpets, a Tennessee/Virginia corner cupboard and Tennessee paintings.

A Neiman-Marcus executive who was in Europe after World War II on a buying trip purchased a painting of a lady that is signed “Watteaux.” It has an old Paris gallery label on the back. “With good research, someone may discover the sitter’s identity,” said Coker. “She is pretty, wearing lots of jewels and pearls, which suggests she was a prominent person.”

A special highlight of the sale is the collection of seven Picasso original Picasso drawings consigned by a London collector. Previously, the art was owned by a friend of the Picasso family. Some of the artworks were painted inside book covers and books at exhibitions.

A set of silverplated flatware from the old Americana Hotel in Miami Beach was purchased by the consignor’s brother-in-law in 1959. “The Americana was a legendary Miami Hotel that later became known as the Sheraton Bal Harbor,” said Coker. “In 2007, the hotel was demolished.” 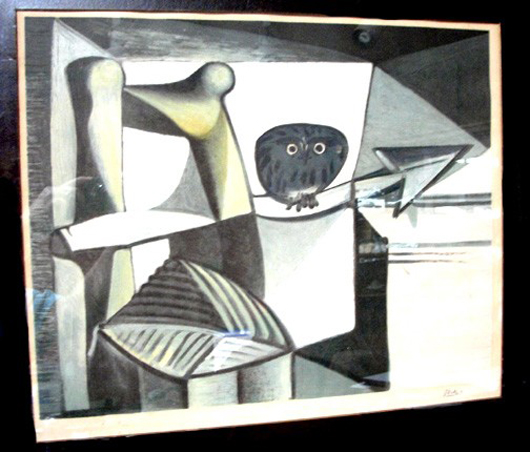 Police: Body found in Latvia could be missing British artist