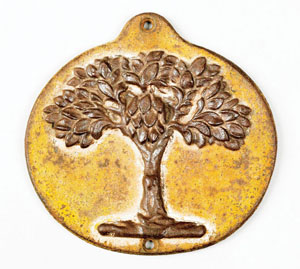 DOWNINGTOWN, Pa. – On Nov. 19, Pook & Pook Inc. Auctioneers and Appraisers will sell a collection of the CIGNA Firefighting and Maritime Objects from The Smithsonian’s National Museum of American History. LiveAuctioneers will provide Internet live bidding for this unique sale.

In 2004, the Smithsonian Institution received a remarkable offer from the CIGNA Corp. in Philadelphia. CIGNA proposed the donation of its extraordinary collection of historic firefighting and maritime artifacts to the National Museum of American History. As the nation’s oldest fire and marine insurance company, CIGNA’s predecessor, the Insurance Company of North America, had amassed several thousand historic objects and materials dating as far back as 1792. These ranged from pieces of water mains and sections of fire hoses of all periods to actual fire engines, marine paintings, prints and ship models. The company also saved extensive business materials from its past, including street signs, commemorative silverware, boardroom tables and souvenirs.

The Smithsonian has had a long-standing association with the CIGNA Museum and Art Collection. The INA loaned portions of its collections to the Smithsonian’s National Museum (as it was then known) as far back as 1939, for display in the Arts and Industries Building on the National Mall in Washington, D.C. When the National Museum of American History opened in January 1964 (as the National Museum of History and Technology), the INA loaned more of its historic maritime and firefighting collections to help fill the museum’s halls. Coincidentally, the museum displayed these artifacts in the area that became the Hall of American Maritime Enterprise. Once again, in 1978, the INA stepped forward and provided support and content for a re-creation of a 19th-century insurance underwriter’s office in the center of the maritime exhibition, which remained until the museum’s 2006 closure for extensive renovation. The museum finished a two-year, $85 million renovation of the building’s center core in November 2008, completely transforming its architectural appeal while reorganizing and renewing the presentation of its extensive collections. One of the new exhibitions, On the Water, is dedicated to maritime America and contains CIGNA collection items.

Items were first distributed to the museum’s maritime history and community life collections, and then among its other collecting units such as graphic arts, military history, textiles and political history. As the unpacking and processing continued, it became apparent that the museum already had examples of many of the artifacts. For example, the museum’s collections included two fine scale ship models of USS Constitution, better known as Old Ironsides – one of the original six frigates in the U.S. Navy. CIGNA’s marine collection included an additional four Constitution models. These duplicates were not added to the Museum’s collections, but put aside for future distribution, along with objects that did not fit within the museum’s mission. Then the museum transferred objects to other Smithsonian museums. For example, early aviation prints, airplane models, and portraits went to the National Air and Space Museum, the National Portrait Gallery and the Smithsonian American Art Museum.

This sale encompasses a wide variety of objects, beginning with some of the many intricate fire fighting models including hose reel carriages, pumpers, hook and ladder carriages, hose sleds and steam engines. The next items sold will be the first group of leather fire shields and cast-iron fire marks from various institutions including the Philadelphia Contributionship, Franklin Insurance of St. Louis, United Firemen, Lumbermen’s Insurance Co. and the Mutual Assurance Co. of Philadelphia. A large W.E. Sparks Studio Inc. wood and plaster diorama titled Fighting Fire in 1828 is a scene from a fire at Second and Market streets in Philadelphia with the Old Court House and Old Christ Church in the background. Various other fire fighting related objects include leather-covered copper fire hose sections, fire hats and buckets, grease buckets, hose nozzles, fire belts, work torches and fire axes.

Ship models of a number of American clipper ships will attract interest. These include models of the S.P. Hitchcock, the Sovereign of the Seas, the USS Constitution and others. A dramatic oil on canvas equestrian portrait of George Washington from the school of Thomas Sully is estimated to bring $4,000-$8,000. A number of oil on canvas portraits of INA executives with intricate period gold frames including examples by Prendergast and Harer will be offered throughout the evening. These include a portrait attributed to Robert Field of John Maxwell Nesbitt, the first president of INA and a mid-19th-century oil on canvas depiction of the signing of the Declaration of Independence.

Other items that graced the halls of the insurance company include banjo clocks, fire related prints and lithographs, a Bailey, Banks and Biddle tall-case clock, barometers and a pair of French carved walnut ships quarter gallery figures.

Most of the CIGNA Museum and Art Collection objects remain at the Smithsonian; some of them are already on display. Millions of visitors now enjoy these remarkable artifacts and learn about their significant role in shaping American history.

All proceeds from this auction will go into a dedicated fund for the purchase of objects to strengthen and augment the museum’s existing collections. 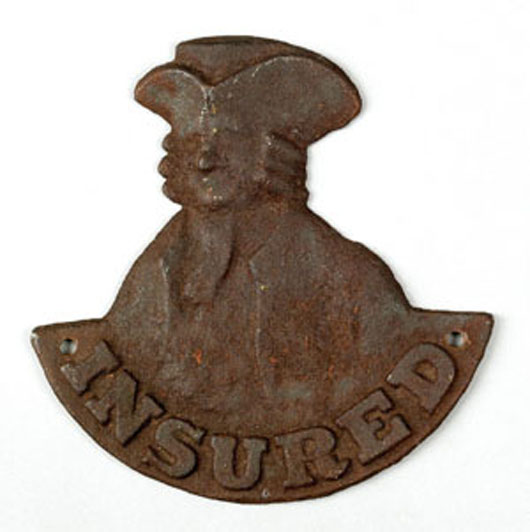 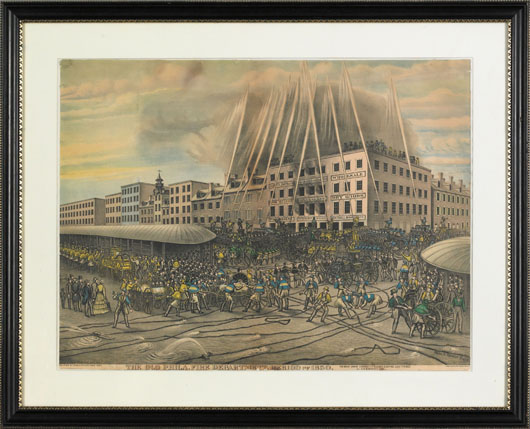 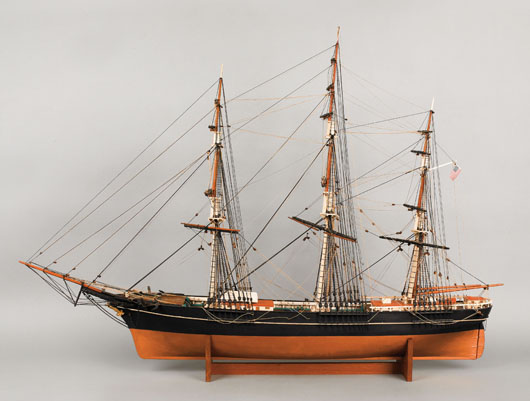 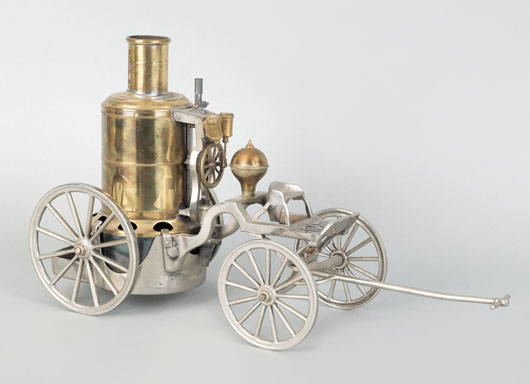