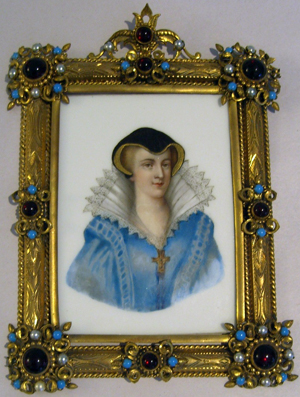 An 18th-century portrait of Mary Queen of Scots is painted on porcelain and presented in its original brass and jeweled frame with simulated pearls, turquoise and garnets. The 4-inch by 5 1/2-inch painting has a $400-$800 estimate. Image courtesy of Professional Appraisers and Liquidators LLC Antique Auctions.

CRYSTAL RIVER, Fla. – Professional Appraisers and Liquidators Antique Auctions will be the venue for the estate of Harry Renker, who was a retired commercial pilot and international purveyor of fine antiques. The auction is to take place on Saturday, June 26, beginning at 10 a.m. Eastern. Auctioneer Charles Fudge, a 40-year veteran auctioneer of antiques, fine art and collectibles, said this collection is one of the finest he’s seen.

Renker’s career in aviation began in the U.S. Army Air Corps in the South Pacific, where he logged more than 200 combat missions and was awarded the Distinguished Flying Cross and three Air Medals. After returning to the states, he served as personal pilot and liaison to Generals Truesdale and Candee at Fort Leavenworth, Kansas. Renker was hired by Delta Air Lines in 1946 and was one of the oldest living retired Delta pilots. In addition to flying commercial and military planes, he flew ultralights until he was 87 years old.

Aviation was not Renker’s only passion. He and his wife, Gayle, loved fine art and antiques, and traveled the world to add to their ever-growing personal collection. Renker and his wife began their journey in retail sales when they opened Valley Coin Shop in Aurora, Ill. They later opened Valley Coin and Antiques in Geneva, Ill., on the outskirts of Chicago.

They both studied and researched many types of antiques, but their primary areas of expertise were European antiques and antique jewelry. They also studied and collected antique weaponry and took an interest in American Indian artifacts.

Being a Delta pilot with discounted flights and cargo fees had its advantages. Renker would often go on antique shopping expeditions while on layovers in various cities. Perhaps the biggest benefit for a commercial pilot in the antiques business was the affordability of traveling to Europe and shipping their newly found treasures home. The Renkers often traveled to Europe to scout antique shops in the city and traverse off-the-beaten-path shops in England’s and Scotland’s countryside.

For many years, a big event at their antique store in Geneva, Ill., was the arrival of the Renker’s container of antiquities they’d purchased during their buying excursions throughout Europe. Clients would arrive at the shop in excited anticipation of the unveiling of the treasures they’d found.

It is with that same anticipation that Professional Appraisers and Liquidator’s Antique Auction Gallery will offer the Renker’s personal collection at auction. The collection will be available for preview on Friday, June 25 from 10 a.m. to 5 p.m. and on Saturday from 8 a.m. until the auction begins.

The Renker estate auction, with select additions, will feature fine art, including antique oil paintings, ivory carvings, bronze and marble statues, Austrian cold painted bronzes and miniatures including Bergman, and paintings on ivory and porcelain including KPM. Other European items from the Renker’s personal collection include antique furniture ranging from the 17th century to Victorian and antique armor and weaponry. North America antiques include American Indian Pottery and clocks by makers such as Tiffany & Co. Some unusual items will be available, such as a Victorian gilded mother of pearl posy holder or tussie mussie, a Russian bronze snuff box, a signed Bergman pen holder in the form of an Owl on a Feather and other Austrian cold painted bronze items and miniatures to name a few.

These table globes made and sold by W. Bardin, London, will be sold separately. The 19th-century celestial globe, approximately 9 inches in diameter, has a $2,000-$3,000 estimate. The similar 18th-century terrestrial globe is estimated at $2,500-$3,500. Image courtesy of Professional Appraisers and Liquidators LLC Antique Auctions. 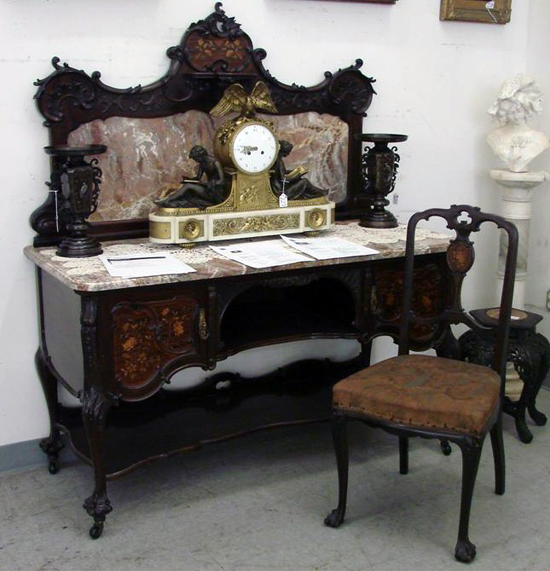 This marble-top mahogany washstand of an extravagant eight-piece 19th-century marquetry inlaid bedroom suite will be sold with a matching chair. Other pieces of the suite will be sold in succession. The washstand and chair are estimated at $1,000-$2,000. Image courtesy of Professional Appraisers and Liquidators LLC Antique Auctions. 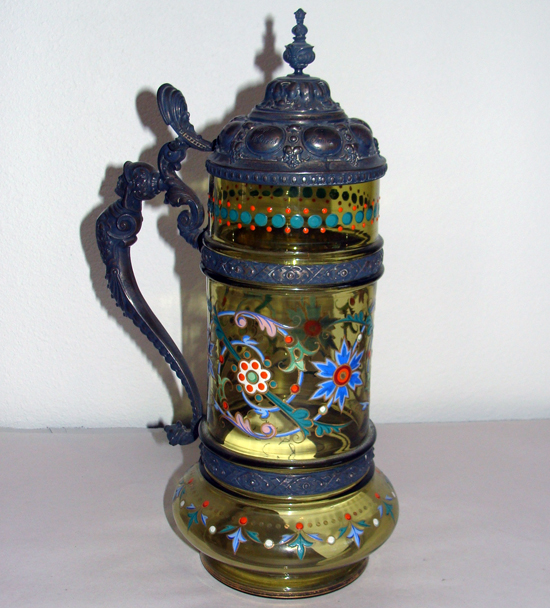 Spectacular and rare describe this regimental Prussian art glass stein of enameled glass in a sterling silver handle, frame and lid. Bearing the names of 12 soldiers, the stein is expected to make $800-$1,200. Image courtesy of Professional Appraisers and Liquidators LLC Antique Auctions. 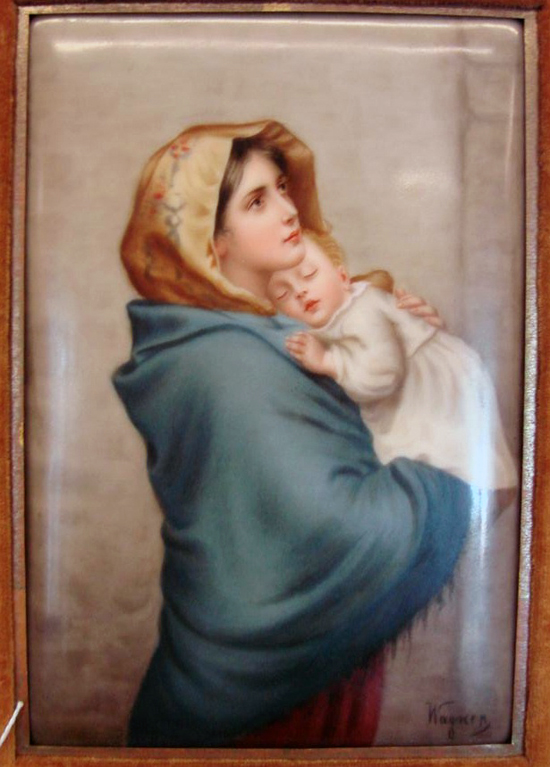 Signed ‘Wagner,’ this painting on a Hutschenreuther porcelain plaque is estimated at $1,000-$2,000. Image courtesy of Professional Appraisers and Liquidators LLC Antique Auctions.

After decades in basement, cigar store Indian sells for $203,150