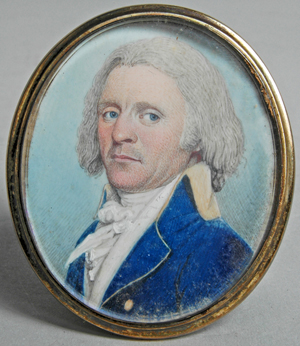 NEWARK, Del. – The estate of Elinor Hubley-Cann will be presented in Mid-Atlantic Auctions’ next sale to be held at the Newark Senior Center on Saturday, April 7. Internet live bidding will be provided by LiveAuctioneers.com.

Hubley-Cann was the daughter of Frederick Hubley of the well-recognized auction firm of F.B. Hubley Auctioneers of Cambridge, Mass. The Hubley firm, established in 1935, is well known throughout the Northeast as a source of fresh to the market estate merchandise. Hubley’s annual Presidents’ Day auction was a staple among collectors and savvy dealers for over 60 years.

Highlights from Hubley-Conn’s collection include an important miniature painting on ivory depicting the naval officer Capt. James Sever of Kingston and Duxbury, Mass. Sever christened the USS Constitution with a bottle of Madeira and was captain of the legendary frigate USS Congress from 1800 to 1801. This portrait miniature was acquired by Fred Hubley, Elinor Hubley’s father in the late 1940s directly from the Sever estate of Kingston, Mass.

Also from the Hubley-Cann estate will be items drawn from a large collector’s cabinet including some interesting Chinese jade objects, Peking glass and Chinese brass incense burners.

The estate of Ruth Milliken Murphy, late of Concord, Mass., will also be represented in this auction. Murphy’s family was from Marblehead, Mass., and at the age of 13 the family moved to Indianapolis. The Murphys also maintained residences in New Canaan, Conn., and Washington, Conn., prior to living in Concord. Her mother and father were active as one of the founding families of the John Herron Art Museum. Highlights include an important John Marin etching titled The Woolworth Building, also known as The Dance, purchased in 1931. This rare print is accompanied by its original sales receipt from a Manhattan gallery. The piece is believed to be one of approximately 30 that were produced. Murphy’s husband George worked as a banker at the Woolworth Building. Highlights from the Murphy collection include a fine 16-inch polychrome Delft charger, an English boxed tole tea service, fine decanters and a pearlware ram and ewe. Most lots in the collection were purchased from major dealers in the 1950s and 1960s and include their original receipts.

Mid-Atlantic is pleased to offer a collection of over 40 fine Oriental carpets. Highlights include two circa 1890 silk carpets from a prominent North Shore Long Island estate/trust. The silk rugs were originally used in the collector’s/ambassador’s seasonal home in Provence, France. Other rugs from Massachusetts, Delaware and Baltimore estates include room-size Blue Sarouk, Kuba, Shirvan and Herez examples.

An important estate collection of over 100 pieces of American Glass will be sold. Highlights include a Tiffany trumpet vase with bronze pineapple base, a large Steuben apple green Cluthra vase, a wafer top calcite and gold aurene candlestick and several Durand vases. Other makers include Sandwich, New England Glass Co., Quezal, Mount Washington and Loetz.

Americana from the estate of Maryanne Klopman of Marblehead, Mass., will be sold. Klopman inherited items that descended in the Klopman family of New Jersey and New York City (Burlington Industries). Highlights include the Klopman family cherry Chippendale chest, which exhibits typical New Jersey and Mid-Atlantic characteristics including fluted quarter columns and ogee feet. Also from the Klopman estate are a tiger maple Hepplewhite chest of drawers, a Rhode Island tiger maple slant-lid desk, a Massachusetts Chippendale wing chair, Dutch tobacco boxes and many additional accessories.

From the estate of Everett Chapman of Ipswich, Mass., the auctioneers will be selling a collection of vintage trains, circa 1920-1930, by Lionel. Also from the Chapman estate is a five-speed 4.75-scale model working live steam train engine marked Waushakum, along with Revolutionary War and Civil War regalia including belt buckles, swords and accessories. 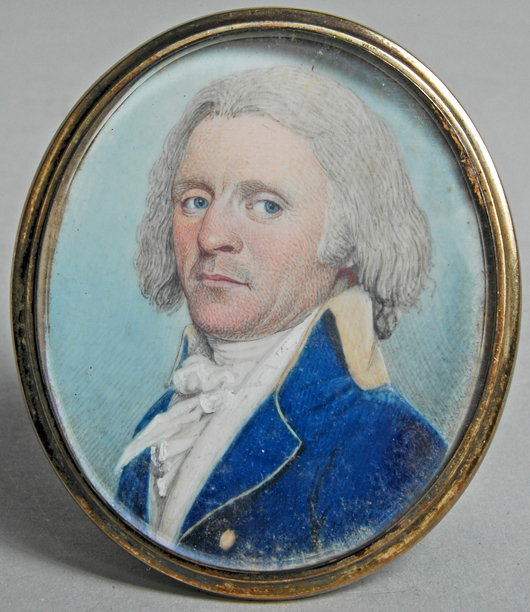 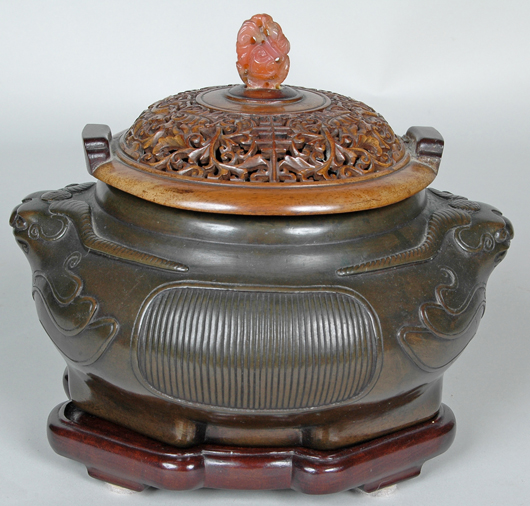 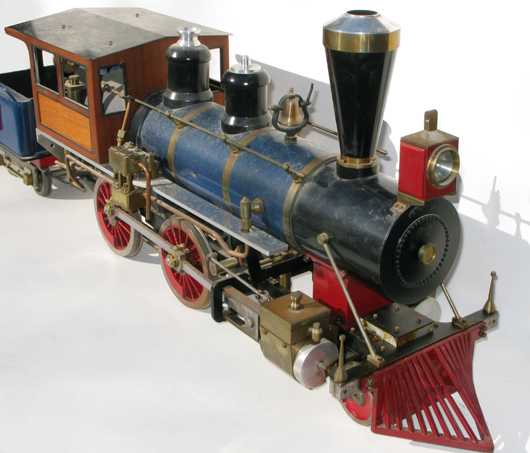 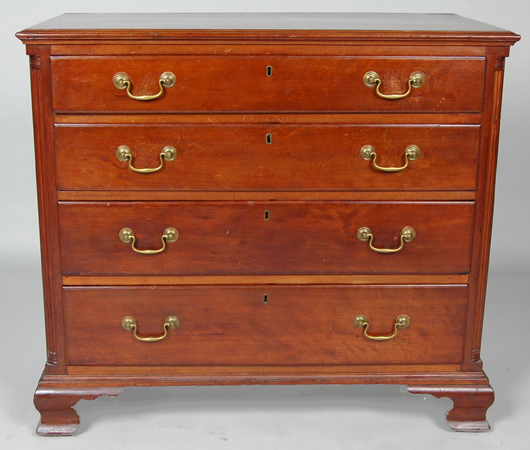 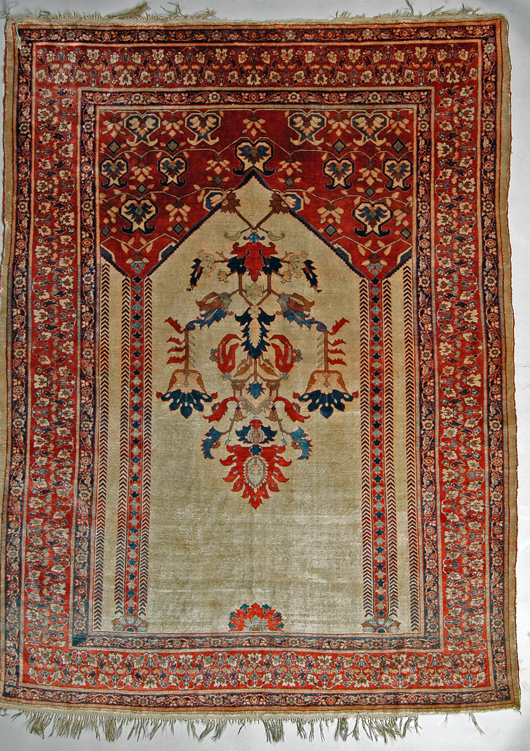