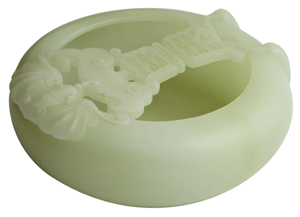 NEW ORLEANS – An 18th century Chinese Qianlong celadon jade censer with a pre-sale estimate of $15,000-$25,000, items from the living estate of iconic New Orleans artist and photographer George Valentine Dureau (b. 1930) and an untitled glazed ceramic sculpture by Lynda Benglis (Am., b. 1941) are all part of a huge weekend auction planned for July 13-14.


The auction will be conducted by Crescent City Auction Gallery, in the firm’s gallery located at 1330 St. Charles Avenue in New Orleans, with Internet live bidding through LiveAuctioneers.com. Start times both days will be 10 a.m. (CST). Over 1,200 lots will be offered, to include fine art, antique clocks, Chinese objects, Persian rugs, period American and European furniture, antique lamps and lighting and decorative accessories.

The Chinese censer is the expected top lot of the auction. Executed circa 1736-1795, the piece features a central band across the bowl, with the lip carved with a bat. The other side shows relief tassels, framing Chinese characters within. The censer is two inches tall and 6 ¼ inches in diameter. Similar ones have sold at Sotheby’s and elsewhere for much more than the estimate.

George Dureau has been called the quintessential New Orleans artist. The 83-year-old artist-photographer was a French Quarter fixture for years, but now Alzheimer’s Disease has forced him into a local nursing home. The auction of his estate items, in fact, will help defray some of his medical costs. A group called “Friends of George” has spearheaded this effort.

The auction will contain items that Dureau used professionally and personally. These include an American Southern walnut tester bed, a cypress refractory table, a pair of Mid-Century Modern Bertoia diamond chairs, a large carved wooden statue of a winged horse, Bentwood dining chairs, pottery pieces and photo props that Dureau used in his picture-taking.

In the auction’s fine art category is a piece by Lynda Benglis, a Louisiana-born sculptor who now lives and works in New York. She is best known for her wax paintings, poured latex sculptures, knot-shaped “environments,” fountains and graphics. The work being sold is a glazed ceramic with gray and purple luster. It is a signed artist’s proof, 17 inches tall (est. $10,000-$15,000).

Antique clocks worth noting will include a late 19th century three-piece Louis XV-style bronze clock set, with the clock face and movement marked Tiffany & Co. (N.Y.), with a pair of matching five-light candelabra on relief support urns (est. $900-$1,500); and a French Empire gilt bronze mantel clock, made circa 1820 by Hunziker (Rue Debussy, Paris), with the right side showing a figure of a winged Eros, the left his swan form bow and arrows (est. $1,500-$2,500).

The American furniture category will be led by a gorgeous circa-1860 carved rosewood marble-top center table attributed to Alexander Roux, with white ogee-edged tortoise-top marble on a base with a shaped deep relief floral carved skirt (est. $5,000-$8,000); and a carved laminated rosewood settee (circa 1860), attributed to John H. Belter, in the Rosalie With Grapes pattern, having an arched back with fruit and flower carved crest (est. $1,000-$2,000).

Also offered will be a 19th century French Empire carved mahogany ormolu-mounted marble top server, with gray marble over a frieze drawer with a relief bronze ormolu mount of Zeus, flanked by other figures (est. $1,500-$3,000); and a Georgian-style carved mahogany breakfast bookcase (circa 1900) on a plinth and massive at 88 ½ inches tall (est. $1,500-$2,500).

Previews will be held from Friday, July 5, through Friday, July 12, from 10-5 (except on Sunday, July 7, when the gallery is closed). A late evening preview, lasting until 8 p.m., will be held on Wednesday, July 10. Internet bidding will be facilitated by LiveAuctioneers.com.


For additional information on any item in the auction, call 504-529-5057 or email info@crescentcityauctiongallery.com. 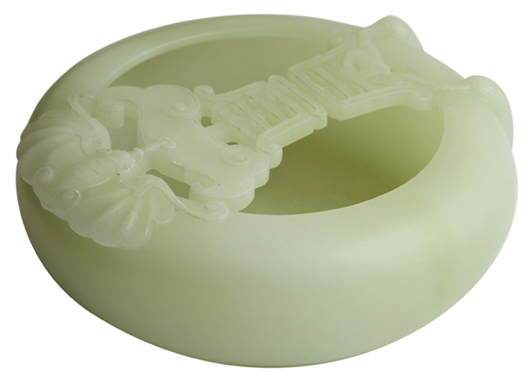 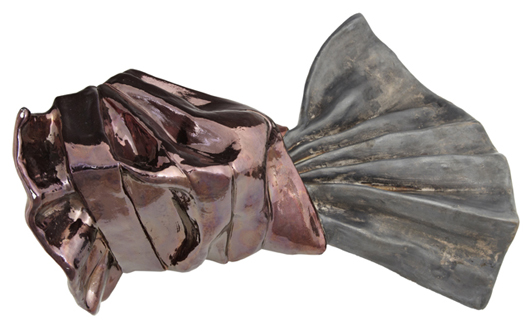 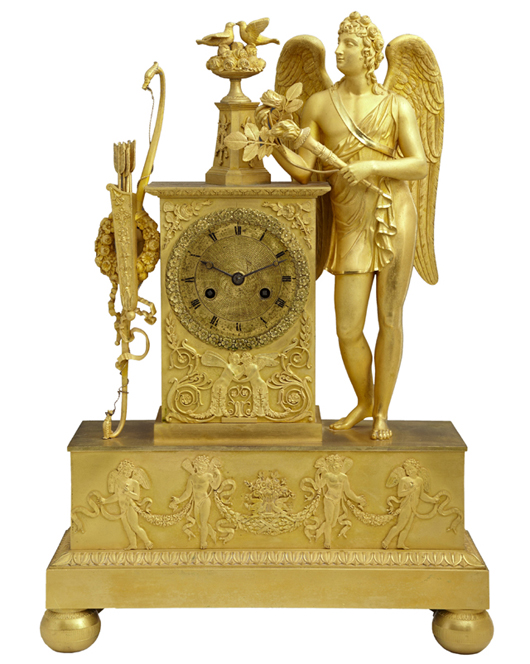 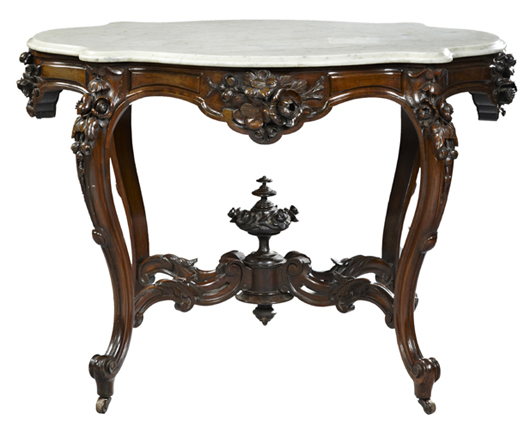 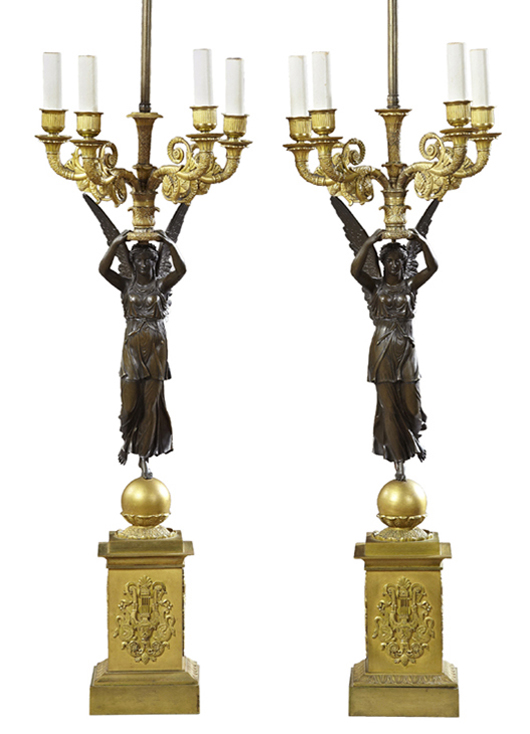 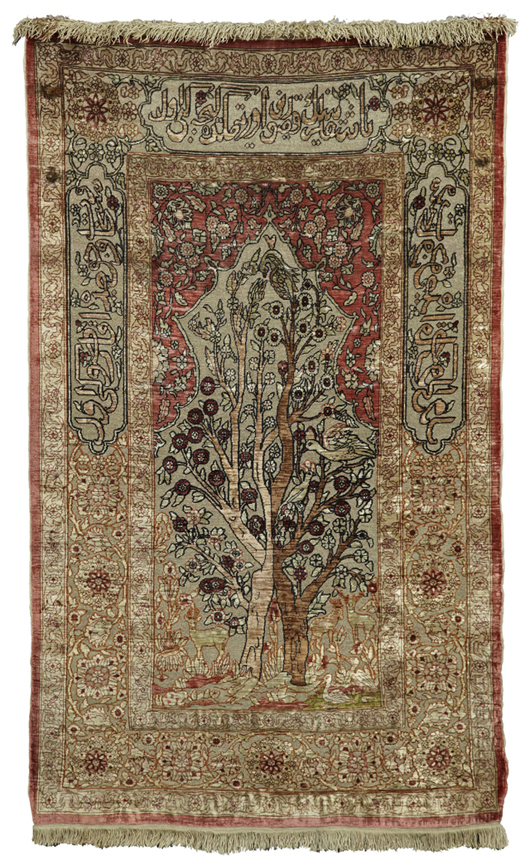 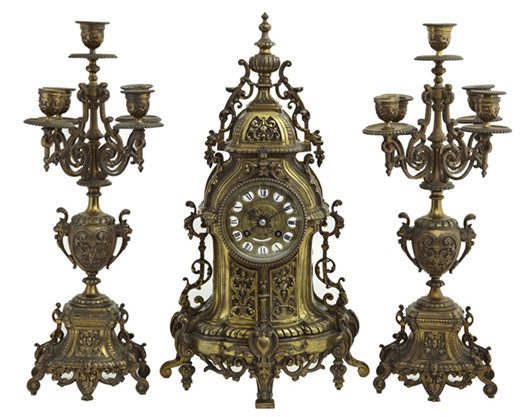