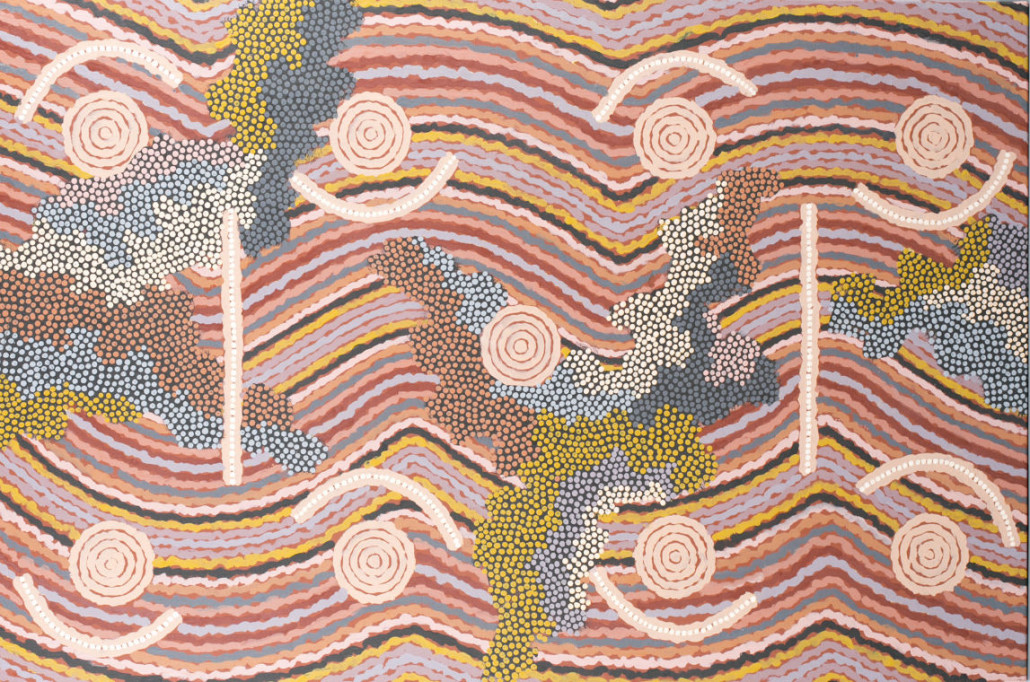 The top-estimated artwork in the sale is Lot 104, a signed acrylic-on-canvas artwork by revered Australian aboriginal artist Clifford Possum Tjapaltjarri (1932-2002), also widely known by the abbreviated name “Clifford Possum.” The 48-by-32-inch artwork titled Leura Leura Dreaming is a compelling and complex creation of dots commingled with a curved, multicolor pattern. The 1996 work comes with particularly strong provenance that consists of a gallery certificate of authenticity with a photo of the artist holding the actual painting, plus a videotape and artist’s tools.

“We are honored to present this painting at auction,” said Quinn’s Auction Galleries Executive Vice President Matthew Quinn. “Clifford Possum is one of the most collected and renowned of all Australian Aboriginal artists. He is considered one of the trailblazers of the ‘dot-and-circle’ movement, and his paintings are in the permanent collections of many museums and galleries.” The artwork is expected to exceed it $60,000-$80,000 estimate.

Other Australian Aboriginal art in the sale includes Lot 105, an acrylic-on-canvas painted and signed on verso by Possum’s daughter Gabriella (b. 1967-), titled Grandmother’s Country. It is estimated at $3,000-$5,000.

No one will be asking, ‘Who let the dogs out?’ when Lot 101 crosses the auction block. The distinctive carving and fastidious attention to detail on the wood sculpture of a mother dog and her pups (below) could only be the work of Swiss artist Walter Mader. Around the turn of the 20th century, there were some 2,000 carvers active in the town of Brienz, Switzerland, and Mader was unquestionably one of the premier names to arise from the group. 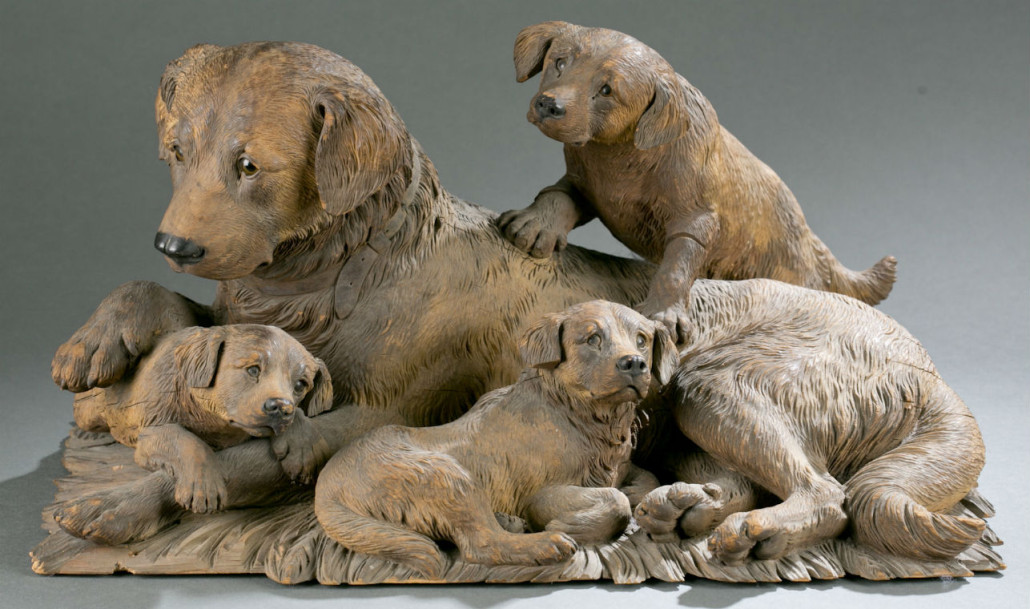 “You can look at a Mader dog carving and tell immediately that it is his work. Mader carved only canine images and his attention to detail was second to none. Any of his dog sculptures are very desirable to collectors of Black Forest art,” said Quinn.

The circa-1900 tableau offered by Quinn’s has hand-colored characteristics and inlaid glass eyes, which are typical of Mader’s fine hand. It is conservatively estimated at $8,000-$12,000.

Another high-quality late-19th-century carving, Lot 102 depicts a young woman, probably a household worker (below), returning from the market with a basket containing fruit, vegetables and coffee. With her left hand she daintily lifts her skirt as she descends a couple of steps. The estimate for this well-executed folk-art carving is $12,000-$16,000. 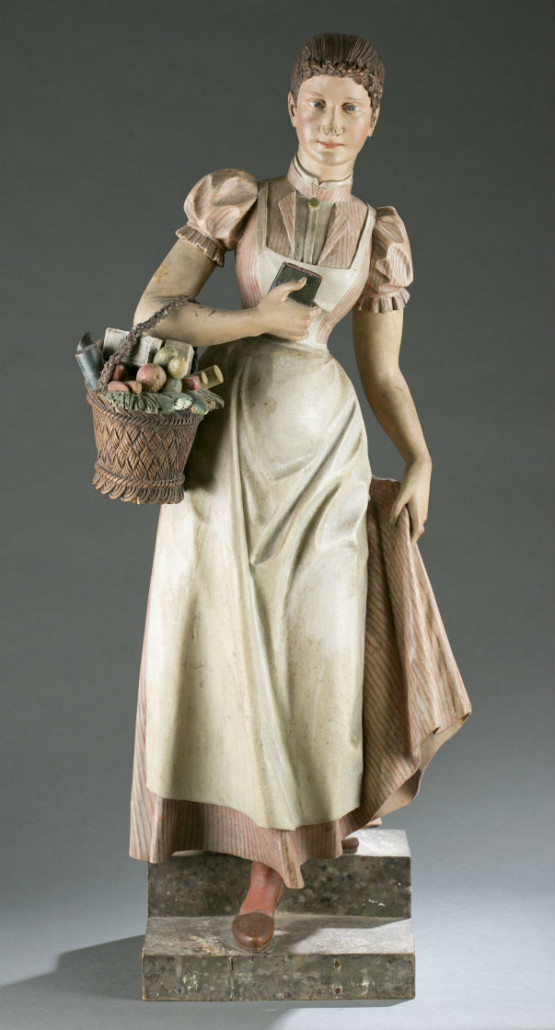 Two distinctive polished-steel sculptures by John Safer (Maryland/Washington, D.C.; b. 1922-) are also among the highlights. Lot 108, a 113-inch elongated and twisted-metal work is similar to a Safer piece that patrons see outside as they exit the new Udvar Hazy Center of the Smithsonian’s National Air and Space Museum. The estimate is $6,000-$8,000. Lot 109 is of polished steel and supported by a granite base (below). Signed and dated on the bottom edge of the steel portion, the 53-inch-tall sculpture is entered with a $2,000-$3,000 estimate.

Several beautiful examples of Asian art have been included in the sale. Lot 399, a 19th-century white jade bi, is decorated with a chi dragon motif and swirl patterns, and is estimated at $800-$1,000. Lot 415, an attractive Chinese peachbloom red porcelain water pot, is a late Qing Dynasty production after a Kangxi-Period design. It has an under-glaze blue mark beneath the base and is expected to make $500-$800.