FALLS CHURCH, Va. – On Saturday, September 10, Quinn’s Auction Galleries of northern Virginia will present one of the most eclectic selections of fine art it has offered to date. Many of the works come with distinguished provenance. Absentee and Internet live bidding will be available through LiveAuctioneers.

“This sale feels special,” said Quinn’s Executive Vice President Matthew Quinn. “We have some of the best artworks that have ever been consigned to us, and the geographic variety is quite extensive. We have some excellent regional art from DC-area artists – including two early 1970s paintings by Gene Davis – California regional art by Daniel Gerhartz, and an excellent Arizona landscape by Michael Stack. We also have a nice collection of late 20th-century Russian art led by a Vladimir Nasonov.”

Gene Davis (1920-1985), a favorite son of Washington, DC’s art community, was a seminal figure in the Washington Color School and a teacher at the prestigious Corcoran School of Art. Although he worked in various media, Davis is best known for his acrylic paintings of colorful vertical stripes that repeat and create a sense of rhythm.

Quinn’s auction features two acrylic-on-canvas paintings by Gene Davis. A 33½ by 20-inch (sight) candy-striped work titled John Barleycorn is signed with an inscription and the date 1970. It is estimated at $15,000-$20,000. 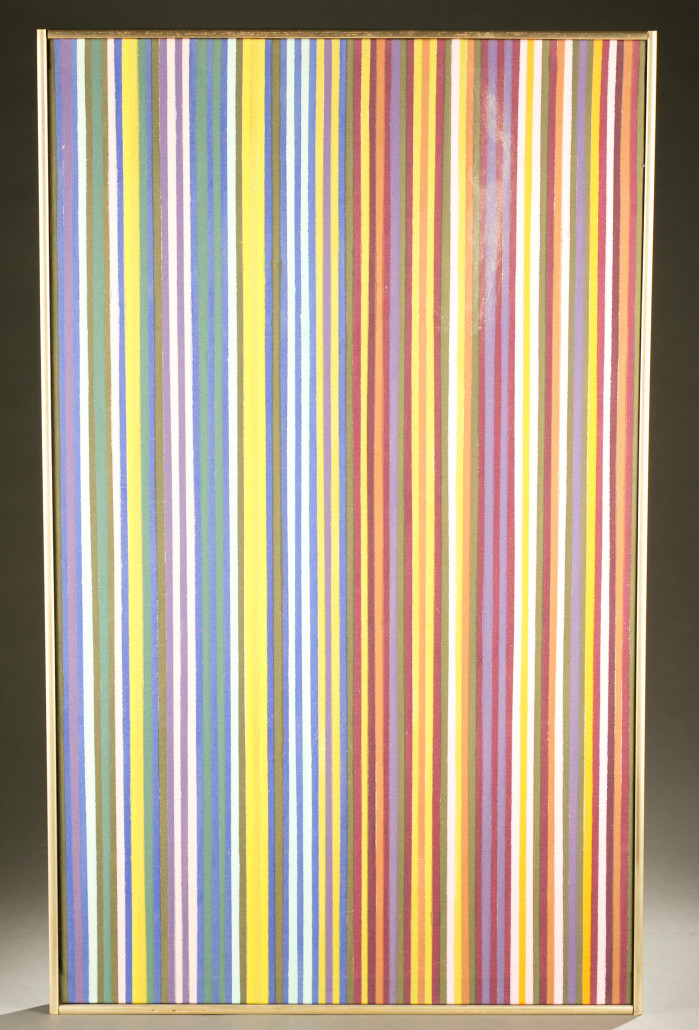 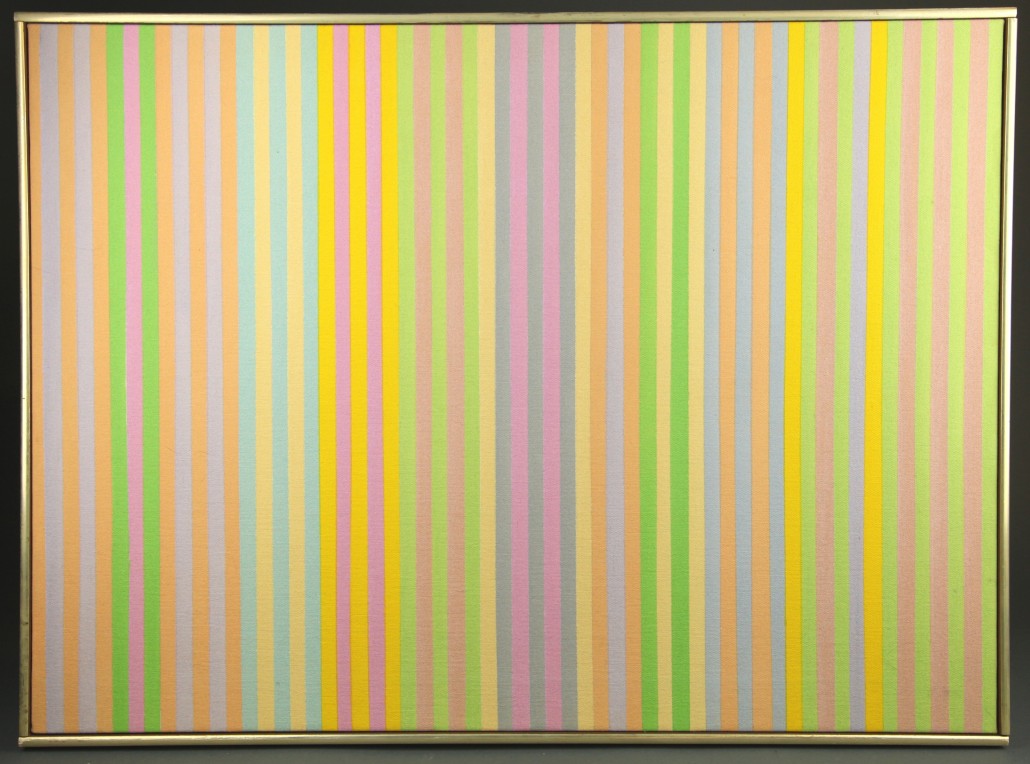 The salt air and crashing waves come to life in Daniel Gerhartz’s (American, b. 1965-) oil-on-canvas titled Garrapata Sunlight. Painted in 2001, it depicts oceanside cliffs basking in bright sunshine at Garrapata California State, just north of Big Sur in Carmel, California. The signed 24 by 30-inch (sight) waterscape is entered with a $7,000-$9,000 estimate. 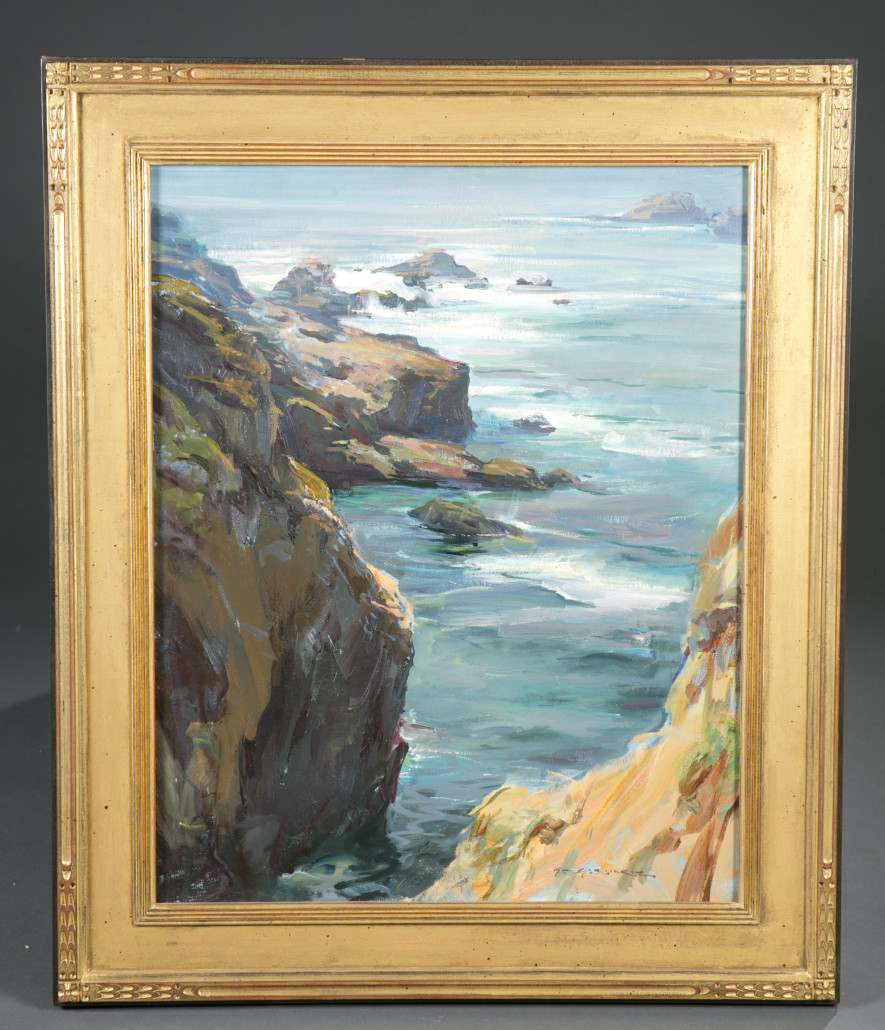 Turning to the awe-inspiring scenery of America’s Southwest, Michael Stack’s (Arizona/New Mexico, 1947-) oil-on-canvas titled Sunset at Gila is a masterful depiction of purple mountains beneath a roseate, cloud-filled sky. It measures 24 by 36 inches (sight) and carries a pre-sale estimate of $3,000-$5,000. 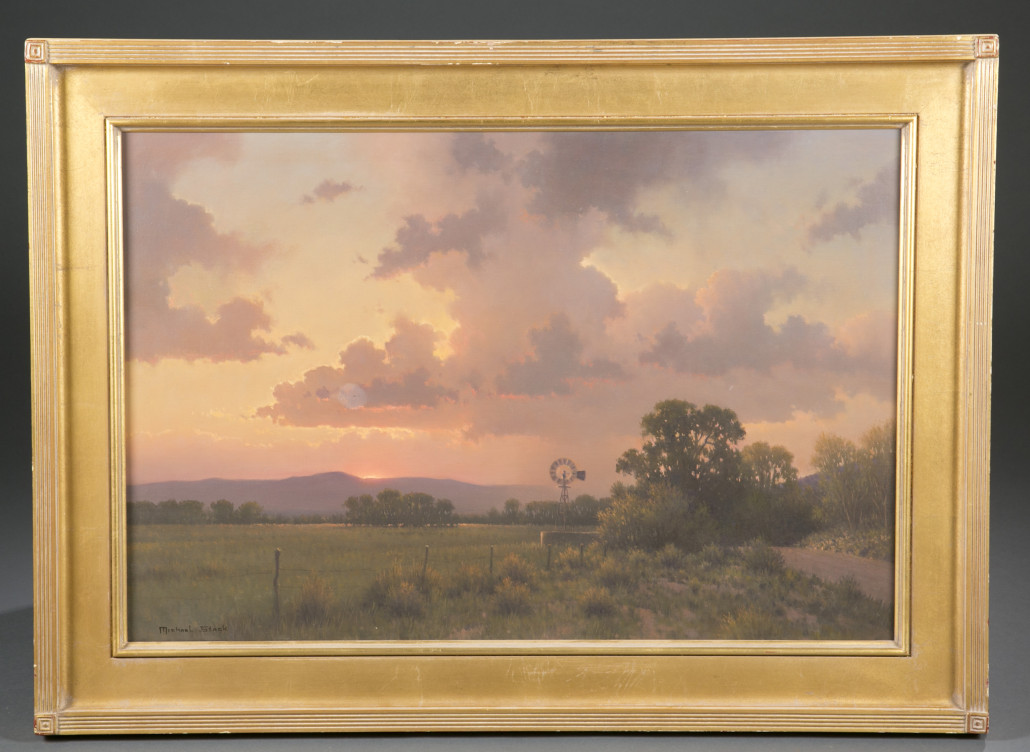 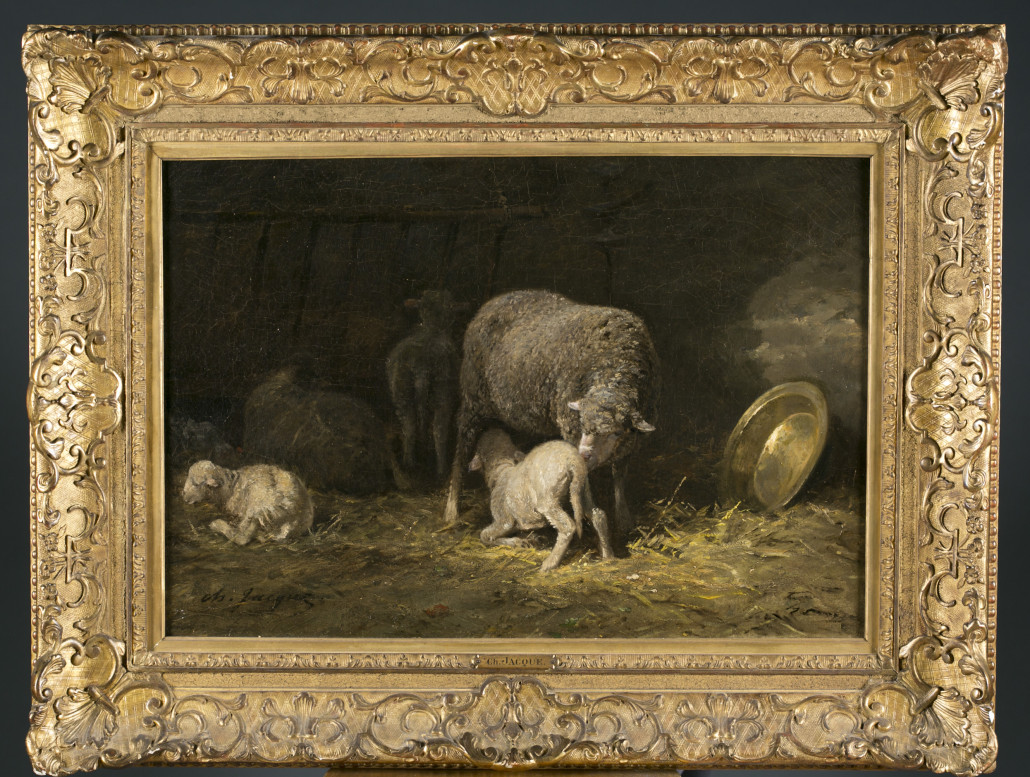 Created in 1990, a Shang Ding (Chinese, b. 1954-) oil-on-canvas depicts young ballet students in a dance studio, limbering and stretching at the barre. The 30-inch-square (sight) painting, typical of the artist’s accomplished figurative style, is signed both in characters and Romanized letters and carries a $6,000-$9,000 estimate. 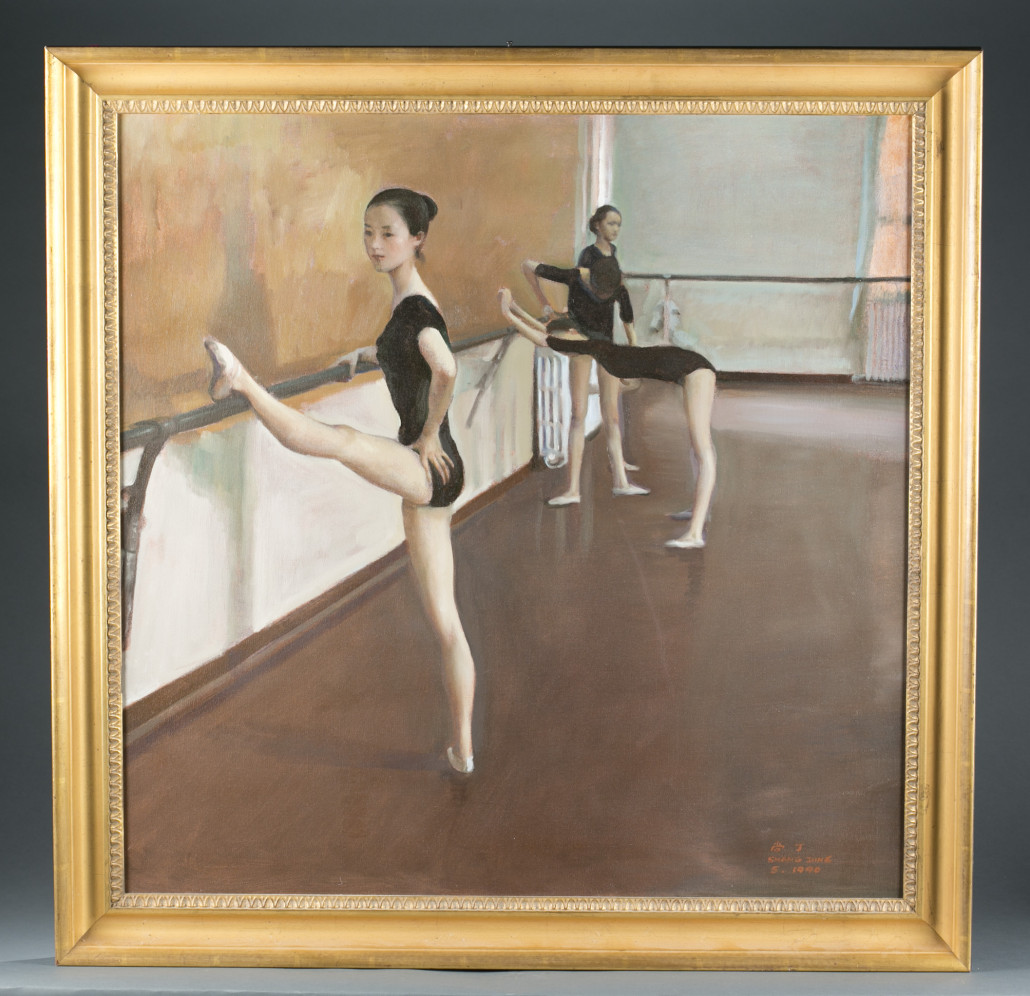 A Wedgwood ceramic tile hand-painted with the portrait of a woman in a tilted hat was the work of Charles Stanley Reinhart (American, 1844-1896). Reinhart was a highly respected artist in his day and won the coveted First Gold Medal at the 1899 Paris Exposition. He also belonged to the Tile Club, a collective of artists, writers and musicians who enjoyed socializing and painting on tiles as a leisure activity during their meetings. The tile in Quinn’s auction is signed C. S. Reinhart and estimated at $1,500-$2,500. 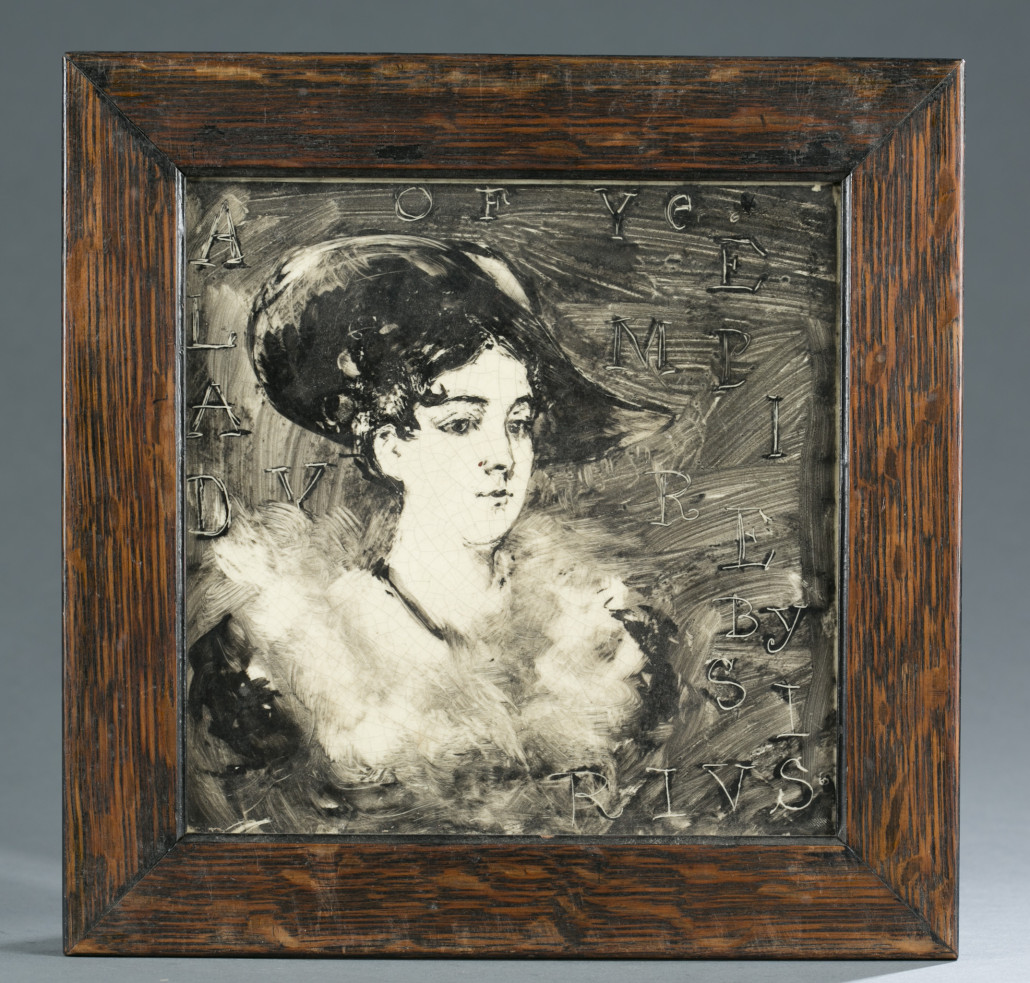 Of note amongst the bronzes is a Jean-Baptiste Carpeaux (French, 1827-1875) work titled The Laughing Neapolitan. Created around 1873 at Fonderie Susse in Paris and displaying the artist’s marks in two places, the bronze is estimated at $3,000-$5,000. 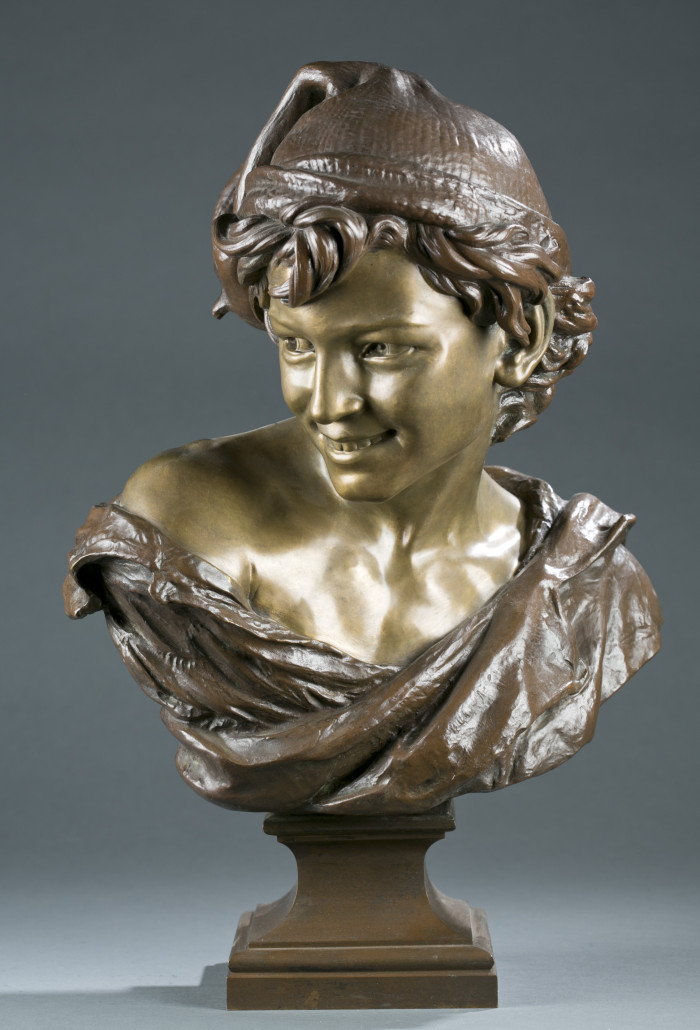 Collectors of American studio pottery would appreciate the skill and artistry that went into a 13¼-inch tall glazed stoneware vase crafted by Harrison McIntosh (Californian, 1914-2016). The bottle-shape vessel retains a label under its base that says Handthrown stoneware, Harrison McIntosh, Claremont, California. The auction estimate is $800-$1,200. 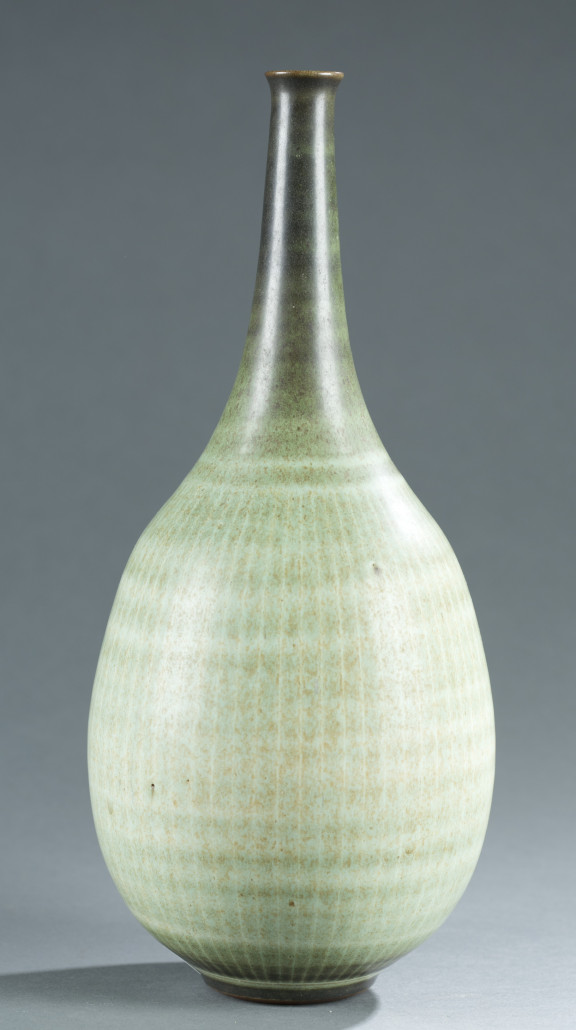 An exceptional George Washington memorial mantel clock with glass dome was made in France in the first quarter of the 19th century. Beneath the gilt bust of President Washington in military attire is the inscription “First in war, first in peace, and first in the hearts of his countrymen.” The porcelain clock face has Roman-numeral indicators and the name “Isidore Grenot, Edidit.” An elegant, very tastefully designed clock, it is cataloged with a $5,000-$7,000 estimate. 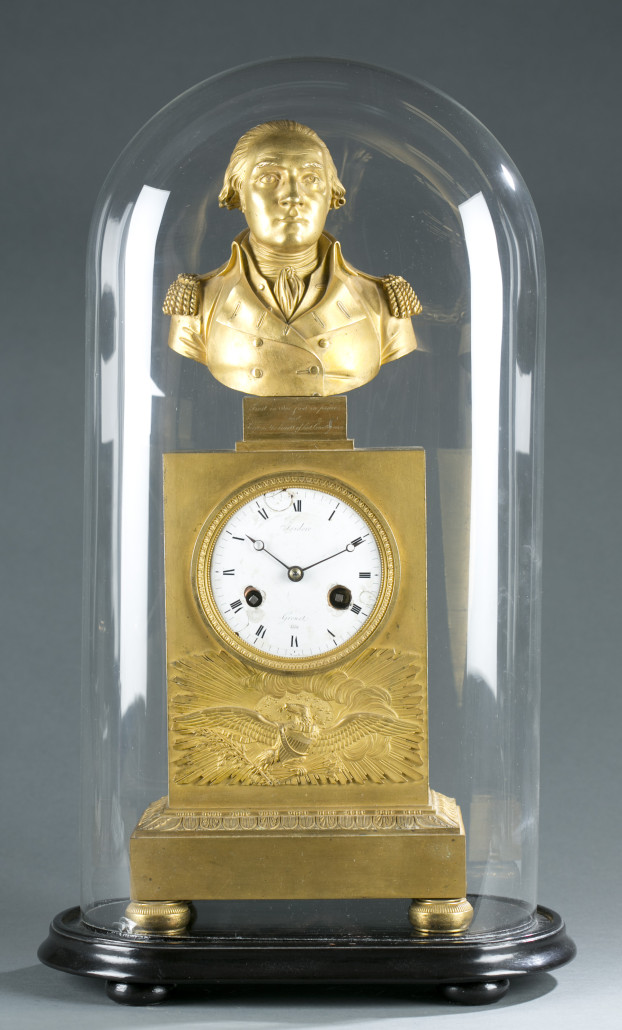 One of the most unusual pieces in the sale is a Mappin & Webb hallmarked (1917) sterling silver livestock trophy inscribed Thomas Duggan Challenge Cup, Presented to the American Shorthorn Association by Duggan Hermanos, Buenos Aires. Winners from 1917 through 1927 are shown on the reverse. The historical silver presentation trophy comes to auction from Red Gate Plantation (formerly Greenville Plantation) in Millwood, Virginia, an exclusive area outside Washington, D.C. It is estimated at $5,000-$7,000. 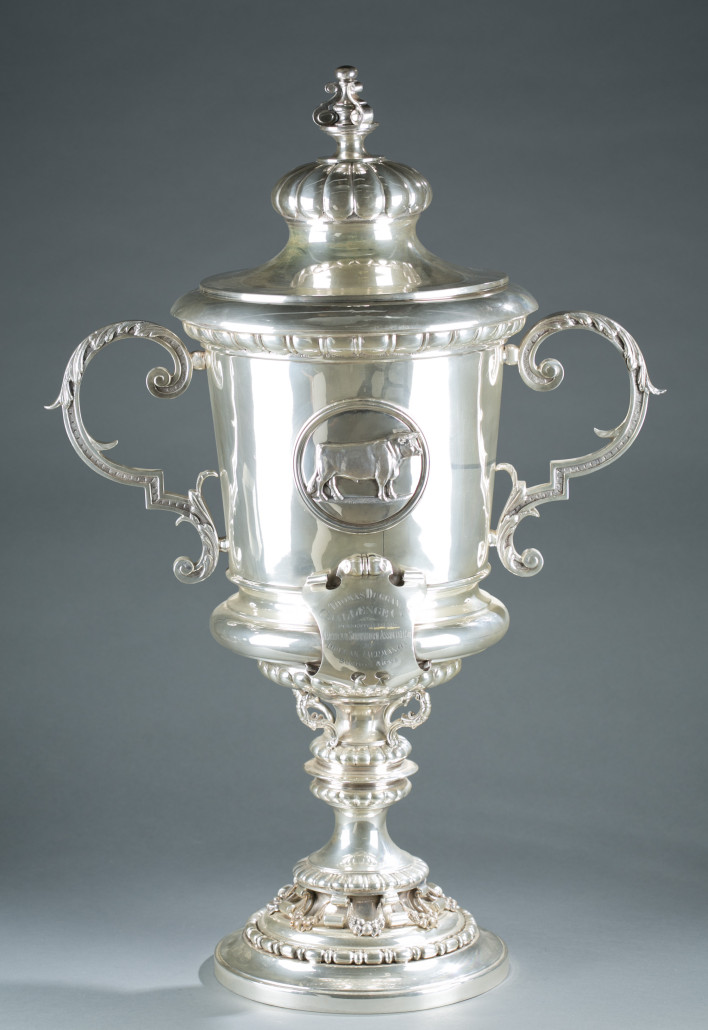 The Saturday, Sept. 10 auction will start at 11 a.m. Eastern time. Absentee and Internet live bidding will be available through LiveAuctioneers. For additional information on any item, call 703-532-5632.