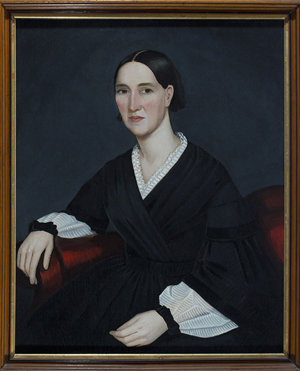 “Rodin is considered by many to be the father of modern sculpture, and his attention to detail was unrivaled – so much so, that early in his career, he was accused of creating castings from a human body, rather than actually carving,” said Matthew Quinn of Quinn’s Auction Galleries. “His superlative eye for detail is quite apparent in ‘Le Desespoir.’”

An all-important confirmation of authenticity was received recently from the Comite Rodin in Paris, Quinn said. “We were very anxious to hear the verdict from the Comite Rodin, as they are the ultimate authority on Rodin artworks and do not issue authentications unless they are convinced beyond a shadow of a doubt. The piece we are auctioning is an authentic Rodin.”

Le Desespoir will be available for preview by appointment at Quinn’s gallery until its public preview period that runs from May 10-17. The work is estimated at $60,000 to $80,000.

“It’s not often that a Rodin lifetime cast bronze comes to the market, I was certainly taken back when we were told by the Comite Rodin that it was, indeed, cast during the artist’s life,” Quinn said.

It is believed that Rodin only created a few copies of the original Le Desespoir sculpture. Even fewer of those copies incorporate carved marble rock, as is the case with the example Quinn’s will be auctioning. “The marble rock is, in fact, part of the sculpture. That’s what made me suspect it might actually be an authentic Rodin,” Quinn said. “Later, when I met with the expert who is compiling the Rodin catalogue raisonne, he commented that it was one of the most beautiful Rodins he had seen in some time.”

A broad selection of fine paintings is entered in the May 17 auction, as well. A George W. Waters (New York, 1832-1912) painting featuring a sunset view at Morse Lake in the Adirondack Mountains is conservatively estimated at $7,000-$9,000. A similar work was auctioned recently for more than $20,000. Acclaimed artist Walter MacEwen’s classic interior scene of a woman in a red coat will be offered at $4,000-$6,000.

An Ammi Phillips (American, 1788-1865) folk portrait comes from the current estate of Winzola P. McLendon, who acquired the work in 1960 from the Abby Aldrich Rockefeller Folk Art Collection, Colonial Williamsburg. It will be offered at auction with an $8,000-$12,000 estimate.

The sale also features furnishings from around the world and dating from the late 18th century through the 1960s. Ready to illuminate a modern space, an Erik Hoglund Boda Nova Glassworks & Iron chandelier will entice bidders with its opening bid of $1,500 (est. $3,000-$5,000).

The Asian arts section of the sale will include a nice selection of Japanese netsuke, including a plump Fukura Suzume, or boxwood sparrow. The 5.5cm bird is estimated at $1,400-$1,800.

Quinn’s galleries are always brimming with activity. On Wednesday, May 14th, the company will offer 150+ decorative paintings and prints whose timeline spans more than 300 years. Each work is nicely framed.

On May 15th, Quinn’s subsidiary, Waverly Rare Books, will auction hundreds of linear feet of leather-bound volumes and top-notch 18th- and 19th-century American atlases. An exceedingly rare copy of Carey’s 1796 General Atlas is conservatively estimated at $3,000-$5,000; and a seldom-seen mid-19th-century topographical map of the road from Missouri to Oregon by Charles Preuss will open for bidding at $2,000 (est. $4,000-$6,000).

The May 17, 2014 Fine & Decorative Arts Auction featuring an authenticated Rodin will be held at 11 a.m. EST at Quinn’s Auction Galleries, located at 360 South Washington Street, Falls Church, VA 22046. All forms of bidding will be available, including live online via LiveAuctioneers.

For additional information on any lot in the sale, call 703-532-5632 or e-mail info@quinnsauction.com. 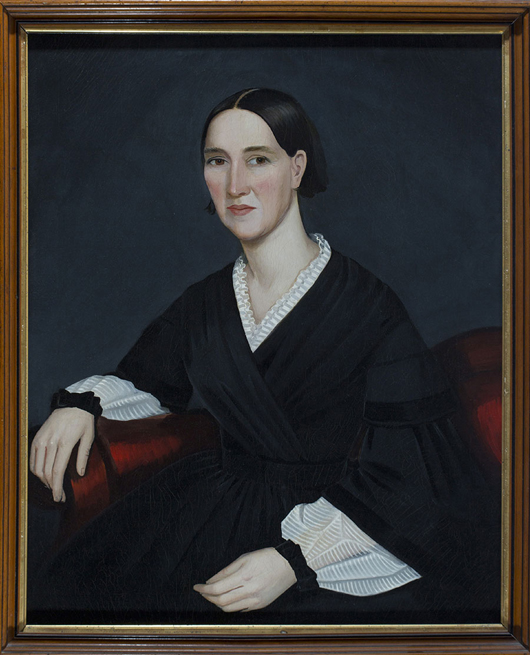 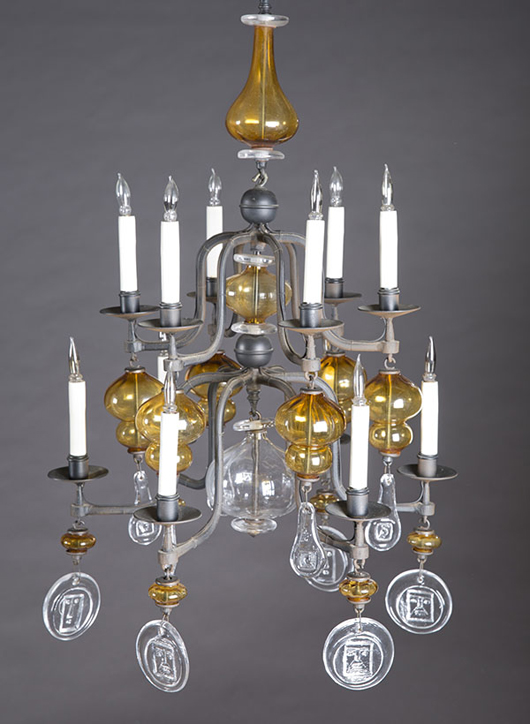 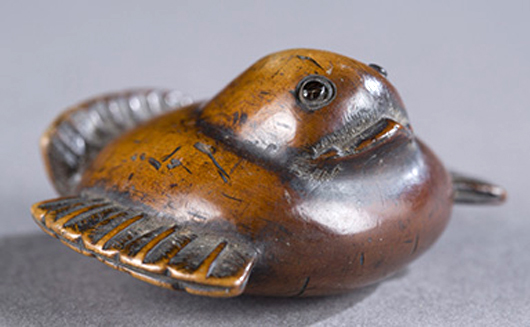 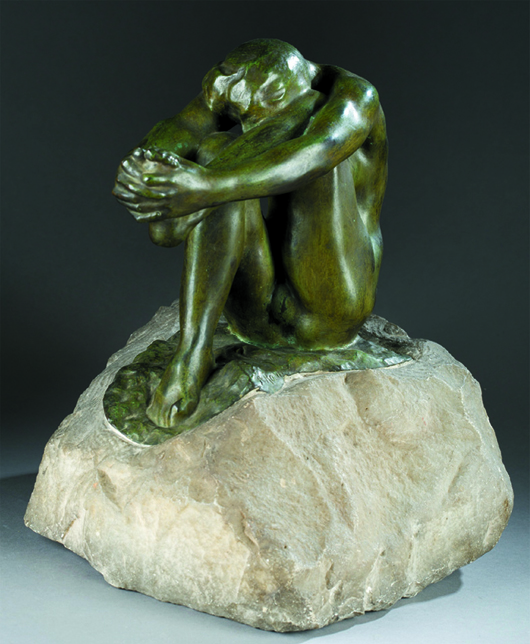 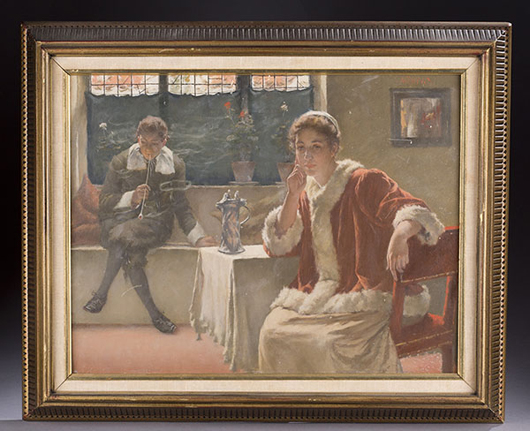 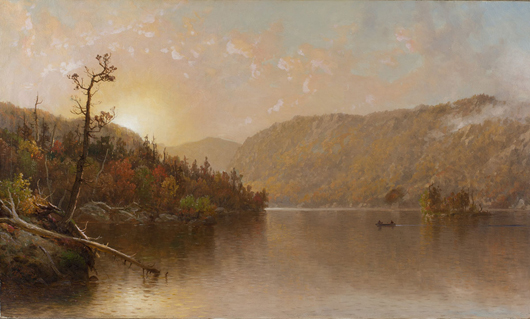 Furniture Specific: Have you seen these oddities?