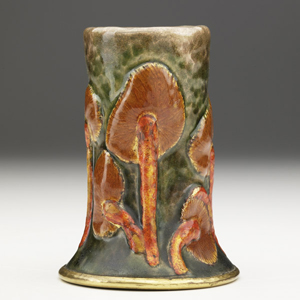 David Rago calls it “our finest selection since the Sidney Sheldon Estate in 2008.”

Metalware from the best European and American makers is here, from lot 178, a rare Tiffany enameled copper cabinet vase embossed with mushrooms, estimated at $17,500-$22,500, to lot 225, a silver-plated presentation platter by Joseph Hoffman for Wiener Werkstätte, estimated at $3,250-$4,250. Also look for a Gustav Stickley hammered copper charger with pods, estimated at $12,000-$16,000.

As a whole, the 91 pieces of Arts & Crafts furniture we are offering represents the strongest level of high-quality furnishings we have presented in many sales, said Rago.

An important Tiffany chair, lot 169, from the New York Havemeyer residence, designed in conjunction with Samuel Coleman, will be offered for $100,000-$125,000.

The Modern Design sale on Sunday, Jan. 17, will feature almost 500 lots in an array from Art Deco to classic mid-century to contemporary, with standout work by Tommi Parzinger, John Lewis, Clement Rousseau, Wharton Esherick, Paul Evans, Robert Arneson, Josef Hoffman and perhaps the most exceptional lot of the sale, a pair of museum-quality wrought-iron gates with antelopes by W. Hunt Diederich, mounted on contemporary stands, circa 1920.

The sale includes a choice selection of Tommi Parzinger design, including lot 500, a rare mahogany inlaid dining table; lot 508, a massive elm and mahogany credenza; and lot 504, a lacquered oak credenza on mahogany legs with milk-glass panels, each estimated at $8,000-$12,000.

James Mont’s over-the-top showmanship is on display in more than 30 lots of furniture and more of lighting. Among the furniture highlights: lot 527, a pair of oversize cabinets/tables of antiqued mirror, estimated at $2,500-$3,500; lot 931, a polychrome bar cabinet, estimated at $2,000-$3,000; lot 526, a rare grandfather clock in polychrome finish, estimated at $3,500-$5,500; and lot 926, a large, lighted cabinet with an Asian motif in polychrome and gilt, estimated at $3,500-$5,000. Those whose taste in Modern design is a bit more restrained will find much to admire as well. There are elegant furnishings by Edward Wormley for Dunbar and T.H. Robsjohn-Gibbings for Widdicomb.Iconic mid-century works include CSS units and Thin-Edge chests by George Nelson for Herman Miller; dining table and chairs by Warren McArthur; folding screens and a rosewood and leather lounge chair with ottoman from Charles and Ray Eames; Vladimir Kagan’s Cloud sofa and an Isamu Noguchi side table.

Rago’s also has its usual fine selection of Claude Conover, including lot 644, a glazed ceramic garden stool estimated at $5,000-$7,000.

Previews will be Saturday, Jan. 9 through Jan. 15, from noon to 5 p.m. and by appointment. Doors open at 9 a.m. on the mornings of the sales. 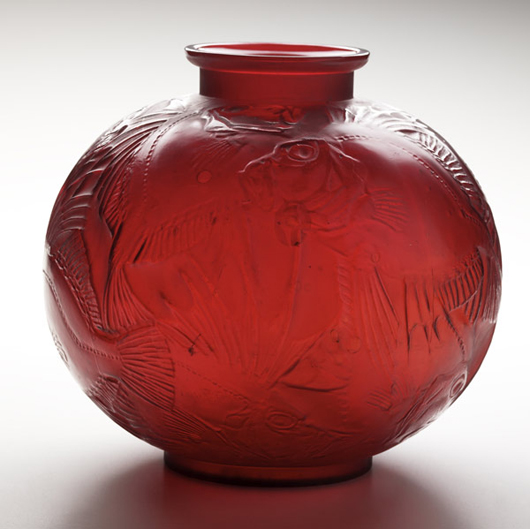 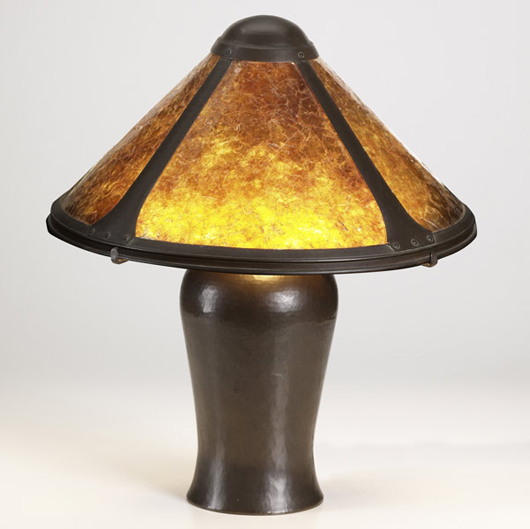 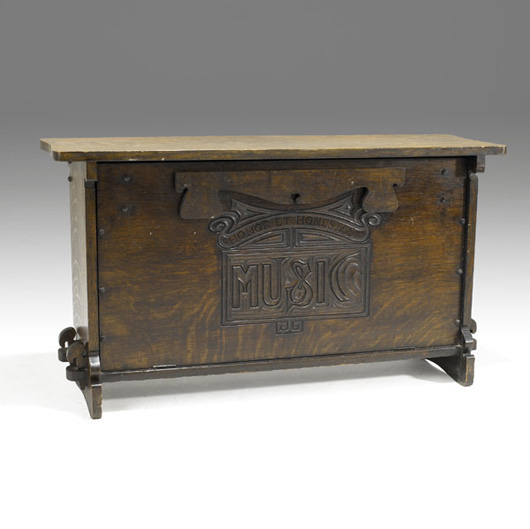