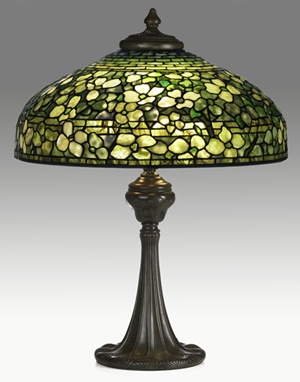 LAMBERTVILLE, N.J. – Rago Arts and Auction Center will auction an impressive collection of 20th century furnishings and decorative arts on Saturday, June 16, and Sunday, June 17. Among the 1,100 lots are hard-to-find and one-of-a-kind pieces, many coming to the auction house straight from the artists or craftsmen.

LiveAuctioneers.com will provide Internet live bidding. The auction will begin at 11 a.m. EDT both days.

“Every sale finds its own personality,” says David Rago. “This one is particularly rich in glass, from early enameled Gallé to a large collection of Lalique vessels, statuettes, and perfume bottles, and many fine examples by contemporary artists such as Toots Zynsky. The auction also includes several important Tiffany lamps, among the best we’ve ever offered, important studio furniture and art pottery.”

Previews will be Saturday, June 9, through Thursday, June 14, from noon to 5 p.m. or by appointment and Friday, June 15, noon to 8 p.m. Doors open on day of sale at 9 a.m. An open house featuring a lecture by Judith Gura, “After Modernism: What’s New, What’s Next,” followed by a book signing will be held Wednesday, June 13. A reception will begin at 5 p.m. followed by the lecture at 6 p.m. An open house at 10 Rittenhouse Square in Philadelphia, featuring 20th Century Design auction highlights will be June 2 and 3, noon-5 p.m. Kindly RSVP to 609-397-9374 ext. 119 or email raac@ragoarts.com.

The sale begins with American art pottery—two important pieces decorated in cuerda seca with roosters by Frances Rocchi at Saturday Evening Girls. Lot 1, a large center bowl incised “Early to bed & early to rise makes a child healthy, wealthy & wise,” is estimated at $17,500-$22,500; and lot 2, a pitcher incised “This is the cock that crew in the morn,” estimated at $10,000-$15,000. Also of note is an exceptional vessel by Frederick Rhead at University City decorated with mushrooms, lot 17, estimated at $10,000-$15,000. Lot 23, a late arrival, is a spectacular, tall Rookwood Iris glaze vase painted by Kataro Shirayamadani with geese in flight, perfectly fired (uncrazed), for $8,000-$12,000.

The finest assortment of Lalique glass to be offered at Rago’s for several years (lots 269-310), consists of perfumes bottles, statuettes and vases.

The sale contains an impressive group of Gustav Baumann woodblock prints (lot 87-91a), the finest Rago’s has presented to date. Three of these were gifted by the artist to the consignor’s mother. One of these is lot 87, Tulips, estimated at $8,000-$12,000.

Other fine art in the sale includes paintings by George H. Hallowell and Lamont Warner, and an Orotone photograph, Bear Legs, by Carl Moon.

Studio pottery begins with lot 400, a massive Jazz bowl, made by Viktor Schreckengost for Cowan, estimated at $40,000-$60,000. This is one of the few original and possibly one of the last Jazz bowls still in private hands. The Jazz bowl was originally commissioned by Eleanor Roosevelt in celebration of her husband’s re-election as governor of New York in 1931. Mrs. Roosevelt was so taken with the bowl that she commissioned two more. Immediately after, a New York City gallery placed an order for approximately 50. No one knows with certainty how many hand-incised Jazz bowls were made, but fewer than 20 are known. The one to be sold at Rago’s in June is the latest to emerge.

Another notable lot in the sale is no. 500, an important sculpture by Paul Evans, estimated at $45,000-$65,000, originally purchased by the consignor from the Paul Evans studio in New Hope, Pa. This is a rare piece, and only one of two of these organic forms that Rago’s has ever seen.

The sale features a collection of glass vessels by Mary Ann “Toots” Zynsky, a studio glass artist and innovator, known for her distinctive heat-formed “filet de verre” (glass thread) vessels, which are represented in over 70 museum collections worldwide. A featured Zynsky piece is lot 752, an unusually large vessel titled “Ramingo,” estimated at $14,000-$19,000. Zynsky’s colleague, famous glassmaker Dale Chihuly, is also well represented in the sale, as with lot 759, a basket from the rare Soft Cylinder series, which is offered at $6,000-$8,000.

Jewelry includes a necklace, brooch and ring by New York artist Ed Wiener, a ring by Sam Kramer and a fibula (brooch) by designer Albert Paley. Notable is lot 887, an Ed Wiener textured yellow gold necklace, which was designed for the consignor by the artist, offered at $7,000-$10,000.

Silver includes a set of Diamond sterling flatware by Gio Ponti for Reed & Barton and an Art Deco coffee and tea service by Arthur Krupp for Berndorf. 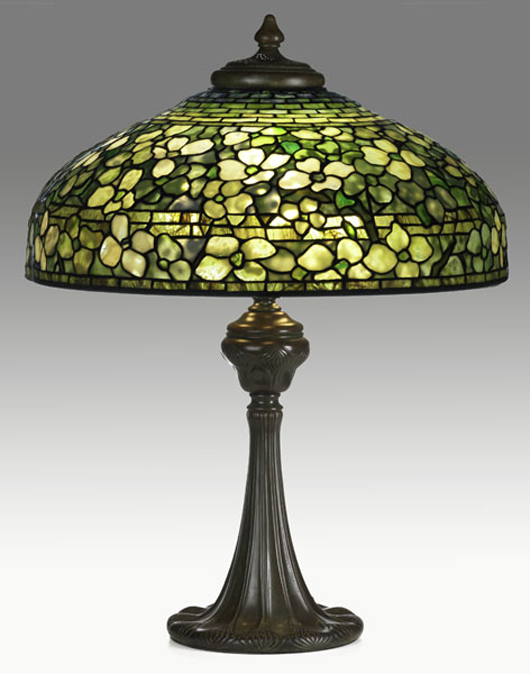 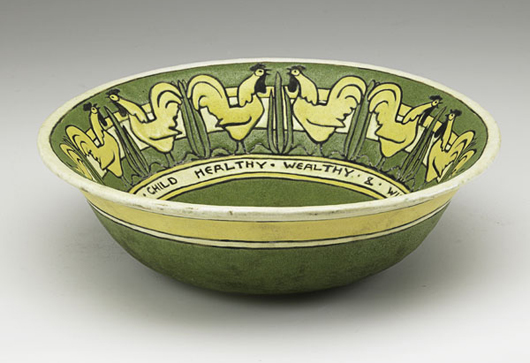 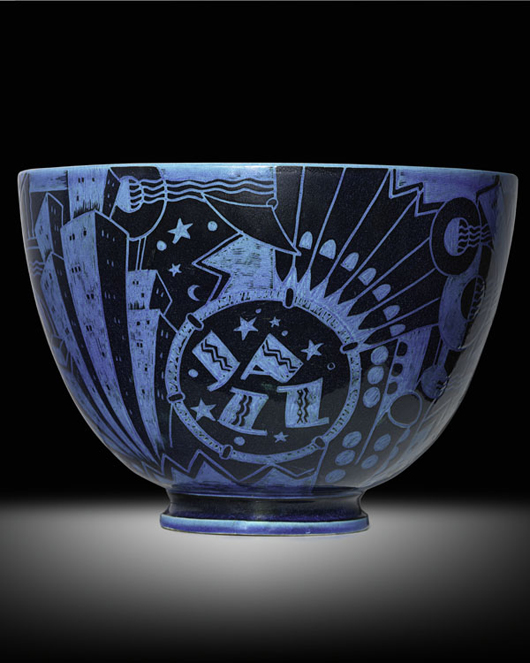 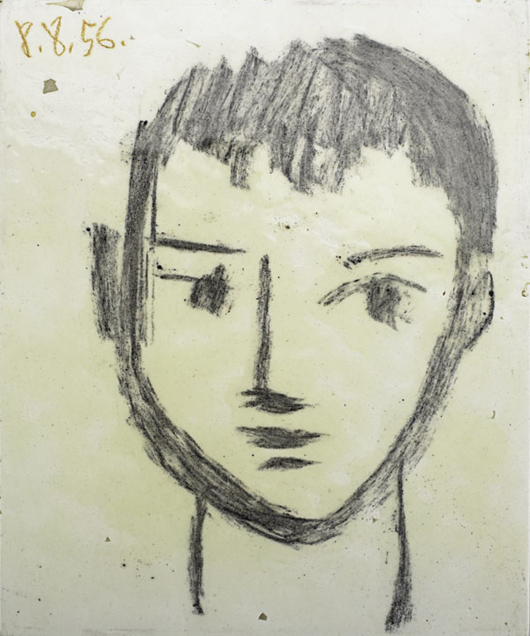 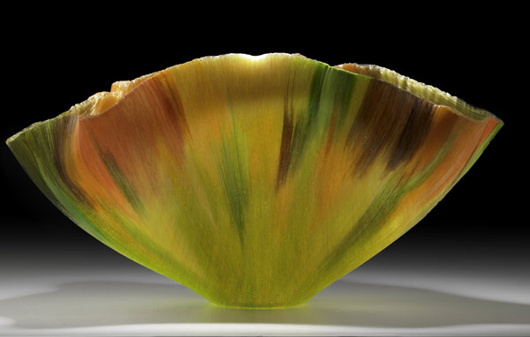 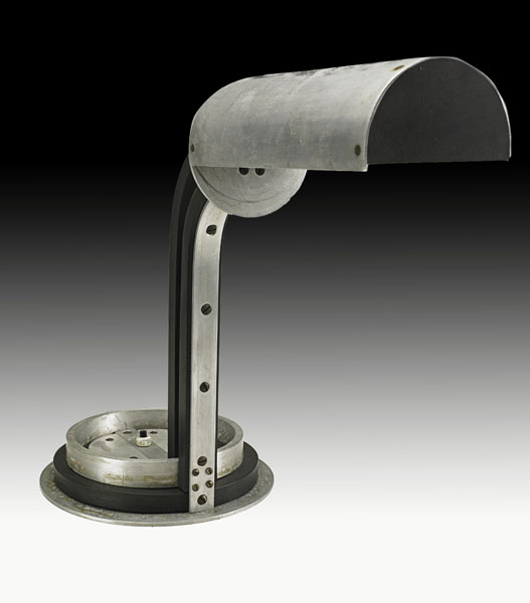 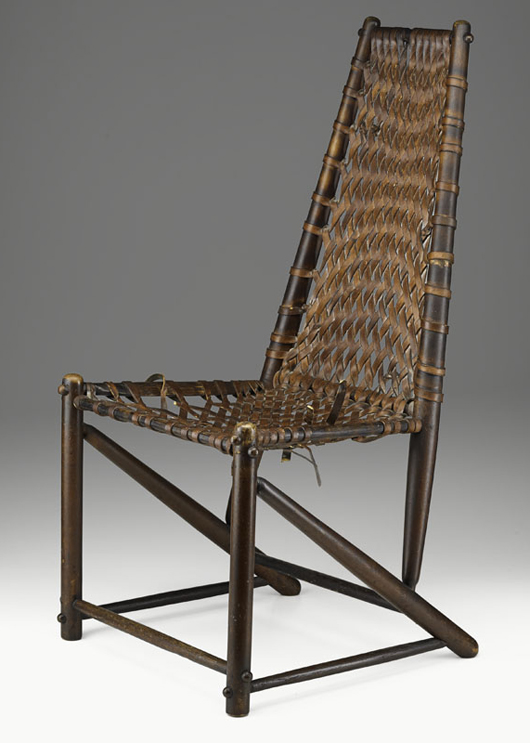 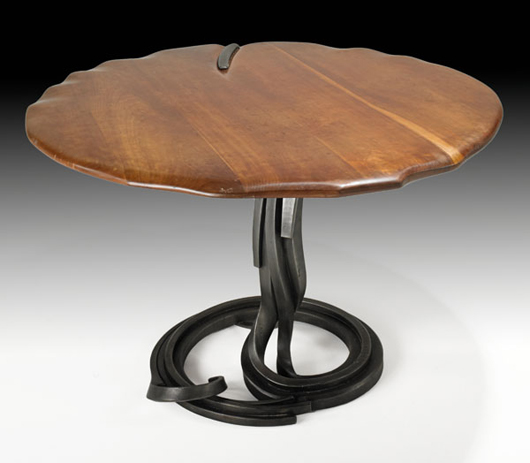