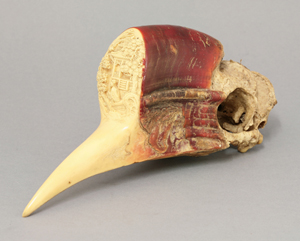 A Chinese garden scene is carved into the casque of a helmeted hornbill, a tropical bird. Sworders image.

“This is exceptional. I last saw a carved hornbill of this quality in 1969. This species of hornbill is not native to China and would have been imported, making it rare, even in the 19th century when it’s thought to have been carved,” said David Battie, Sworders’ Asian art expert.

Another highlight of the Asian Art Sale is a collection of unique seals, many from ivory or jade. One particularly early ivory example, lot 303, standing just over 4 centimeters high, dates to the 15th or 16th century. It has two entwined carved mythical creatures on the top with the seal saying “Kon gang.” This is a ridge in the Konlun Mountains between Tibet and Sinkiang. The mountains are the source of good nephrite jade. The seal is part of a private collection started in childhood and the estimate is £1,000-£1,500.

“During the early 20th century seals were popular souvenirs brought back by travelers to the Far East. At the time they wouldn’t have had any significant value and due to their size would have been easy to pack,” said Battie. The seals were purchased in England over the last 60 years.

Jade pieces are still highly valued by collectors and dealers, with the most sought after being the lightest in color with few blemishes. A pair of Chinese white jade belt ornaments, lot 392, dating to the 18th century and carved with flowering cherry branches, is expected to fetch more than £3,000. These would have been worn around the waist of robes in the Chinese court. 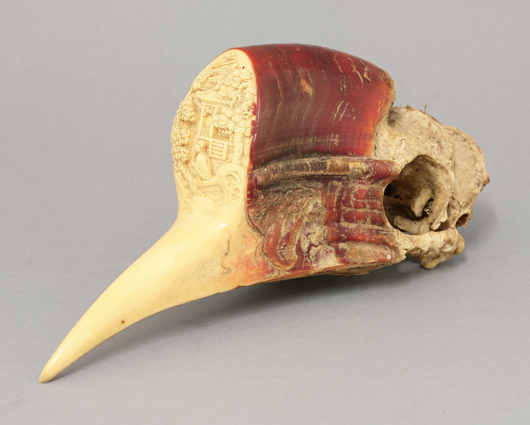 A Chinese garden scene is carved into the casque of a helmeted hornbill, a tropical bird. Sworders image. 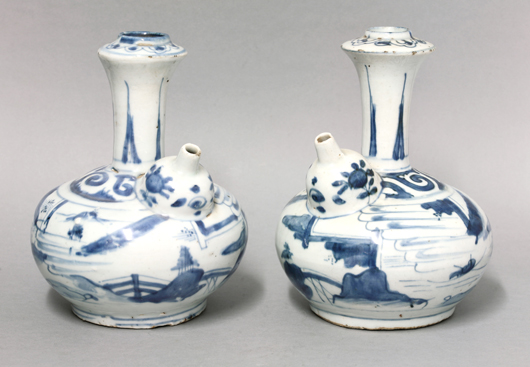 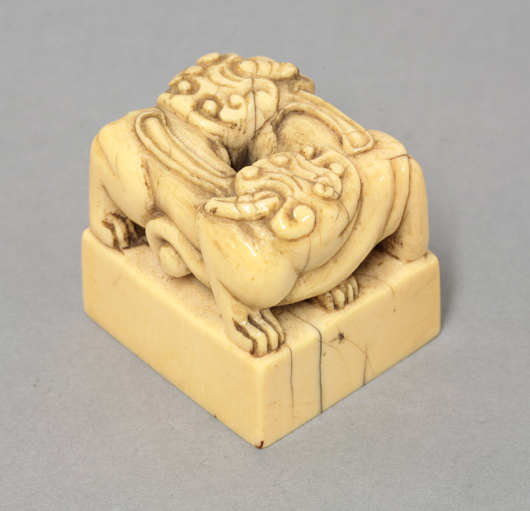 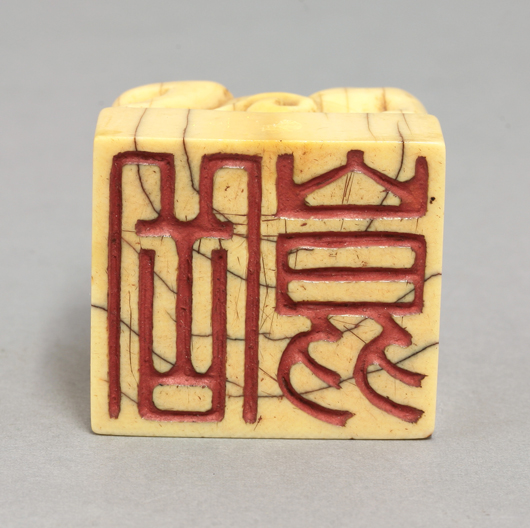 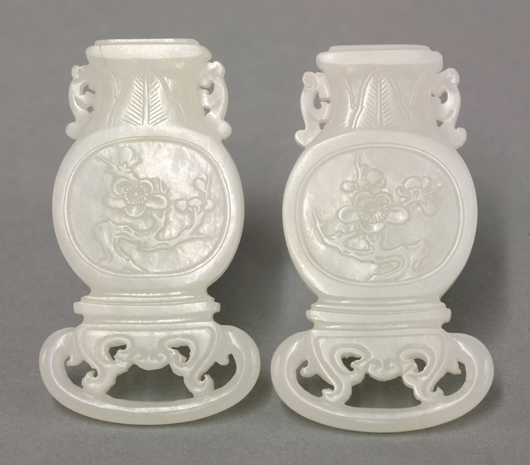