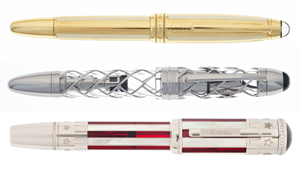 DALLAS – More than 1,600 eclectic lots – from a limited edition Dunhill-Namiki Motorities Maki-E fountain pen (estimate $35,000-plus) to a motorized Bugatti model car (estimate $2,000-plus) to a collection dedicated to the history of ballooning – come together Feb. 23-24 in Heritage Auctions’ annual Estate Signature® Auction. LiveAuctioneers.com will provide Internet live bidding.

The two-day treasure hunt event offers art and antiques across three sessions and all budgets, including Heritage’s second annual Gentleman Collector Auction and Part II of the Elton Hyder III Jr. Collection, which formerly decorated the University of Texas School of Law Library.

“Our annual estate auction is often the most fun auction we hold all year,” said Ed Beardsley, vice president for Fine and Decorative Arts at Heritage. “You never know what’s going to show up in it, which makes for a special opportunity for collectors and decorators to find unique pieces of all kinds offered together in one weekend.”

Session I kicks off Saturday, Feb. 23, with the estate auction, 1,700 lots of fine furniture, art and porcelains offered without reserve. This session will be led by a French walnut and gilt bronze porcelain coffee table, circa 1870, expected to bring $6,000-plus, in addition to an important selection of KPM porcelain plaques, Meissen and fine Continental porcelain. A circa 1700 German silvered metal tortoiseshell pewter and gilt bronze clock is expected to bring $3,000-plus.

Session II starts at 5 p.m. the same day as Heritage hosts its second annual Gentleman Collector Auction, a collection specially curated for a gentleman’s library, den or the classic gentleman’s smoking room. The auction is led by a one of the finest single-owner collections of Montblanc fountain pens ever offered at auction.

An assortment of decorative desk objects, medals and ornaments round out the collection, a highlight of which is an exceedingly rare French Napoleonic-era ivory snuff box, expected to bring $2,000-plus.

“It’s no surprise L. Frank Baum immortalized a hot air balloon to bring Oz its Wizard,” said Nicholas Dawes, vice president of Special Collections at Heritage. “From its first appearance in 1872, hot air ballooning has captured the public’s imagination and this collection celebrates its history like none other.”

A number of works of art are included in the collection, including two paintings attributed to Victor Philippe Francois Lemoine-Benoit, the first being Hot Air Balloon and the second being Bidding Farewell in a Hot Air Balloon. Each is expected to bring $6,000-plus.

A lot of three Continental silver-cased pocket watches, all sporting ballooning motifs, is expected to bring $1,200 and an oversize French pocket watch with a painted ballooning dial may bring $800-plus.

A dramatic pair of French bronzed metal ballooning trophy ornaments on green marble bases and a number of steins, glass decanters and even a German bronze art deco cigar box round out the collection.

Likely to capture strong collector interest is a signed and inscribed photograph of a Maharaja Sayajirao Baroda in an Indian silver presentation frame, expected to bring $7,000-plus.

The auction features an important group of ship models including an English silver model of the historic clipper Cutty Sark from an East Coast collection, estimated to bring $8,000-plus.

A stunning array of automobilia and petroliana includes a motorized scale model of a 1933-36 Bugatti Type 59 race car, expected to bring $2,000-plus, an authentic motorized scale replica of a BMW 328 Roadster, expected to bring $1,500-plus, a scale model MG pedal car, and a set of two vintage enameled metal pedal cars featuring a tow car with a pedal racer on a custom trailer

Session III takes place Sunday, Feb. 24, and will feature Part II of the the Elton Hyder III Jr. Collection. It includes a captivating group of objets d’art, including a portrait of Philip IV, King of Spain, expected to bring $6,000-plus.

Meticulously assembled for the library to give students there a sense of history within the law, the Hyder family canvassed the United States and Great Britain seeking objects to document the evolution of law.

Part II features additional rarities, such as an extensive collection of fine English oak furniture dating from the 16th to the 19th centuries, including a mammoth English oak dining table, expected to bring $4,000, an exhaustive collection of 18th century legal engravings, Kilim tapestry-woven rugs and a fine collection of World War I propaganda posters, led by T. Paul Verrees’ 1917 lithograph.

“Limited edition luxury pens are rapidly gaining a following, especially among modern coin and wine collectors, and rare examples are extremely hard to find,” said Dawes. “My favorite is the Churchill, but there’s something for all tastes and budgets. What makes many of these especially interesting is their edition numbers, carefully chosen by the original collector. Many have edition number 1, and others have number 8, which is hard to find.”

Virtually unheard of in a single auction, two of Montblanc’s most coveted patriotic limited edition fountain pens – honoring the Star Spangled Banner and America’s independence – will cross the block during the event. A Montblanc Limited Edition 56 Fourth of July fountain pen is expected to bring $25,000-plus and a Montblanc Stars-and Stripes Skeleton fountain pen – one of 50 handcrafted in white gold, diamonds and rubies – is expected to bring $20,000-plus.

“All of these superb instruments are in pristine, original condition,” added Dawes, “complete with presentation boxes and paperwork.” 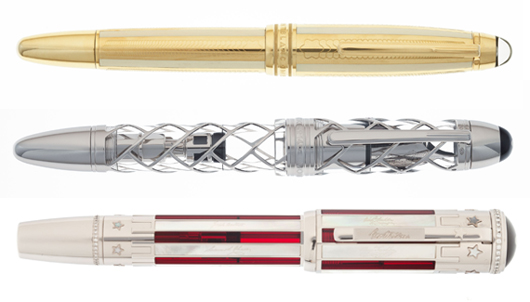 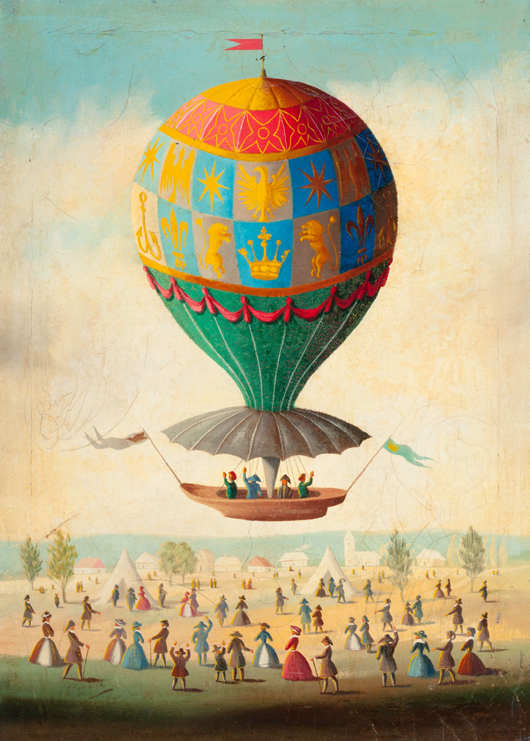 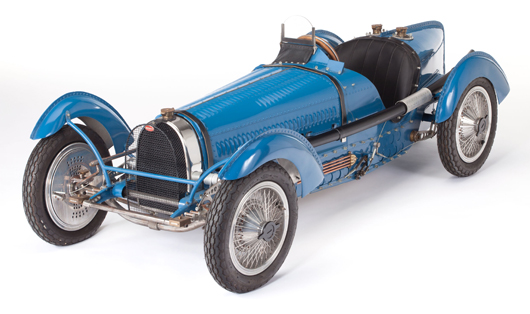 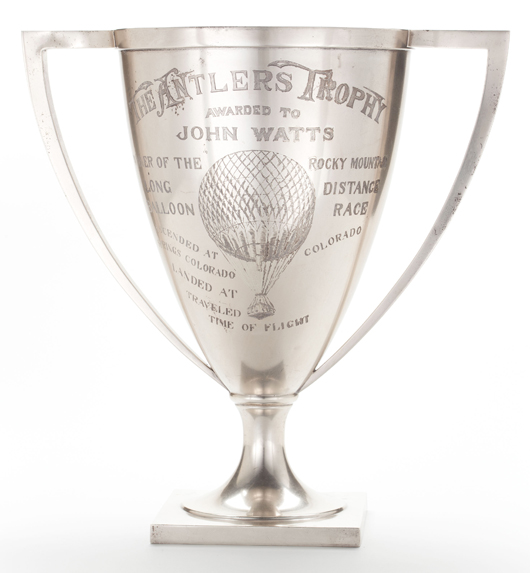 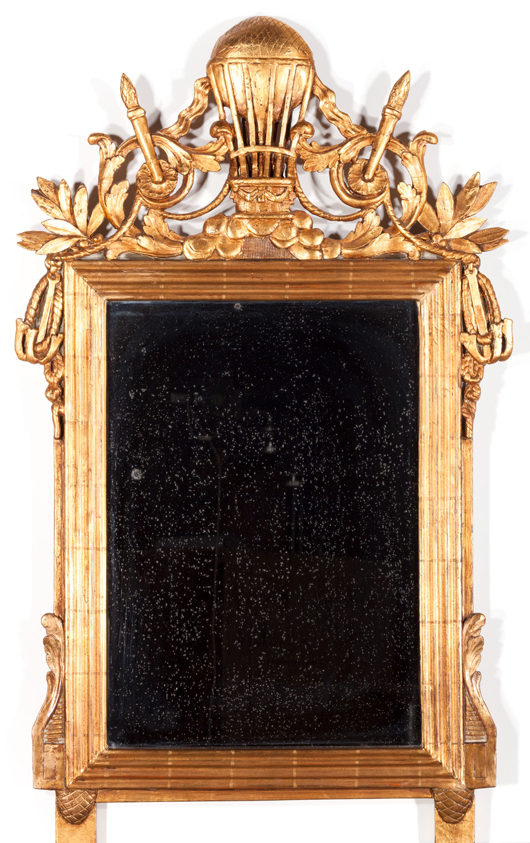 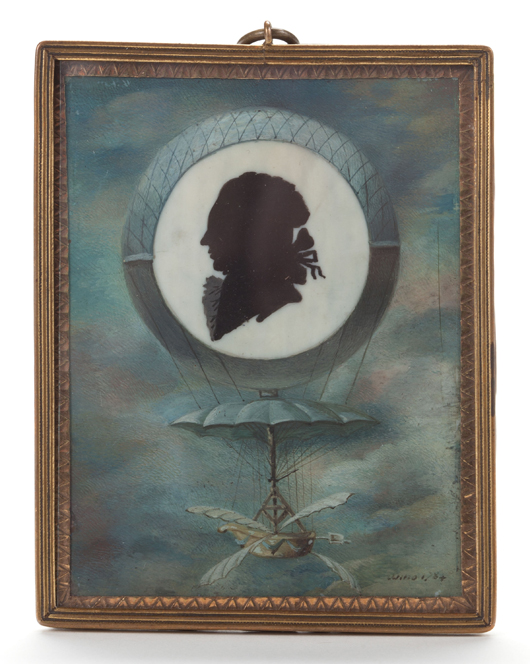 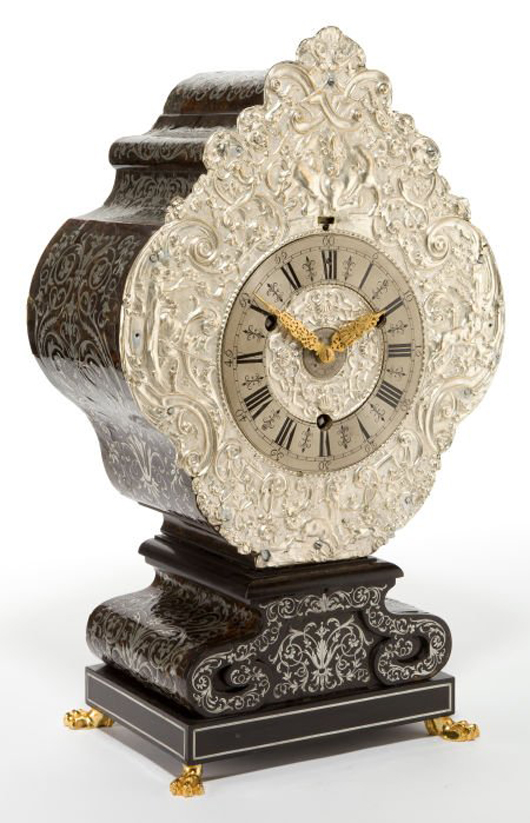