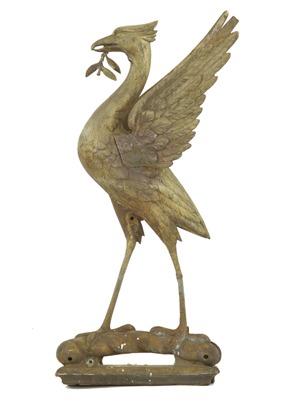 ESSEX COUNTY, UK – With a collection of exotic taxidermy in the Summer Country House Sale on Tuesday, June 3, Sworders auction undoubtedly has an intriguing feel. The catalog also includes the usual ceramics, paintings, furniture and other works of art associated with Country House Sales. LiveAuctioneers.com will provide Internet live bidding.

While the 45-lot collection of taxidermy may not be to everyone’s taste, it will attract interest from around the world. Most examples were initially used for scientific and educational purposes. This particular collection includes some of the more exotic animals including a skeleton of a cheetah. Mounted in a running position, the skeleton offers a rare insight into the inner mechanisms of the fastest animal on the planet. Fully licensed and set in a McCleay-style case, the rare specimen is estimated at £2,000-£3,000.

Following the theme of the unusual, the collection includes a number of albino animals such as an albino badger, which is set at an appealing estimate of £250-£350.

Delving further into the sale, a 1-meter-tall brass sculpture of a “Liver Bird” is on offer at £1,000-£1,500. The Liver Bird is a mythical symbol of Liverpool and the emblem of the famous Liverpool FC (football club), which is believed to be in the form of cormorant with a laver frond in its beak. This particular example probably stood at the entrance of the old Liverpool Zoological Gardens, in the Walton district of Liverpool. Unfortunately, the area was heavily bombed during the World War II and only the ticket booths remain.

Heading back toward the more traditional Country House theme, there is an unusual eight-day wall clock, which is, according to Managing Director Guy Schooling, “as good as it gets for a provincial clock maker.” Continental in style, the clock was made by a relatively unknown maker in Romsey on the South coast of England around the late 18th/early 19th century. The mix of quality and rarity ensures the clock carries an estimate of £2,500-£3,500.

The Summer Country House sale is always an exciting sale for Sworders, with many regular buyers returning each time to compete with bidders from around the globe, said Schooling. 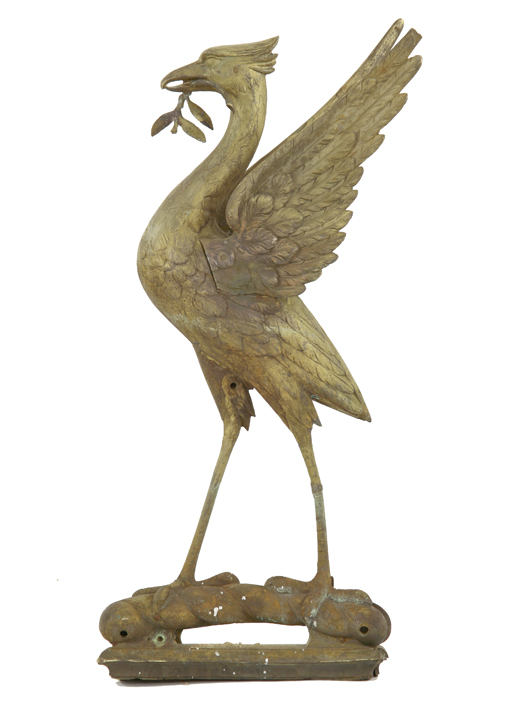 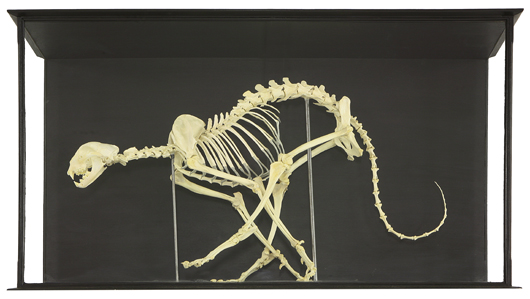 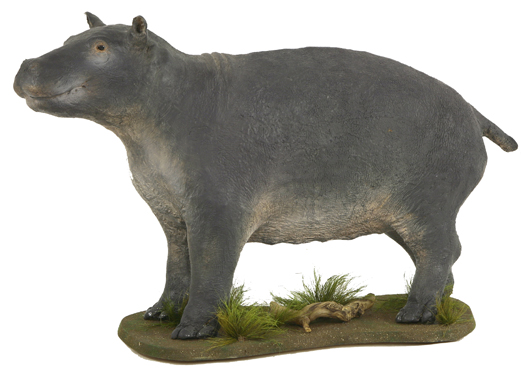