DENVER, Pa. – More than 1,100 lots of fantastic antique and vintage toys, banks, sports collectibles and Americana lots are waiting to take the spotlight at Morphy Auctions’ Sept. 6-7 auction, with Internet live bidding through LiveAuctioneers.com. It’s one of the most comprehensive toy lineups to appear at Morphy’s in some time and is topped by a premier array of robots and space toys: the 35-year Enzo Pertoldi collection.

Many pieces in the auction were sourced from important, long-held collections, including the Ray and Theresa Jones collection of antique occupational shaving mugs, which will open the sale.

“The September sale contains Part II of the Jones collection,” said Morphy Auctions CEO Dan Morphy, “and like Part I, which we sold earlier this year, it contains many rare, fine examples.”

The chatter level has been high in the robot-collecting community since Morphy’s first announced it would be auctioning the Enzo Pertoldi robot and space toy collection. Built over a 35-year period, the collection is one that has “captured the curiosity of robot fans for decades, even though few collectors ever had the chance to view it in Enzo’s home,” said Morphy. “We think curiosity about its contents will attract potential bidders from all over the world. It contains many examples with provenance from the Davidson, Griffith, Lesser and Paul Lips collections. Everyone knows Enzo’s collection is one of the all-time greats.”

Some of the top entries in the Pertoldi collection are:

Many of the most popular brands are represented in a fleet of pressed-steel vehicles in the auction, e.g., Buddy ‘L’ and Smith-Miller. Highlights include Lot 889, a mint/boxed Buddy ‘L’ red Scarab car, and an exceptional Banner emergency truck.

An assortment of cast-iron cars, trucks, cabs, tractors and horse-drawn vehicles will be offered, as well. Lot 893, a Smith-Miller fire truck in original box with inserts and tags; Lot 150, an elusive Ives Phoenix fire pumper toy with all seven firemen and driver; and a complete Bell Telephone truck, are within the grouping.

Beautiful games and puzzles that showcase the superior artistry and lithographic prowess of late-19th-century toy manufacturers await bidders. Lot 921, a Fireman puzzle in original box; and Lot 922, a Wild West game, are both by McLoughlin Bros. Lot 923, a Moose Hunt game by Chaffee & Selchow, is believed to be the only known example.

Lineol toy soldiers from the collection of Dennis Fontana, who authored the book “War Toys, Vol. 2,” comprise another exciting category in the sale. Among the more than 140 lots are several tinplate vehicles, many composition soldiers, and hard-to-find Lineol horse-drawn military equipment in different sizes. Along with the 7.5cm WW2 toy soldiers, this collection contains many other figures in larger scales. Highlights include an early 19cm marcher, some 11.5cm soldiers, and a fine 14cm mounted officer.

A large selection of sports memorabilia includes autographs from Baseball Hall of Famers, including Ted Williams, Joe DiMaggio and Satchel Paige; an extensive collection of 1930s-60s sports cards, a nice collection of 1930s mini pennants (including one for Babe Ruth), and numerous signed jerseys, photos and documents. Selected highlights include a 1931 Philadelphia Athletics team-signed baseball, with many Hall of Famers represented; two excellent player-endorsed games (Lot 1091, Say Hey Willie Mays; Lot 1092, Yogi Berra); and Lots 1104 and 1105, advertising signs featuring Ted Williams in an endorsement for the soft drink Moxie. An unusual entry is Lot 931, a baseball signed by 11 Apollo astronauts with impeccable provenance. Morphy Auctions Chief Operating Officer Tom Sage Jr. explained that the ball belonged to a man who worked with NASA on the Apollo project at Rockwell. “It comes directly from the man’s wife and is accompanied by an original photo of the astronauts at an LA Dodgers game,” Sage said.

Among the many other notable lots in the sale are Ives, Bing, Lionel and American Flyer trains; Lot 911, a great-looking 1937 Schwinn Excelsior boy’s bicycle; and Lot 880, a very rare 1958 Marx Telephone Repair Unit display with truck, figures, tools, accessories and instructions sheet.

For additional information on any item in Morphy’s Sept. 6-7 auction, call 717-335-3435 or e-mail serena@morphyauctions.com.

Both sessions will start at 9 a.m., with Internet live bidding through LiveAuctioneers.com. 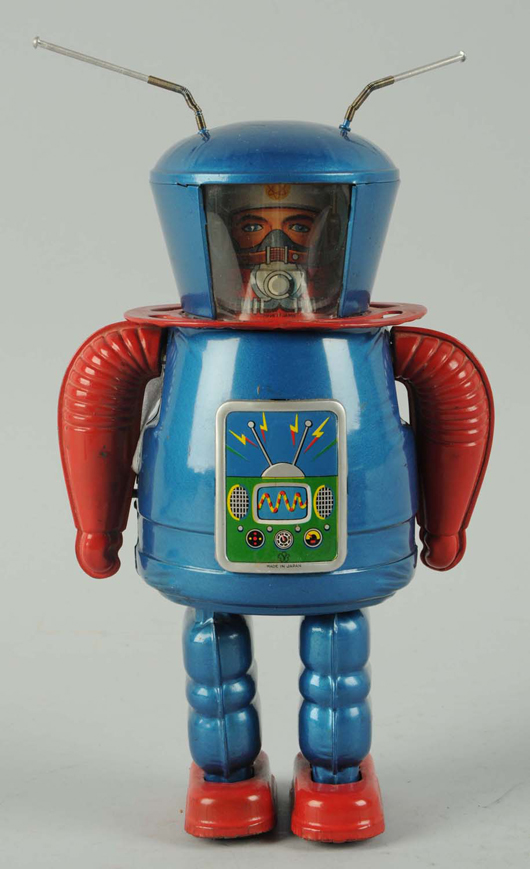 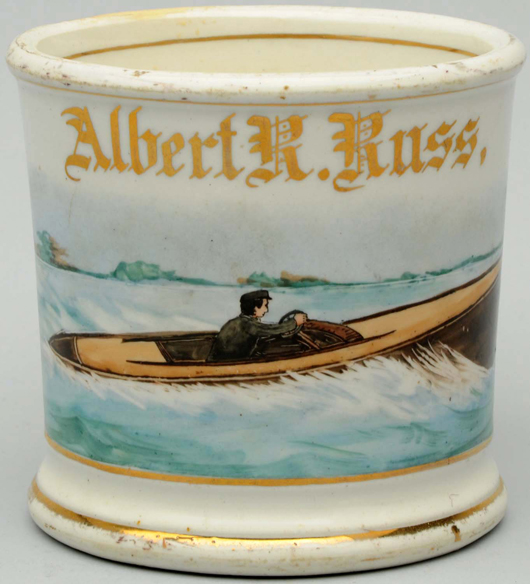 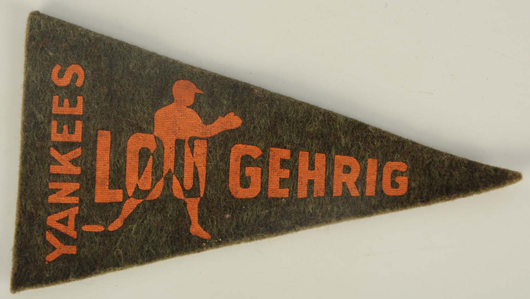 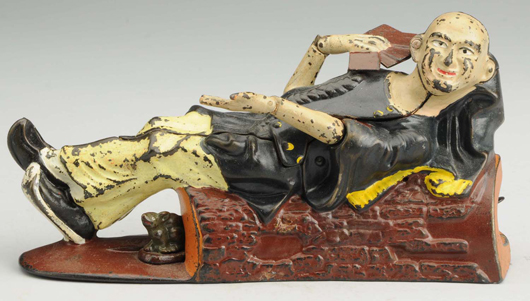 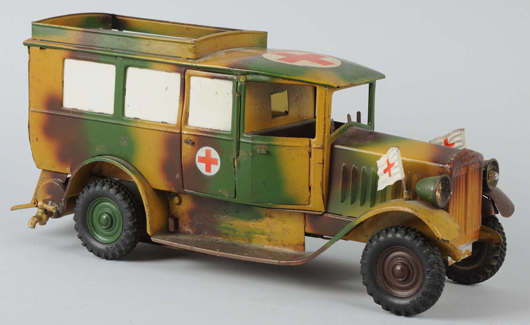 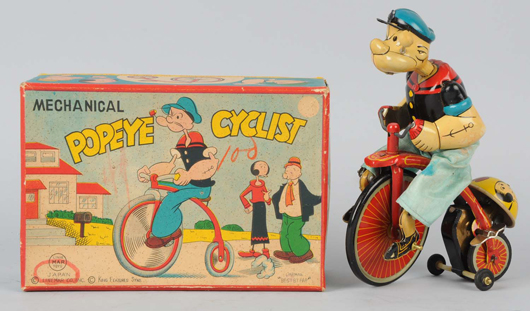 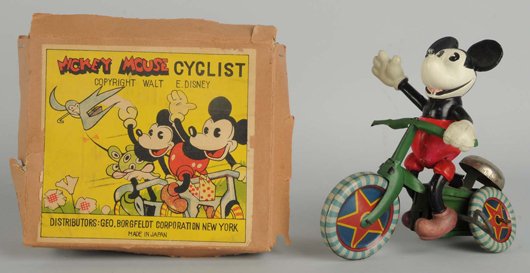