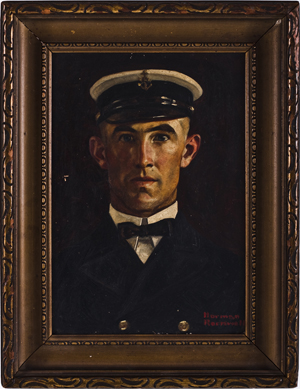 PHILADELPHIA – Fuller’s Fine Art Auctions will “pop” onto the art market this spring with paintings, prints and sculpture by American icons Andy Warhol, Alex Katz, Tom Wesselmann, Alexander Calder and Robert Indiana. Among the top lots in Fuller’s May 8 sale – with Internet live bidding through LiveAuctioneers.com – are a numbered and signed Warhol screenprint, Northwest Coast Mask from “Cowboys and Indians” ($8,000-$10,000), a 2006 Alex Katz oil on board titled Study for Corinne ($10,000-$15,000), Katz’s color screenprint on aluminum, Anne ($12,000-$18,000), and a Wesselmann Maquette for Dropped Bra ($12,000-18,000).

A star lot in the sale is the original Norman Rockwell painting, Portrait of Chief Petty Officer LeRoy Evans ($30,000-$40,000). During World War I, LeRoy Evans served in the Navy with Rockwell in Charleston, South Carolina.

When Evans first met Rockwell, the artist was reputed to be a house painter, and was digging postholes for the military. Evans mentioned to Rockwell that it must be rough work on the hands of a painter. Rockwell corrected Evans, explaining that he was an illustrator, and agreed it was indeed rough on his hands. A compassionate superior, Evans reassigned the young artist to a job in the camouflage department in the last days of 1917. In gratitude, Rockwell painted Evans’ portrait.

Evans never saw Rockwell again, but his family eventually contacted the artist. This painting will be sold with Rockwell’s letter to Evans’ descendants dated March 16, 1971 on his stationery, in which he recollects painting the portrait. In addition to being reproduced in Moffatt’s catalogue raisonne (P33, page 977), the Portrait of Chief Petty Officer LeRoy Evans is mentioned in Rockwell’s autobiography, My Adventures as an Illustrator.

Fuller’s Spring sale also features an oil painting by one of the most successful British artists of the late-19th century, Walter Dendy Sadler. Sadler’s work was immensely popular during his lifetime, and often reproduced. The Old, Old Song ($10,000-$15,000) is a variation of subject matter favored by the artist in which he satirically depicted Regency dining room scenes illustrative of the follies of men. This particular dining room scene was reproduced as an etching in 1920 by L.H. Lefevre of London.

Also destined to cross Fuller’s auction block is a platinum-palladium print, Sculptor’s Model, Paris, 1950, ($20,000-$30,000) by renowned Vogue photographer, the late Irving Penn. This print was created during the period in which Penn produced a series of female nudes focused exclusively on the subject’s torso. In pristine condition, the print is pencil signed, initialed, titled, dated, and numbered “29/35.”

Fuller’s spotlights two works by American-born sculptor, Sir Jacob Epstein. A bronze (circa 1908) by the artist, titled First Portrait of Euphemia Lamb ($6,000-$10,000), and a recently rediscovered alabaster sculpture, Chimera ($5,000-$7,000) are expected to draw international interest. The alabaster work is one of three created in 1932 at Epstein’s studio at “Deerhurst,” Loughton, in Epping Forest, around the time his carving style converged with that of his friend and colleague, Henry Moore.

A reclining nude sculpture, Tranquility, by Modernist William Zorach is expected to bring $15,000-$20,000. Created in 1954 of German silver, this work comes from the estate of the artist.

Therman Statom’s painted glass house is a solid cast-glass sculpture with his trademark colorful drawings. Unusual early glass by local artists, Roland Jahn ($250-$350) and Steven Tobin ($150-$250), are also included in this auction. Decorative arts include porcelain by Sherle Wagner, a laminate tulip table by Eero Saarinen for Knoll, and a selection of sterling and silver plate flatware and tableware.

For additional information on any item in the auction, contact Fuller’s at 215-991-0100 or e-mail info@FullersLLC.com. 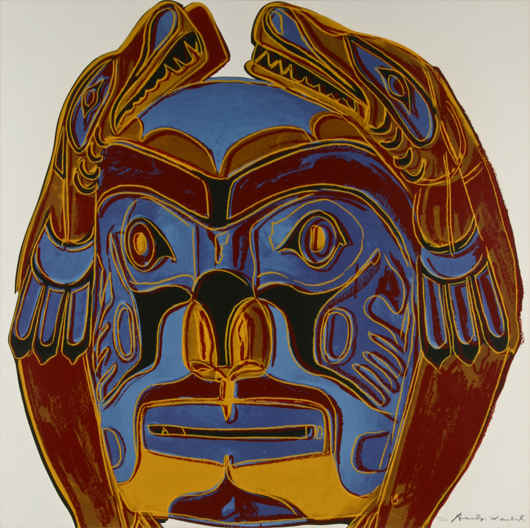 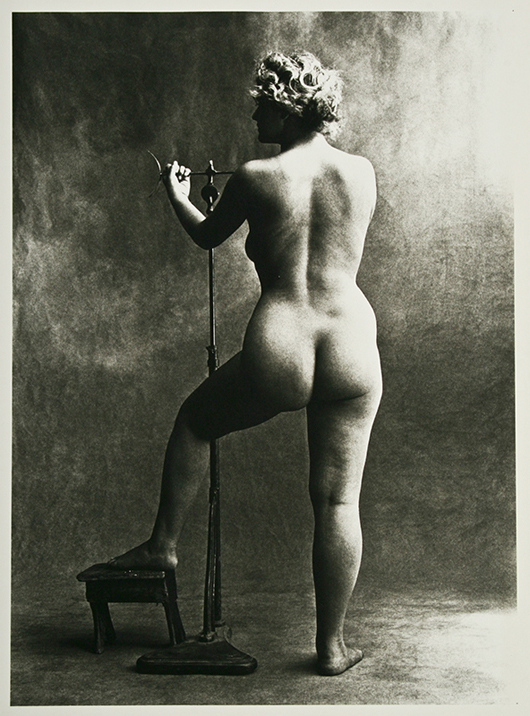 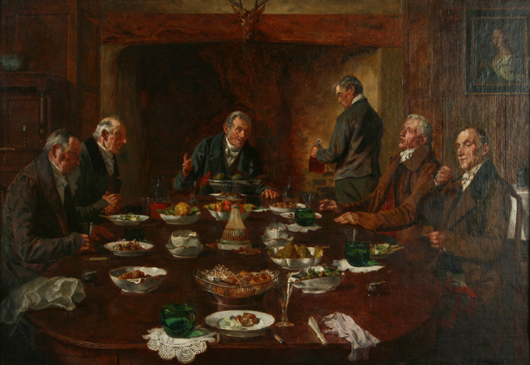 Shelley’s Frankenstein in the spotlight at Gray’s, May 6
Scroll to top