The highest-estimated lot (shown at top of page) is Ed Ruscha’s (American, b. 1937-) split-fountain panoramic screenprint titled Hollywood. Numbered 17/100, it is artist-signed E. Ruscha and dated 1968 in pencil. The quintessential depiction of the iconic “Hollywood” sign bathed in golden sunlight, the artwork has a framed size of 19 5/8 by 46½ inches and is estimated at $80,000-$100,000. 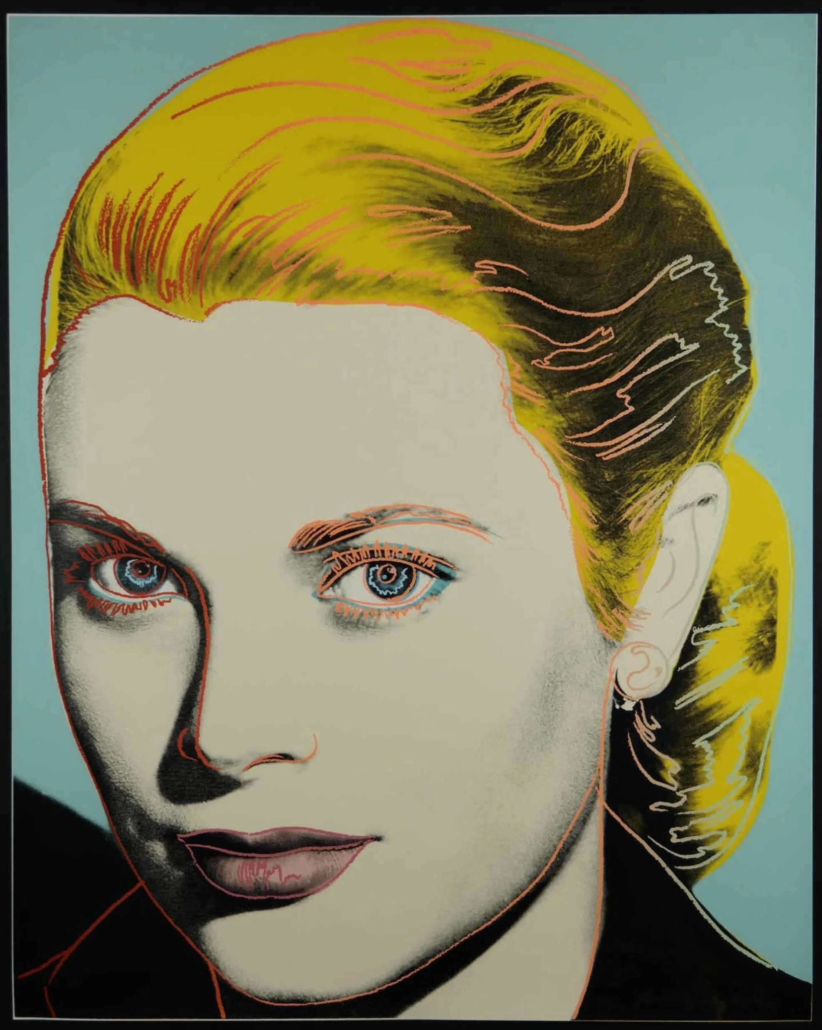 Also expected to attract strong bidder attention is a beautifully executed Andy Warhol (American, 1928-1987) screenprint of Grace Kelly, which the artist created in 1984. “This particular Grace Kelly print is so much better than others we’ve seen,” said Quinn’s Executive Vice President Matthew C. Quinn. “When compared to others in the same edition, it’s immediately obvious that this is a superior image with great colors. Even the squiggly lines, which became symbolic of cover images on Warhol’s ‘Interview’ Magazine, are very colorful. This is a crisp, high-quality print in exceptional condition.” Artist-signed in pencil and numbered 153/225, the Warhol comes to auction with a $60,000-$80,000 estimate.

Art collectors will have the rare opportunity to purchase a complete Friedensreich Hundertwasser (Austrian, 1928-2000) portfolio titled Midori No Namida, released in 1975. It contains five vibrant woodcuts in colors on Japan paper, together with a justification folder, booklet, and artist-designed furoshiki (cloth carrying-scarf), all presented in the ensemble’s original Japan cedar box. Each sheet measures 16¾ by 21¼ inches. The portfolio is estimated at $18,000-$22,000. 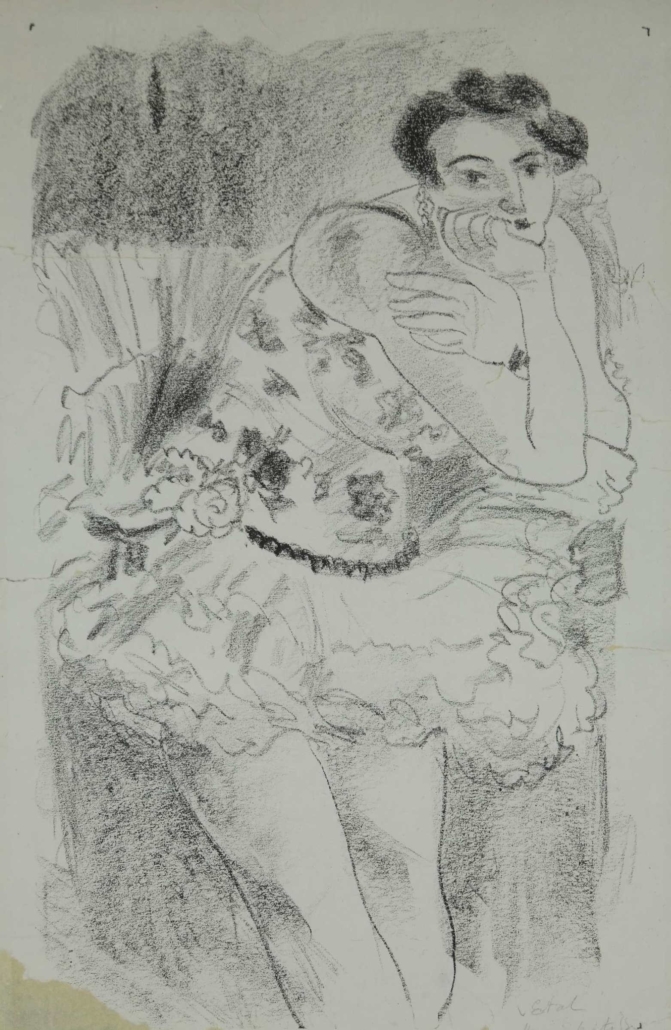 A 1927 first-state lithograph on chine volant by Henri Matisse (French, 1869-1954) is titled Danseuse Debout [from “Dix Danseuse”]. Measuring 19 5/8 by 12¾ inches, it depicts in fine detail a pensive ballerina in a tutu and is editioned and signed in pencil. Its provenance includes the estate of American sculptor Bruce Moore. Estimate $4,000-$6,000 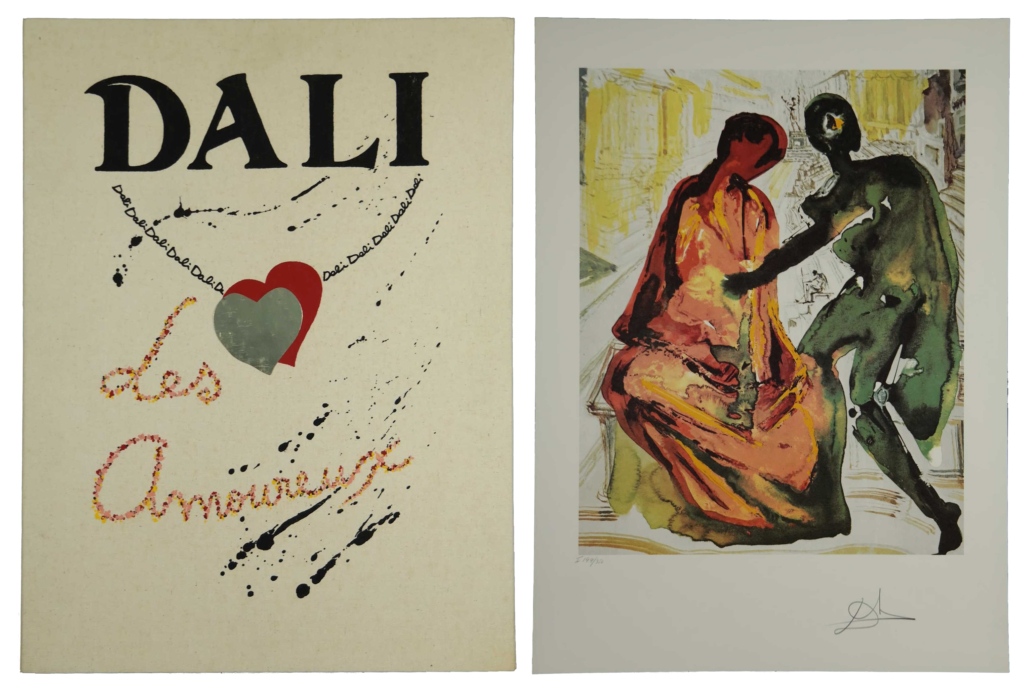 Containing three lithographs in colors on Arches paper, Salvador Dali’s (Spanish-1904-1989) complete 1978 portfolio “Les Amoureaux” is edition 199 of 300 and retains its original decorative linen case. The lithographs include “Anthony and Cleopatra,” “Lancelot and Guinevere,” and “The Garden of Eden.” Each sheet is editioned and signed in pencil and measures approximately 29½ by 21¾ inches. The portfolio estimate is $1,200-$1,800. 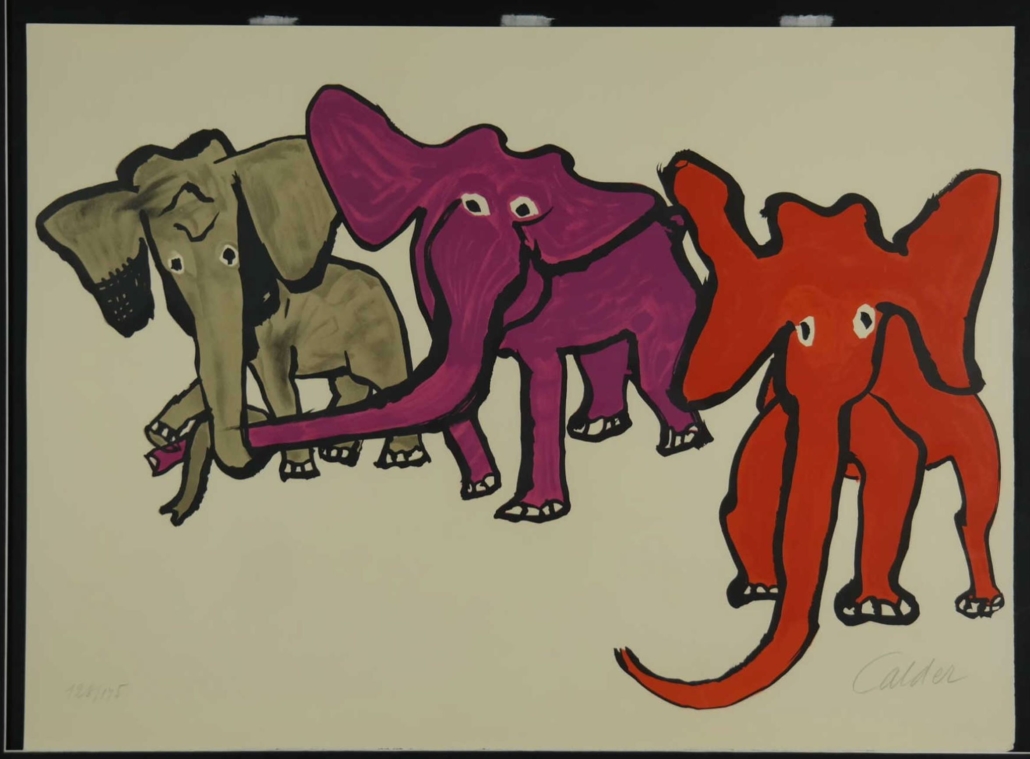 Nine lots are devoted to the lively art of Alexander Calder (American, 1898-1976), with three in colors on Arches paper depicting affinity groups of animals. From the 1976 Mourlot [Paris] portfolio “Our Unfinished Revolution,” their individual titles include: Elephants; Seals; and Animals. Each is number 128 of 175, is editioned and signed in pencil, and entered in the auction with a $1,000-$1,500 estimate. 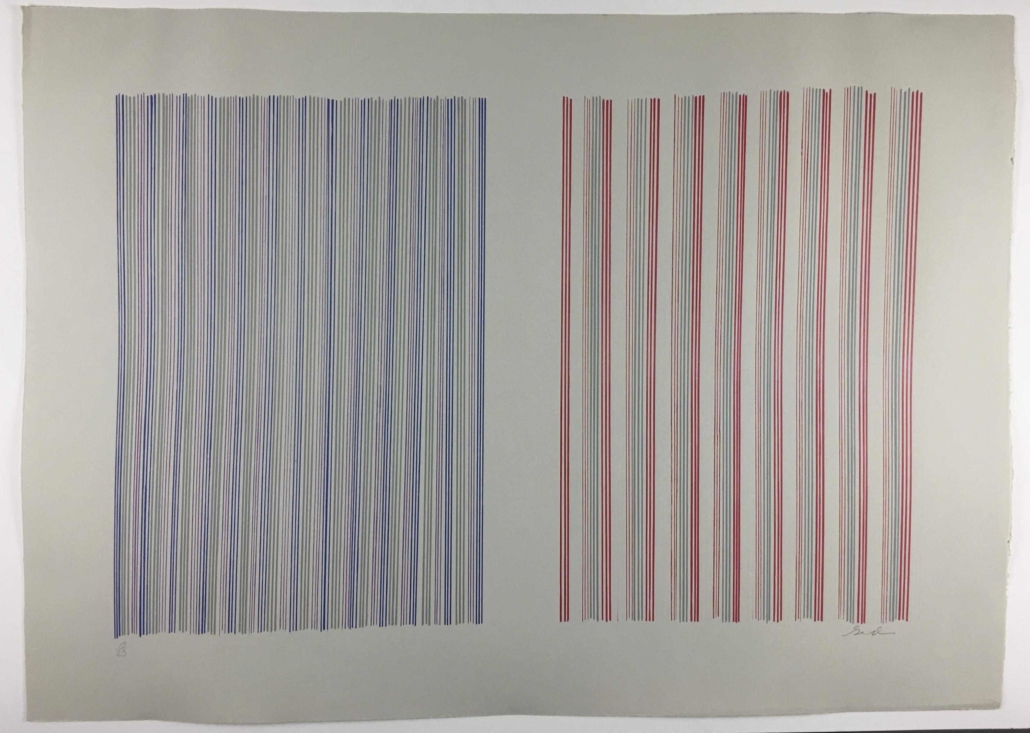 In its past sales, Quinn’s has auctioned many prized works by Washington Color School artists. Among those featured in the November 16 auction is a 1953 Gene Davis (American, 1920-1985) signed lithograph in colors titled Equinox, edition 13 of 25 and estimated at $600-$800. 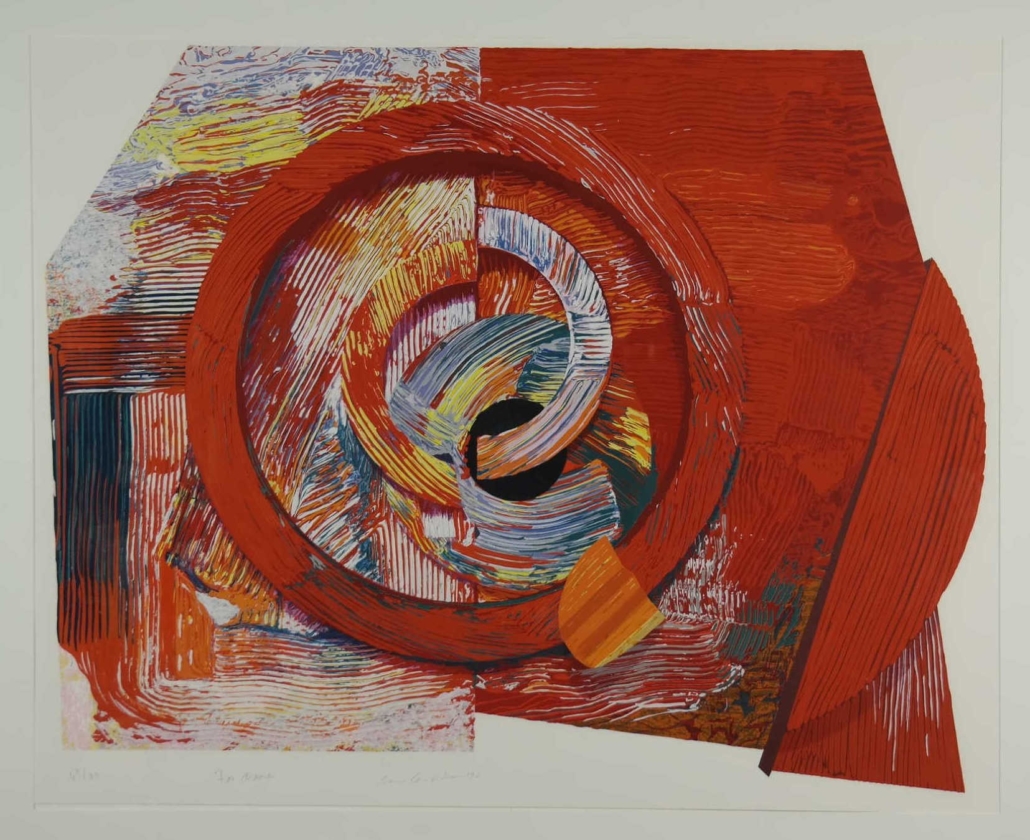 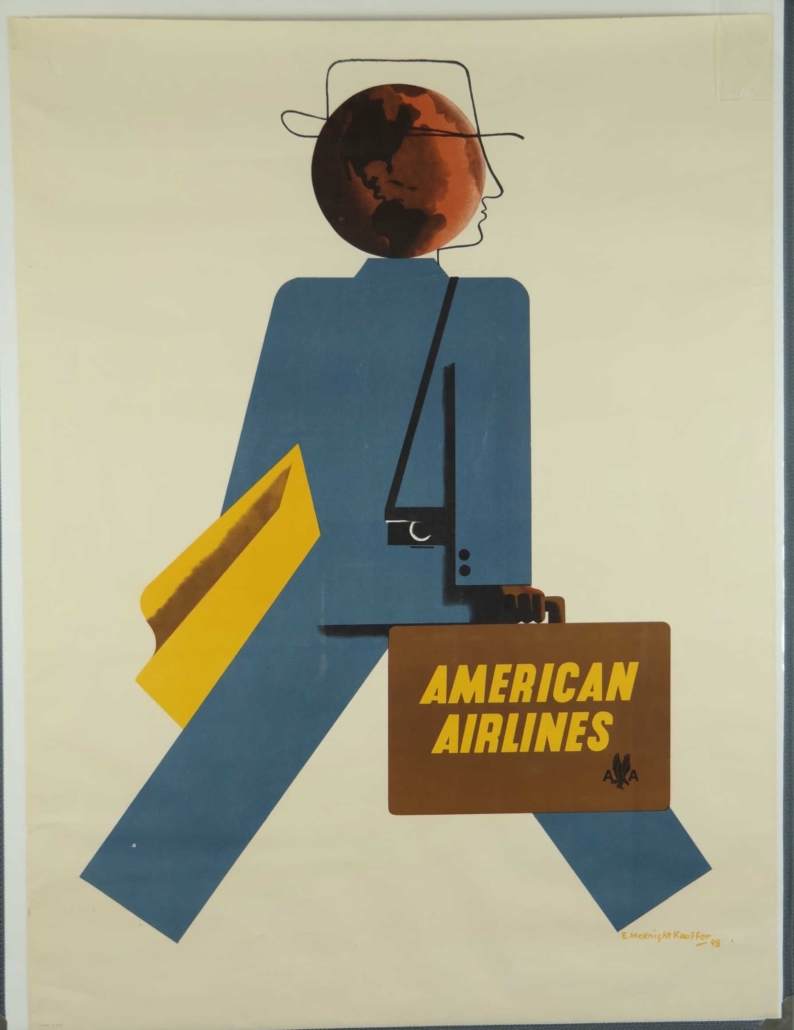 Within the 80-lot selection of posters are several late-1940s travel advertisements created for American Airlines by E. McKnight Kauffer (American, 1890-1954). The posters tout such holiday destinations as Paris, Holland, England, and America’s East Coast. A 40- by 30-inch Modernist poster depicting a globetrotting businessman with briefcase in hand is expected to land at $800-$1,200.

The November 16, 2019 auction will be held at Quinn’s gallery located at 360 South Washington Street in Falls Church, VA 22046, starting at 11 a.m. ET. All forms of remote bidding will be available, including live via the Internet through LiveAuctioneers.

For additional information about any item in the auction or to discuss a future consignment, call Catherine Payling at Quinn’s, 703-532-5632 ext. 575, or email catherine.payling@quinnsauction.com. For preview times, visit Quinn’s online at www.quinnsauction.com. 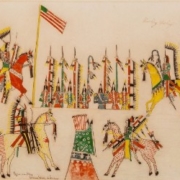 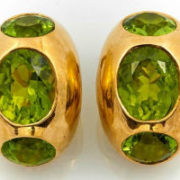 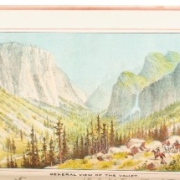 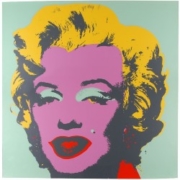 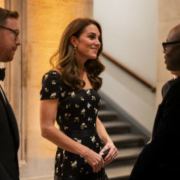 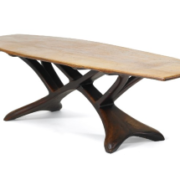 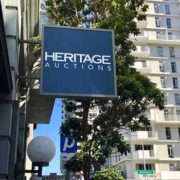 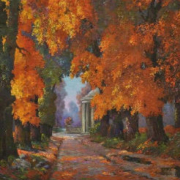