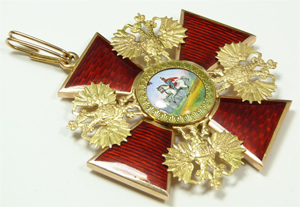 A preview will be held on Friday, April 27, from 11 a.m.-5 p.m., and on Saturday, the day of sale, from 11 a.m. until the first gavel comes down at 1 p.m. Telephone and absentee bids will also be accepted. Boynton Beach is located on Florida’s Gold Coast, between Palm Beach and Fort Lauderdale.

The auction’s expected top lot is a late 19th century Russian red enameled medal from the Order of St. Alexander Nevsky by Albert Keibel (St. Petersburg). Constructed of 14K yellow gold with red enamel, the medal measures 3 1/4 inches tall by 2 1/2 inches wide, holds an “AK” mark under the enamel and has a total weight of 33 grams. It should gavel for $50,000-$75,000.

One item that doesn’t carry a very high estimate but has already garnered keen attention through online hits is a 19th century German handcrafted wooden Black Forest mantel clock (est. $4,000-$6,000). The 28-inch-tall clock has intricate raised scrolled floral designs throughout. The cuckoo is standing to recess at the top of the clock.

Two lots carry identical estimates of $20,000-$30,000. The first is a pair of large Chinese cloisonné bulbous bottle vases with raised peaches with branches, leaves, flowers and bats. The 19th century vases are each 25 inches tall and have a turquoise ground color. The rims feature an Etruscan and stylized lingzhi border and the bottom holds red enameled calligraphy.

The other is a set of three Soviet army Medals of Honor (the highest award given to an enlisted man) given to Master Sgt. Vassily Grigorievich Taranenko, a highly decorated soldier who fought in the Finnish War (1939-1940) and World War II (1941-1945). Each medal is set together on a copper pin and has a ribbon. The medals are 4 inches tall and almost 2 inches long.

An early 20th century Russian hand-carved agate baboon figure, made by the Denisoff-Ouralsky & Co. (St. Petersburg) and contained in the original silk-lined fitted leather-bound presentation box, should breeze to $12,000-$15,000. The monkey, 3 inches in height, has cabochon cut ruby stones set to eyes, with 18K white gold mounts. It weighs 186 grams.

An imperial Russian silver tankard mug with figural intertwined snake handles and holding the Cyrillic Fabergé mark with double-headed eagles has an estimate of $10,000-$15,000. The tankard shows the workmaster marks of Julius Rappaport (1883-1916) and holds round cabochon cut enameled jewel over crest to the front of the cup and a gold wash interior.

A pair of 18th century Chinese Qianlong turquoise porcelain bottle vases having an impressive relief floral design throughout, each vase standing about 16 inches tall, should hit $10,000-$14,000. Each holds the Qing Dynasty Qianlong (1736-1795) six-character archaic reign mark to the bottom and is perched on its own wooden base. Each weighs about 16 pounds.

A pair of lots is each expected to garner $8,000-$12,000. The first is an Old Pavel Bure Russian 14K yellow gold pilot pocket watch with a wristwatch option. The early 20th century watch has a brick and bar link bracelet for attachment as a wristwatch. These watches were custom-made for pilots of the day, since pocket watches were impractical during flight.

The second is an antique pair of 14th century Chinese porcelain vases in elongated bottle form with a flared lip. Each 17-inch-tall late-late Yuan or early Ming Dynasty vase is painted with Sumail cobalt blue and copper red colors depicting a dragon with phoenix and calligraphy to the body. These vases were excavated in the Qing Hai Province in Western China in 2002.

Rounding out some of the day’s expected top lots is an imperial Russian silver tankard having a chased floral design to the exterior, with monogram and dedication dates (1921-1923). The mug holds the workmaster marks of Antip Kusmichev, known for his gold and silver crafts. It also holds Moscow kokshnik marks. The 7 1/4-inch-tall tankard weighs 12.19 troy ounces.

To learn more about Elite Decorative Arts and the April 28 and May 19 auctions log on to www.eliteauction.com. 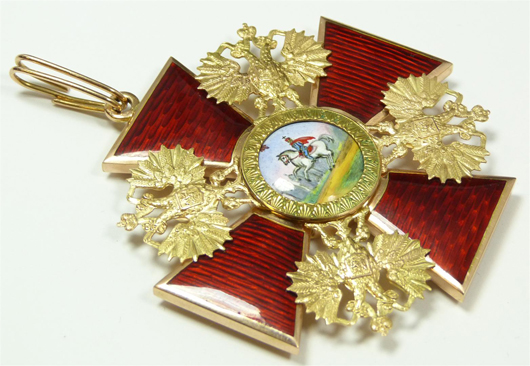 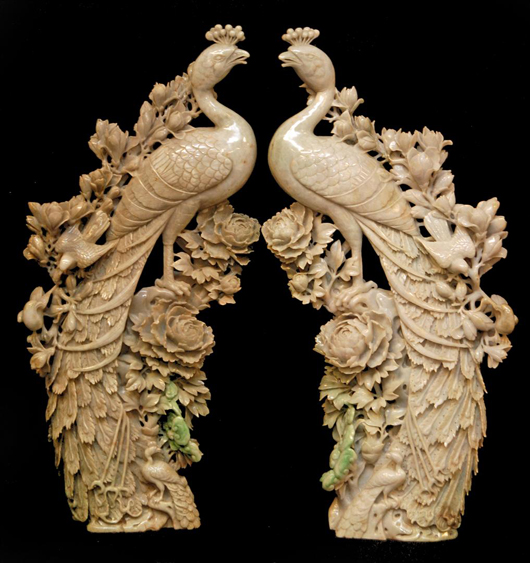 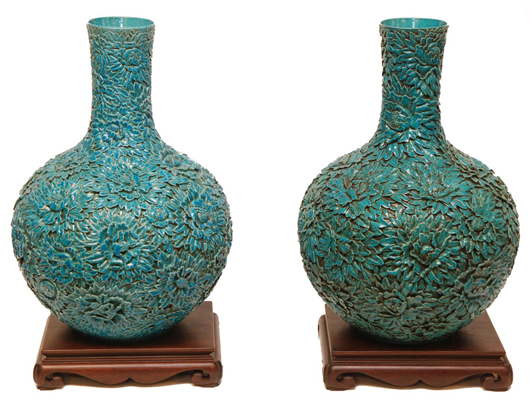 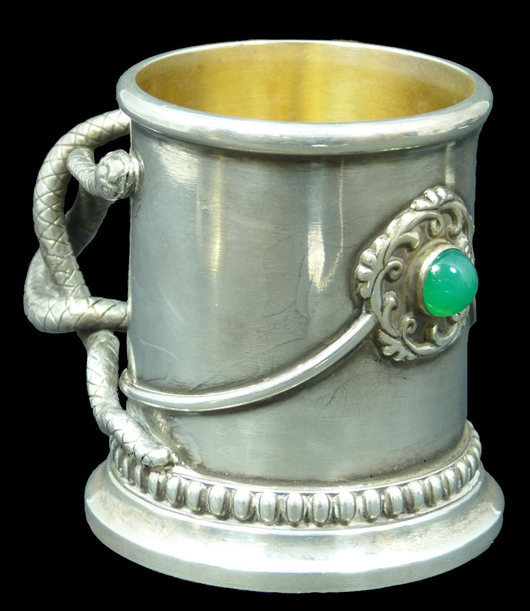 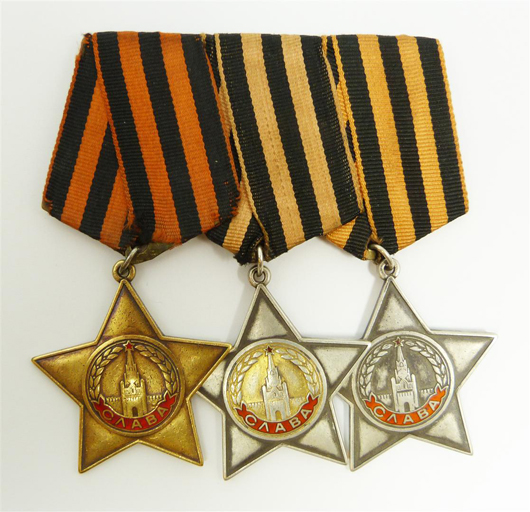 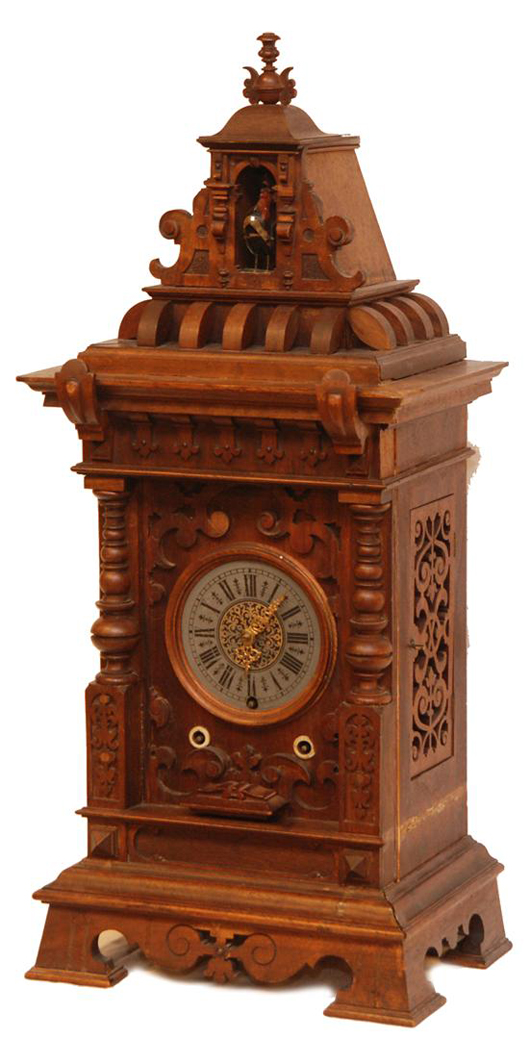