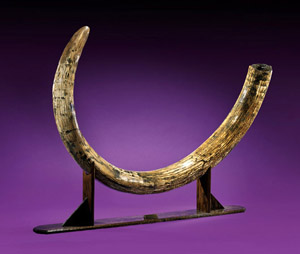 BEVERLY HILLS, Calif. – Many of the world’s premier natural history collections, both private and institutional, contain prized specimens that previously passed through the doors of I.M. Chait’s Beverly Hills auction gallery. Twice a year, the family-owned company conducts a sale of fossils, minerals, gemstones and prehistoric animal skeletons. Chait’s next natural history auction, slated for Saturday, July 26, 2014, will feature select pieces from all of those categories and more. Internet live bidding will be available through LiveAuctioneers.

Several private collections are represented in the July offering, including the Estate Collection of Marina Louise Schreyer of Switzerland, which features minerals, spheres and other lapidary works; and a private East Coast collection of fossils and lapidary works that includes a complete dinosaur head, ammonites and a large amethyst geode mounted as a table.

The star of the show, which is featured on cover of the auction catalog, is a display of two fully articulated Dinictis feline (saber-toothed cats), locking in mortal combat with their fearsome jaws agape. The two skeletons were recovered in 1998 and 1999 from separate private ranches in South Dakota’s White River Badlands regions.

The Dinictis is one of the earliest saber-toothed cats to appear in the fossil record, 38-34 million years ago. It was a member of the Nimravidae family – the “false” saber-toothed cats – which were similar but not related to the later Felidae (true cats).

Their hyper-developed canine teeth were essentially finely serrated knives, specialized for killing or feeding. Scientists believe that elongate sabers were specialized for severing either the windpipe or jugular of a prey animal after they were brought down, allowing the cat to administer a swift ‘coup de grace’ to immobilize its prey, Chait said.

The skeletons in the display are in outstanding condition, preserved and mounted to the very highest standards. By bone count, they are 50-60% and 70-80% complete, respectively. As top lot of the sale, the three-dimensional depiction of a prehistoric catfight is expected to make $200,000-$250,000.

Other fascinating zoological entries include a very large and well-preserved Mammuthus primigenius (“Mammoth”) tusk found in Alaska and dating to the Ice Age, estimate $60,000-$70,000; a superbly mounted “flying dinosaur” posed as though in flight, estimate $110,000-$140,000; and what may be the world’s longest known example of dinosaur coprolite (fossilized dung). Measuring 3 feet 4 inches long, it could sell for $8,000-$10,000. Additionally, the sale features lapidary works of art, various investment-grade fossils, minerals and gemstones; and petrified wood from multiple American estates.

Mummy parts are intriguing and extremely hard to come by. The July 26 auction offers collectors a rare opportunity in the form of an Egyptian mummified female hand. “The hand was purchased from a museum many years ago and has since remained in a private collection,” Chait noted. Estimate: $3,000-$4,000.

Now that the United States has terminated its manned space shuttle program, auction prices on geological specimens from the moon and beyond have shot through the stratosphere. I.M. Chait’s sale includes a vial of Martian dust – not from a NASA Mars mission, since astronauts have yet to set foot on the Red Planet, but from a Martian meteorite that hit the earth millions of years ago. The meteorite was discovered in the Sahara Desert in 2009. The 1¼-inch vial is expected to reach $550-$700 at auction.

Recovered in southern Morocco in early 2012, a meteorite believed to be from the planet Mercury – the first of its kind to be identified as such – has an approximate age of 4.56 billion years. Its composition is consistent with Mercury data obtained by the Messenger spacecraft, which has been orbiting the planet closest to the sun since early 2011. “This is the type of specimen that ends up in a connoisseur’s collection,” said Chait. “It’s rare and historically very significant.” Estimate: $42,500-$46,000.

An exciting selection of meteorites and other extraterrestrial material (from the moon and Mars); and quality space memorabilia from a private Los Angeles collector add to the variety available to bidders in the 360-lot sale. 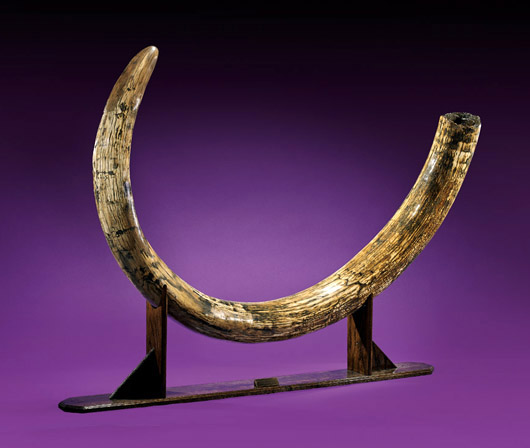 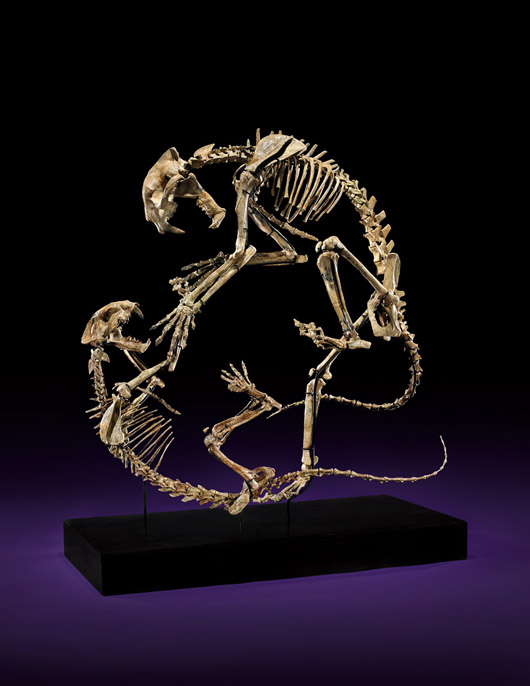 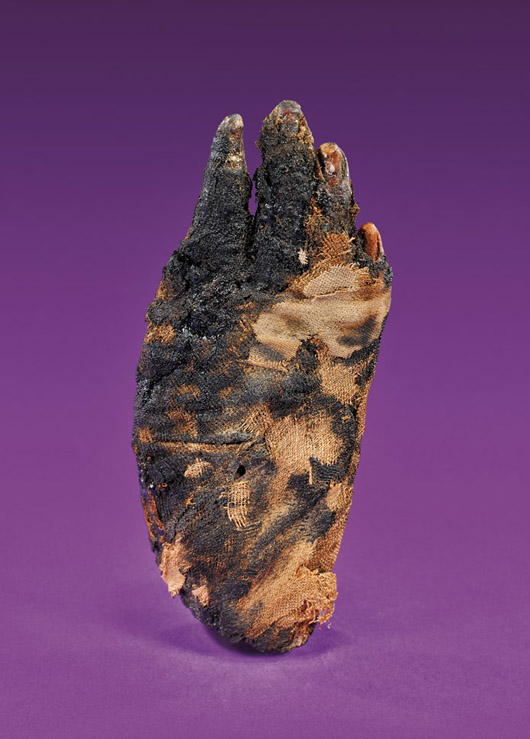 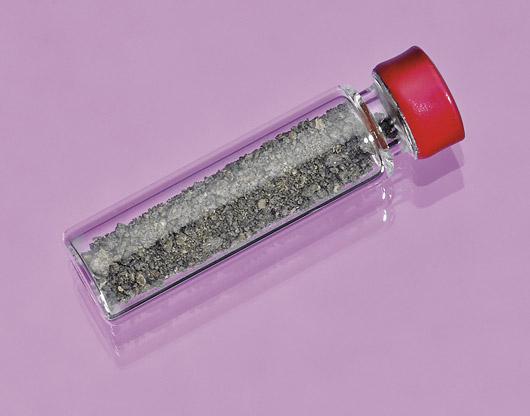 Vial containing particles of the Martian meteorite NWA 5790, discovered in 2009 in Mauritania, in the Sahara Desert. Estimate: $550-$700. I.M. Chait image 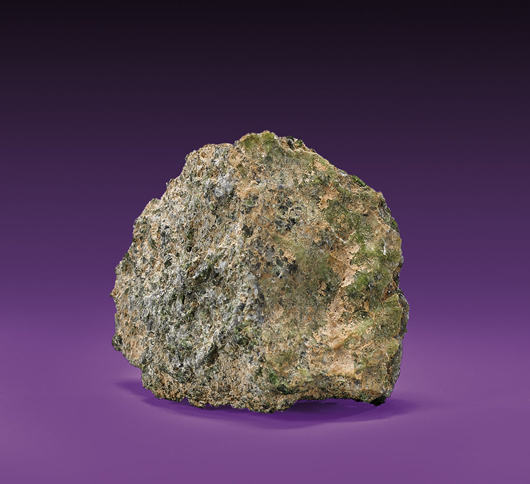