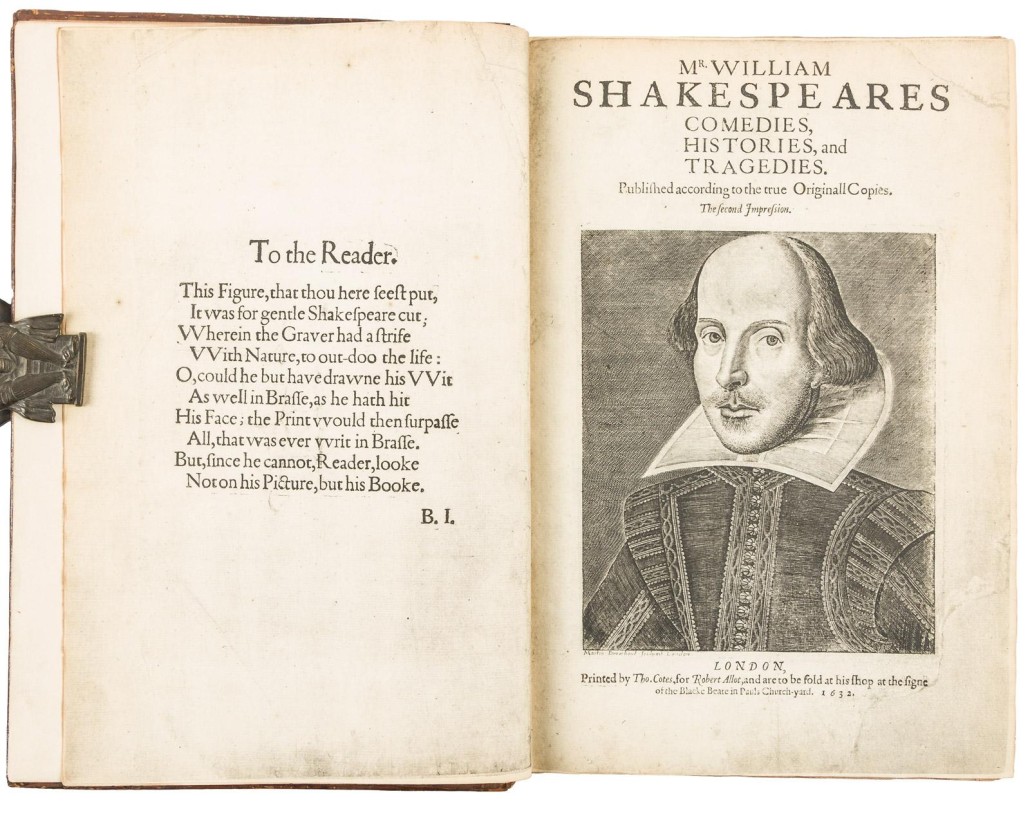 SAN FRANCISCO – On Nov. 17, PBA Galleries will offer one of the great landmarks of English literature and a cornerstone of any rare book collection, the second folio edition of Mr. William Shakespeares Comedies, Histories, and Tragedies. From 1632, the second folio is essentially the earliest obtainable printing of Shakespeare’s plays, as copies of the “First Folio” are of great rarity. The Second Folio reprints (on a page-for-page basis) the 1623 “First Folio” – the first printing of Shakespeare’s collected plays. This large and handsome copy, rarely found in old calf binding, has a $120,000-$180,000 estimate. Absentee and Internet live bidding is available through LiveAuctioneers.com.

Alfred Stieglitz’ iconic image of The Steerage will also be on the block. Hailed as “one of the greatest photographs of all time,” it is considered one of the first proto-Cubist works of art. The work is both a formative document of its time and one of the first works of artistic modernism. Stieglitz had for several years been the most prominent early champion of photography as fine art, but The Steerage represents a fundamental shift in Stieglitz’s thinking away from a pictorialist conception of photography. Taken in June 1907 aboard a passenger ship on which Stieglitz traveled to Europe when the photographer wandered off from his first-class section of the boat. This image is estimated at $30,000-$40,000. 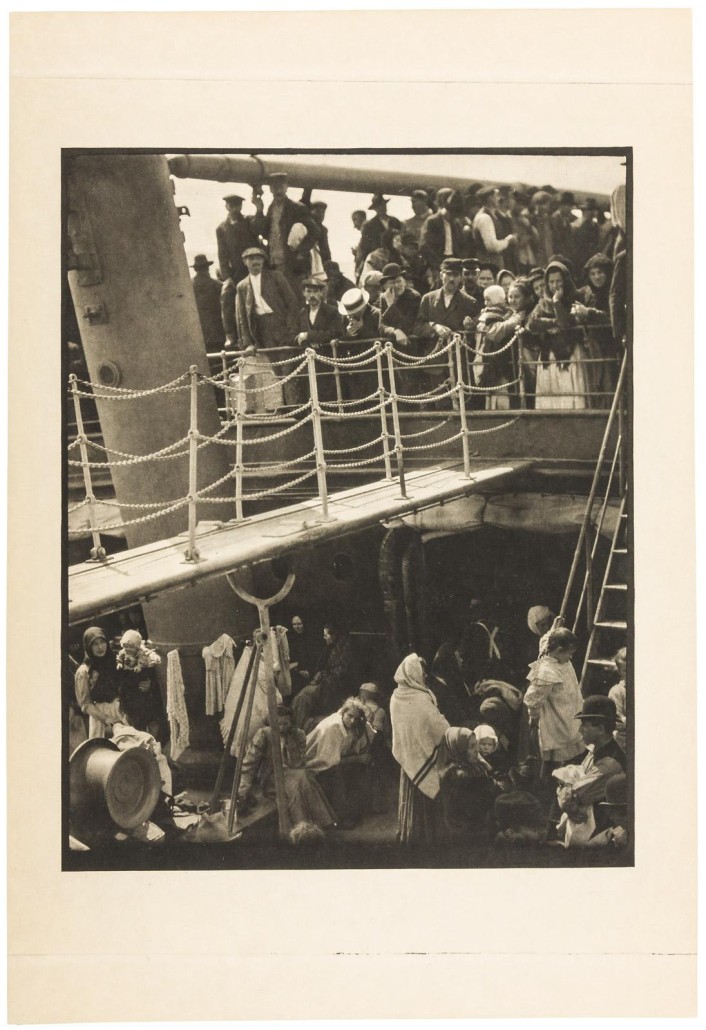 Also, featured in the sale is a handsome copy of the 1617 large folio edition of the King James Bible (below), one of the great classics of English letters and a monument of printing. This is an exceptional example, including the rare map and is textually complete lacking two leaves of the genealogies. Both the map and the genealogies were optional for purchase and are often not present. The 1617 edition is the third large folio edition of the King James Bible and is rarely found in such complete condition. It is expected to sell for $20,000-$30,000. 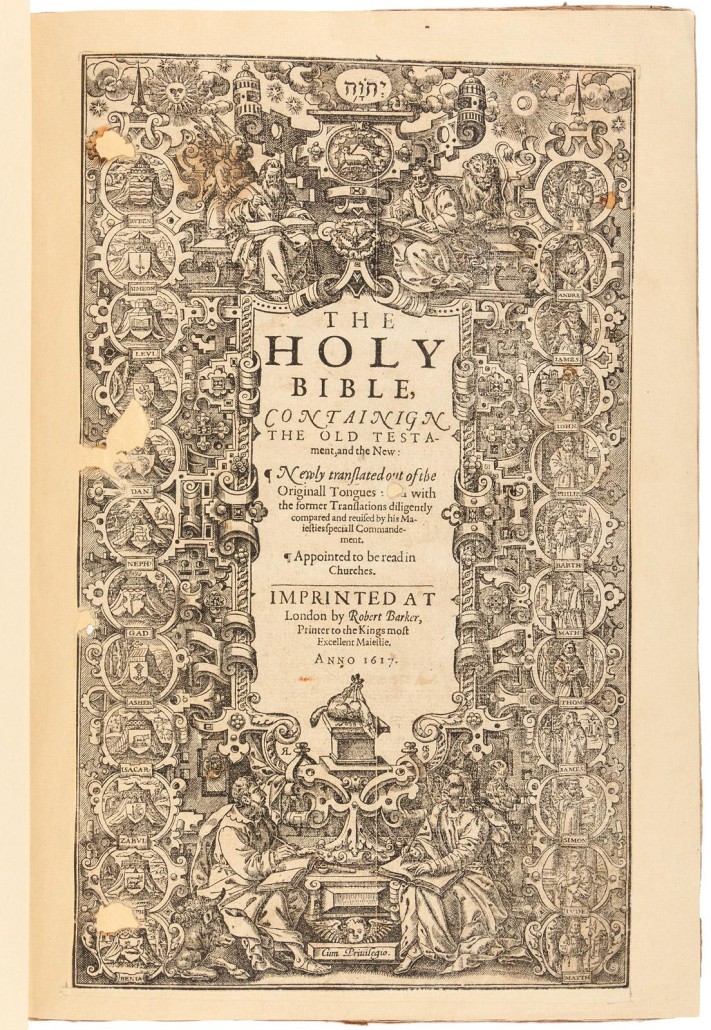 Other highlights of the auction include a rare work by Kahlil Gibran, The Madman: This Parables and Poems inscribed and signed by him and found in the original dust jacket (est. $6,000-$9,000); a rare incunable edition of Historia Alexandri Magni, Quintus Curtius’ seminal history of Alexander the Great, published in Venice in 1496 (est. $5,000-$8,000); the Philippine edition of João Rodrigues Girão’s significant Japanese-Portuguese vocabulary, published in Manila in 1630 (est. $4,000-$6,000); and a superb album with 64 original albumen photographs of India circa 1870-1880 capturing architecture and magnificent scenery of the subcontinent (est. $2,500-$3,500).

At slightly less than 300 lots, the sale also contains many other rarities, from massive 17th century religious tomes to Harry Potter, with important literature, landmarks of science, exploration, rare manuscripts, photography and much more. The sale will begin at 11 a.m. Pacific Time.

For more information contact PBA Galleries at 415-989-2665 or pba@pbagalleries.com.

View the fully illustrated catalog and bid on LiveAucitoneers.