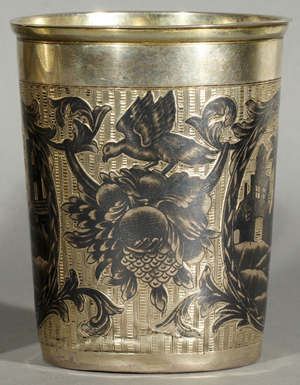 The sale titled “Russian + International Art & Antiques” will be the fourth auction to take place at the house’s new headquarters at 506 E. 74th St., just two blocks north of Sotheby’s. With over 550 lots the sale will be the largest in the company’s history, and will be preceded by a week-long preview exhibition of the works, allowing the perspective clients and art lovers to interact with the works before placing bids.

As in the past, the auction will include items from the 16th to the 21st century, and will cover a large range of categories—from Cossack weapons and Soviet militaria, to European and Russian imperial porcelain. Some of the highlights include spectacular bronzes by Evgeny Lanceray, several works from the Fabergé workshop, paintings by Stepan Kolesnikoff (including pieces from the Vladislav Mayevsky collection), numerous works by Konstantin Korovin, and seascapes by Ivan Aivazovsky and Ilya Zankovsky. A variety of important works by contemporary artists such as Mikhail Roginsky, Komar and Melamid, and Natalia Nesterova will also feature prominently in the auction. As always, works by European old masters, as well as American and Asian artists from a variety of periods will form an integral part of the auction, including a harbor scene by Raoul Dufy, a striking painting by Chuang Che, and a dynamic battle scene by Joseph von Brandt.

The sale will include two mesmerizing paintings by Georgi Gabashvili, including the extraordinary oil on canvas, Still Life With Fruit, 1916, which was acquired directly from the artist at the date of production and then later formed a part of a private New York collection before being sold at Sotheby’s New York in 2008 (currently estimated at $120,000-150,000). Another striking work by the artist, Campfire, circa 1895, was showcased at the “From Russia with Love” exhibition at the National Arts Club in New York in March ($60,000-80,000). A precious oil painting, Moonlit Passage in Jupille, 1911, signed and dated by Ivan Pokhitonov is also available for sale ($25,000-30,000). The work has been included in an exhibition of works by the artist at the State Tretyakov Gallery in 1963, “Ivan Pavlovich Pokhitonov: 1850-1923,” was included in a variety of publications, and will form a part of the forthcoming catalogue raisonné of Pokhitonov’s work by Oliver Bertrand.

Decorative objects and works of art play a significant part in the auction, and form about a half of the lots available for sale. A delicate nephrite and guilloché enameled kovsh set with diamonds, apparently unmarked, but probably from the Fabergé workshop is a wonderful example of the items one can expect to find ($5,000-7,000). A similar unmarked kovsh was exhibited as a work by Fabergé at the Metropolitan and the Cleveland Museum of Art, and recently sold at Christie’s New York, where it was estimated at $30,000-50,000 and purchased for $41,825.

The auction and the preview will take place at 506 E. 74th St. in New York, and a detailed full color catalog as well as bidding forms are available on the company’s website, http://www.geneshapiro.com. Representatives can be reached by phone at (212) 717-7500, or email at info@geneshapiro.com. 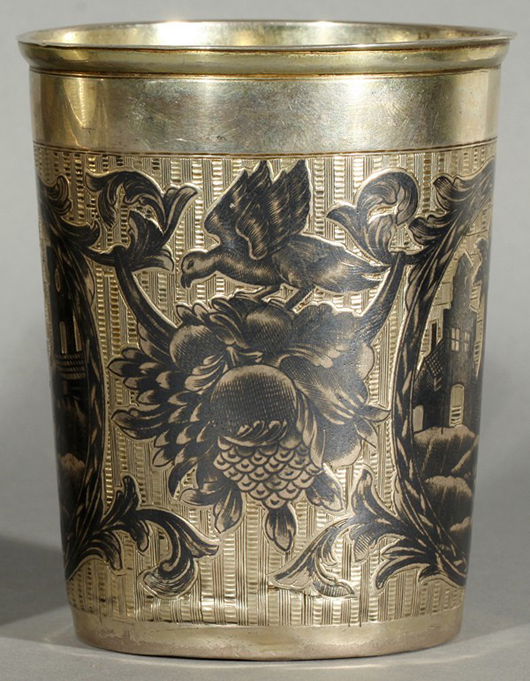 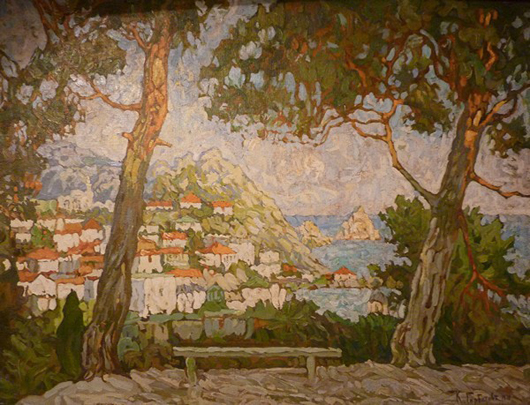 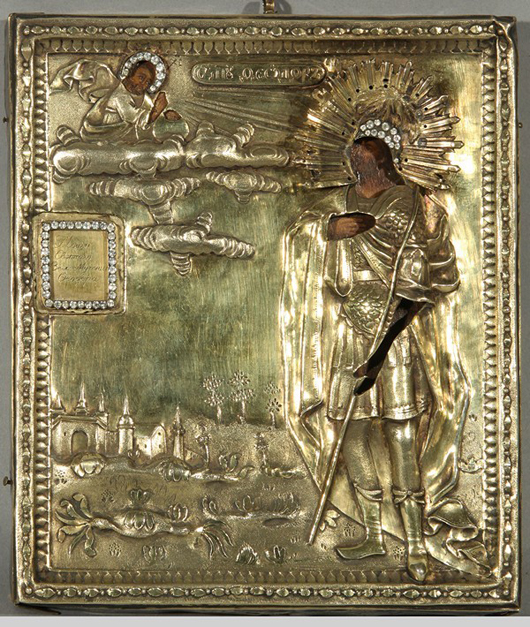 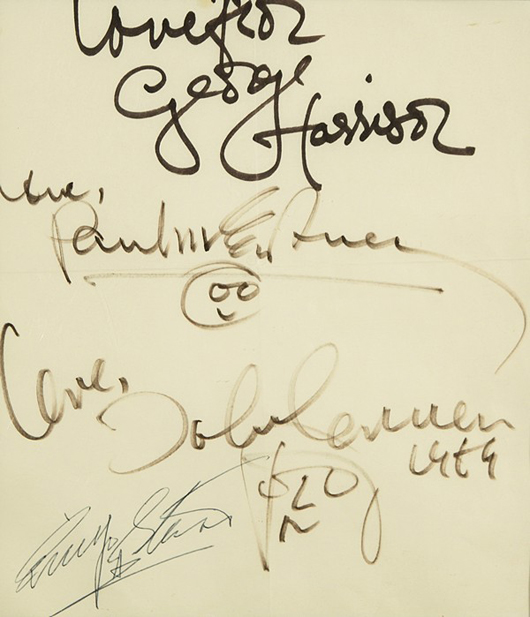 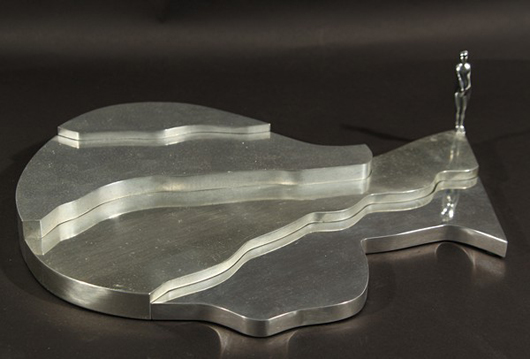