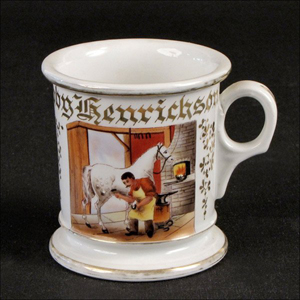 CHICAGO – Before King Camp Gillette invented his successful safety razor in 1901 most American men got a close shave with a straight razor at their local barbershop. Barbers used shaving mugs to hold soap, hot water and a brush to whip up a creamy lather that prepared a beard for shaving.

Regular customers owned personalized shaving mugs with their name on the side, usually in gilt. Each customer had his own mug for hygienic purposes to prevent the spread of a skin condition known as barber’s itch. Mugs were stored on a rack at the barbershop.

China manufacturers in Europe exported shaving mugs to the United States soon after the Civil War. Soon mugs become more decorative and reflected the occupation of the owner, whether he was a laborer, merchant, craftsman or professional. Fraternal organizations were also depicted on shaving mugs. These personalized shaving mugs remained popular through the 1920s.

Personalized shaving mugs, especially occupational mugs, have been collected for many years. One such collector was the late Doug Christensen of Chicago, whose collection of about 60 shaving mugs will be sold at Susanin’s Premiere Auction 75 on Aug. 15. LiveAuctioneers.com will provide Internet live bidding.

Christensen also collected many forms of vintage advertising, including cigar store and soda fountain memorabilia, all of which will be sold at Saturday’s auction beginning at 10 a.m. Central.

There is even a collection of more than a dozen advertising pot scrapers, which were used in kitchens in the early 1900s to clean pots and pans. Manufacturers of household products and merchants advertised their businesses on these handy little utensils.

“It’s king of a wacky group of collectibles for this auction, but we’ve gotten a good response. I’m glad to see people are interested in these niche collectibles,” said Sean Susanin of Susanin’s Auctions.

Also to be sold are artworks from the prominent Chicago law firm of Kirkland & Ellis. 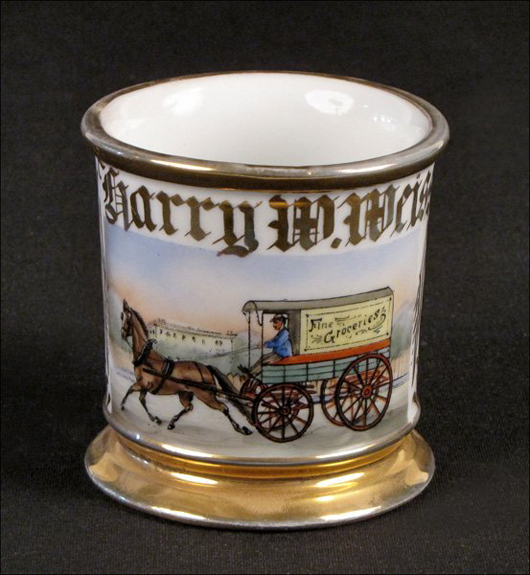 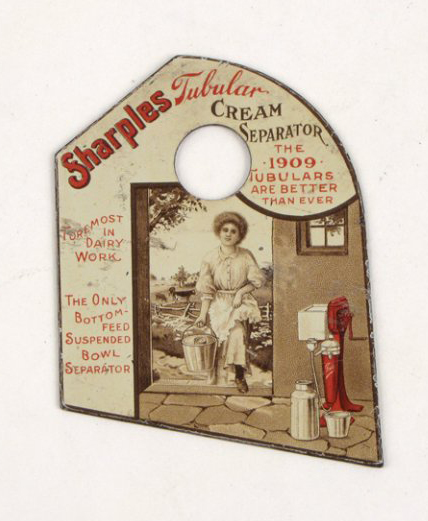 The Sharples Tubular Cream Separator separated cream from raw milk, making the milkmaid’s chores easier. This advertising pot scraper was a giveaway 100 years ago. It has a $150-$200 estimate. Image courtesy Susanin’s. 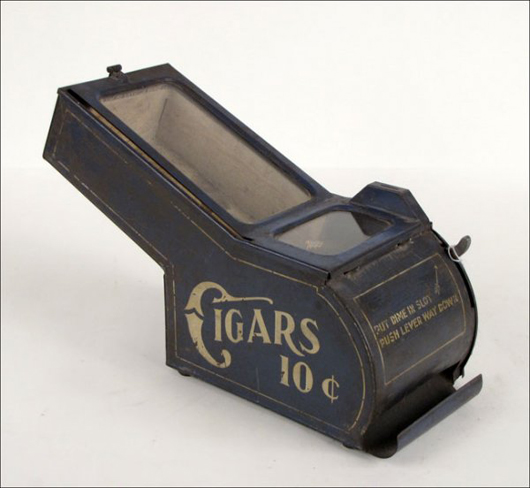 One thin dime dropped in the slot of this vendor dispensed a fine cigar. The machine has a $100-$200 estimate. Image courtesy Susanin’s. 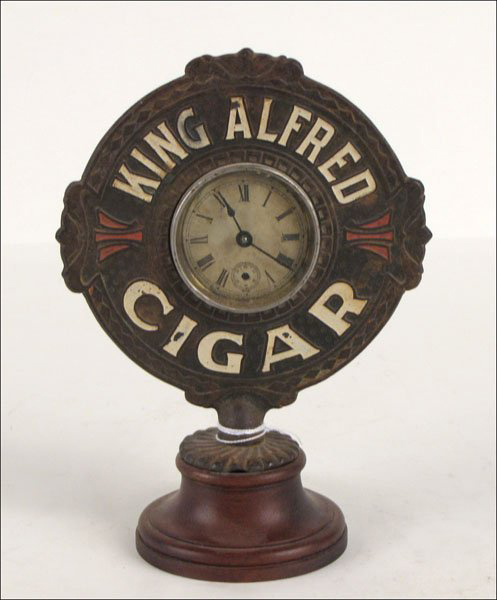 The maker of King Alfred Cigars provided these clocks to cigar stores. It has a $150-$250 estimate. Image courtesy Susanin’s.