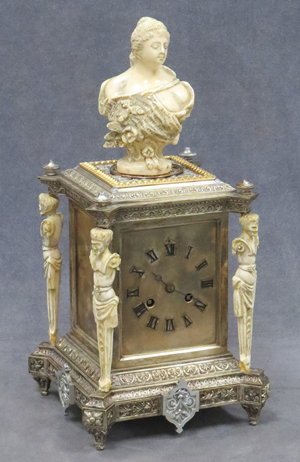 CHESTER, N.Y. – William Jenack Estate Appraisers and Auctioneers will conduct a fine art and antique auction Sunday, June 8, at the Jenack gallery, with Internet live bidding through LiveAuctioneers.com. The sale will commence at 11 a.m. Eastern.

The auction will include a collection of American silver and gold coins, silver flatware and service pieces, ivory objects, artwork, Chinese and Southeast Asian works, furniture, carpets and decorative accessories. This diverse sale should appeal to a wide range of bidders, from casual collectors to interior designers.

Coins and silver will comprise nearly 25 percent of the sale with lots including an 1880 and 1884 Coronet Head $10 gold coins, a 1971 Bahamas $10 Gold coin and a Prussian 1900 20 Mark gold coin. In silver coinage there are lots of assorted Morgan silver dollars, Peace dollars, Liberty, Franklin and Kennedy silver half dollars, Standing Liberty and Washington quarters and Mercury and Roosevelt dimes.

Silver flatware will include a service for eight of El Grandee flatware by Towle, a set 12 Tiffany sterling Shell & Thread teaspoons, a lot consisting of five Gorham Buttercup teaspoons and a child’s place setting in the Fontainebleau pattern and a service for 12 of Wallace sterling Agean Weave. Mexican silver will also have a showing with such examples as a pair of Sanborns sterling compotes, Mexican free-form footed tray and oval tray by Juvento Lopez Reyes, Taxco.

Leading the artwork category will be a small watercolor and graphite by Alexei Von Jawlensky, a Russian Expressionist painter active in Germany from the late 19th century to the first half of the 20th century. The work is signed and dated with provenance from Christie’s New York. A large genre canvas by British artist Solomon Alexander Hart titled The Awakening, signed and dated 1863, will also be offered.

In the arena of Chinese and Southeast Asian art will be an Ayutthaya carved wood and gilt figure of Buddha; a 19th century Nepalese carved and painted mask; a Chinese Five Dynasties terracotta tomb figure, a Chinese Ming period storage jar; a Tibetan coral, turquoise, amber and shell mounted hats; and Amamese (Vietnam) pottery jars and others.

Precious small objects of ivory included in the sale will be a fine ivory card case, a French ivory cased etui with gilt silver implements, a set of eight carved ivory napkin rings, a Gorham folding ivory handled parasol, a finely carved and signed Japanese figure of a lion, and a French silvered bracket clock with ivory mounts. Also in the small category will be several 19th century miniature chest of drawers including Empire, Chippendale and Empire styles.

Rounding out the sale there will be a collection of rugs, carpets, bronzes, glassware, a brass cash register, a Swiss music box and collectibles. 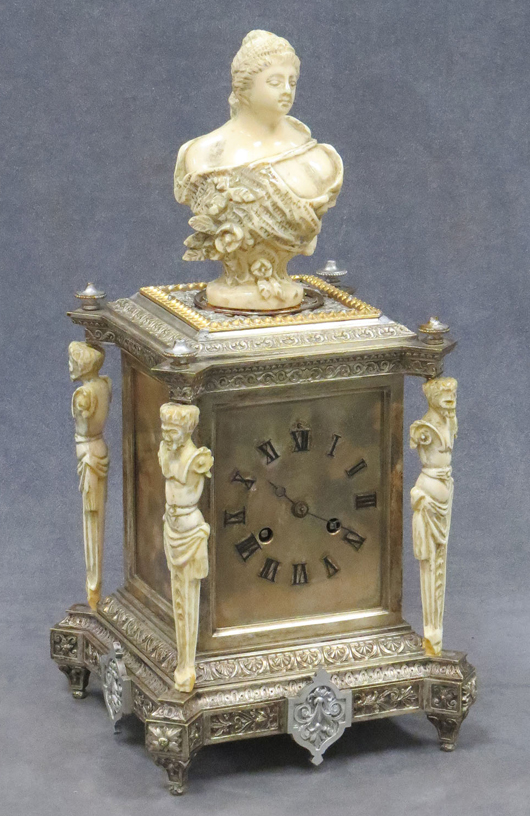 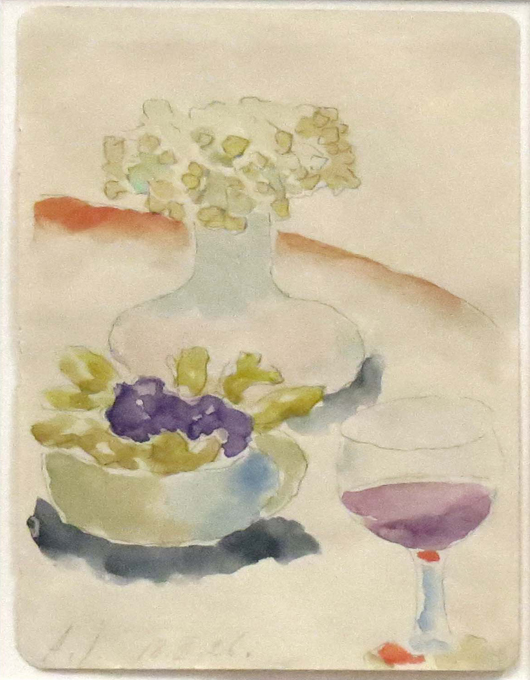 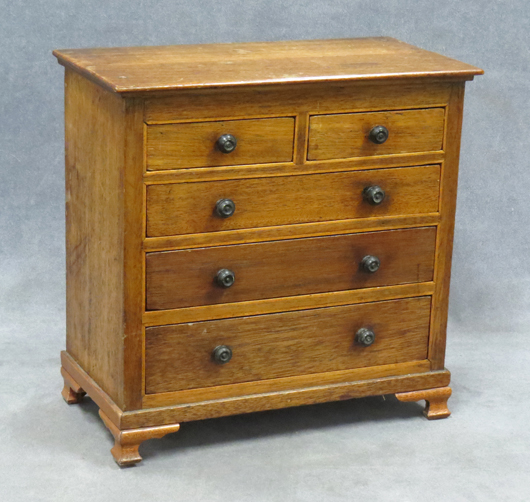 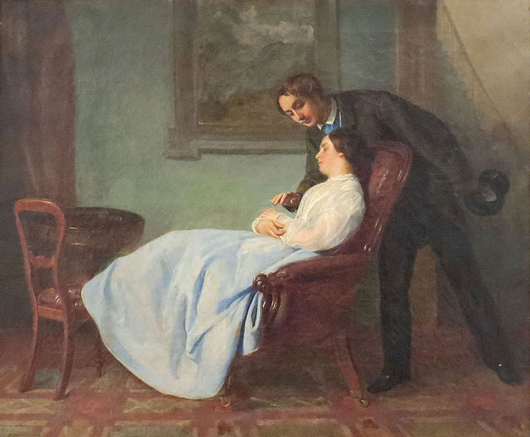 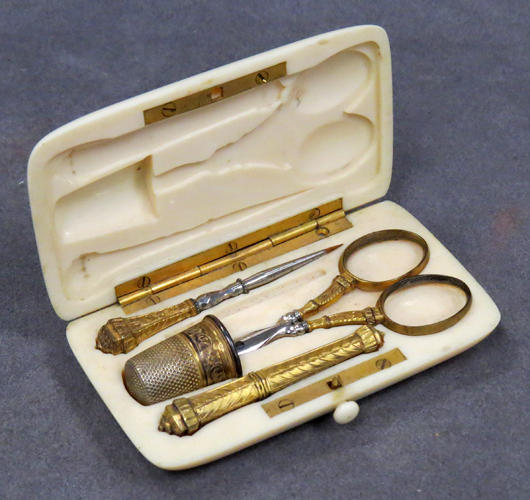