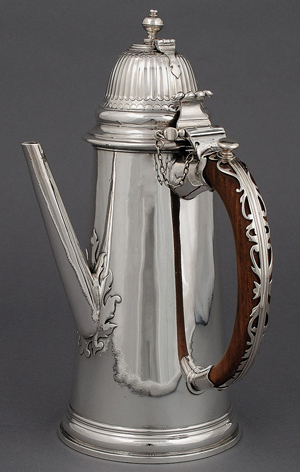 Included in the two sessions are the works of England’s most important silversmiths Paul DeLamarie (1688-1751), Paul Storr (1771-1844), and Benjamin Smith III (1793-1850). Each is considered one of the finest silversmiths in his day, with DeLamarie proclaimed by the Victoria and Albert museum as “the greatest silversmith working in the 18th century.” The collection has several fine examples of artistry in silver. Pieces by DeLamarie are few and far between. There are three examples by the silversmith in this sale, including Lot 394, a Geo. II chocolate pot, London, dated 1730, which is perfect in form and symmetry, along with Lot 393, a Geo. I mug, and Lot 392, a 1747 snuffer tray.

There are several outstanding pieces by Paul Storr. His reputation rests on his mastery of the restrained neo-Classical style developed in the Regency period and his later floral designs in the rococo styles. Lot 456, a superb Geo. IV tea kettle on stand, London 1827, is no exception as an example of his mastery of silver. The piece is sumptuously detailed in the rococo style with heavily chased flowers and foliage and the swing handles with stylized dolphins. An early piece by Storr, Lot 186, is an 1806 punch bowl, with a later associated 1816 Regency ladle.

Highlighting the silver collection is Lot 188, a Geo. IV silver-gilt salver by Benjamin Smith III. The salver is a remarkable work in silver with the wide circular border heavily cast with 15 front torsos of rearing horses amidst acanthus leaves. The articulation in the horses and leaves is exemplary of Smith’s work with animals in silver. The charger is engraved with the Royal badge of Geo. IV. The pre-sale estimate is $50,000-70,000.

The auction will also offer a fabulous collection of Chinese and Japanese objets d’art. The strength of the Asian market has been a boon for the sellers. Couple that with the large number of registered Asian bidders at each auction and the market is soaring. This auction will have several superb pieces including Lot 470, an ancient Chinese Bi jade/stone disk, 15 inches in diameter,and probably Liangzhu culture, Yuhang, Zheziang Province (31st/22nd century B.C.). These mysterious objects called Bi disks are symbolic of the sun spirit and as a symbol wealth.

Chinese white and celadon Jades are featured, including Lot 97 an 18th century white jade plaque carved with bats and prunus mounted in a silver box; Lot 184, an extremely rare 18th century Ming white jade hairpin with pierced flowers [similar examples in the Seattle Museum of Art]; Lot 368, a Ming celadon jade carved and pierced plaque mounted in a later export silver buckle; and Lot 185, an antique apple green jade pierced bead necklace with 65 beads with splashes of emerald green. The necklace is all natural and set with 18K white gold with diamond points spacers. There are many additional lots of Chinese and Japanese porcelains and objets d’art.

Four lots of Viennese enamels are being offered. The group is a tour de force in enamels. Lot 153 is an amazing enamel, silver, lapiz lazuli, and rock crystal ewer by Austrian maker Herman Bohm. Lot 154 is a rock crystal and enamel bird-form cornucopia, circa 1880; and Lot 152, a French 19th century large covered bowl with military scenes painted in the reserves. Other fine antique offerings include a well-executed piece of Judaica, Lot 453, which is an English sterling silver Torah breast plate with jeweling. 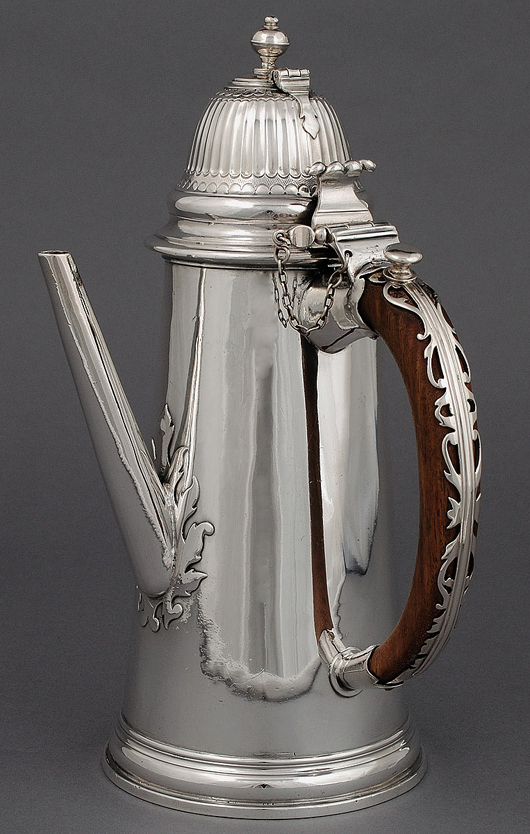 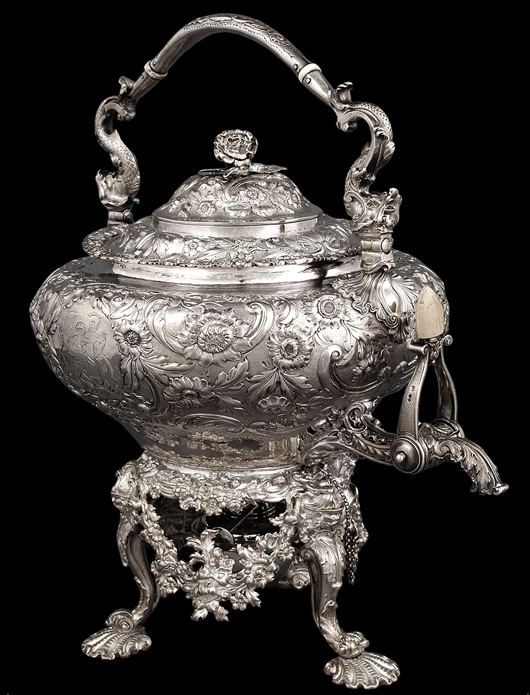 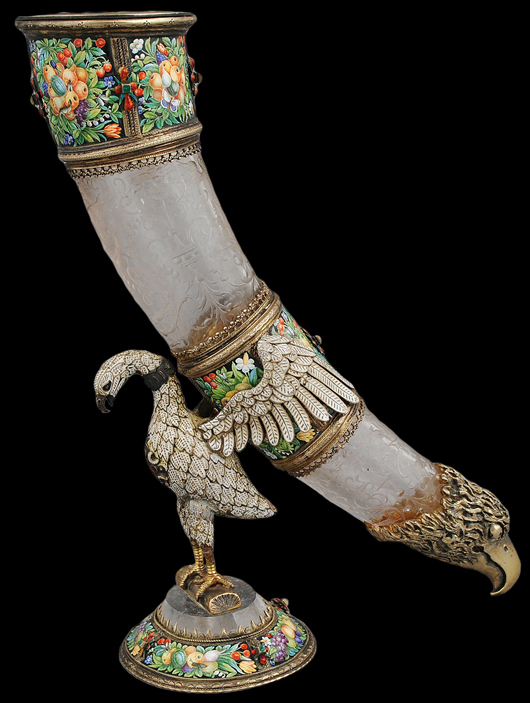 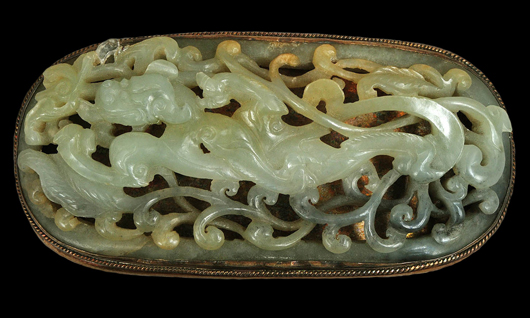 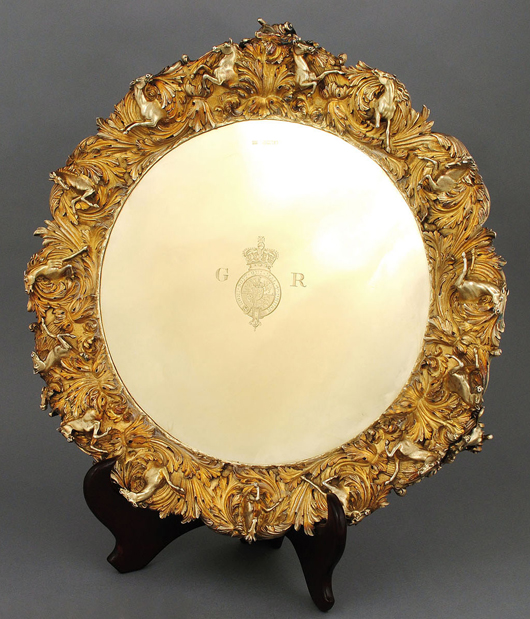