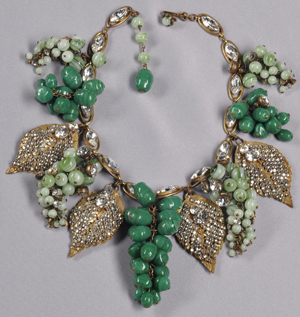 BOSTON – Skinner Inc.will host an auction of Fine Jewelry on Tuesday, Dec. 7, at its Boston gallery beginning at at 10 a.m. The sale features a large selection of diamond jewelry, as well as an incredible collection of unique Miriam Haskell jewelry. Right in time for the holiday, bidders will also be tempted by fine designer watches, earrings, necklaces, rings and bracelets by Cartier, Tiffany, Buccellati and Harry Winston.

With this sale, Skinner auction house is offering fashionistas everywhere the rare opportunity to own an original, vintage Miriam Haskell piece. The auction will feature more than 30 lots of Haskell jewelry from the private collection of Susan Kelner Freeman, a well-known collector from New York City. These pieces inspired today’s most sought after looks worn by fashion forward celebrities and mainstream consumers alike and have translated effortlessly over the years. Highlights of the collection include an impressive vintage grape cluster festoon necklace, circa 1950s, designed by Frank Hess, estimated at $800-$1,000 and a rare prototype and butterfly festoon necklace, circa 1960, designed by Robert F. Clark and estimated at $1,000-$1,500.

Rounding out the sale is a fine offering of Art Nouveau pieces. Featured works from the genre include an 18K gold, plique-a-jour enamel, and enamel brooch by Joe Descomps for Leon Gariod, depicting a nude maiden and estimated at $4,000-$5,000 and the cover lot, an 18K gold, carved opal, enamel, pearl, and diamond pendant estimated at $15,000-$25,000. 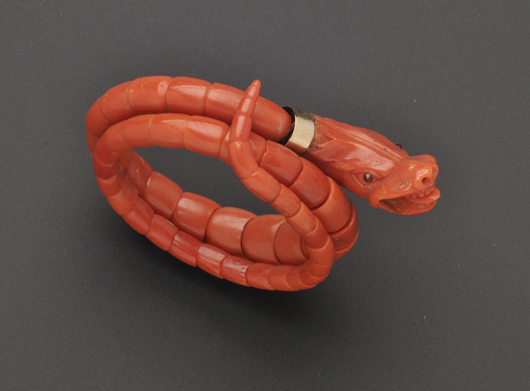 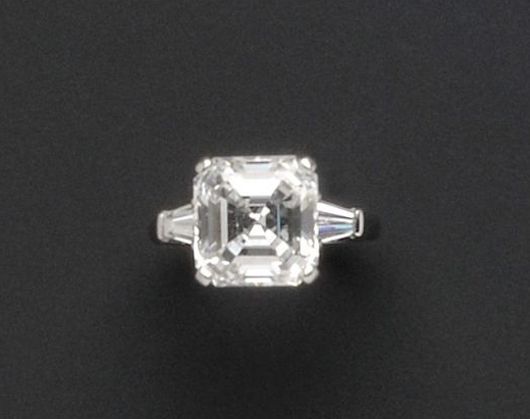 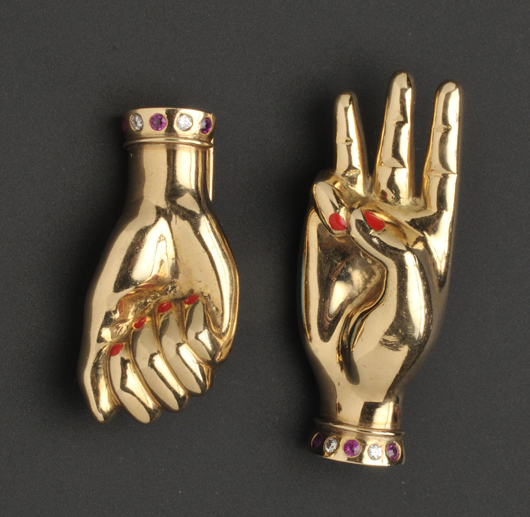 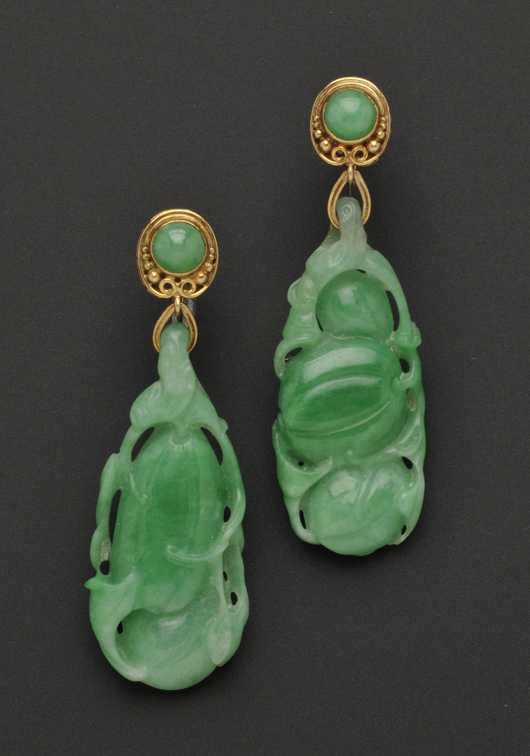