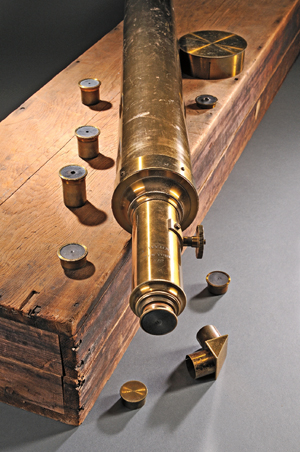 The tour de force of lathes, a rare and important Holtzapffel & Co. rose engine lathe, No. 1636, will be offered in the December sale along with its tools and accessories (lot 232, estimated between $70,000 and $90,000). Two years in the making, this lathe was first sold for a price reportedly in excess of 1,500 pounds sterling on Dec. 20, 1838 to a London civil engineer, John Taylor Esquire (1779-1863). It is the most complex and fully featured rose engine lathe that Holtzapffel ever made. Of this particular lathe, John Jacob Holtzapffel II wrote in 1886: it is “ … one of three, the last and best we have made.”

Exceptional Holtzapffel turning tools with ivory handles (lot 175, $20,000 to $30,000) will also be sold along with lathe attachments and cutter frames from makers that include Evans, Fenn and Holtzapffel. The ivory-handle tools are displayed in a large, double-door mahogany cabinet and amply demonstrate the excellence of Holtzapffel tools. It is likely that these were exhibition tools, shown by Holtzapffel in 1851 at the London Exhibition of the Works of Industry of All Nations.

This collection of early watches provides a unique opportunity for watch enthusiasts to bid on museum-quality items not typically available for sale to the public. The advanced mechanical elements and intricacy of these timepieces will intrigue both experienced and beginning collectors.

The decorative enamel elements, snakeskin outer case, and faux pendulum of a Samuel Ruel enameled pair case watch circa 1715 (lot 261, $15,000 to $25,000) will captivate collectors. And for those seeking a more whimsical timepiece, a “Bras en L’Aire” silver open-face watch (lot 298, $1,000 to $1,500) features a gilt figure with arms that rise to indicate the time when the pendant is depressed. A gold-quarter-repeating musical watch (lot 295, $2,000 to $3,000) plays a tone on request to indicate the nearest quarter-hour. Repousse and shagreen watch cases will also be available.

Two significant surgical sets will be offered, including an exhibition surgical set comprised of ruby-set mother-of-pearl-handled implements by George Tiemann & Co. (lot 163, $80,000 to $100,000). Tiemann & Co. was a prominent exhibitor in 1876 at the Centennial International Exhibition in Philadelphia.

Of local interest is a Henry J. Bigelow gold-plated presentation surgical set (lot 164, $20,000 to $25,000). Bigelow (1818-1890), a surgeon at Massachusetts General Hospital, Boston, and noted professor of surgery at the Harvard Medical School, was present during the first use of ether as a surgical anesthetic in 1846 at the Massachusetts General Hospital. Bigelow quickly published a report in the Boston Medical and Surgical Journal (Vol. 35, Nov. 18, 1846) lauding this milestone of “one of the most important discoveries of the age.”

Internet live biding will be provided by LiveAuctioneers.com. 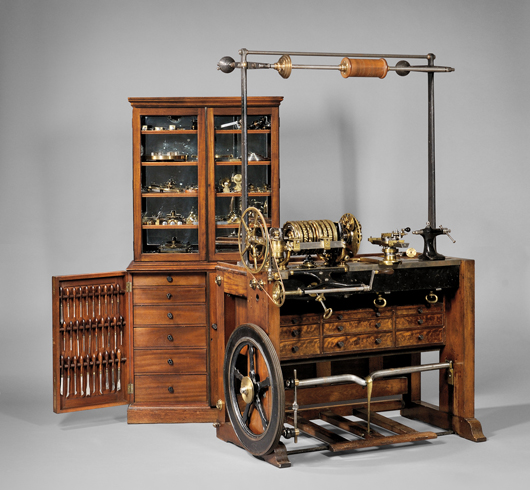 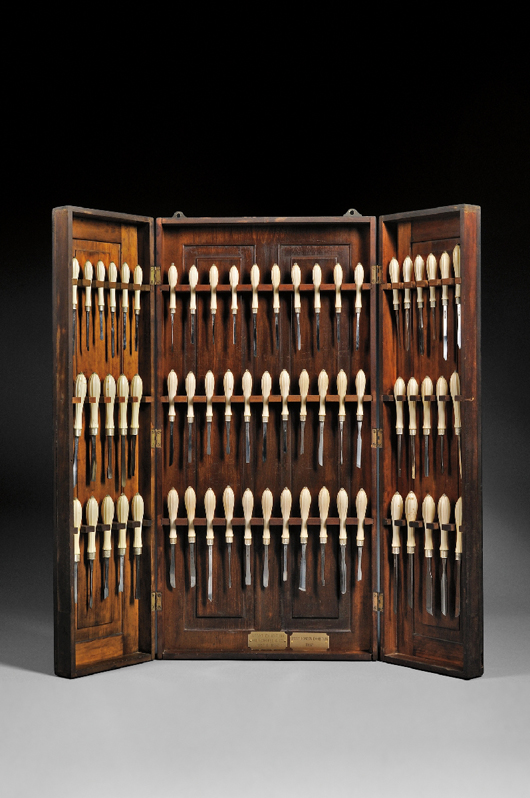 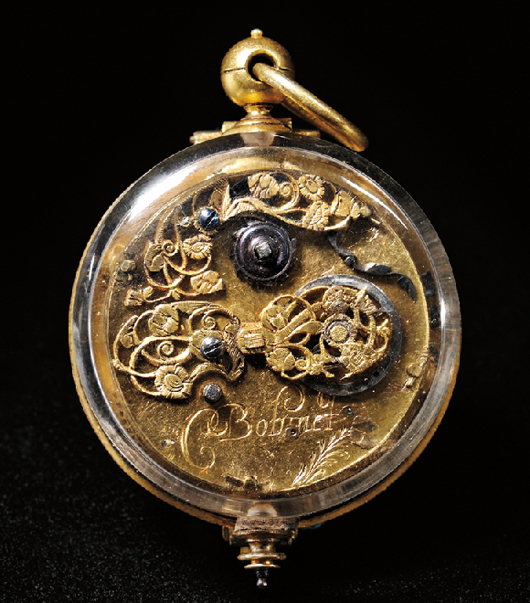 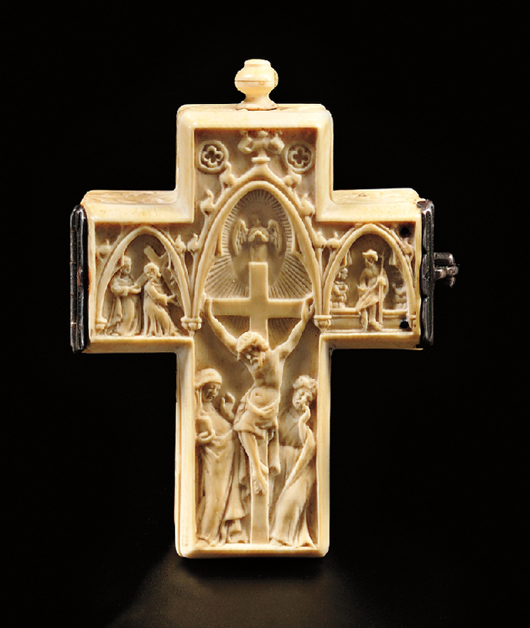 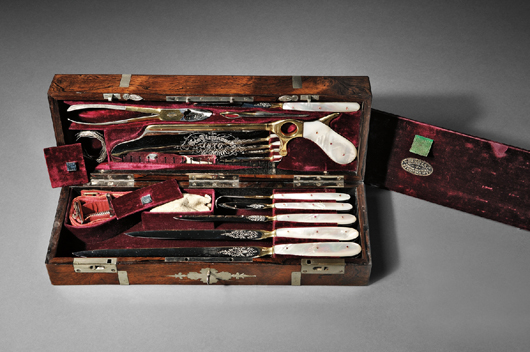 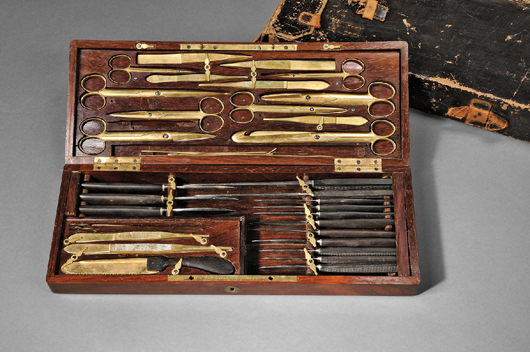 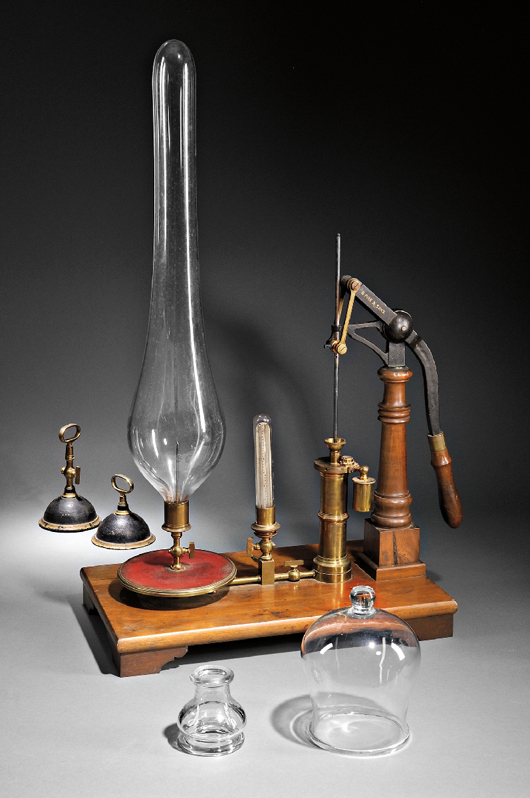 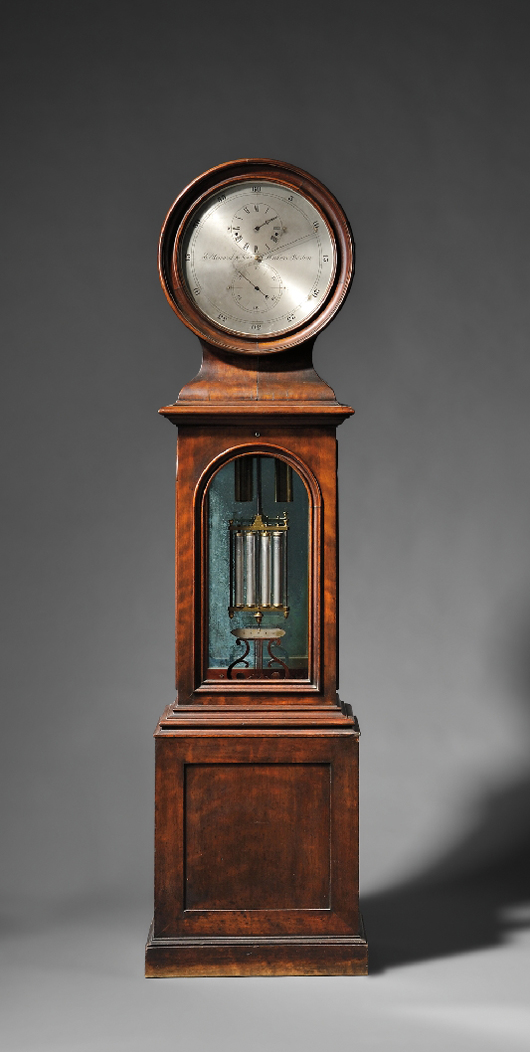