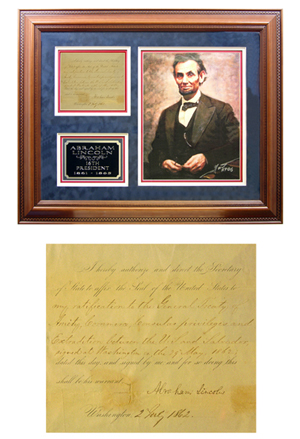 Abraham Lincoln, signed diplomatic treaty between the United States and Salvador, which will sell Sunday. Image courtesy of Signature House.

“We have a wide-ranging and exciting offering this season with a number of highly desirable notables, as well as more specialized selections for those looking for that special piece to enhance their personal collection,” said auctioneer Gil Griggs.

Samuel Adam’s signature is in the Colonial section, as well as documents from other signers of the Declaration of Independence including Elbridge Gerry, William Heath, Samuel Huntington and an early printing from Benjamin Franklin. The Americana section includes a wide variety of autographs from Geronimo, Red Jacket, Buffalo Bill Cody, Annie Oakley and a complete set of Lewis & Clark journals – a scarce and desirable collection. Signature House will also offer a number of items from both sides of the Civil War: Robert E. Lee, Jefferson Davis, James Longstreet, George McClellan, Philip Sheridan and William Tecumseh Sherman. Also offered are rare medals, photographs and an identified Confederate Remington revolver.

One of our premier pieces in this auction is the original historic Solidarity Banner from Gdansk, which can be found in Signature House’s Heads of State category. This banner represents the fall of Communism in Eastern Europe, and has been signed by world leaders at the time, including Lech Walesa, Mikhail Gorbachev, George H.W. Bush and Pope John Paul II, and is accompanied by photos and documentation.

The Celebrities collection runs the gamot from business leaders to scoundrels, and includes notables such as Walter Chrysler, William and James Fargo, Jay Cooke, as well as Dr. Jack Kevorkian and O.J.Simpson. They will be followed closely by a larger assortment of Entertainment stars of stage and screen – featuring autographs by James Dean, John Lennon, Marlon Brando, Elvis Presley, and the Three Stooges.

The auction will conclude with items from the Sports category, including autographs from players such as Babe Ruth, Honus Wagner, Mickey Mantle, Muhammad Ali.

For details call Signature House at (909) 243-9541 or email editor@SignatureHouse.net. View the full- color illustrated catalog and sign up to bid absentee or live via the Internet at www.LiveAuctioneers.com. 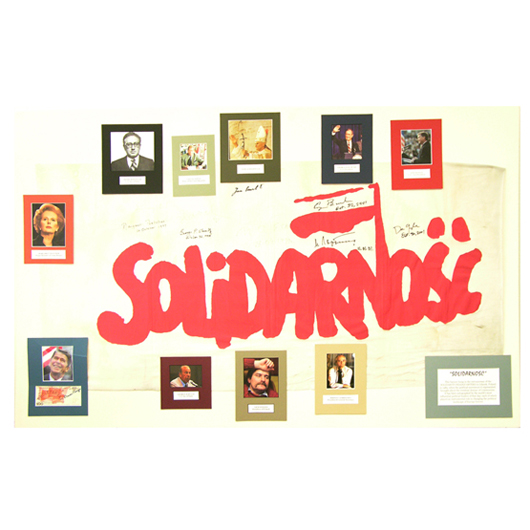 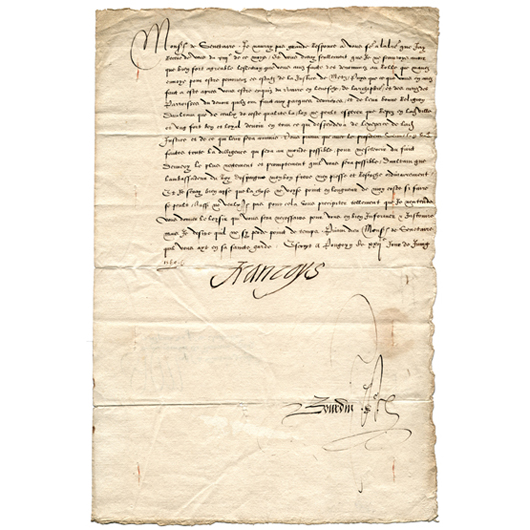 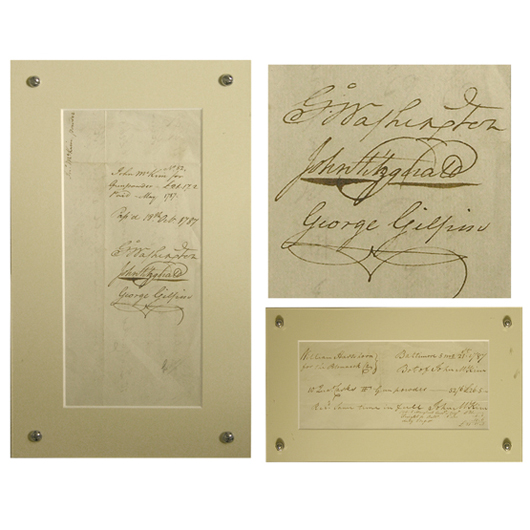 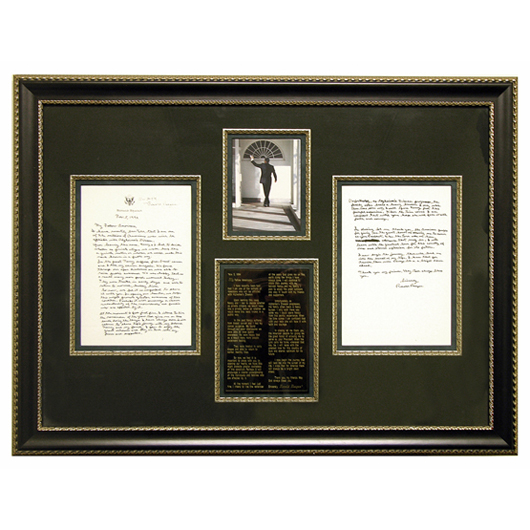 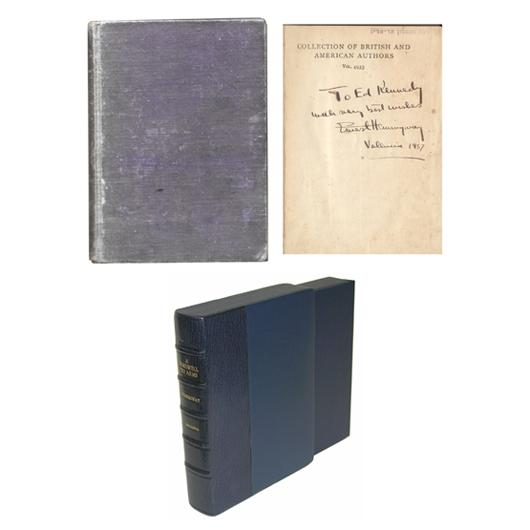 Ernest Hemingway, signed copy of ‘A Farewell To Arms,’ circa 1937. Image courtesy of Signature House. 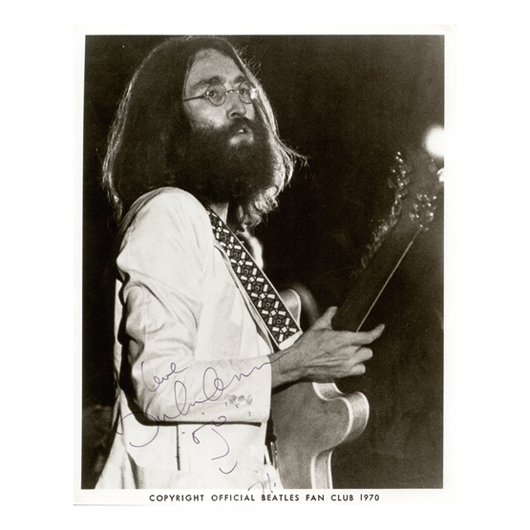 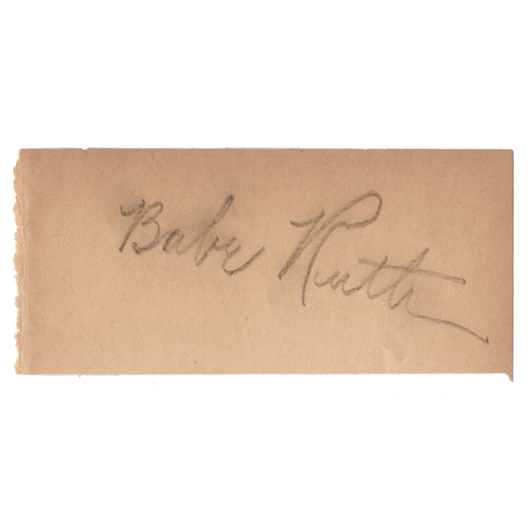