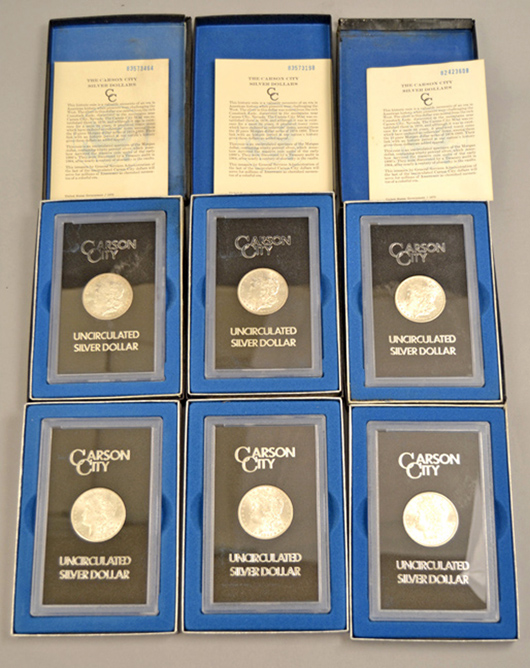 PHILA., Pa. – Precious metals have long been viewed as a safe harbor for investors who are riding out stock-market dips. For many, the preferred way to establish a private metals-based hedge fund has been to purchase gold, silver and other rare coins from a trusted auction house like Stephenson’s of suburban Philadelphia. Their January 23, 2015 Coin Auction includes an extensive variety of options for collectors’ consideration, from an American Eagle $5 gold coin to uncirculated silver dollars and proof sets. Abentee and Internet live bidding will be available through LiveAuctioneers.

The core of the sale consists of two estate collections, one of which was sourced through a financial adviser in the Mid-Atlantic region. “We have worked with the adviser before, auctioning property on behalf of his other clients, so we were pleased to receive a call from him about a coin collection,” said Cindy Stephenson, owner of Stephenson’s Auctioneers.

The second of the two headlining collections comes from another estate already familiar to Stephenson’s. “We auctioned the actual residence and sold other pieces from this estate. The consignor was very pleased and decided to entrust us with additional items, including gold jewelry and coins,” Stephenson said.

Also noteworthy, Wakeley said, is the selection of United States Morgan and Peace silver dollars interspersed throughout the sale, with Lots 33 through 38 expected to draw the highest bids. “Those six Morgan silver dollars are from the Carson City [Nevada] Mint, which makes them very desirable to collectors,” Wakeley said. Each comes with a numbered certificate from the mint.

Foreign proof sets will cross the auction block, including silver sets privately issued by United States Commemorative Gallery. Among the nations represented in the coinage are Panama, Trinidad and Jamaica.

Lots 72 through 86 consist of United States proof sets from the 1950s, a decade favored by collectors. In addition, there are U.S. 1-oz Silver Eagles, a 1990 American Eagle $5 gold coin, and many Mercury dimes, Walking Liberty half dollars, and large cents. Also to be offered are two sealed US Mint bags of uncirculated 1963P Jefferson nickels ($200 face value) and 1963 Lincoln pennies ($50 face value), respectively.

An unusual entry is a bronze medallion that was struck at the U.S. Mint to commemorate the “1860 First Embassy from Japan.” Signed by “Paquet,” this particular issue has been known to fetch high prices. “I’ve seen a medallion of this type sell for as much as $2,500 at auction,” Wakeley noted.

“This is our first time to include Internet live bidding in one of our coin events,” said Stephenson. “We’re adding LiveAuctioneers to more and more of our specialty sales. We tried it out with our last firearms auction and it worked very well for us, so now we’ll see how coin buyers respond to it.”

For additional information on any lot in the sale, call Tom Wakeley at Stephenson’s Auctioneers: 215-322-6182 or e-mail info@stephensonsauction.com. 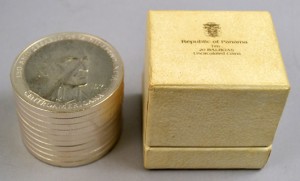 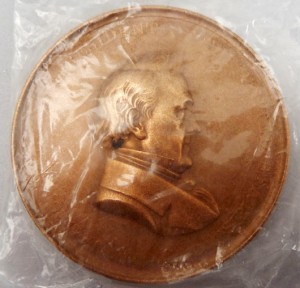 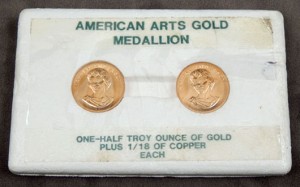 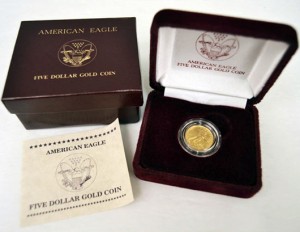 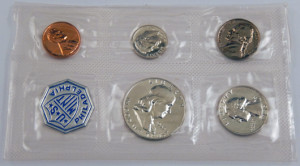 Stephenson’s brings out the good silver for its Jan. 1 auction