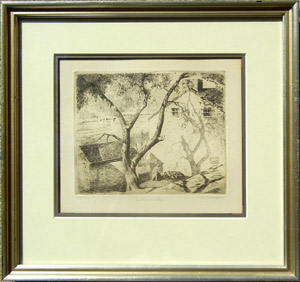 SOUTHAMPTON, Pa. – On Sept. 16, Stephenson’s Auctioneers located in the Philadelphia suburb of Southampton will conduct a sale of goods and inventory from William Glatz Jewelers, one of the last of Philadelphia’s traditional jewelry, watch and clock shops. The auction additionally includes superb antique American furniture and sterling silver from the living estate of former Newtown Borough (Bucks County, Pa.) mayor Glenn Hains and wife Barbara Hains. LiveAuctioneers.com will provide the Internet live bidding.

A second-generation family business founded more than 60 years ago, Glatz’s permanently shuttered their Lawndale venue after proprietor William Glatz was tragically slain during an attempted robbery in October 2010.

“William Glatz Jewelers on Rising Sun Avenue was an institution in its community. While so many other jewelry stores moved out of the city to the suburbs, Mr. Glatz chose to remain in Lawndale. He kept the store open as a labor of love and was revered for his loyalty to the neighborhood,” said Stephenson’s owner, Cindy Stephenson.

Stephenson described William Glatz as an “old-time, hands-on jeweler who did beautiful repair work on both clocks and watches.” The auction inventory of fine jewelry from Glatz’s will be auctioned in approximately 50-80 lots.

Most of the auction items are gold, many of them set with precious stones. The range of goods includes rings, necklaces and chains; bracelets, brooches and ladies’ vanity items, such as compacts and small purses.

Highlights include a collection of Art Deco filigree diamond rings, a sizable diamond filigree pendant with original long filigree chain, and several heavy circa-1910 gold bangles, some engraved and one set with a half-carat solitaire diamond.

The bounteous fine jewelry offering is enhanced by consignments from several other distinguished estates. From the Louise McClure Estate comes a filigreed white gold diamond cocktail ring in pristine condition and an associated collection of Victorian and Edwardian clothing that includes an early 20th-century hat with a bird figure made of real bird feathers.

Louise McClure lived in the upscale Philadelphia suburb of Rydal, in the large, elegantly furnished Tudor home she had inherited. Her father, Frederick McClure, was an executive with Nabisco. Among the McClure family antiques to be auctioned are a circa-1920 Sarouk living room rug, a 6-piece Art Nouveau sterling silver dresser set and many other very nice Art Nouveau smalls, Heinz Art sterling-on-bronze pieces, furniture, and early lamps.

Another estate produced a 2.9-carat marquise-cut yellow gold ring with a crisscross design and small, channel-set diamonds in the center. Additionally, there is a beautiful 2.37-carat opal ring surrounded by old mine-cut diamonds. Each of the six rings from this particular estate comes with an appraisal from a certified gemologist.

A selection of chic 1920s sterling silver sliding watches (also known as travel or bag watches) will be auctioned. “If someone were traveling on a train, they could slide open the watch and set it out as a clock,” Cindy Stephenson explained. The watches were made by Movado and feature Art Deco styling, one having a purple enamel case.

From yet another estate comes a collection of pocket watches, mostly with gold cases. A highlight is a hunting-case watch with a 14K rose gold case, engraved on both sides and bearing name of a local Philadelphia jeweler, Z.J. Pequignot.

Timepieces conclude with several wristwatches, including two men’s Jules Jurgensen watches a women’s gold Le Coultre watch and a lovely assortment of dainty watches in jeweled cases. A perfect “go-with” for the jewelry section of the sale is the collection of more than 20 beautifully executed miniature portrait paintings on ivory and celluloid.

Newtown Borough’s former mayor, Glenn Hains, and his wife Barbara have opened their gracious home to the public on several occasions as part of the Newtown Historic Association’s Christmas Open House Tour. “Many, many people on this tour have admired the wonderful antiques in the Hains home. This auction provides a unique opportunity not only to admire but also to bid on their exceptional antiques,” said Stephenson. Furniture to be auctioned includes a circa-1780 New England maple Queen Anne highboy, Federal tiger maple tester bed and circa-1780 Chippendale maple slant-front desk. Other key lots include an oil on canvas of a clipper ship signed “S.G.W. Benjamin,” a Lebanon County, Pa., grain-painted wood box, a set of Gorham “Nocturne” sterling silver flatware and a 3-piece sterling silver coffee service.

Several other estates and collections round out the Sept. 16 auction inventory, including a Bucks County estate that was the source of a collection of ship models, several radio-controlled ships, boats and a helicopter.

Stephenson’s Friday, Sept. 16 Antiques & Decorative Arts auction will commence at 2 p.m. Eastern time. For additional information on any lot in the sale, call Cindy Stephenson at 215-322-6182 or e-mail info@stephensonsauction.com. 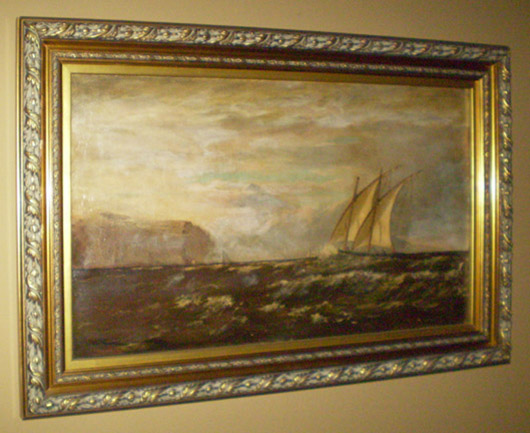 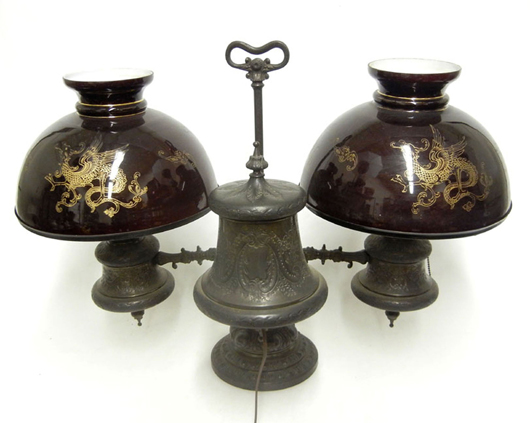 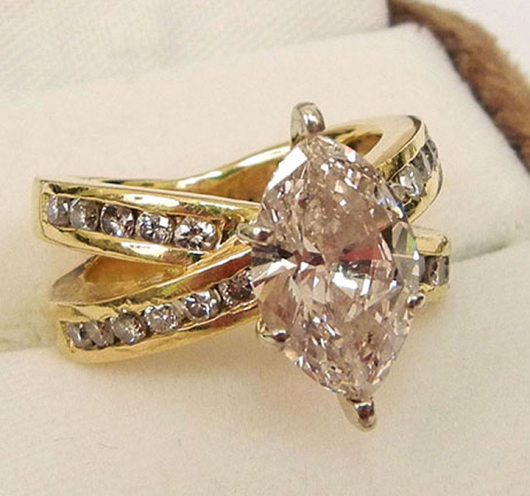 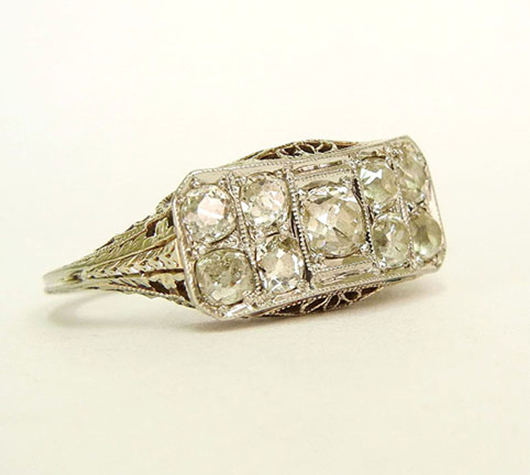 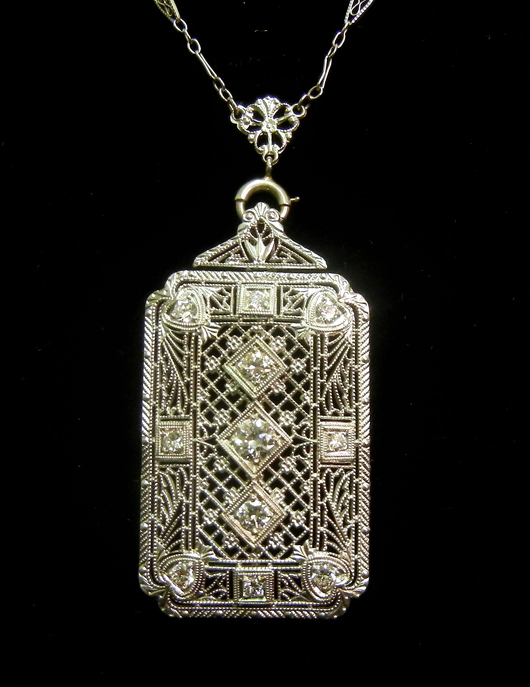 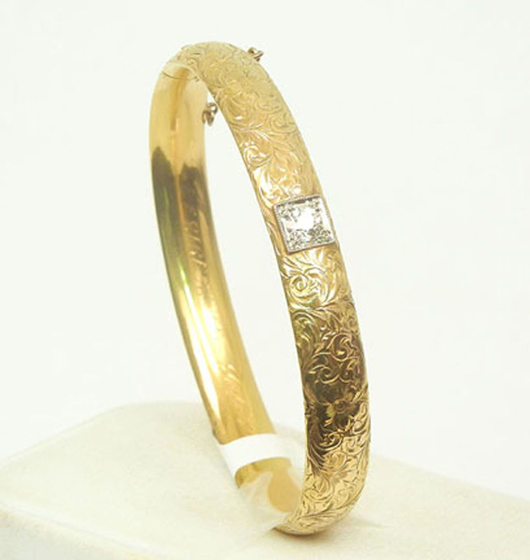 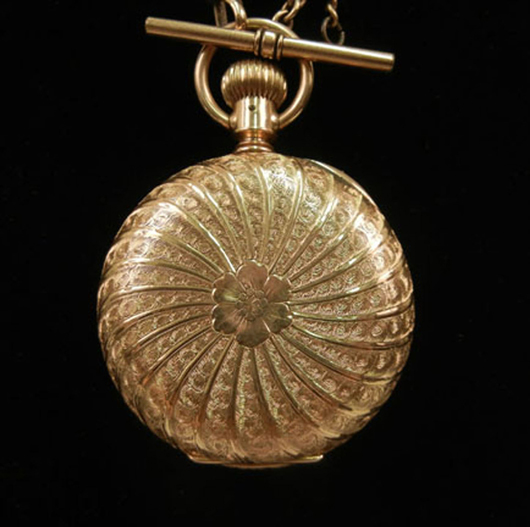 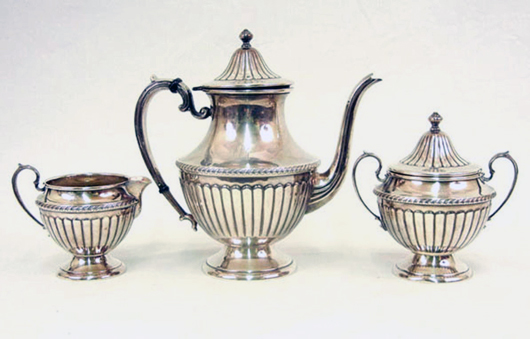 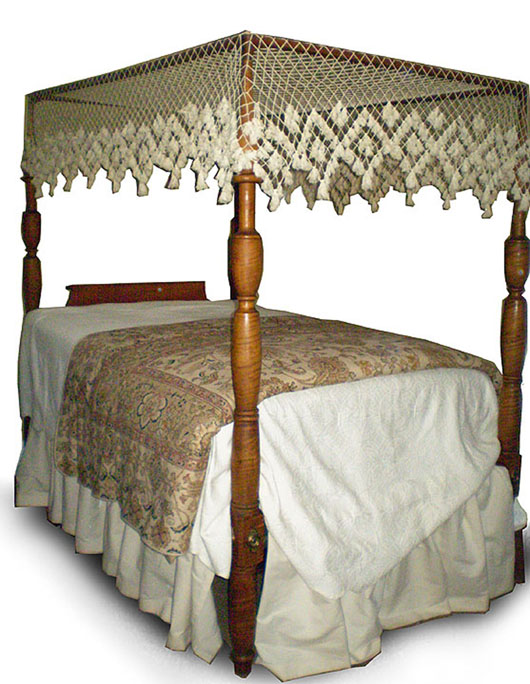