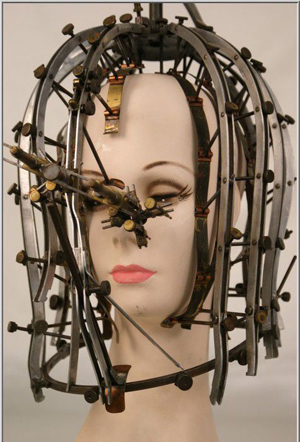 Max Factor’s 1932 so-called beauty calibrator looks like a prop from a Universal Studios monster movie. The only one in existence today, the device has an $85,000-$100,000 estimate. Image courtesy of Super Auctions.

In 1908 Russian immigrant Max Faktor moved to California to supply cosmetics and hairpieces to the motion picture industry. In 1914 he convinced silent film comedians Charlie Chaplin, Buster Keaton and Fattie Arbuckle to try his brand of greasepaint. From this point Max Factor’s career took off.

A one-of-a-kind piece in the auction is a “Beauty Calibrator” designed by Factor in 1932. Super Actions’ catalog explains that “it combined scientific analysis, phrenology and cosmetics for this face measuring device, which revealed that the ‘perfect face’ was a myth and enabled Hollywood make-up artists to quickly pinpoint facial corrections that had to be made on some of the screen’s legendary beauties.” The rare device, which covers the subject’s face and head, is expected to sell for $85,000-$100,000.

The auction will include vintage advertising and images of many of Hollywood’s most famous leading ladies. 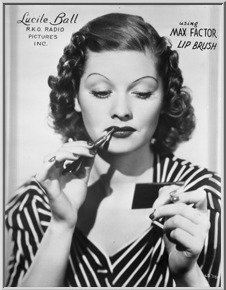 Before Americans loved Lucy’s TV series, Lucille Ball was a Hollywood starlet in the 1940s. This 8-inch by 10-inch negative pictures Miss Ball in an advertisement for Max Factor makeup. It has a $75-$250 estimate. Image courtesy of Super Auctions. 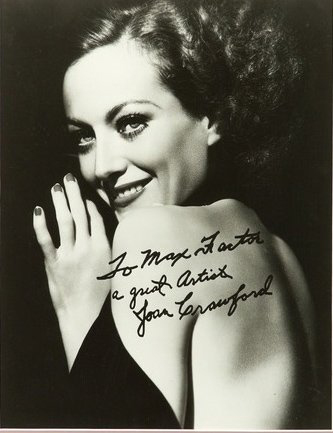 Hollywood legend Joan Crawford inscribed this 8-inch by 10-inch negative, "To Max Factor a Great Artist." The image has a $250-$700 estimate. Image courtesy of Super Auctions. 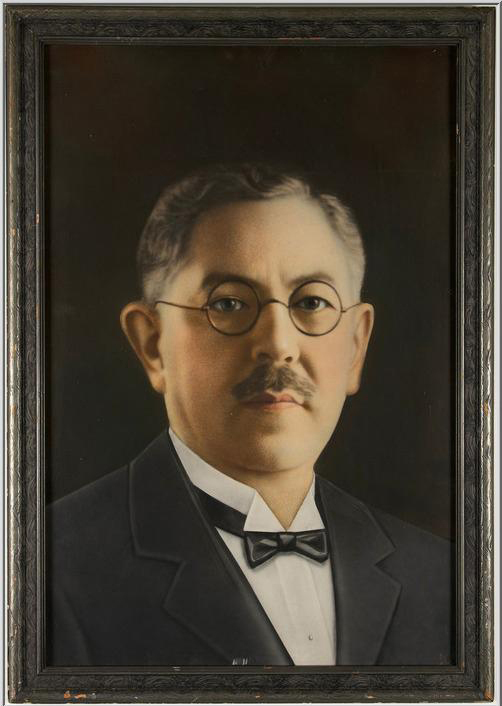 Max Factor, famous for developing makeup for the movie industry, is pictured in an original self-portrait. The 23-inch by 33-inch framed portrait has a $1,500-$3,000 estimate. Image courtesy of Super Auctions. 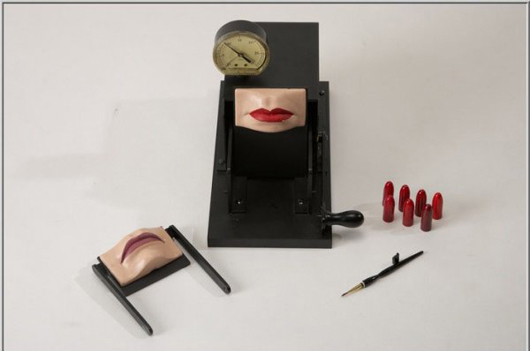 Another bizarre device from the Max Factor Collection is this "Kissing Machine," which was also used for Red Hot Chili Peppers’ Greatest Hits album cover in 2003. With noted damage, the Kissing Machine has a $25,000-$55,000 estimate. Image courtesy of Super Auctions.