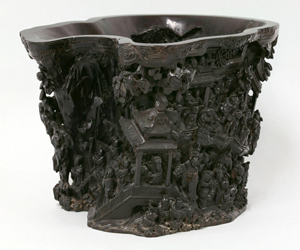 LONDON – Intensive research, marketing and contact-building in China and Hong Kong has resulted in a surge of interest in a rare Chinese wooden brush pot. With an original guide price of £20,000-£30,000, the Sworder team now expects it to exceed those expectations at an Asian Art Sale on Tuesday, April 29.

The late 18th or early 19th century brush pot has been owned by the same family for nearly 40 years. They were unaware of its true value until they took the item to Sworders for expert assessment. The auctioneers recognized the rarity and quality of the item and gave it a conservative guide price of £20,000 to £30,000.

“As soon as we were able to share the details of this pot with our network in China it became clear that interest in this piece was going to be phenomenal,” said Richard Harrison, Sworders’ head of Asian Art. “We expect our phone bidding lines to be fully booked and we know many Chinese specialists are traveling to our auction room to be able to bid in person. With that level of interest, we may well see it realise six figures.”

The pot is a rare example of Zitan artwork and is intricately carved from a single piece of wood. The images show dozens of figures in a popular Chinese subject known as “The Hundred Boys” around the outside. Originally the pot would have been used to store calligraphers’ brushes.

The sale also includes a garniture of five large blue and white 19th century vases – the tallest measuring just over 64 centimetres (25.6 inches) – being sold as a single lot, with a guide price of £5,000-£8,000. Another highlight is a rare set of four Daoist Immortals – a group of legendary saints from Chinese mythology – dating back to the second half of the 18th century, with a guide price of £3,000-£5,000.

Along with the usual pre-19th Century Asian works of art, this particular sale includes some highly sought after examples of contemporary Chinese works. One of the highlights is the Muban Portfolio of 60 woodblock prints, each print commissioned by the Muban Foundation, from distinguished printmakers including Xu Bing. The lot comes with a companion volume, The Arts of Contemporary Chinese Woodcuts, 2003 and is estimated at £25,000-£30,000.

Another leading name from the contemporary art scene in the Far East is Chen Wen Hsi (Wenxi) (1906-1992). The Singaporean artist is in demand around the world and a painting titled Chickens is expected to fetch between £5000-£10,000. 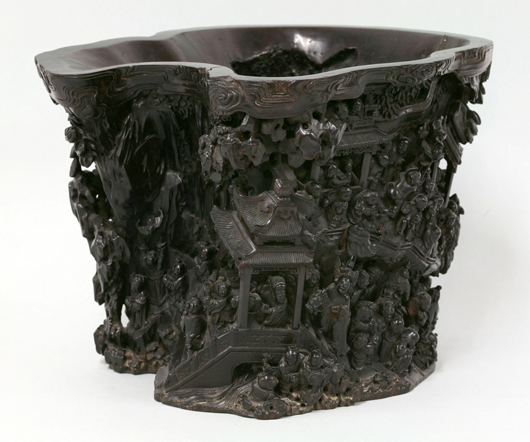 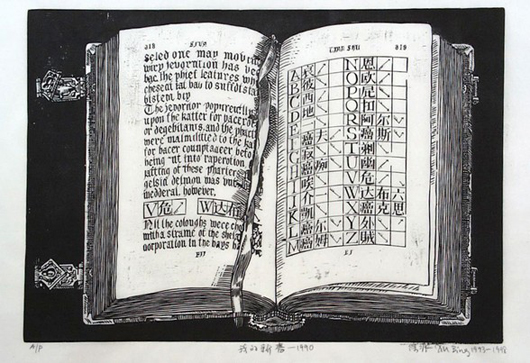 ‘The Muban Portfolio,’ first published in 2003, is a unique collection of original woodblock prints by 60 distinguished printmakers in China, presented in a portfolio together with a hardback copy of the companion volume ‘The Arts of Contemporary Chinese Woodcuts.’ Estimate: £25,000-£30,000. Sworders Fine Art Auctioneers image. 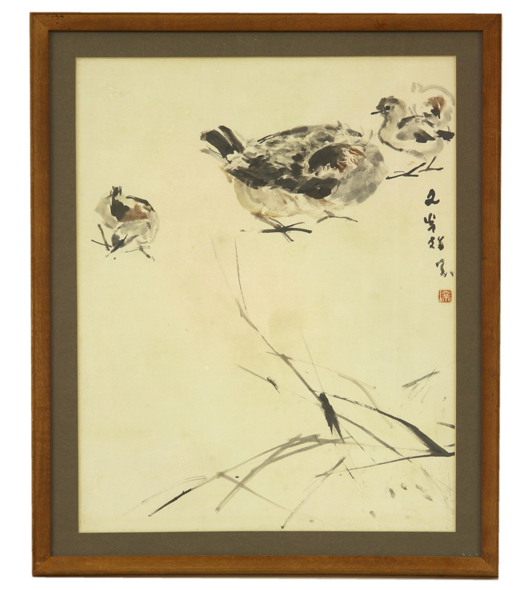 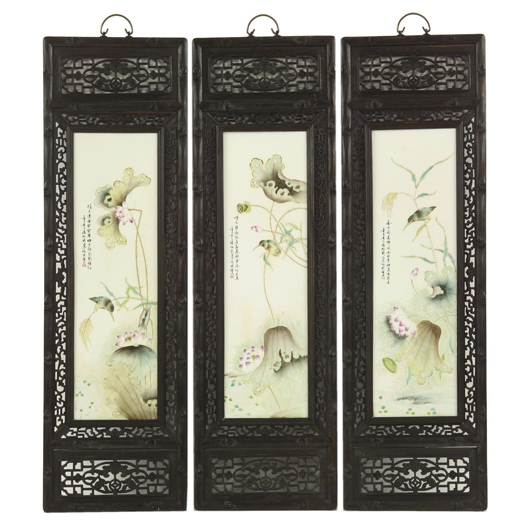 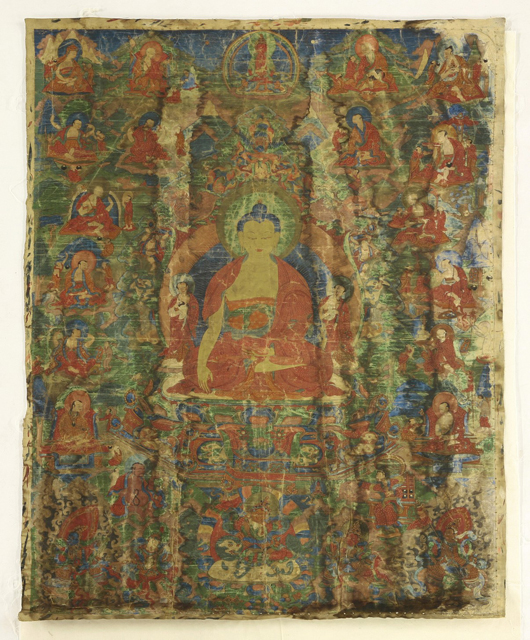 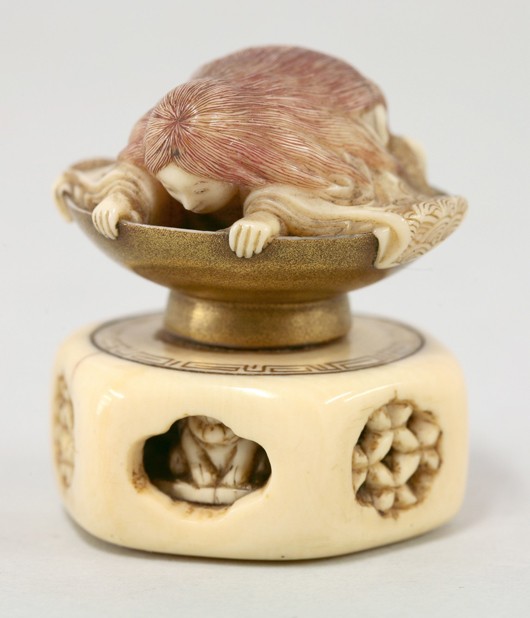 Rare ivory and lacquer Okimono, circa 1870, in the form of a red-headed Shojo woman on all fours, grasping a gold lacquered bowl 3.6cm. £2,500-£3,500. Sworders Fine Art Auctioneers image.