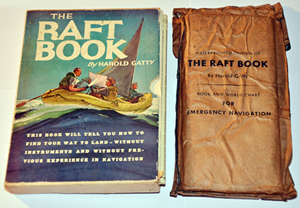 Some of the aviation material is quite unusual, like this waterproof edition of ‘The Raft Book.’ Sydney Rare Book Auctions image.

SYDNEY – The Sydney Rare Book Auction on Sept. 9 will feature a fantastic range of aviation titles, including books from the collection of Sir Hudson Fysh, founder of Qantas. Auction time is 2 p.m. AEDT. LiveAuctioneers.com will provide Internet live bidding.

Many of the books contain Fysh’s signature and bookplate, as well as inscriptions by him in the margins relating to the text. Any aviation enthusiast will appreciate the significance of his work and see these books as highly desirable parts of their collection.

Titles from the Fysh library include two books that he authored and were his personal copies. The first is Qantas Rising: The Autobiography of the Flying Fysh, which is an autobiography of Fysh’s life from World War I and the development of Qantas to the expansion of it into the Qantas Empire Airways in the mid-1930s. The other is The Log of the Astraea, a book on the Imperial Airways monoplane airliner Astraea and the events surrounding the airmail flights to England, which eventually led towards Qantas’ partnership with the Imperial Airways.

There are also several lots that explore aviation history, airlines, aircraft safety and design, plus some amazing early photographs.

The auction will be held at the Sebel Surry Hills Hotel. 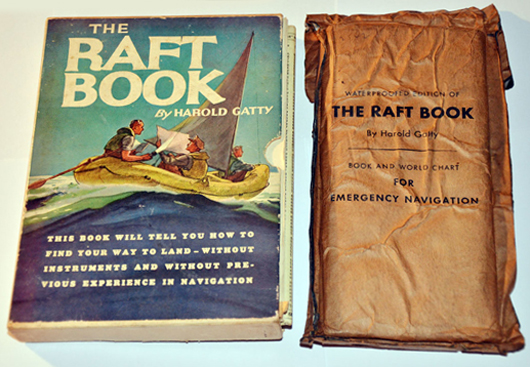 Some of the aviation material is quite unusual, like this waterproof edition of ‘The Raft Book.’ Sydney Rare Book Auctions image. 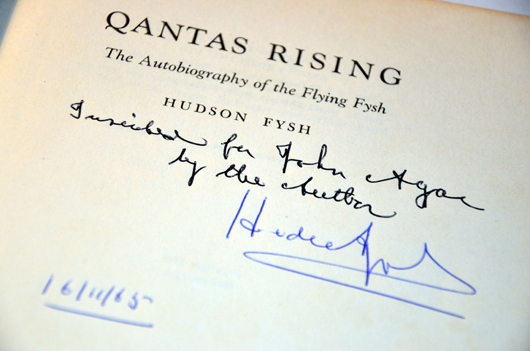 Many of the books are signed by Fysh and contain his bookplate. Sydney Rare Book Auctions image. 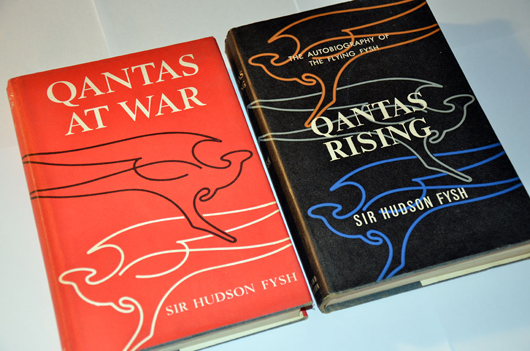 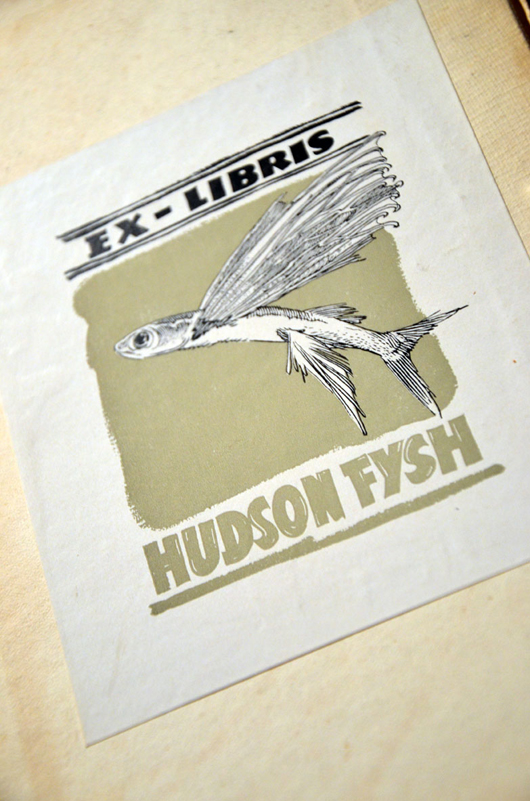