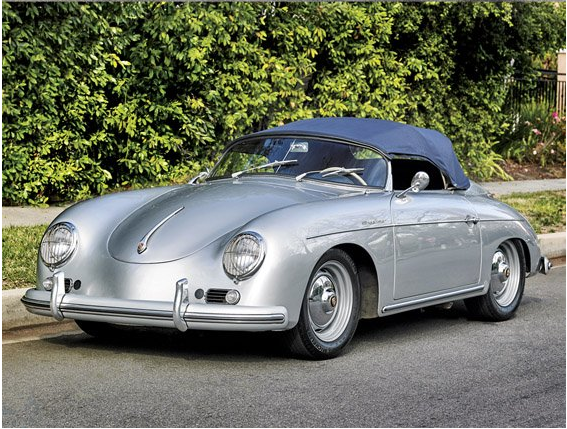 BEVERLY HILLS, Calif. – An auction of Asian antiques and artworks is probably the last place a classic car collector would look for a German-made motoring gem of the 1950s, but maybe it should be the first place they look. The road less traveled often leads to a serendipitous find — like the 1958 Porsche 356A/1600 Speedster in I.M. Chait’s January 31 auction.

Closing out the 478-lot sale of Chinese fine art and furniture, the envy-stirring Speedster represents the most sought after of all Porsches in the marketplace today. Only 4,145 examples were built during the 356 Speedster’s 1954-1958 production run.

Simple, pure, and fun to drive, the Speedster was the brainchild of Porsche’s New York importer, Max Hoffman. Hoffman envisioned a sporty car that could easily be turned into a “weekend racer” with little to no trouble. The Speedster came into the largely British-dominated arena of sports car racing and proved to be victorious in numerous races throughout Europe and North America. Speedsters were stripped of numerous amenities and creature comforts, and had many subtle differences such as a low-slung, wraparound windshield that could be easily removed for racing. Many Speedster owners installed roll bars, taped numbers on the doors and went racing, often with great success.

The motorcar offered by I.M. Chait is an exquisite example of opulence. It is fitted with a period-correct “1600 Super” engine and newly rebuilt transmission.

According to the Porsche Certificate of Authenticity (included), this car left the factory on October 15, 1957, wearing Meissen Blue Paint, code #5703 with Red Leatherette interior. Now sporting Silver Metallic paint with a Navy Blue leather interior, it retains its correct “square-weave” blue-gray carpeting. In addition, there is a matching Navy Blue canvas top and tonneau. 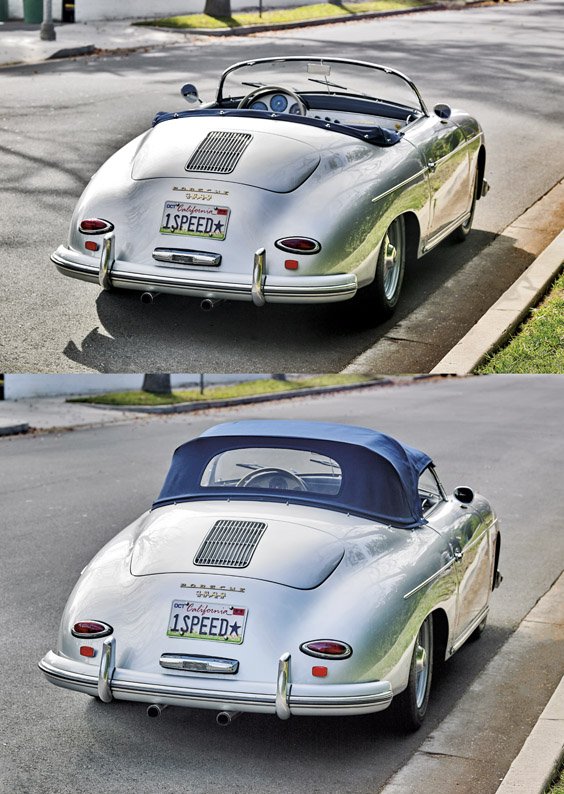 This stunning speedster was completely restored and sold by marque specialists European Collectibles in Costa Mesa, Calif., approximately 10 years ago. Since completion, the car has been driven and enjoyed sparingly. It is entered in the auction with a $275,000-$325,000 estimate.

Will you be its next owner? 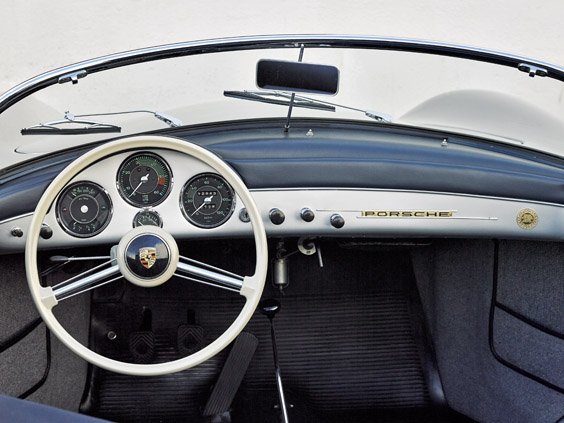 Bid absentee or live via the Internet through LiveAuctioneers. For additional information, contact I.M. Chait Gallery / Auctioneers by calling 310-285-0182 or email chait@chait.com.