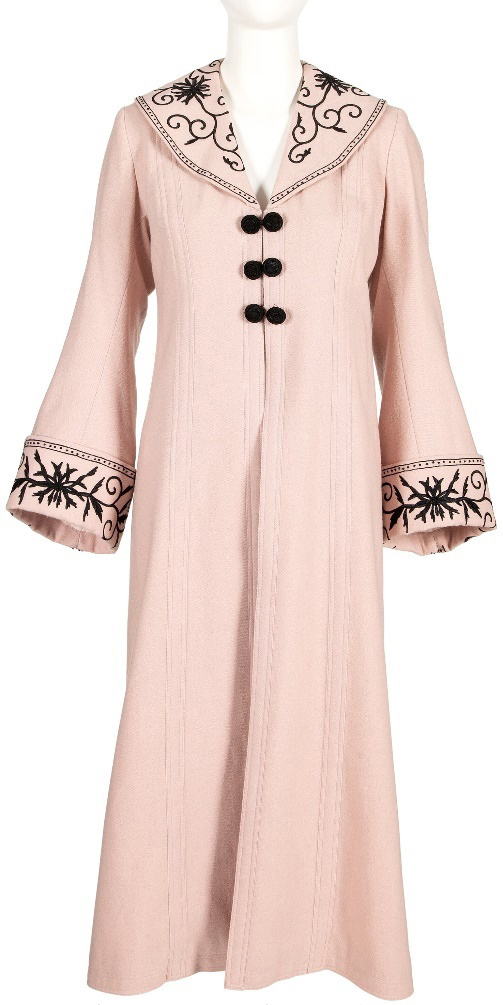 DALLAS – When Titanic hit theaters in December 1997, audiences around the world fell fast and hard for the epic romance between Kate Winslet’s “Rose” and Leonardo DiCaprio’s “Jack.” But just as memorable as the ill-fated love story — and Celine Dion theme song — was the Hollywood blockbuster’s Academy Award-winning costume design. Now, nearly a quarter of a century since the movie’s release, two iconic costumes from the 1912-set film are headed to Heritage Auctions’ Nov. 4-7 Entertainment and Music Memorabilia Signature® Auction. Absentee and Internet live bidding will be available through LiveAuctioneers.

Leading the lots is the floor-length pink overcoat that Winslet wore during the climactic scene in which the RMS Titanic — aka “the ship of dreams” — begins to sink. The distinctive coat, which retains delicate watermarks on the interior lining from being submerged during production, is highly visible when Rose rushes below deck of the doomed luxury liner to rescue her beloved Jack.

“It’s the last thing we see her in before she’s in the water, so it’s super-significant,” Heritage Auctions Executive Vice President Joe Maddalena says of the instantly recognizable coat. “What’s great about this costume is it came directly from Twentieth Century Fox. The COA from the studio says ‘worn on deck during sinking scenes.’”

Designed by Oscar-winning Deborah L. Scott, the bespoke rose-colored wool coat features a large shawl collar, oversize satin-lined bell sleeve cuffs and black-threaded, embroidery-covered decorative buttons concealing the hook-and-eye front closure. Lined in peach satin and ornamented with elegant, black vine hand embroidery at the collar and cuffs, the jacket is indicative of the meticulous attention to period materials, construction and detail that went into every one of the film’s legendary and indulgent costumes.

“Titanic is one of the greatest movies of that kind ever made, and the costume is worn in one of the most important scenes in the movie,” Maddalena adds. “Plus, it’s a pink jacket, so it’s super-recognizable. It’s got everything going for it that you could possibly want. And not a lot of stuff from that movie is out there.”

Also featured in the November auction is DiCaprio’s trademark Titanic costume, a two-piece ensemble also designed by Scott and worn throughout most of the actor’s time on screen. The costume consists of one pair of high-waisted tan corduroy trousers and a long-sleeved, collarless bib shirt of creme broadcloth. “He wore that costume 75 to 80 percent of the movie,” Maddalena says. “At the end of the movie, that’s what he’s wearing when he drowns. So it’s Jack’s signature ensemble. With the pink jacket, you have the two most significant characters in Titanic and two of their most recognizable costumes.” 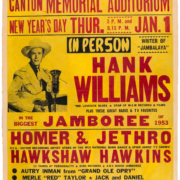 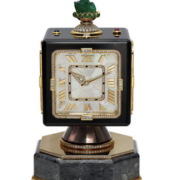 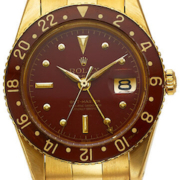 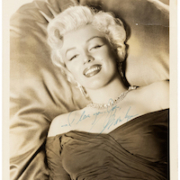 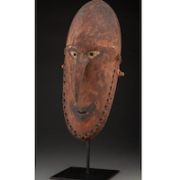 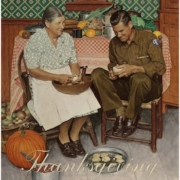 One-shilling coin made in 17th C. New England could sell for $300K
Scroll to top