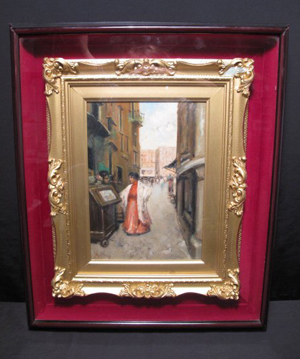 NAPLES, Fla. – A typically fine selection of antiques and fine art from local and South Florida estates will be sold at Auctions Neapolitan on June 27 beginning at 1 p.m. Eastern. While there may not be one blockbuster item to tout, owner-auctioneer Kathleen M. Pica isn’t apologizing for the sale.

“We’re known for our eclectic pieces,” she said. “We’re the fun auction where prices are affordable.”

Several pieces of jade have generated interest from Asia. A 19th-century belt buckle of white jade in the form of a dragon with Kylin already has a handful of bids. “I see several of my regular Chinese buyers have bid so it must be a good piece,” said Pica.

A Chinese light green jade lamp in the form of a covered urn with a foo dog finial has a conservative estimate of $2,000-$3,000. Missing one of its two carved jade rings, it dates to the first half of the 20th century.

“You can call it a sleeper,” said Pica.

Also from China, a large 19th-century Rose Medallion porcelain bowl is in good condition and expected to make $1,200-$1,500.

Several sterling silver flatware sets will be sold including 126 pieces of Stradivari pattern by Wallace. Weighing 124 troy ounces, the set is estimated at $1,000-$2,000.

Another interest item is a large 19th-century captain’s tantalus chest complete with matching decanters, cut glass tumblers and numerous pieces of bar equipment. A medallion is inscribed, “James Macbeth, Christmas 1897.” The fitted chest and contents are expected to sell for $800-$1,200.

Finally, a 19th-century English miniature brass-bound chest on stand, 17 inches high by 12 inches wide, in exotic wood veneer, is an uncommon piece, said Pica. A label on the bottom reads, “Lady Georgina Bathhurst” (1769-1841). With veneer loss and a broken lock hasp, the chest has $300-$400 estimate.

The sale will be conducted at Auctions Neapolitan’s downtown galleries at 1100 First Ave. 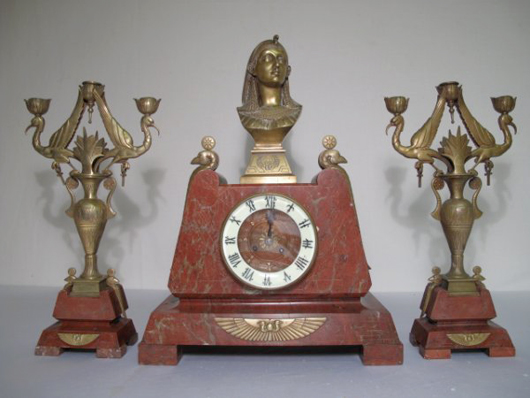 Red marble complements the Egyptian Revival motif of this French clock and garniture candelabra. The set has a $1,500-$2,500 estimate. Image courtesy Neapolitan Auctions. 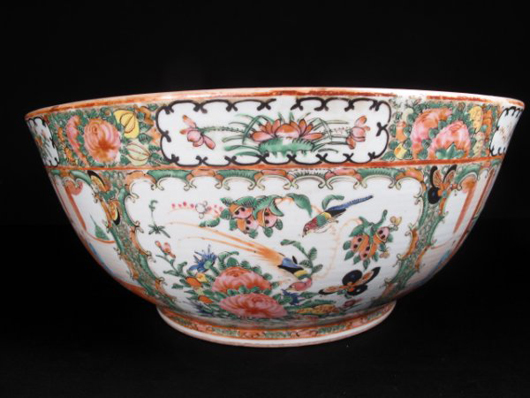 This Chinese Rose Medallion bowl is 19 1/2 inches in diameter and rests on a carved wooden stand. It has a $1,200-$1,500 estimate. Image courtesy Neapolitan Auctions. 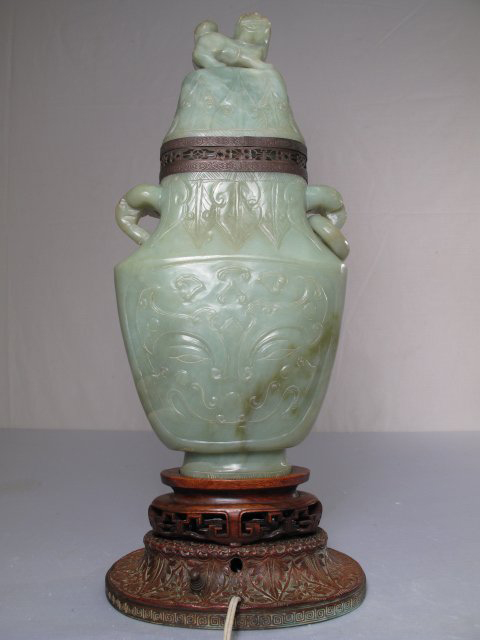 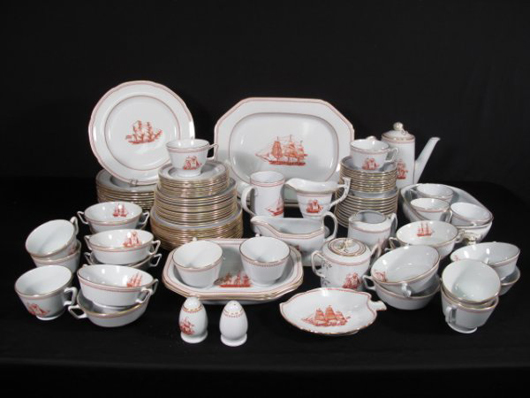 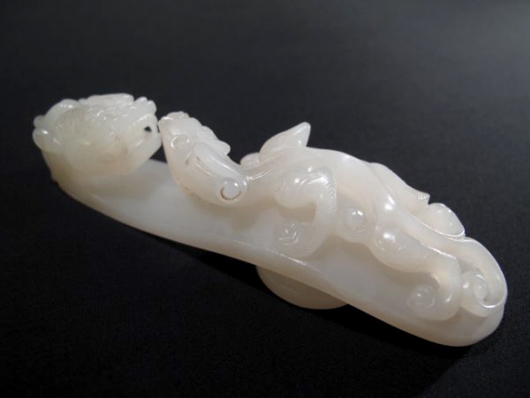