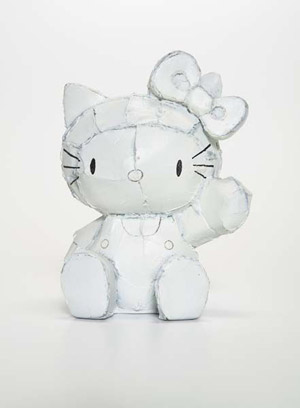 NEW YORK – Phillips de Pury & Co.’s April 25 Saturday@Phillips sale will offer a comprehensive and curated selection of urban art from the past 25 years, alongside examples of contemporary art, design, photographs and toy art. The sale will be held in Phillips de Pury’s Manhattan galleries, commencing at noon Eastern Time, with real-time Internet bidding provided by www.LiveAuctioneers.com.

This selection of over 100 works of urban art will cover the breadth of this genre, from graffiti writers and the tagging groups working predominantly in New York City in the 1970s and 1980s to the street art movement that took root in San Francisco and Los Angeles in the 1990s, and on to its current incarnation as an international phenomenon encompassing multi-disciplinary methods and varied styles.

Highlights of the sale include an example of masterful spray paint technique by one of the founders of the graffiti movement, Crash (John Matos). Diptych: Looking In, Looking Out, 1993, is estimated between $10,000-$15,000.

KAWS’ Running Chum, 2000, a rare complete set of three screenprints depicting the artist’s signature rendition of The Michelin Man, is triple-signed and estimated at $15,000-$20,000 each.

Two box sets representing artists in the famed traveling exhibition Beautiful Losers: Contemporary Art and Street Culture, from 2004 – present, will be offered in this sale. Beautiful Losers Portfolio, 2006, is a complete set of 27 screenprints in custom wooden box by artists such as Barry McGee, Shepard Fairey, KAWS, Larry Clark, Ryan McGinley, Terry Richardson, Raymond Pettibon and Ed Templeton. The Beautiful Losers Catalog [Boxed Edition], 2006, includes limited editions and original works by the Beautiful Losers artists along with a clothbound exhibition catalog packaged in a custom wooden box. These sets are offered together as one lot and are estimated between $15,000-$20,000.

British and international street and urban artists whose works are cataloged in the sale include Banksy, Eelus, Ben Eine, Antony Micallef and Os Gêmeos.

A significant part of the auction involves the introduction of works by contemporary artists that represent a parallel youth movement to urban art in America that formed in the late 1990s in Providence, Philadelphia and New York. In the Saturday@Phillips catalog, an essay by Ken Miller details the movement and its implications. Contemporary artists in the sale include assume vivid astro focus, Hisham Akira Bharoocha, Brian Chippendale, Bjorn Copeland, Brian Degraw, A.J. Fosik, Jim Houser, Matt Leines, Taylor Mckimens, Tracy Nakayama and Andrew Jeffrey Wright.

These artists frequently worked together in collaboration as part of art collectives and musical groups, overlapping disciplines that weave together various elements from punk rock to psychedelia, folk and tribal arts, electronic arts, comics and collage.

Saturday@Phillips’ April sale of contemporary culture will also offer furniture, contemporary art including works on paper and a wide selection of contemporary photographs. Tom Sach’s bronze Hello Kitty, 2001 is estimated between $20,000-$30,000; Jay Gard’s Plywood, 2007, a playful deconstruction of the Hollywood sign, will be offered with a presale estimate of $3,000-$4,000; and Verner Panton’ s circa-1968 Living Tower, constructed from fabric and wood, and marketed by Herman Miller, will be offered with an estimate of $15,000-$20,000.

Works by Massimo Vitali, Fred Tomaselli and Erik Parker will be offered alongside works by Marcel Breuer, Francois Monnet and Ettore Sottsass.

To view the fully illustrated catalog and sign up to bid absentee or live via the Internet during the sale, log on to www.LiveAuctioneers.com. For additional information on any lot to be sold, tel. 212-940-1200 or visit www.phillipsdepury.com. 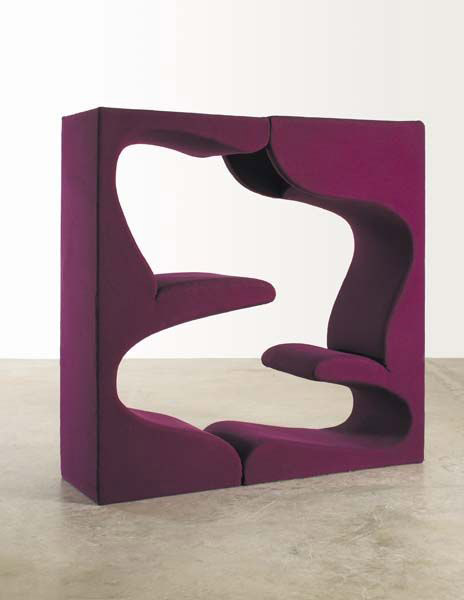 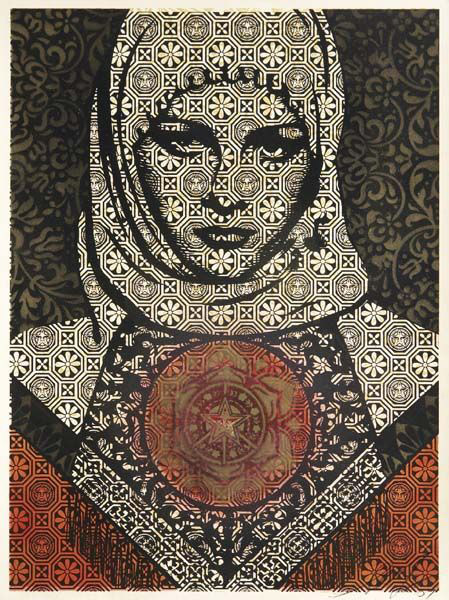 The eyes have it at Manhattan Vintage Clothing Show