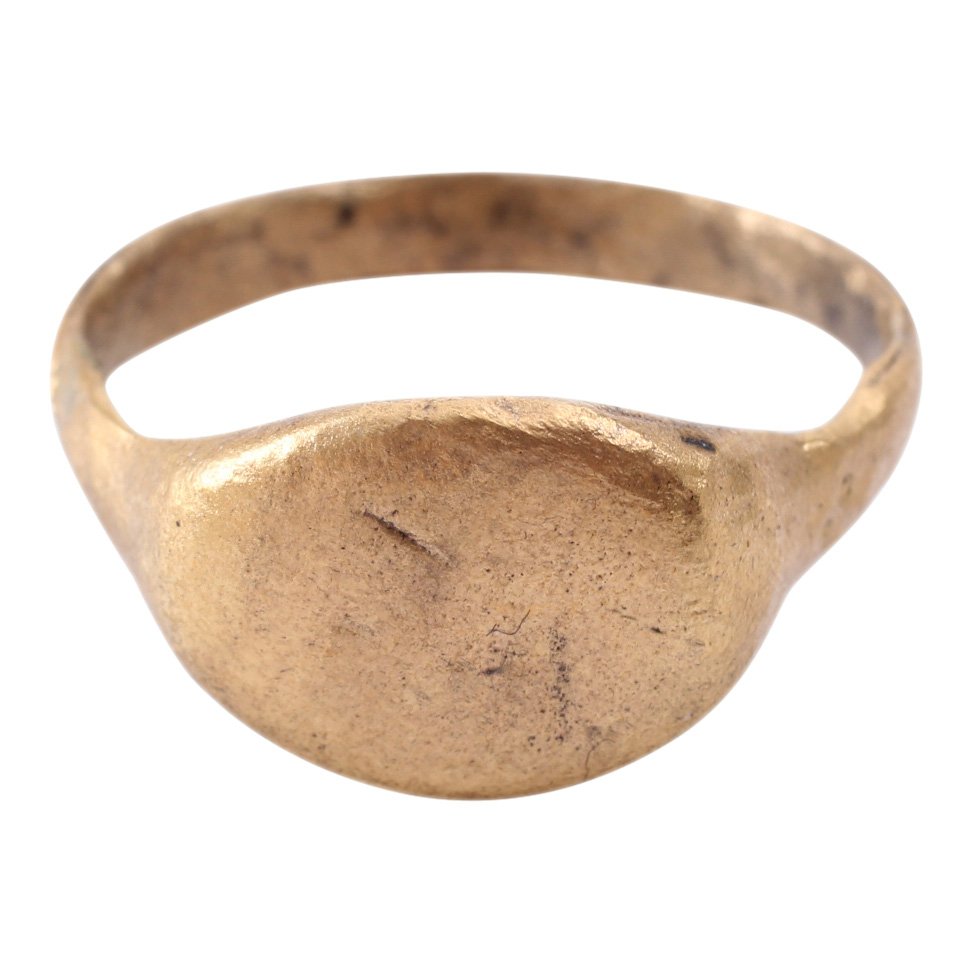 NEW YORK – Fifty-five lots of Viking and medieval jewelry will be sold in an online auction presented by Jasper52 on Sunday, Oct. 30. This is an absolute auction with each and every lot selling to the highest bidder; there are no reserves. Absentee and Internet live bidding is available exclusively through LiveAuctioneers.com.

Vikings and ancient Scandinavian culture and lore have attracted increased interest in recent years. This awareness has led to a fascination with the skillful metalwork of Vikings, both in regard to weaponry and jewelry. Discoveries of the divergent representation of masterful Viking metalwork continue to occur in the UK and other western European countries.

While silver appears to have been the Vikings’ metal of choice, a few gold and bronze objects are in this Jasper52 auction.

Examples of Viking mythology and their religion can also be seen in ancient jewelry. For example, a pendant shaped in the form of a duck’s foot (below) is thought to have belonged to a 10th century Viking sorcerer. The bronze and silver overlay pendant is estimated to sell for $250-$300. 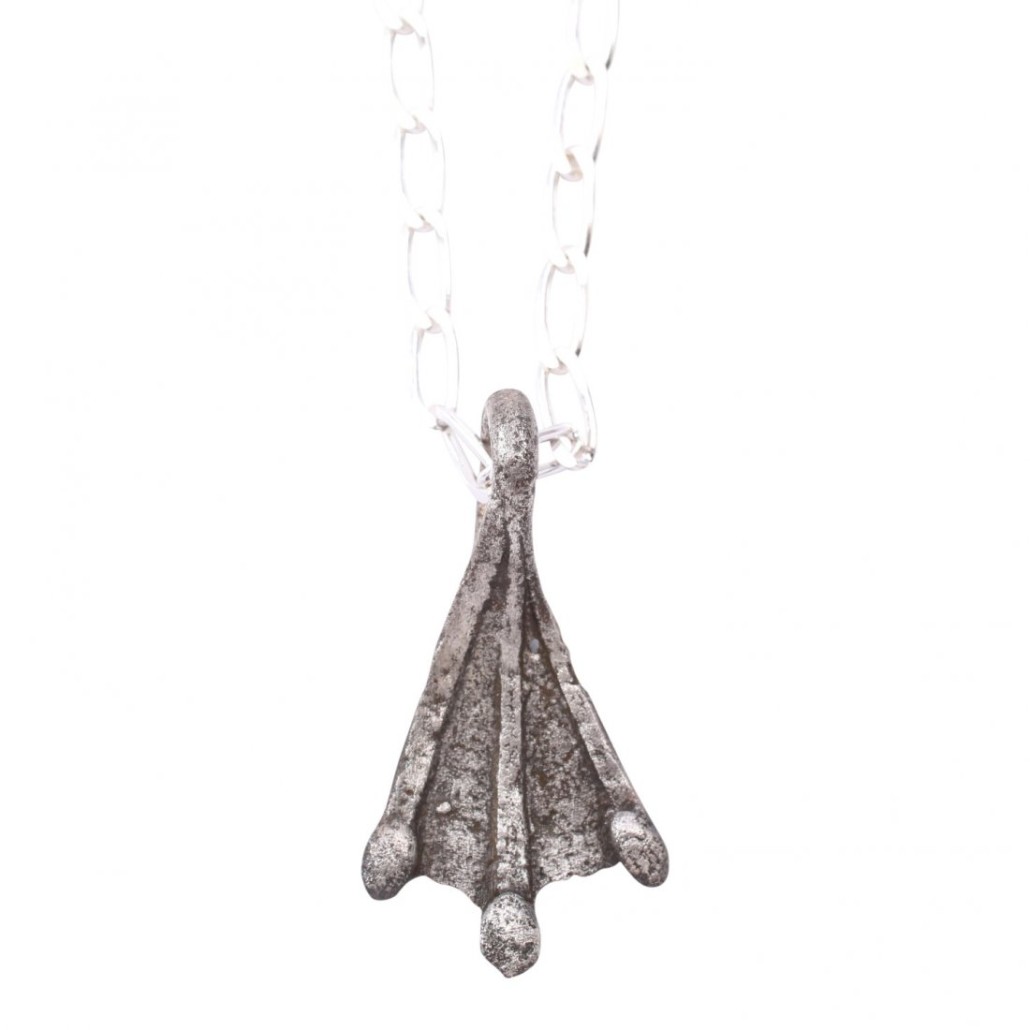 Vikings metalsmiths were skilled in first creating weapons, armor and tools, but also excelled in making jewelry that has stood the test of time. Those skills are also evident in elaborate jewelry designs that include hearts, crescents and earrings. 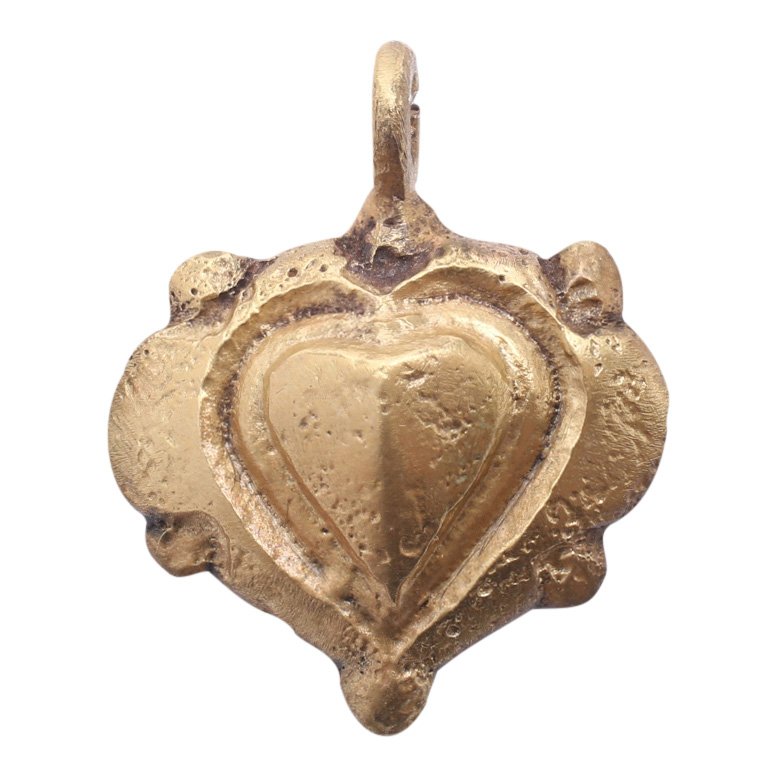 The heart had special meaning for Viking warriors as a male symbol for bravery, fortitude, loyalty and integrity. 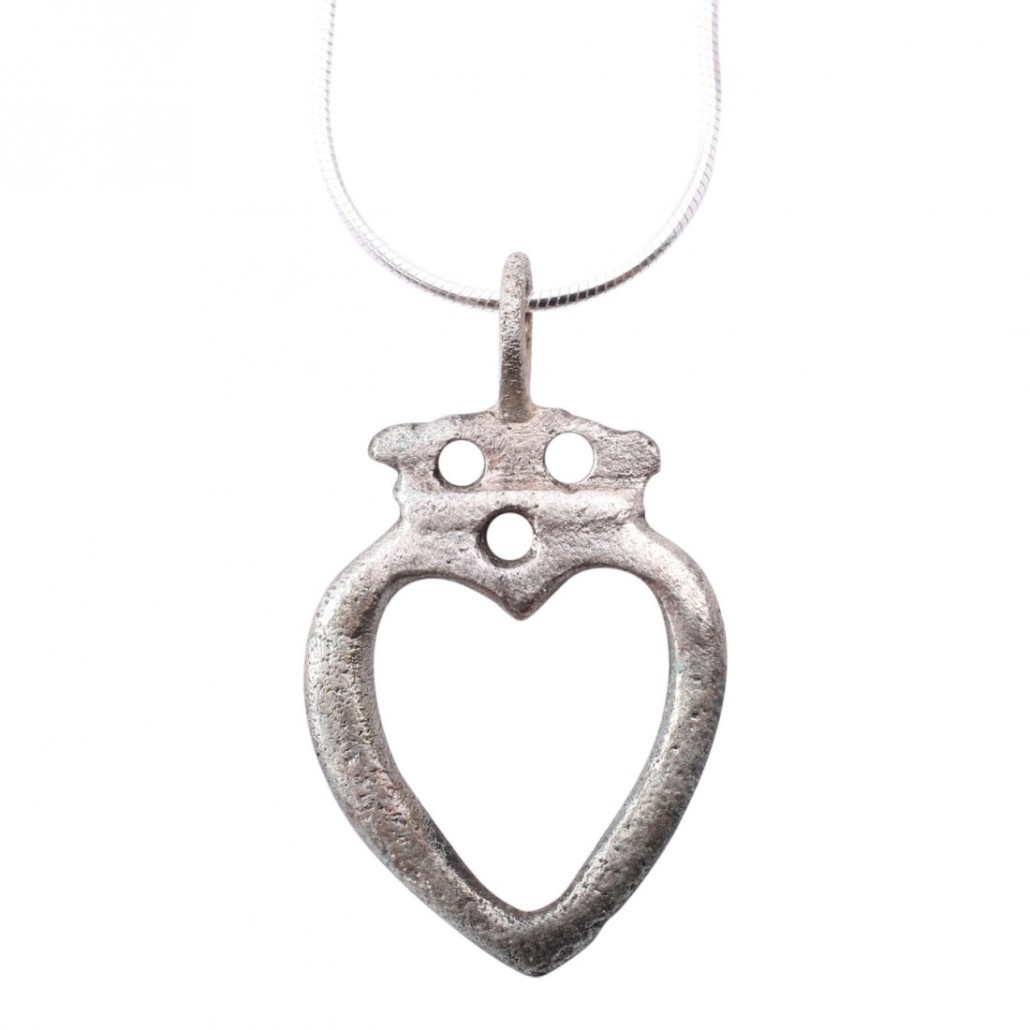 The scope of this auction extends beyond the reach of the Vikings. For example, a silvered bronze Jerusalem cross pendant, likely worn by a Crusader, is expected to sell for $200-$300. The pendant is actually five crosses in one, which represent the five wounds of Christ. These crosses originated with Godfrey of Bouillon, a Frankish knight known as Baron of the Holy Sepulcher and the Crusader King, ruler of the Kingdom of Jerusalem following a victorious siege in the First Crusade. 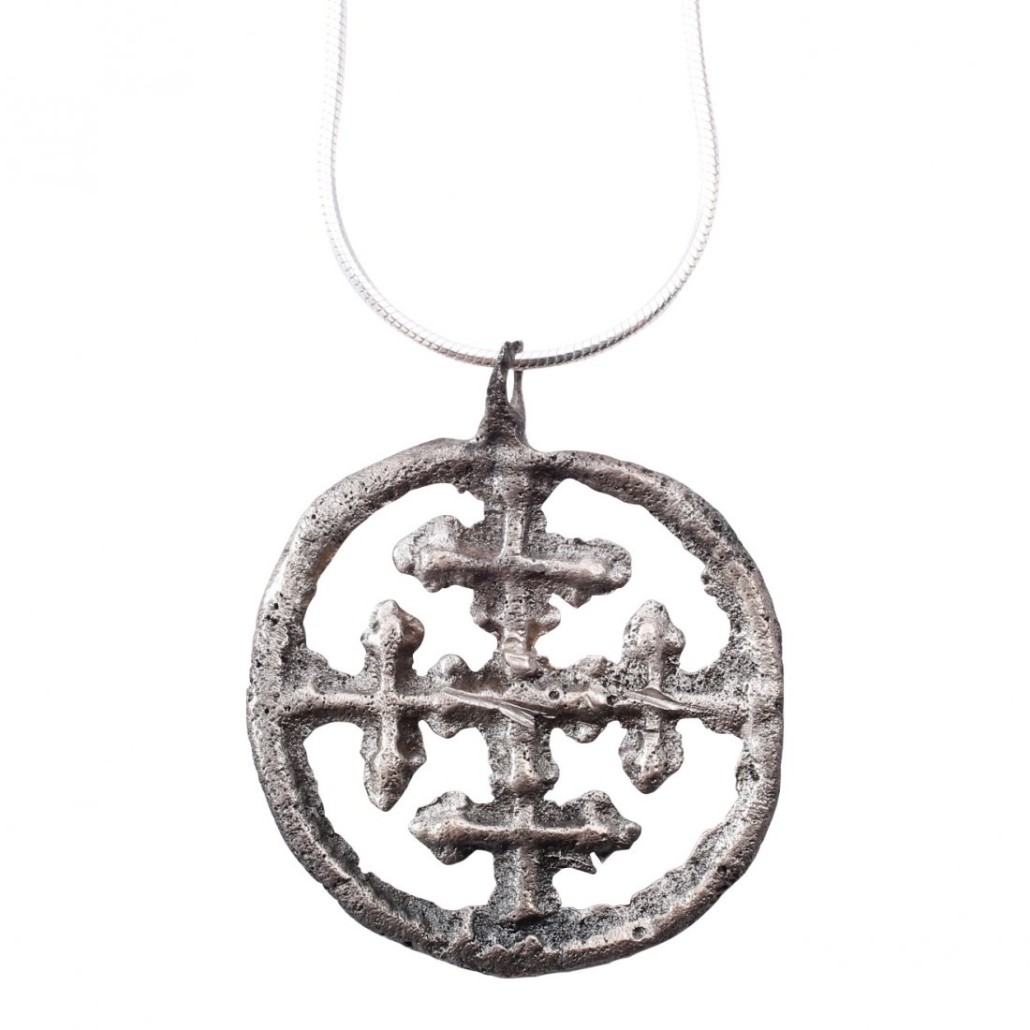 This Jasper52 auction has no reserves; each lot will be sold to the highest bidder no matter the amount. Bidding on all lots starts at $1.