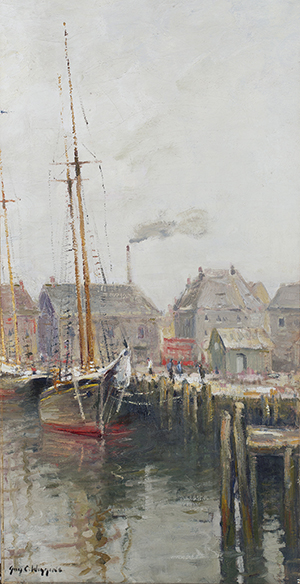 FALLS CHURCH, Va. – On Sunday, September 15th, more than 400 carefully vetted, top-quality lots of fine and decorative art and furnishings will cross the auction block at Quinn’s, located in the Washington, DC suburb of Falls Church, Virginia. The consignments chosen for this sale are from estates and private collectors in the Greater Washington, DC area, including former Speaker of the US House of Representatives Thomas S. “Tom” Foley and Mrs. Heather Strachan Foley.

Among the highlights of the Foley collection are two Harry Bertoia (Italian/American, 1915-1978) metal sculptures. Lot 94, Bertoia’s circa-1960s work titled “Bush,’ is distinguished by its radiating branches that terminate in a stunning array of bronze beads. The 9in by 10in-diameter sculpture is estimated at $15,000-$20,000. It is followed in the auction order by Bertoia’s 39in kinetic wire “Spray” sculpture, similarly estimated at $15,000-$20,000.

Also sourced from the Foley collection is Lot 243, Shri Jamini Roy’s (Indian, 1887-1972) oil-on-canvas painting titled “Flight into Egypt.” The framed 27 by 35½in (sight) tempera-on-canvas artwork depicts a royal couple with their young child traveling by donkey, and is artist-signed in Bengali. Heather Foley purchased the painting directly from the artist in August 1968. Estimate: $15,000-$20,000.

Tom Foley has long had an interest in Asia and served as US Ambassador to Japan from 1997 through 2001. But his travels to the Far East began decades ago and included an especially memorable trip to the Philippines that resulted in his purchasing a number of 18th- and 19th-century santos.

“Around the 1960s, Speaker and Mrs. Foley were part of a US Congressional group invited to spend a day on the late Filipino President Ferdinand Marcos’ yacht,” explained Quinn’s Vice President Matthew Quinn. “Some of the Members’ wives were disappointed that they hadn’t had time to shop locally before boarding the boat, so President Marcos arranged for an antique dealer to come on board with some of his antique santos. After the dealer expressed frustration that all of his figures had not sold, Tom Foley, in a diplomatic gesture, bought the man’s remaining stock to smooth things over. He and Mrs. Foley kept the santos in their collection for more than 40 years, and they’re part of the couple’s consignment to our auction.”

A large collection of Knoll furniture and other modern pieces will be offered, all with provenance from the Foley collection. Lot 79, a Hans Wegner for Knoll teak lounge chair and ottoman from the third quarter of the 20th century is expected to make $2,000-$3,000; while Lot 85, a black leather sofa designed by Mies van der Rohe for Knoll, carries an estimate of $1,500-$2,000. The perfect lighting to accompany the Knoll selections is Lot 92, a Gino Sarfatti for Arteluce Triennale 3-light floor lamp estimated at $1,500-$2,500.

Lot 339, a trio of 10ft 2in-tall bronze statues of Bodhisattva once graced a residence in Hume, Virginia. Each has an embossed robe and stands on a lotus pedestal with traditional Buddhist iconography. The group estimate is $20,000-$30,000.

A graceful bronze nude with a garland of grapes, titled “The Vine,” was created by Harriet Whitney Frishmuth (New York, 1880-1980) and cast by Gorham around 1921. Standing 12½ inches tall, it is a smaller version of the example held in the collection of the Metropolitan Museum of Art. Entered as Lot 233, it could reach $2,000-$4,000 on auction day.

A nice surprise previously discovered in a box of mixed articles, Lot 251 is a miniature portrait on ivory confirmed as the work of James Peale (Maryland, 1749-1831). “It had been consigned to one of our weekly sales in a box lot,” Matthew Quinn explained. “The consignor had no idea it was a Peale or even that it was valuable. It was like an Antiques Roadshow moment. Of course we immediately pulled it from the weekly sale and held it over for the September 15th sale.” The diminutive portrait depicting a woman with curly hair, wearing drop earrings and red dress with fancy collar, is estimated at $2,500-$3,500.

Many outstanding European and American paintings are included in the auction lineup. A signed Guy Carleton Wiggins’ (New York/Connecticut, 1883-1962) genre painting of a ship docked at a New England town’s harbor measures 35 by 18in (sight). Entered as Lot 255 and authenticated by Wiggins’ son, artist Guy A. Wiggins, it is estimated at $7,000-$9,000.

Painted around 1944, a Stepan Fedorovich Kolesnikoff oil on canvas of a market scene in front of a church was given to the consignor’s father in 1956 as a gift from the Yugoslav government. Colorful and richly detailed, the 21¼ by 35¼-in artwork listed as Lot 163 carries a $7,000-$9,000 estimate, but Quinn believes it could well surpass expectations. “Kolesnikoff’s paintings do very well at auction. It might even double the estimate in our sale,” Quinn said.

Another European painting that warrants special attention is Lot 162, a 17th-century Dutch master landscape by Anthony Jansz Van Croos (1630-1691). The scene depicts passengers on a boat in the waters near Montfoort Castle in Utrecht. The 14½ by 23½-oil on canvas work is estimated at $4,000-$6,000.

Quinn’s Sunday, September 15 auction will commence at 1 p.m. Eastern Time, with Internet live bidding available through LiveAuctioneers. All lots will be available to preview during the week leading up to the sale (see Quinn’s website for hours). For information on any item in the sale, call 434-293-2904 or e-mail info@quinnsauction.com. Visit Quinn’s online at www.quinnsauction.com. 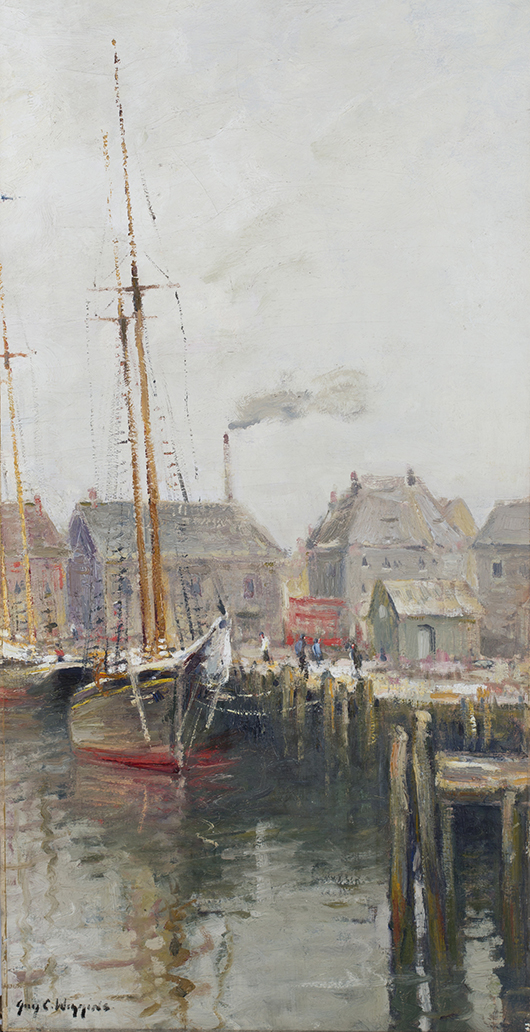 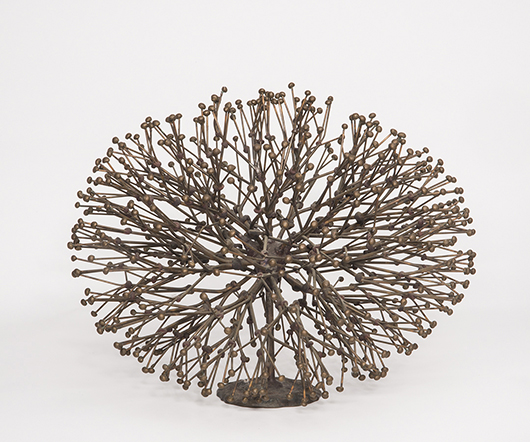 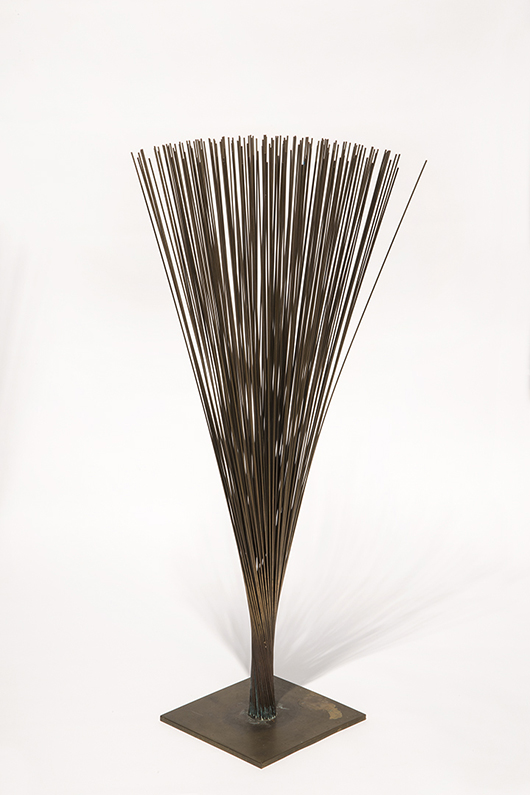 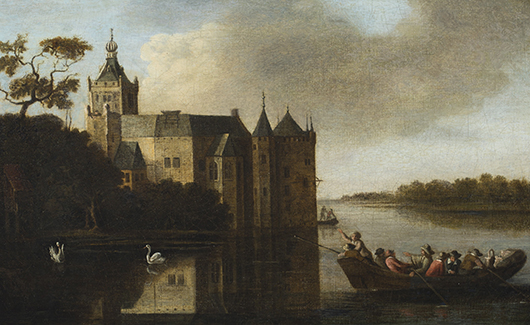 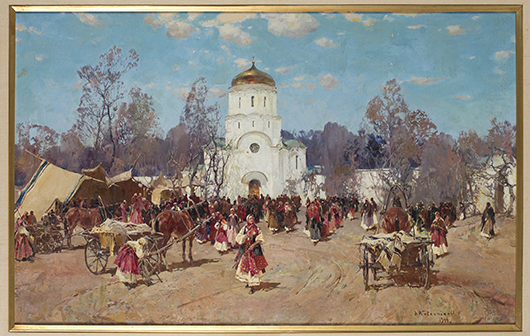 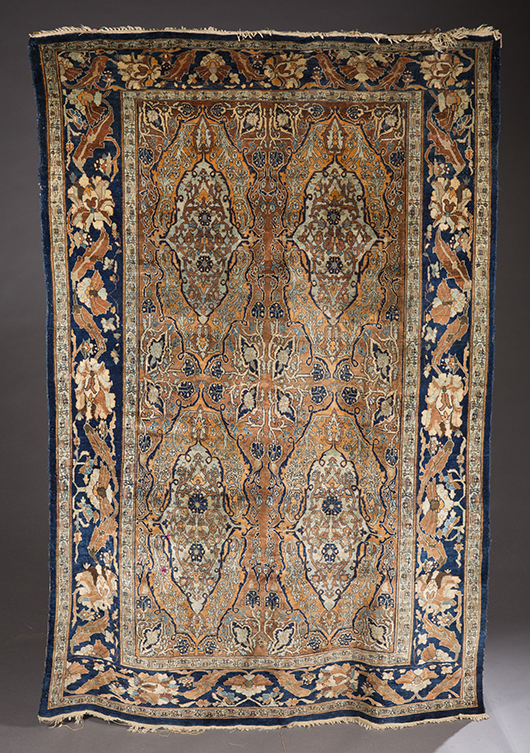 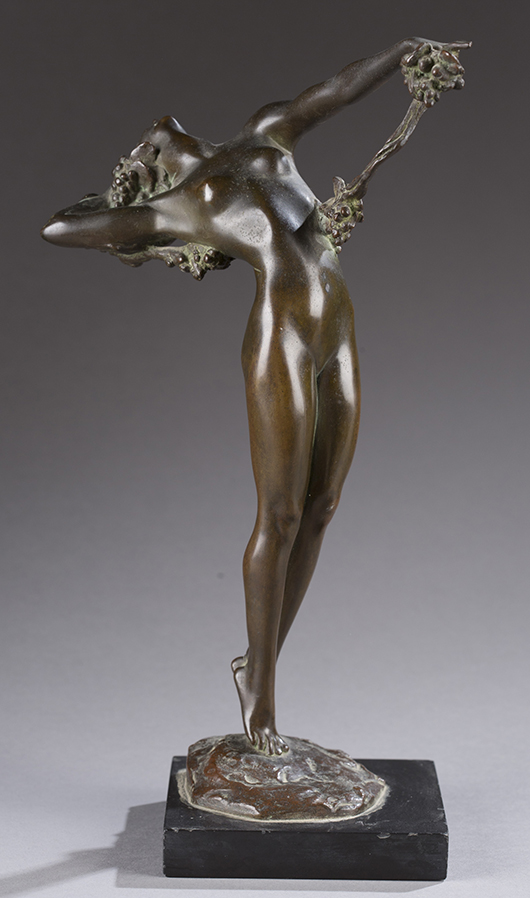 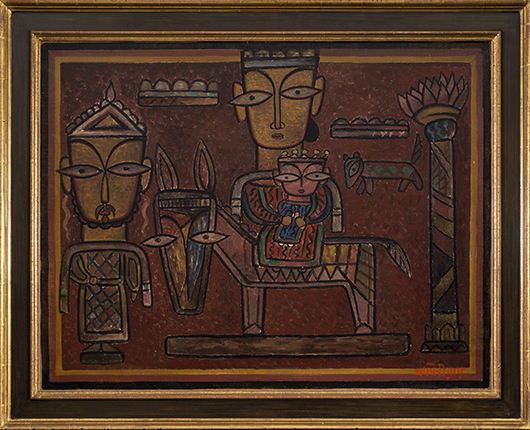 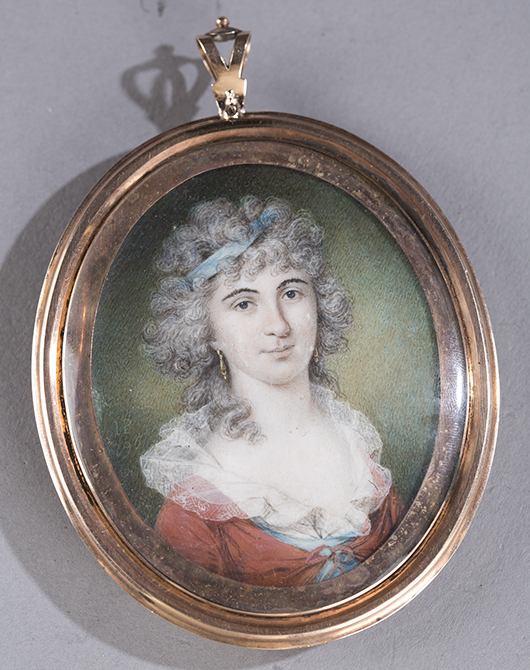