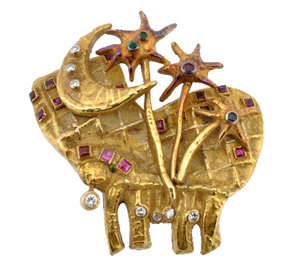 LONDON – Innovative jewelry produced in the mid-20th century by artists in collaboration with Italian jeweler Mario Masenza will bring Roman charm to a sale of fine jewelry at Dreweatts & Bloomsbury Auctions’ Donnington Priory saleroom on Wednesday, July 9. The auction of jewelry will be preceded by a comprehensive collection of privately sourced wristwatches from the finest watchmakers, alongside silver, pens and luxury accessories.

From UK and European collections the sale spans the late 18th century through Victorian, Edwardian and Art Deco periods to jewelry from the major ateliers of the 20th and 21st century.

Mario Masenza (1913-1985) came from an illustrious family of Italian jewelers. When he inherited their shop on the fashionable Via del Corso in Rome after the war, Masenza sought a new path for the family business that would prove to bring inspiration to and revolutionize the Italian jewelry market and its approach to design.

Sicilian sculptor Franco Cannilla was approached by Masenza and together they produced revolutionary work until the late 1960s. An example of his impressive work is a clip brooch set with a cascade of emeralds, cabochon rubies and sapphires and brilliant cut diamond that will be offered in Dreweatts & Bloomsbury Auctions’ sale of fine jewelry estimated at £1,500-2,000 ($2,550-3,400) [Lot 599].

Masenza’s gallery and workshops became the meeting place for artists and collectors, where painters and sculptors such as Franco Cannilla and the Basadella brothers could experiment with materials to create highly individualistic artists jewels, leading to many of their pieces being exhibited at international design exhibitions worldwide as works of art.

– A Victorian diamond brooch and cluster ear pendents, circa 1860, the floral foliate brooch with a central flower head set with cushion cut diamonds, the central diamond estimated to weigh 0.82 carats, approximately 1.76 carats total; together with a pair of diamond cluster ear pendents, the principal diamonds estimated to weigh 0.65 and 0.63 carats, within a surround of old cut diamonds, with an old cut diamond surmount, approximately 2.92 carats total, shepherds hook fittings, 2.5cm long. The brooch and ear pendents were given to Lady Rose Leveson-Gower (nee Bowes-Lyon) the Countess of Granville, sister of Queen Elizabeth The Queen Mother, by her husband the 4th Earl Granville, William Leveson Gower, thence by decent to the current consignor [Lot 417]. Estimate: £3,000-5,000.

– A Victorian pink spinel and diamond brooch, circa 1880, the five-cushion cut spinels in claw settings with foliate diamond set spacers between, 6.6cm long. This brooch was given to Lady Rose Leveson-Gower (nee Bowes-Lyon) the Countess of Granville, sister of Queen Elizabeth The Queen Mother, by her husband the 4th Earl Granville, William Leveson Gower [Lot 419]. Estimate: £1,500-2,000.

– A late 19th century Indian subcontinent gem set long chain, circa 1900, the chain with faceted gold links with rope twist detail with tumbled rubellite and emerald beads with pearl spacers between, 186cm long, with a pearl and emerald drop (formerly part of the chain). The pearls are untested and unwarranted as natural pearl. This chain was given to Lady Rose Leveson-Gower (nee Bowes-Lyon) the Countess of Granville, sister of Queen Elizabeth, The Queen Mother, by her husband the 4th Earl Granville, William Leveson Gower [Lot 430]. Estimate: £1,500-2,000.

Leading the sale of watches will be an Audemars Piguet, Royal Oak man’s 18K gold wristwatch. Inspired by brass divers helmets the collectible and iconic Audemars Piguet Royal Oak was a revolutionary timepiece that shook the watch industry when it was first introduced at Basel World in 1972.

Steeped in nautical and British history the state-of-the-art waterproof wristwatch was named after the eight battleships of the British Royal Navy, themselves budded from the tree within which King Charles II hid from the Roundheads following the Battle of Worcester in 1651. Widely regarded as one of Audemars Piguet most iconic watches this timepiece remains popular with collectors and is estimated at £6,000-8,000 [Lot 221]. 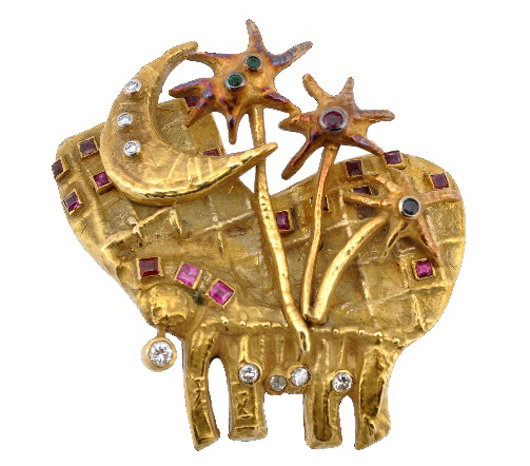 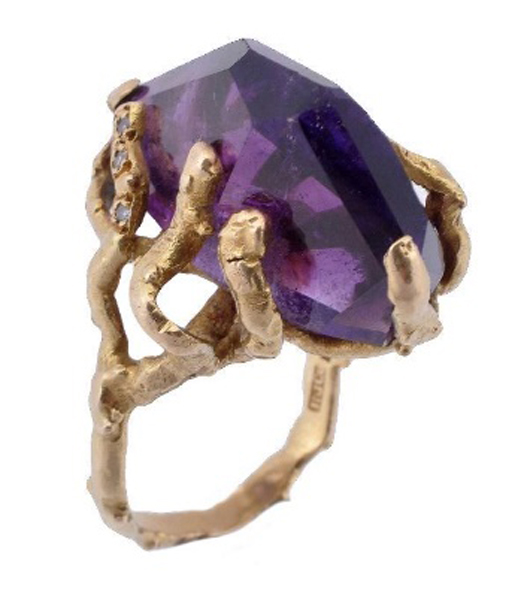 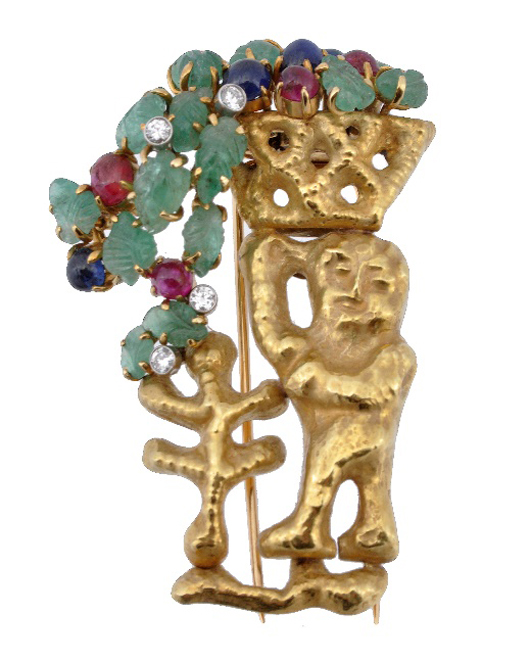 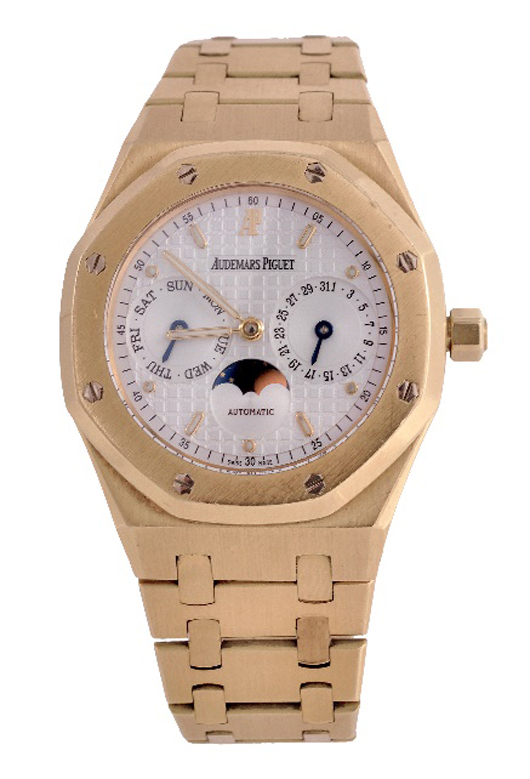 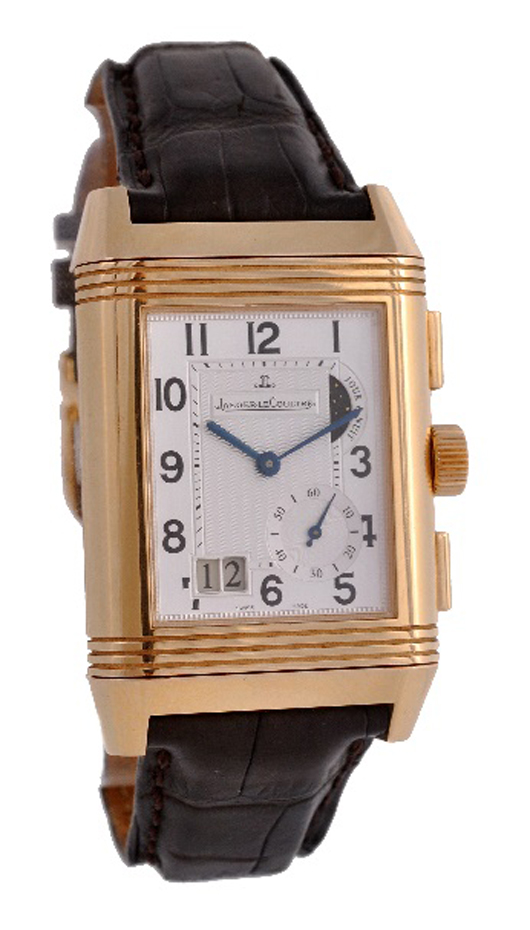 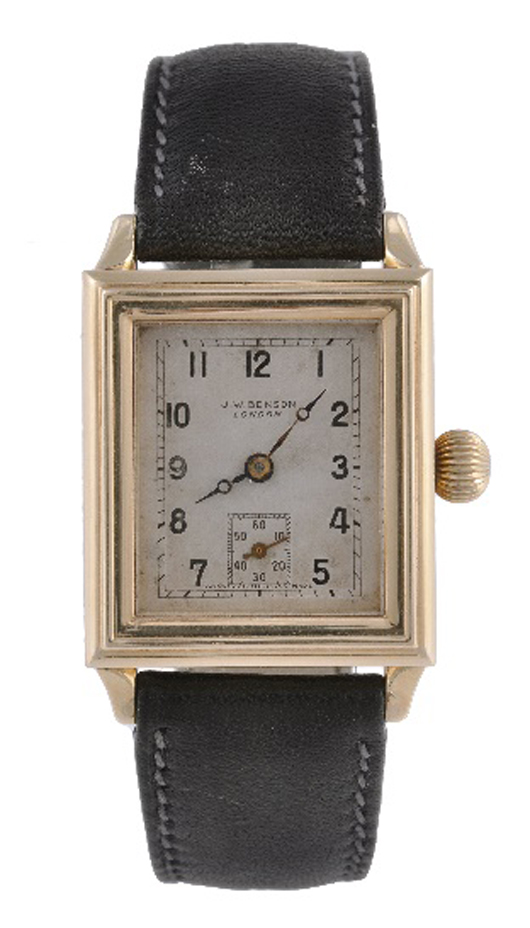