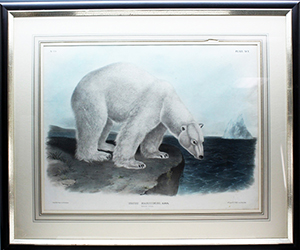 Maps comprise a particularly strong category within the 311-lot auction and are led by Lot 209, a 1632 Gerard Mercator Atlas that is complete with engraved title and 179 maps. The atlas is a cylindrical map projection attributable to Flemish geographer and cartographer Gerardus Mercator. In its day, it became the standard map projection for nautical purposes because of its ability to represent lines of constant course as straight segments, thus conserving the angles with the meridians. The Gerard Mercator Atlas in Waverly’s sale is expected to make $7,000-$10,000.

Lot 226, a Jansson 1649 map of the North Pole, 16 by 20¾ inches, has a highly decorative double-page engraved projection from the Arctic pole, with a profusion of circular directional lines radiating from eight compass roses. The publisher’s cartouche is illustrated with polar bears and archers, and the title cartouche is aloft on a cloud from which winds emanate. Estimate: $700-$1,000. Other important maps include two depicting Virginia. Lot 237, est. 2,000-$3,000, dates from 1627 and is the German version of John Smith’s 1612 Map of Virginia; while Lot 238, est. $900-$1,400, is a double-paged version of the Smith map and was created by Henricus Hondius in 1630.

Illustrated works by Audubon are unsurpassed in their beauty and perennial favorites with collectors. Lot 138, Volume III of “The Quadrupeds of North America, J.J. Audubon and J. Bachman, 1854, contains 55 vignette plates lithographed and hand-colored by J.T. Bowen and Nagel & Winegartner. The illustrations show land mammals in their natural habitats. A first octavo edition, the lot is estimated at $1,200-$1,800.

Titled “Floral Belles,” Lot 147 is a scarce, limited edition from the Victorian era by Mrs. C.M. Badger. Each of the 16 multicolored plates depicts a type of flower that inspired the accompanying lines of poetry. Printed in 1867 by Charles Scribner & Company, the edition is offered with a $1,500-$2,500 estimate.

Several lots consist of significant works by Charles Dickens. Lot 8, the 32-volume “Writings of Charles Dickens,” includes a check in the amount of “Thirty One Pounds, Six Shillings and Four Pence” made out to “Mess. Dawson, Newman, & Co.” and signed by Charles Dickens on February 2nd, 1866. The set dates to the late 19th or early 20th century and has critical and bibliographical introductions and notes by Edwin Percy Whipple and others. Each book is half red morocco with marbled board and end papers. The lot carries an estimate of $1,500-$2,500.

Of special interest to collectors of children’s books, a 1938 first edition (with dust jacket) of Tasha Tudor’s “Pumpkin Moonshine” represents the beloved New England illustrator/author’s literary debut. Published by Oxford University Press, the desirable title is entered in the sale as Lot 166 with a $1,500-$2,000 estimate.

Letters personally composed or signed by historical figures are always fascinating for the insight they provide into the authors’ private lives. Lot 304, a group lot containing 14 items including both a hand-written note and typed letter signed by Jacqueline Kennedy Onassis. The note to Elizabeth Smith Brownstein, which is written in blue ink on periwinkle blue stock with a matching envelope custom-printed with a Fifth Avenue, New York address, reads: “Dear Elizabeth – I’m not sure if it can have a connection with your series – but the Toni Morrison interview is worth reading. It sets thoughts thinking. Maybe she could narrate the slave cabins episode. We have seen so much of Maya Angelou – and I would love to see Toni Morrison speaking like Shelby Steele. Of course if you’ve just won the Nobel Prize you may be pretty busy! Best always, Jackie.” The typed letter on Doubleday letterhead is dated February 2, 1994 and reads in part: “Dear Ms. Brownstein, Thank you so much for your letter concerning ‘If This House Could Talk’…I feel passionate concern for houses and their history. I see great potential for a book adapted from a television series…” It is personally signed “Sincerely / Jacqueline Onassis.” The lot is estimated at $1,500-$2,500.

Another significant entry is Lot 293, a Napoleon Bonaparte letter written in secretarial hand is addressed “Ou Ministre de la Republique francaise et helvetie” with the French Republican calendar date “floreil an 8” that corresponds to either May 10 or 11, 1799. The framed letter is hand-signed “Bonaparte” and estimated at $1,000-$1,500.

Waverly Rare Books’ January 16, 2014 auction will begin at 6 p.m. Eastern time. The preview begins on January 11 and continues through and including auction day (see website for hours). The gallery is closed on Sundays. 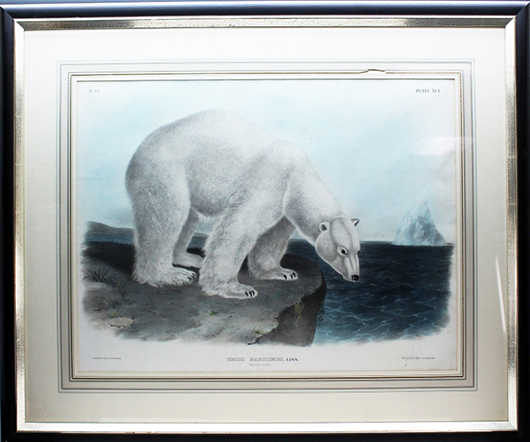 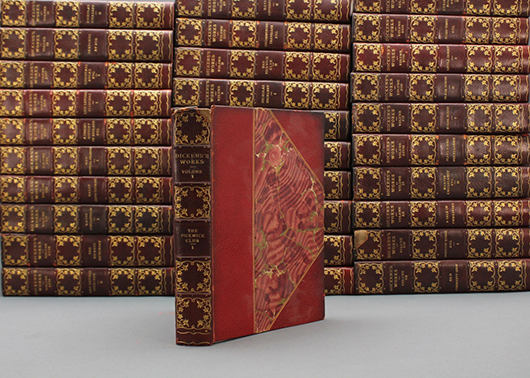 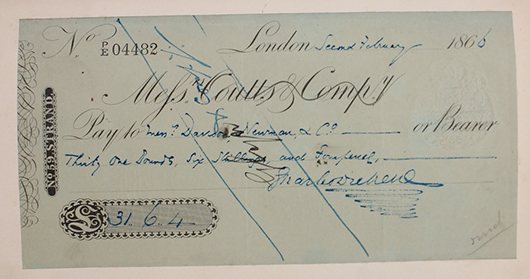 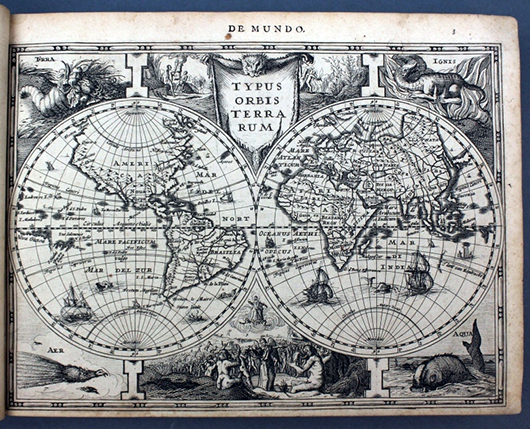 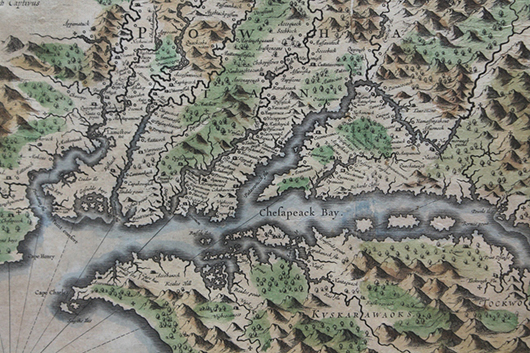 Signature of Napoleon Bonaparte as seen on May 1799 letter addressed to the Minister of France and Switzerland. Estimate $1,000-$1,500. Waverly Rare Books image. 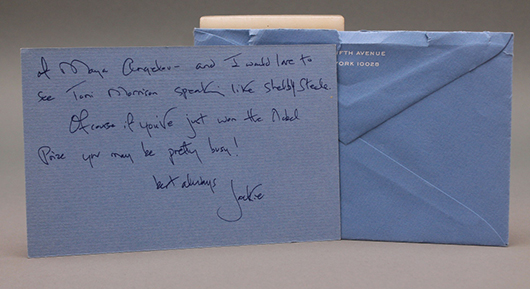