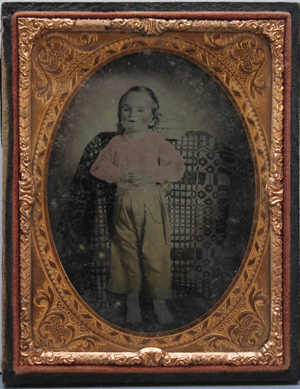 “This auction has a very strong map category, with three top lots – one topographical map and two atlases – estimated in the low thousands,” said Monika Schiavo, director of Waverly Rare Books. “There is also a very strong bindings section containing many good-looking books that collectors may be able to snap up at attractive prices. The photography section is solid, as well.”

An expected top lot is J. C. Fremont’s Topographical Map of the Road from Missouri to Oregon (est. $4,000-$6,000). Printed in 1846, the seven pages of maps outline the Platte Valley South Pass route that traced Fremont’s 1842 journey and were used by emigrants bound for California and Oregon. They are based on Fremont’s journal and sketches from topographer Charles Preuss.

Also expected to do well are a pair of atlases by Mathew Carey of Philadelphia (1760-1839), the first major American publisher of maps and atlases. The first, titled Carey’s General Atlas (circa 1796), contains 42 maps, some of primarily American interest, along with maps of other parts of the world. The atlas is expected to bring $3,000-$5,000.

The second is Carey’s American Atlas, printed in 1809 (est. $800-$1,200). The 25 maps include the United States, British possessions in North America, the New England states, many Southern states, South America, the West Indies, the discoveries of Captain Charles Clerke (who sailed with Capt. James Cook), and that portion of the United States northwest of the River Ohio that a late act of Congress directed to be sold.

Fans of rare books will surely take note of the “Vinegar Bible” – the Holy Bible published in 1717 by John Baskett in Oxford, England, and so-named because of a misprint – the heading of Luke 20 reads “Parable of the vinegar” instead of “vineyard.” The two-volume set – one for the Old Testament and one for the New Testament – is estimated at $2,000-$3,500.

A copy of the book Poems Chosen Out of the Works of the Late Robert Herrick, printed in 1895 by Kelmscott Press (London), will be desirable to collectors mainly because it was published by William Morris, the English artist, writer, textile designer and socialist associated with the Pre-Raphaelite Brotherhood and English Arts & Crafts movement. It should realize $800-$1,200.

The 10-volume set, Works of Victor Hugo, with an autographed note signed by Hugo and dated “27 mars 1874,” is expected to change hands for $300-$500. The note (or letter) is addressed to “Mr. Michael Levy” and contains two lines of text on 5¼- by 8-inch paper. The set was published in Philadelphia by John D. Morris & Company. No publication date is shown.

A first edition copy of the Dr. Seuss children’s classic The Cat in the Hat, with a first-state dust jacket, is expected to command $400-$700. The book – published by Random House in New York in 1957 – is in very good condition, save for some foxing mostly limited to the edges of the covers.

One of the more intriguing items in the auction is a scrapbook from a Rutgers University student Herman R. Terhume, who graduated in 1922. The scrapbook contains an archive of memorabilia including photos, sports programs, tickets and schedules, report cards, banquet menus, junior and senior prom programs and much more (est. $200-$400).

Antique photographs will feature a silver gelatin print signed by Edward S. Curtis and titled Signal to the Mountain God, measuring 7¾ inches by 5¾ inches and signed by Curtis, in the original “batwing” frame (est. $800-$1,000); and two memento mori (mourning) daguerreotypes (circa mid 1800s) of deceased children, in a hinged gilt frame (est. $200-$400).

The auction will take place at Waverly’s gallery at 360 South Washington Street in Falls Church, Va. For information on any item in the sale, call 703-532-5632 or e-mail info@quinnsauction.com. 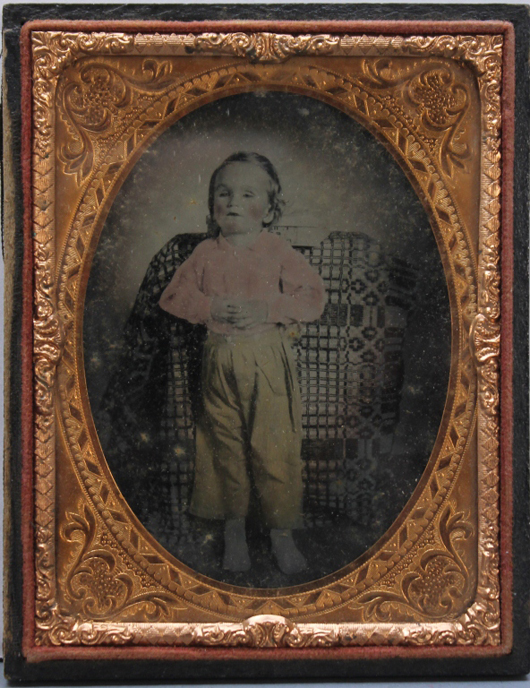 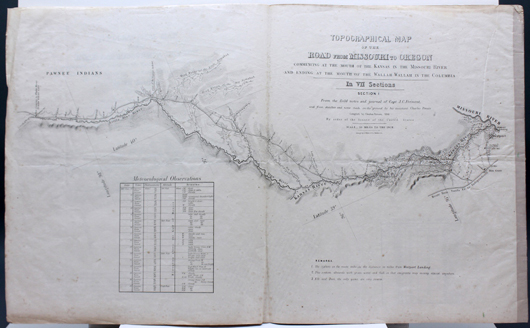 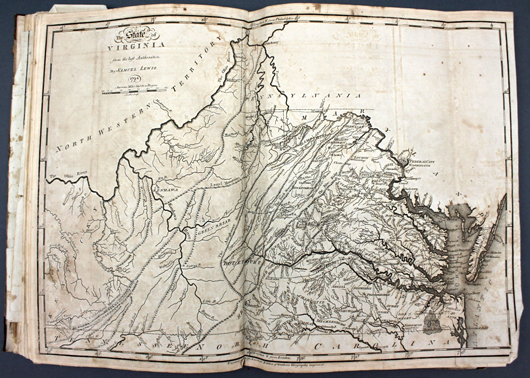 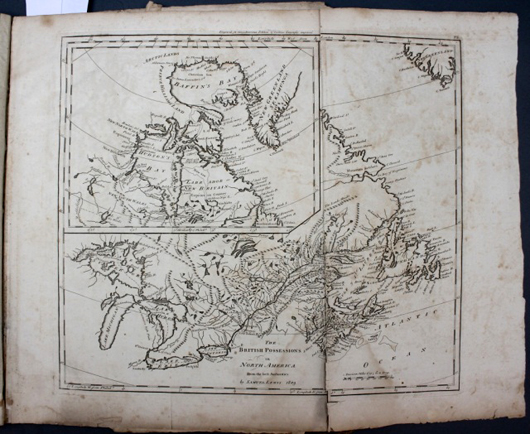 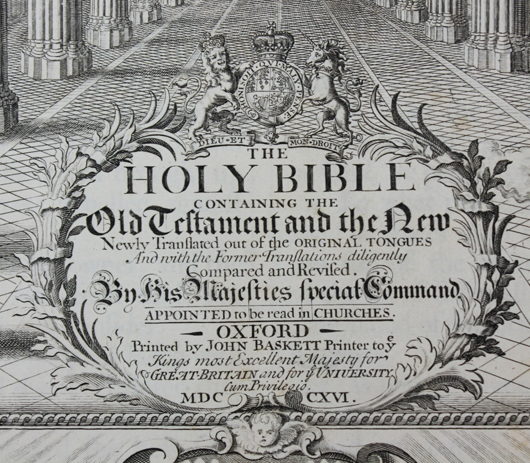 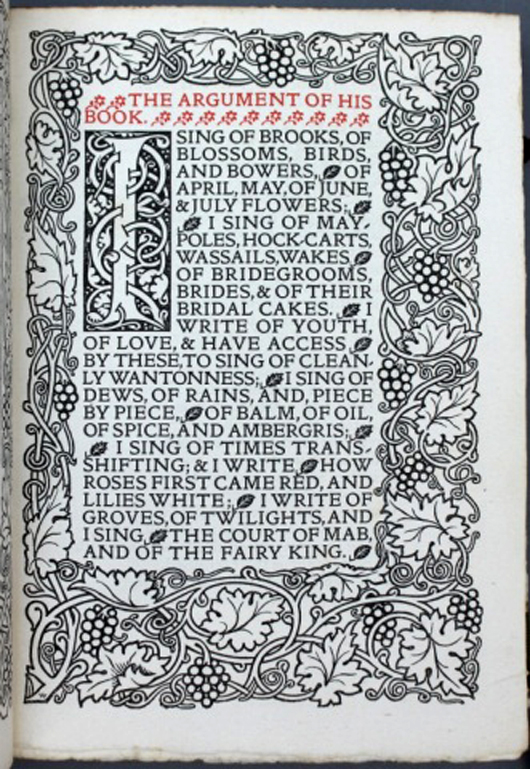 This 1895 collection of poems by Robert Herrick is desirable because it was published by William Morris (est. $800-$1,200). Waverly Rare Books image 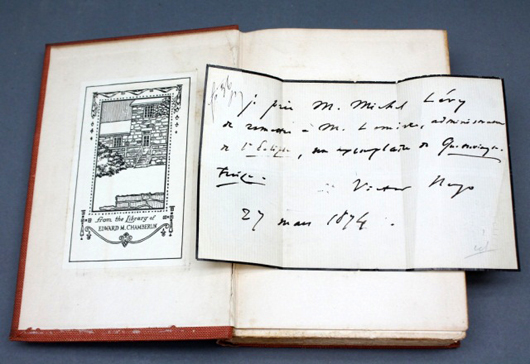 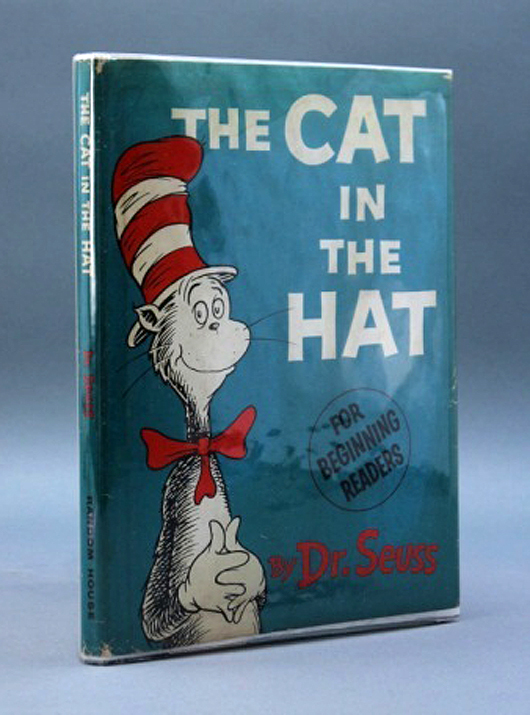 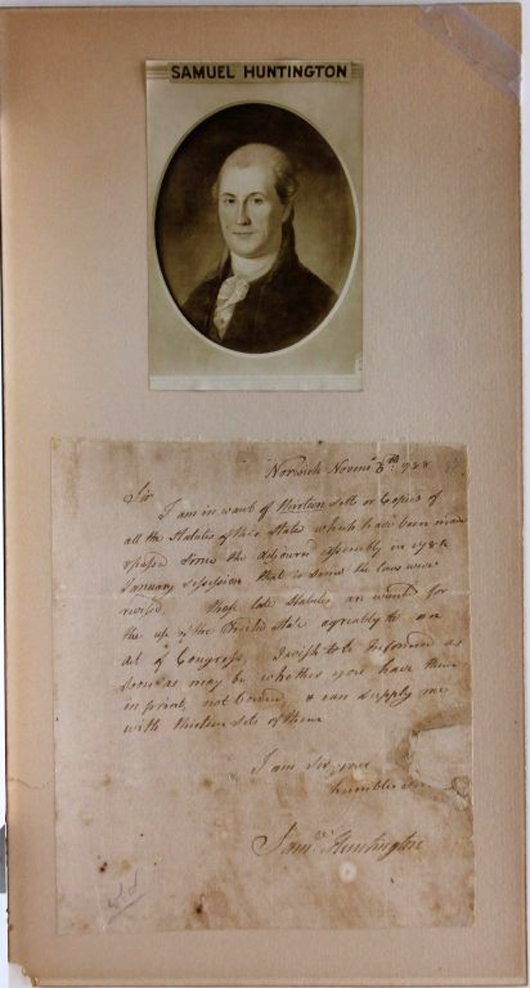