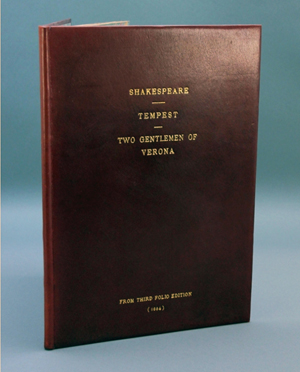 FALLS CHURCH, Va. – More than 100 issues of the colonial magazine Gazette of the United States published from 1789-1790, a 1684 volume containing two plays by William Shakespeare, and 10 cases of original manuscripts from the post-World War II Nuremberg trials are just a few of the highlights in Waverly’s Thursday, Dec. 4, 2014 Catalog Auction #262. Hundreds of lots of antique and rare maps, atlases, books and autographed items will cross the auction block.

The auction will start at 6 p.m. Eastern Time, and Internet live and absentee bidding will be available through LiveAuctioneers.com.

“This promises to be one of the strongest Waverly auctions ever,” said Monika Schiavo, director of Waverly Rare Books. “The emphasis will be on Americana, but the offerings are chronologically broad and exciting and include a land grant signed by Gov. Patrick Henry, a signed FDR photo, some lovely and rare Gastaldi maps, signed books by Dashiell Hammett and books from the 1600s.”

The trove of 121 issues of the bi-weekly Gazette of the United States published from 1789-1790 (four pages per issue) is expected to bring $8,000-$12,000. Printed by John Fenno on Wednesdays and Saturdays in New York City, the issues include news of Congress submitting the Bill of Rights to the states for ratification and the very first Presidential proclamation of Thanksgiving. One of the issues in the auction was personally signed by Fenno.

The red leather-bound volume of Mr. William Shakespeare’s Comedies, Histories and Tragedies from 1664, containing the plays The Tempest and Two Gentlemen of Verona, has a presale estimate of $4,000-$6,000. It is Shakespeare’s 3rd folio and is rare because many folios were lost during the Great Fire of London and London’s Great Plague. The volume is 38 pages long.

The 10 volumes (representing 10 cases) of official trial transcripts from the post-World War II Nuremburg trials are expected to sail past the modest $500-$800 estimate. The volumes include the case against Hermann Goering and nine of the other 24 major political and military leaders of Nazi Germany, plus 185 other defendants, all of whom were charged with “War Crimes and Crimes Against Humanity.”

A 1776 chart of the entrance of the Hudson River (then known as Hudson’s River) from Sandy Hook, N.J., to New York, by the London cartographers Robert Sayer and John Bennett could realize $3,000-$5,000. The 27¾-inch by 20½-inch chart gives detailed descriptions of the area’s coastline, with soundings, bank depths of water and sailing marks. It was later hand-colored.

A 1684 second-edition copy of Bucaniers (sic) of America (or, A True Account of the Most Remarkable Assaults Committed of the Late Years Upon the Coasts of the West-Indies by the Bucaniers of Jamaica and Tortuga), rendered into English and printed in London for William Crooke, should fetch $2,000-$3,000. It has 10 engravings, including one of Captain Morgan.

A first American edition copy of the John Adams book A Defence (sic) of the Constitutions of Government of the United States, from 1787, is estimated at $1,500-$2,000. Printed in Philadelphia not long after an earlier version came out in London, the book was intended to influence deliberators at the Constitutional Convention who were mulling over the concept of a separation of powers.

A historic colonial-era letter, written and signed by Horatio Gates – a retired British soldier who served as an American general during the Revolutionary War – to Artemus Ward – an American major general in the Revolutionary War and a Congressman from Massachusetts – was penned on April 17, 1779 in Providence, Rhode Island. The letter, which involves military matters of the day, is expected to make $1,000-$2,000.

An 1823 ship’s passport contains the signatures of then-President James Monroe and a future US president, John Quincy Adams, who was Secretary of State at the time. It is expected to reach $800-$1,200. Another ship’s passport, signed by then-President Andrew Jackson, will also be auctioned, with an estimate of $600-$900.

Other predicted top lots include a letter typewritten and hand-signed by Winston Churchill to Mr. Eric Stokkebye of Stokkebye Tobacco, thanking him for his gift of “excellent cigars,” estimate $600-$900; and a first US edition of the Jules Verne classic novel Around the World in Eighty Days, published in 1873. It is expected to make $2,000-$2,500.

Waverly Rare Books is a division of Quinn’s Auction Galleries. The firm is always accepting quality consignments for future auctions. To consign a single item, an estate or a collection, call 703-532-5632 or email info@quinnsauction.com. 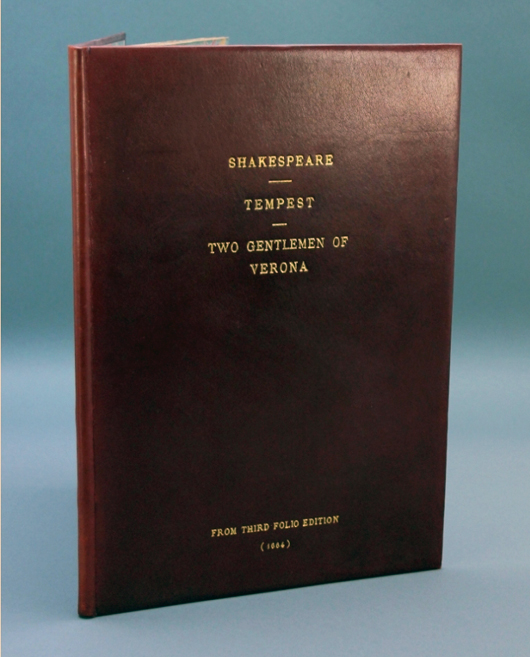 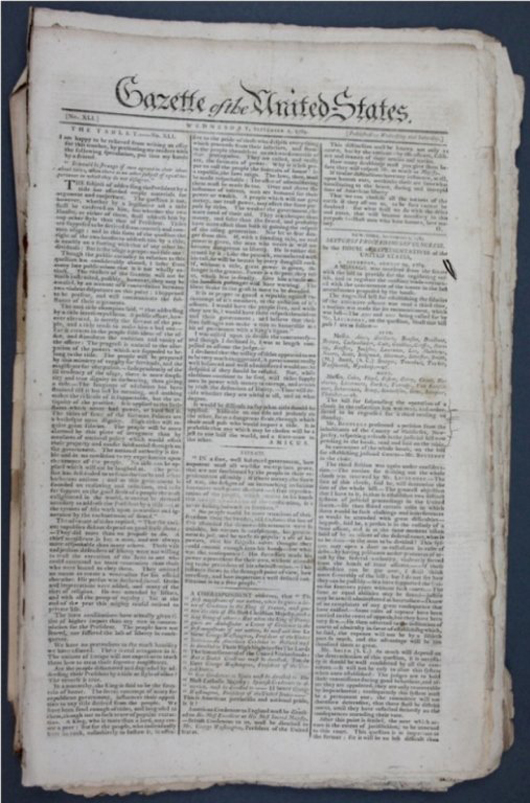 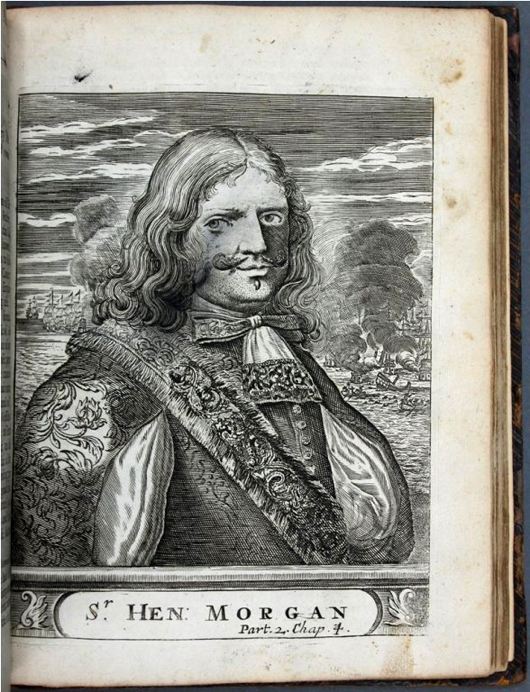 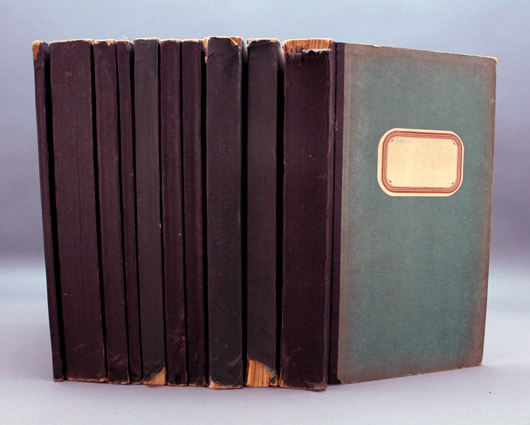 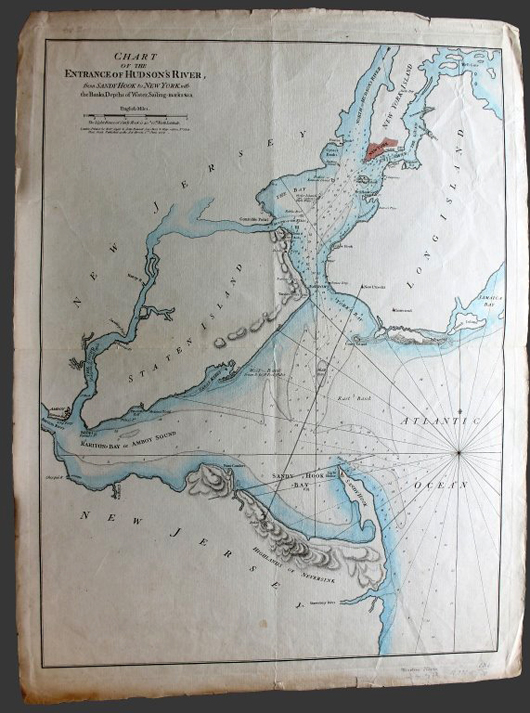 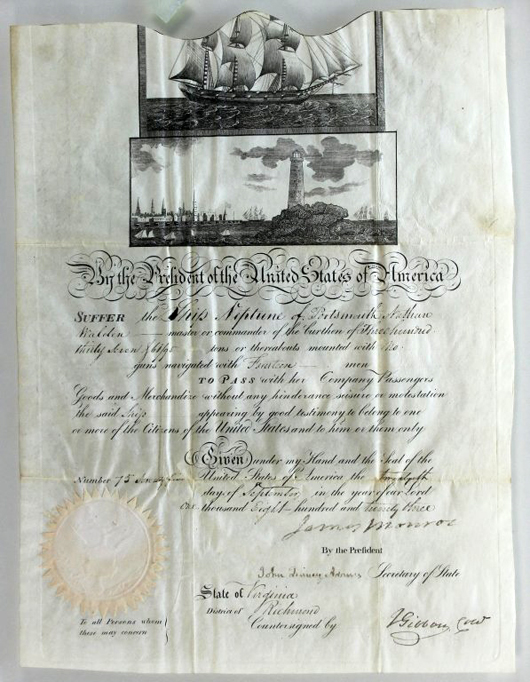 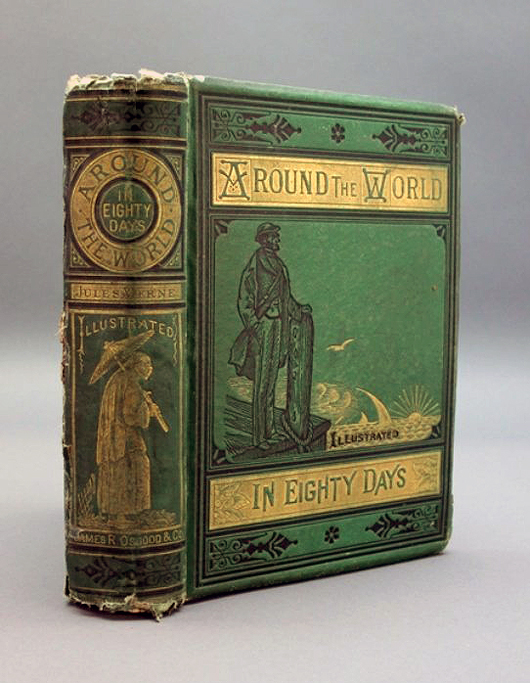 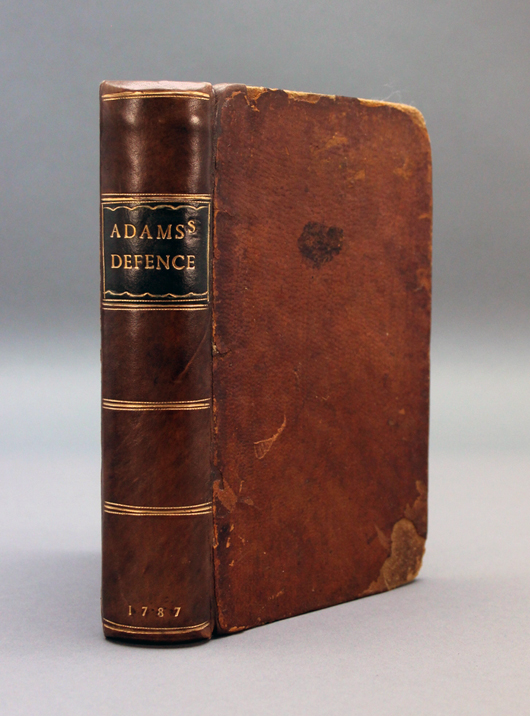