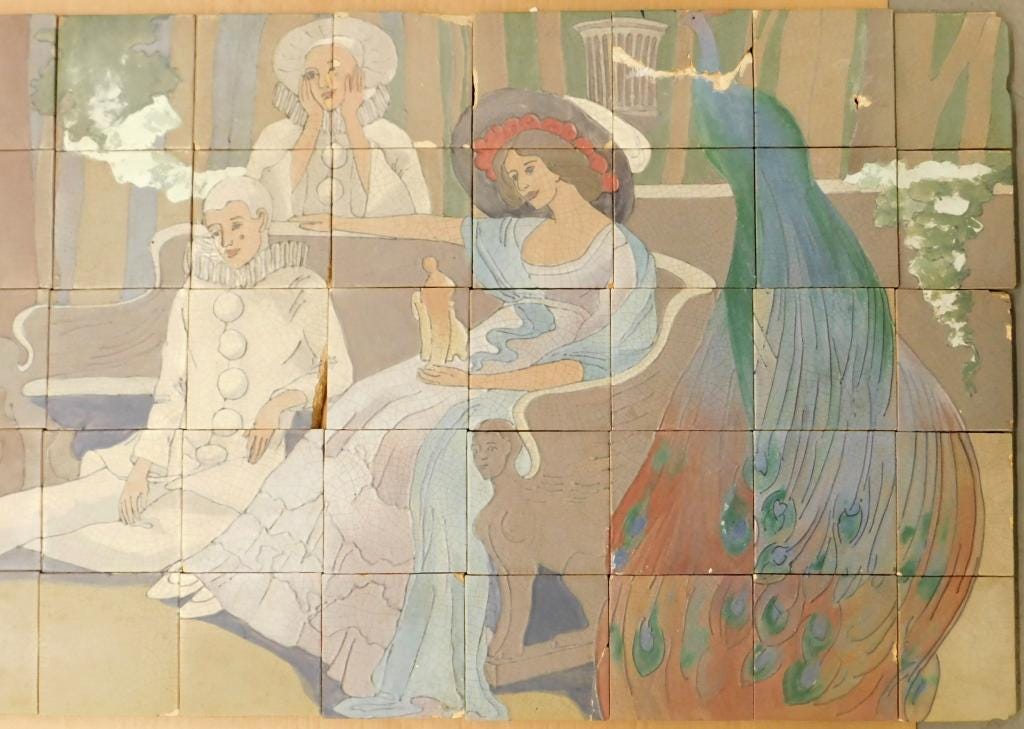 CRANSTON, R.I. – A monumental Rookwood tile mural salvaged from a historic theater in Washington, D.C. and a nude figural drawing by the Indian artist Jehangir Sabavala (1922-2011) are expected top lots in Bruneau & Co. Auctioneers’ online-only Estate Fine Art & Antique auction planned for May 20 and starting at 6 pm Eastern time. More than 400 lots will be offered. Absentee and Internet live bidding will be available through LiveAuctioneers.

“Hopefully soon, as society begins to open up, we’ll be able to bring a live audience back to the gallery,” said Kevin Bruneau, the president and owner of Bruneau & Co. Auctioneers. Travis Landry, a Bruneau & Co. auctioneer and Director of Pop Culture, added, “Another month, another estate auction, offering a good mix of antiques, paintings, jewelry and Asian objects. It’s going to be interesting to see what the Rookwood mural brings in today’s market. It’s not every day one of those becomes available.” 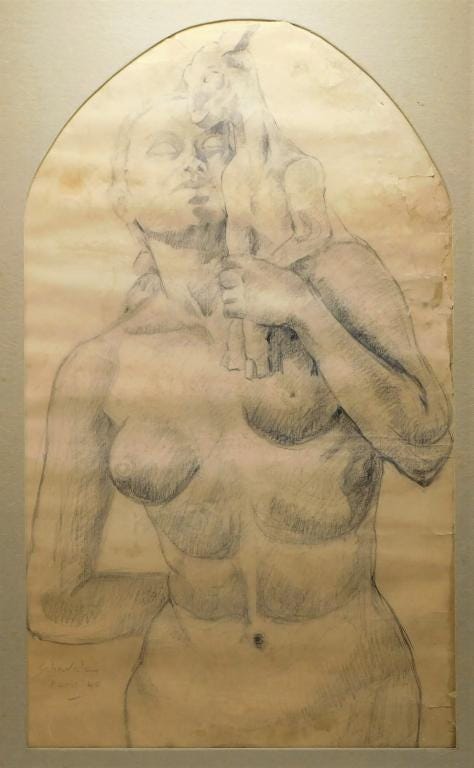 The 20th century mural has a pre-sale estimate of $10,000-$15,000. It’s a whimsical forest scene comprised of 225 tiles and depicting a seated woman with a peacock watching men, ladies, and jesters dance around in a forest. Each one of the tiles is marked “Rookwood Faience” on verso. The mural came out of the Chase’s Theater and Rigg’s Building, also known as the Keith-Albee Theater, a historic theater built by Jules Henri de Sibour for Plimpton B. Chase.

The drawing by Jehangir Sabavala depicts a nude woman with one arm resting behind her back and the other holding the legs of a lamb draped across her shoulders. The graphite on paper work is signed, annotated, and dated, and should bring $6,000-$9,000. 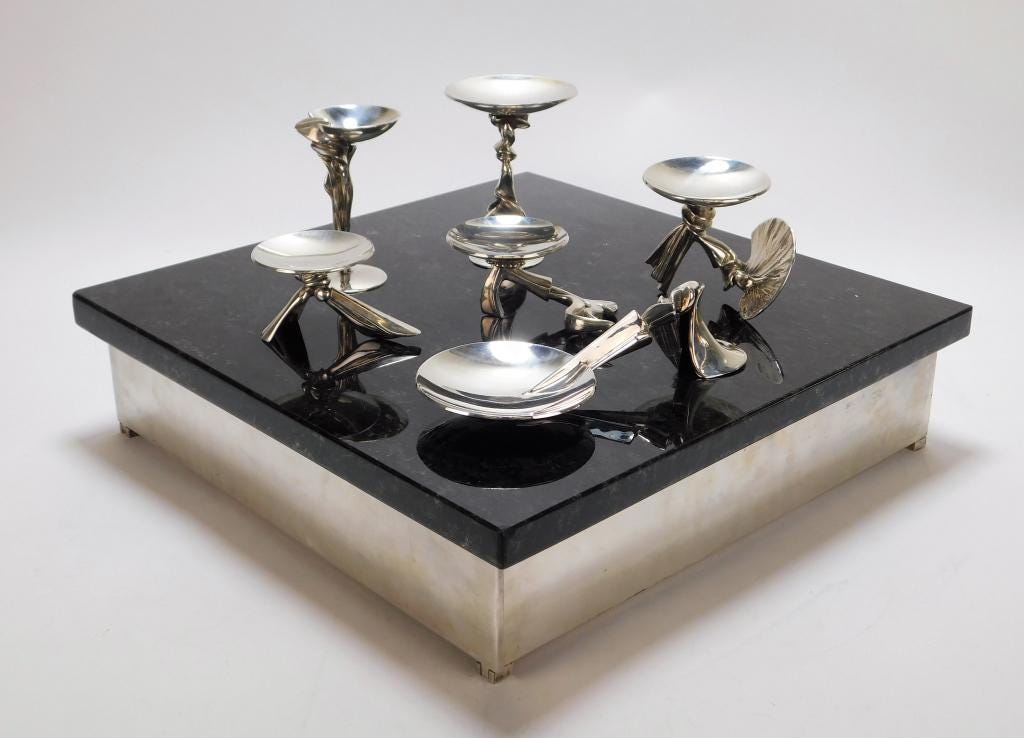 A seven-piece sterling silver seder set by Richard Fishman (American, b. 1941-) carries a pre-sale estimate of $2,000-$3,000. The set includes six symbolic sterling silver plates for the salt water, maror, egg, karpas, charoset, and shank bone, with a black granite top over a triple plated brass box, opening to three shelves for the matzah. Each plate is marked “Sterling” on the bottom, and all are numbered and initialed “4/15 RAF” on the bottom. 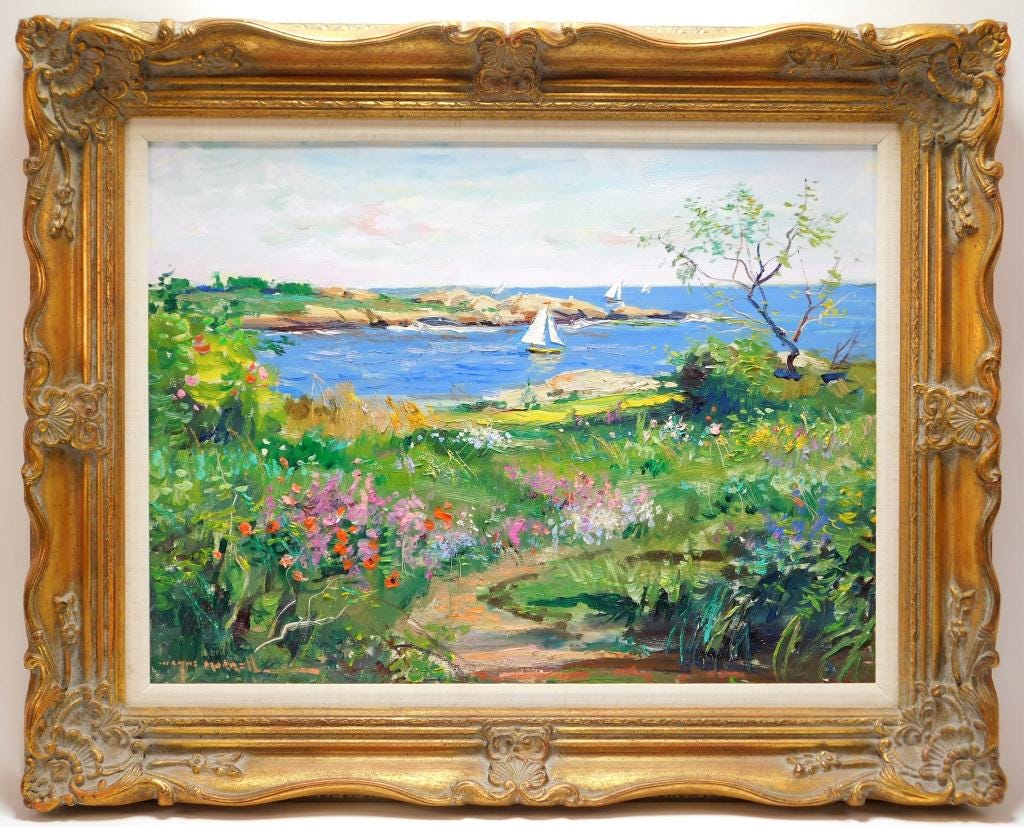 A vibrant oil on board Impressionist coastal painting by Wayne Morrell (American, 1923-2013) is estimated to bring $2,000-$3,000. The work depicts a flower lined path leading towards an ocean spotted with sailboats. It is signed in the lower left and is marked, “Seaside Flowers Painted June 20th 1986 at Marmion Way near Captains House Rockport, Mass. by Wayne Morrell.” 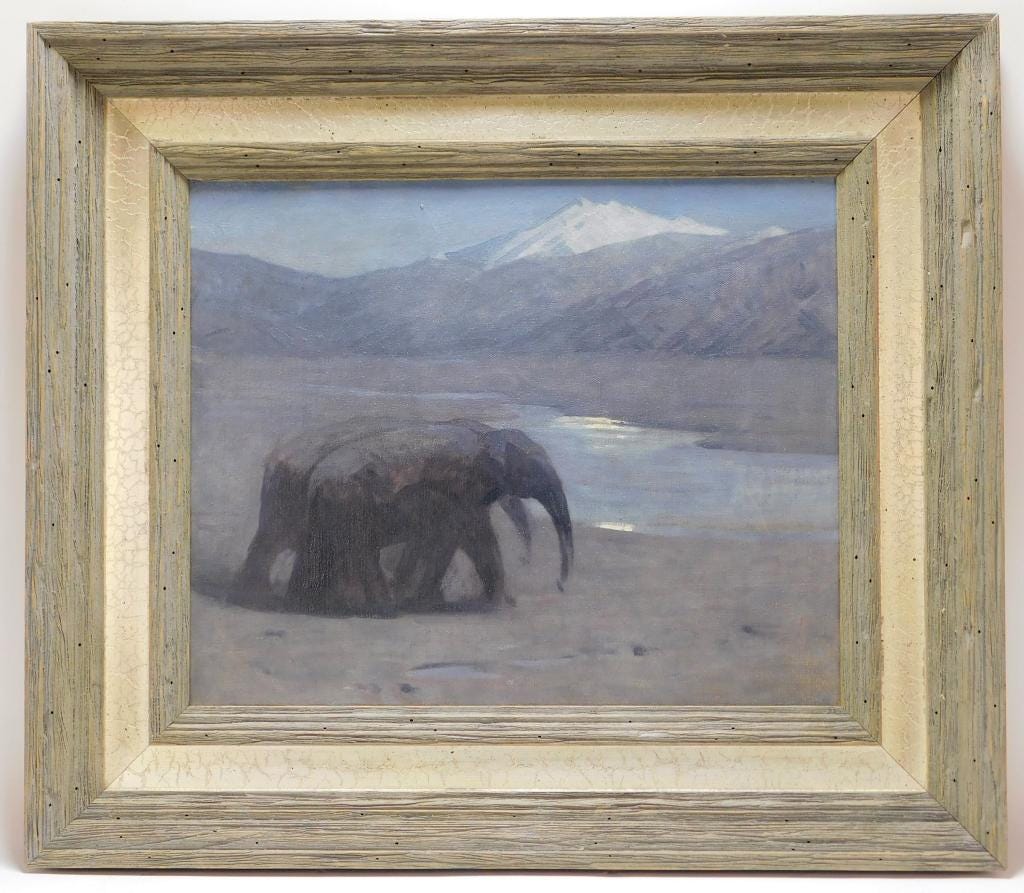 An oil on canvas painting by Arthur Wardle (British, 1864-1949), of two elephants walking side by side beside water glistening under the moonlight, should command $1,000-$2,000. Known for his animal imagery due to his nearness to the London Zoo, Wardle conveyed vast emotions to his animal subjects, combining them with fashionable women or creating mythical human-animal hybrids.

An Anglo-Indian glass top dining table, made in India in the early 20th century, should hit $2,000-$3,000. The visually striking table has a rectangular glass top over reticulated columns, decorated with figures, animals, botanical patterns and dragons resting on circular feet. 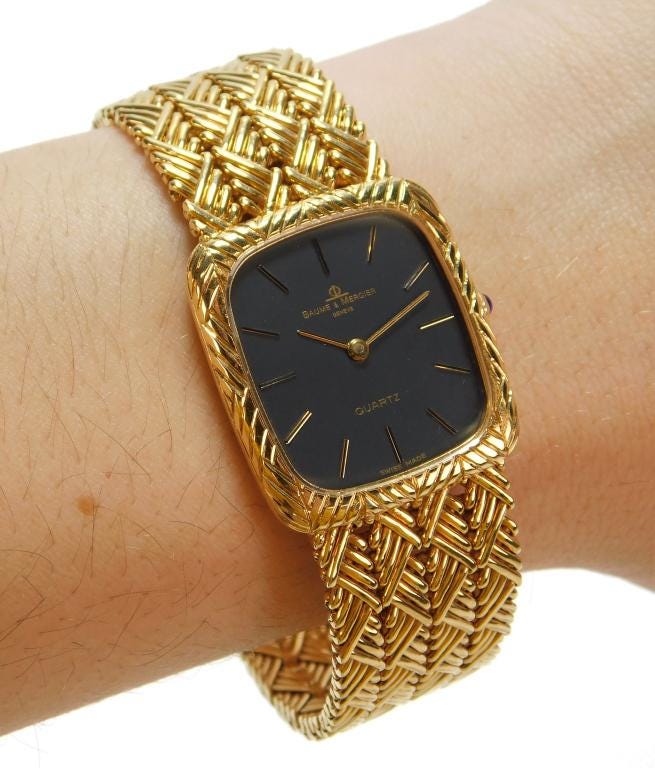 A Swiss Baume & Mercier 14K gold watch, sporting a steel gray face with decorative casing and matching scale pattern 14K gold wristband, is expected to slip around a new wrist for $2,000-$3,000. The stylish watch is marked “Baume & Mercier Geneve Swiss Made” on the face, and is from the collection of a Rhode Island gentleman. 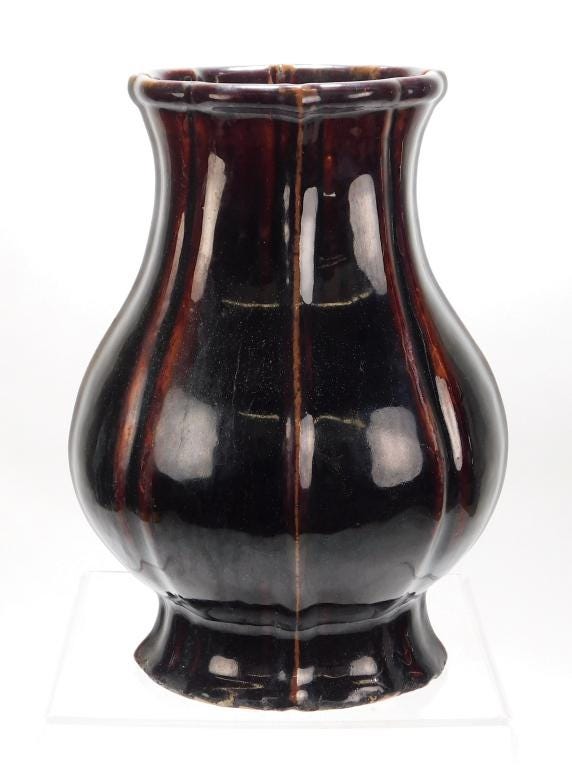 A large and lovely Chinese Qing Period pomegranate vase, made in the 18th or 19th century has an estimate of $2,000-$3,000. The shapely pomegranate form vase boasts a deep brown and red tortoise shell glaze.