Reiger, whose body is covered with 2,200 authorized tattoos of Disney cartoon characters and film stars including Johnny Depp, Drew Carey and Ellen DeGeneres, is a colorful character in his own right. He has discussed his Disney obsession – both as a living cartoon billboard and Disneyana collector – in thousands of interviews. “I’ve been on every talk show except Jerry Springer and Oprah,” said Reiger, “Oprah said ‘no’ only because she wouldn’t have been the first to have me on. It’s her policy.”

A former postal worker and accomplished magician who performs 200 shows a year, Reiger has spent every spare penny earned over the last 40 years on Disney limited-edition theme park and convention collectibles. His specialty? “Everything. I have everything,” he said. And that immense collection of as many as 8,000 pieces, encompassing theme park props, limited-edition pins, bronzes, ceramics, animation cels, stuffed animals and every other imaginable Disney keepsake, is about to go to auction.

Reiger’s entire Disney archive – including even the custom-designed doors, ceilings, knobs and fixtures from his 6,000-square-foot Mickey Mouse-theme house – will be sold Nov. 15 at the gallery of William H. Bunch in Chadds Ford, Pa. All items will go to the highest bidder, regardless of price.

The auction will contain 400-500 cataloged lots, with Internet live bidding available through LiveAuctioneers.com. The session will conclude with box lots available only to in-gallery bidders.

“It took our staff three days to photograph and tag the items in George’s collection, which was displayed inside and on the 42-acre grounds of his home. I’ve never seen anything like it – I’ll bet he throws a heck of a Halloween party,” said auctioneer William Bunch.

Reiger has made many hundreds of visits to Disney theme parks over the last four decades. That’s also where Disney collector conventions are held – the source of many of Reiger’s most valuable pieces. “The conventions I attended always had limited-edition merchandise made specifically for the event that you couldn’t buy anywhere else – Bill Toma bronzes, Armani ceramics, cels signed and numbered by Disney artists. If a limited edition contained only 25 items and 25 of them were sold, that was it. There were no more. People would stand in long lines just to buy a $10 convention pin. I always bought everything that was available,” said Reiger.

Disney fanatics would – and still do – fly long distances to visit theme parks and buy scarce convention pieces for their collections, Reiger said. “If the theme of a convention was ‘villains,’ all of the merchandise made for that particular event – the resin figures, the artwork – would also have a villains theme. There has always been a great demand for convention theme material on the secondary market.”

Attending Disneyana conventions actually helped Reiger finance many of his purchases. “If you brought your spouse along, you’d each be entitled to buy the special, limited-edition item made just for the convention’s attendees. You could keep one and resell the other to a collector who didn’t want to go to the expense of attending a convention in, say, Paris or Tokyo. It would pay for your own trip,” Reiger said.

Reiger’s vast collection includes many unique large-scale items from actual Disney theme park rides, like a 15-foot-long, custom-built Nautilus submarine. “There are only two others in the world. One is at the Magic Kingdom Hollywood Studios, and the other is in Tokyo,” he said. Another super-size item in the collection is an 8-foot-tall articulated Jack Skellington figure from the Disney/Tim Burton stop-motion musical fantasy film The Nightmare Before Christmas.

Other figural rarities include a gold-finished fiberglass Mickey Mouse figure that was actually used at Disney World. Reiger purchased the 38½ inch-tall figure at a convention in the 1990s. An Arribas Brothers crystal figurine of Mickey Mouse as the “Brave Little Tailor,” from a limited edition of 50, stands 2 feet tall and had an original cost of $1,700. Another Armani production, an 8-piece porcelain Snow White and the Seven Dwarfs set, was originally purchased for $3,000.

“The best way to see the many different aspects of this collection is to view the online catalog,” said auctioneer Bunch. “There are small items that may go for $20 and others that will sell for thousands. Regardless, each lot will be sold to the highest bidder, no matter what the final bid might be.”

For additional information on auction contents, call 610-558-1800 or e-mail info@williambunchauctions.com.

The fully illustrated catalog will be available to view online soon at www.LiveAuctioneers.com. 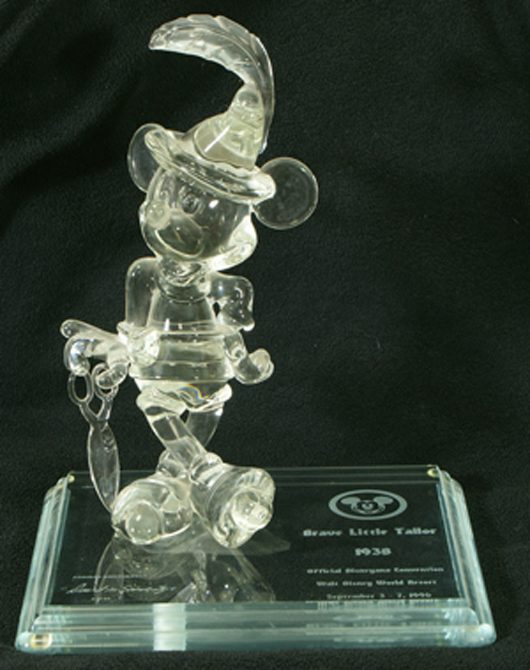 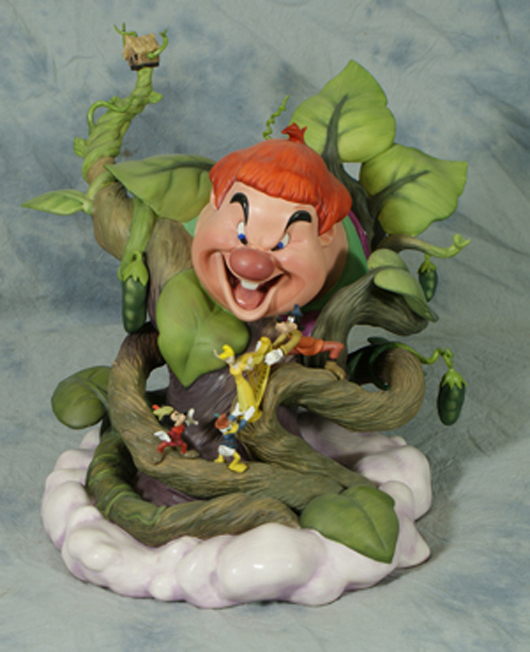 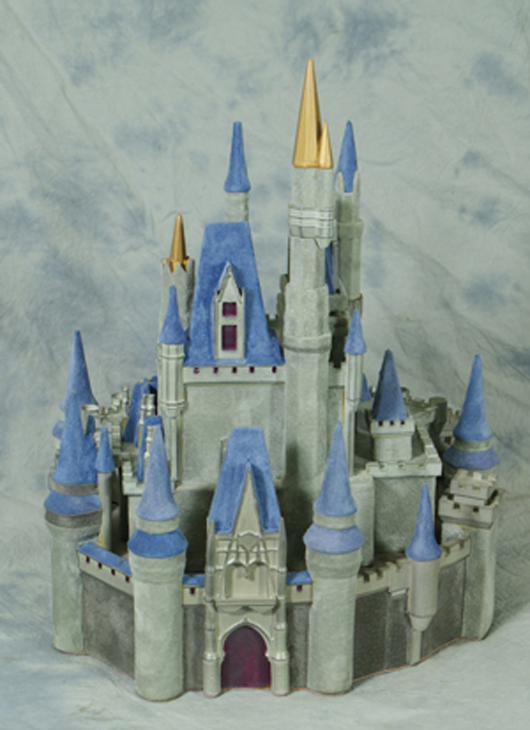 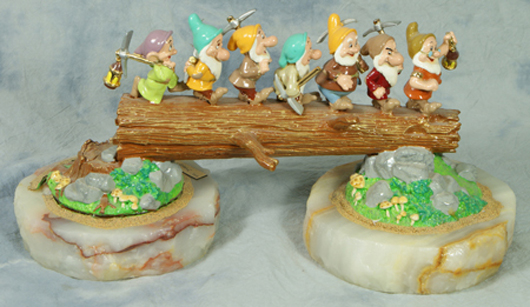 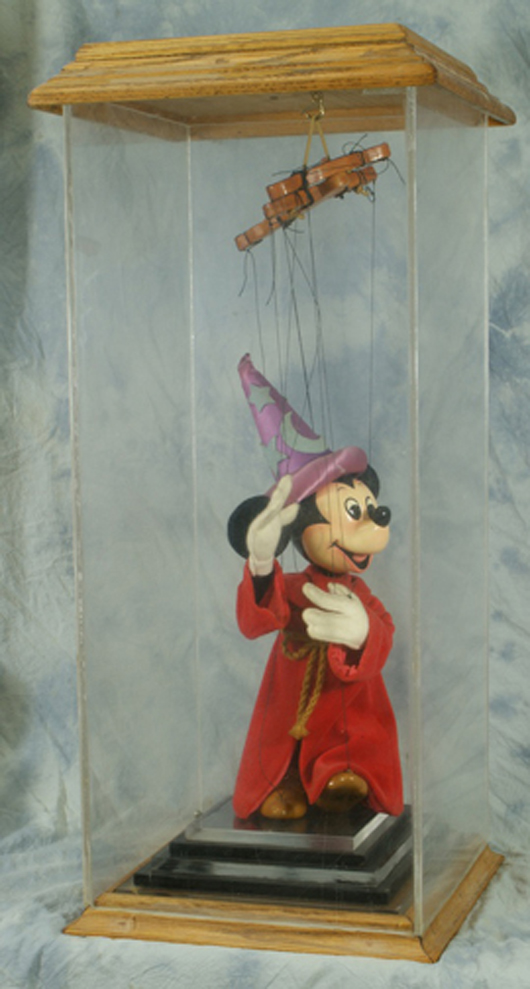 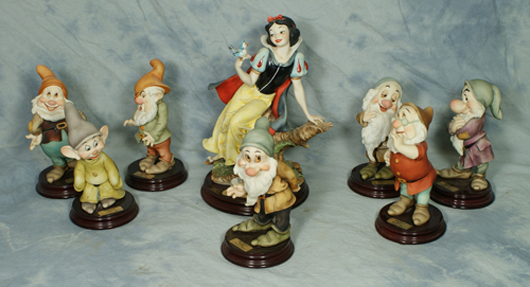 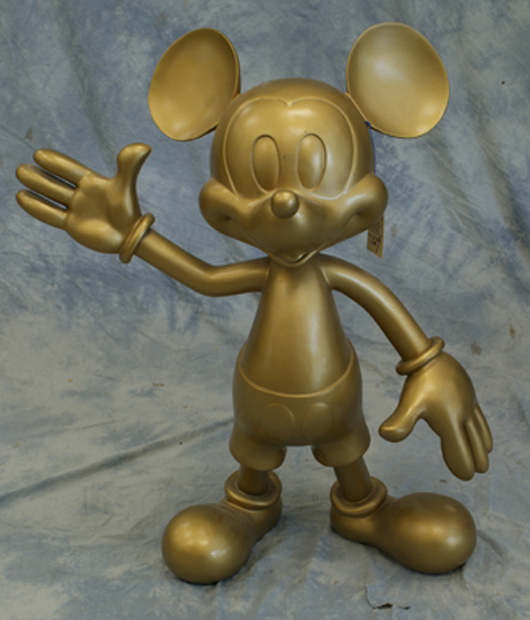 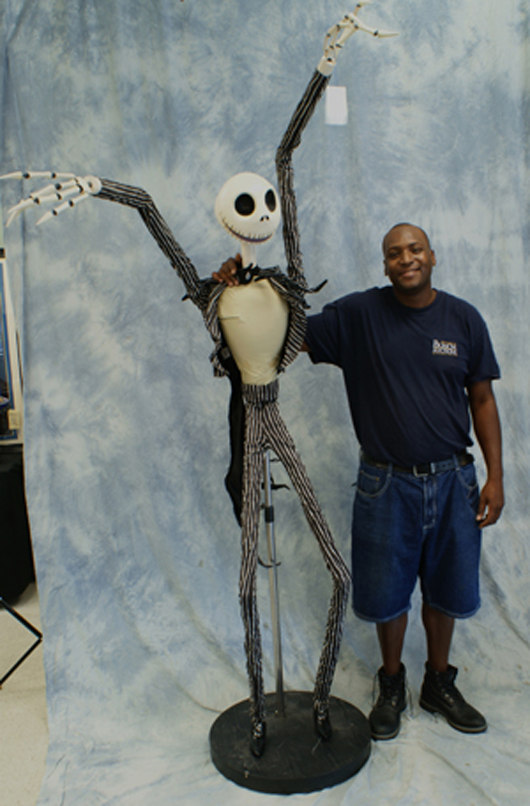 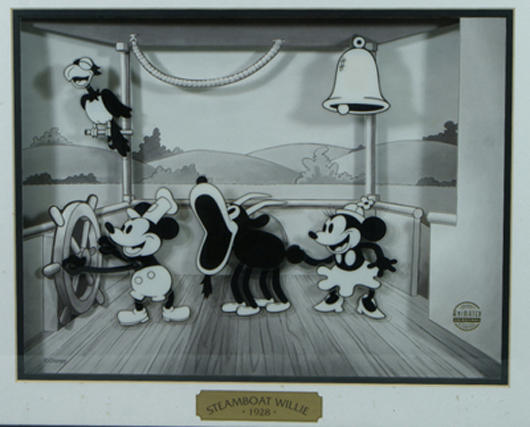