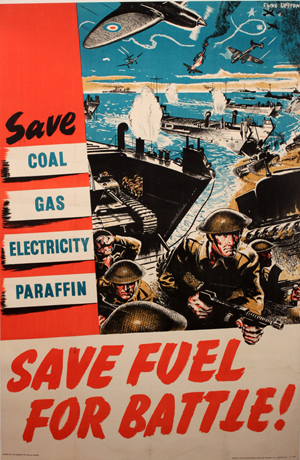 STOURPAINE, UK – Onslows’ winter offering of vintage posters on Thursday, Dec. 18, will include Part Two of the Maxted collection of World War I posters.

The collection of nearly 100 posters was discovered in a house in Kent. The owners who had inherited the collection some years before had not fully appreciated what was in their possession. Their interest in finding more about the posters was sparked with the centenary of the outbreak of the World War I. When they looked more closely they realized they had a nearly complete collection of posters published by the Parliamentary Recruiting Committee between 1914 and 1916. The second part of the collection includes some famous posters with patriotic slogans including “Your King and Country Need You,” estimate £200-£250; “If the Cap Fits You,” estimate £200-£250; “The Empire Needs Men,” estimate £200-£300; and “The Recruiting Sergeant,” estimate £350-£400.

One of the top lots from the World War II propaganda section of the auction is the poster with now world famous slogan “Keep Calm and Carry On.” The poster is extremely rare due to it not being officially released, as Hitler’s invasion plans in 1940 were aborted. Only a handful of the posters in the larger 30-by-20-inches format have appeared on the market. The example in the auction is estimated to sell for £5,000-£7,000.

The auction contains a strong entry from this category with eye-catching designs by Fougasse for salvage campaigns and a marvelous large poster by Clive Uptton showing the D-day landings titled “Save Fuel for Battle.” On the home front is a memorable poster “Dig For Victory,” the photographic design of the boot on the spade became one of the most loved relating to the Women’s Land Army efforts to turn land over for food production in 1940. It could sell for in excess of £1,000

A rare group of posters issued by the Royal Society for the Prevention of Cruelty to Animals (RSPCA) in the 1930s is expected to attract interest of from animal lovers. The posters mainly deal with issues of canine welfare. The posters were discovered in a house clearance in Weymouth in Dorset. One showing the risk of motorcars is estimated at £150-£200.

Lastly, and definitely worth a mention, is a collection of posters published by the General Post Office. The posters were discovered after the closure of a large central London oost office. The collection includes some rare examples dating from 1935 to the 1950s. A futuristic poster designed by Pat Keely in 1943 titled “Wireless War” is expected to sell for between £700-£1,000. The posters smacks of espionage and Bletchley Park.

Onslows specializes in auctioning vintage posters and is celebrating its 30th anniversary this year. 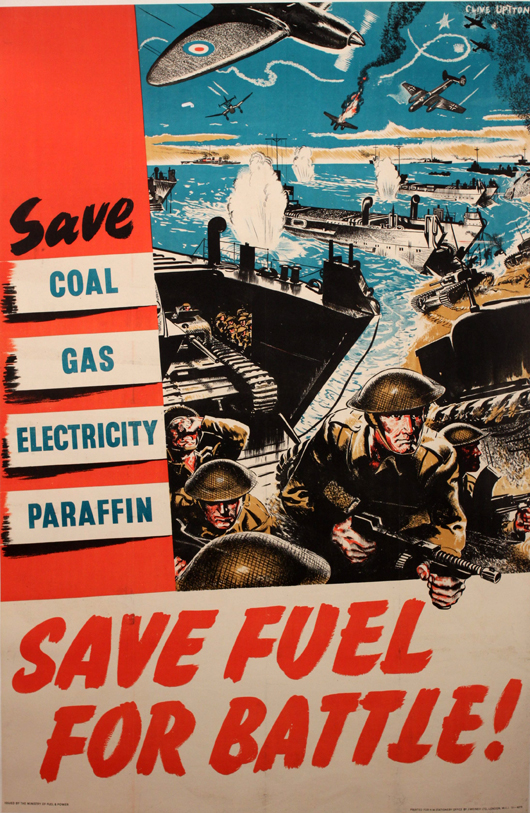 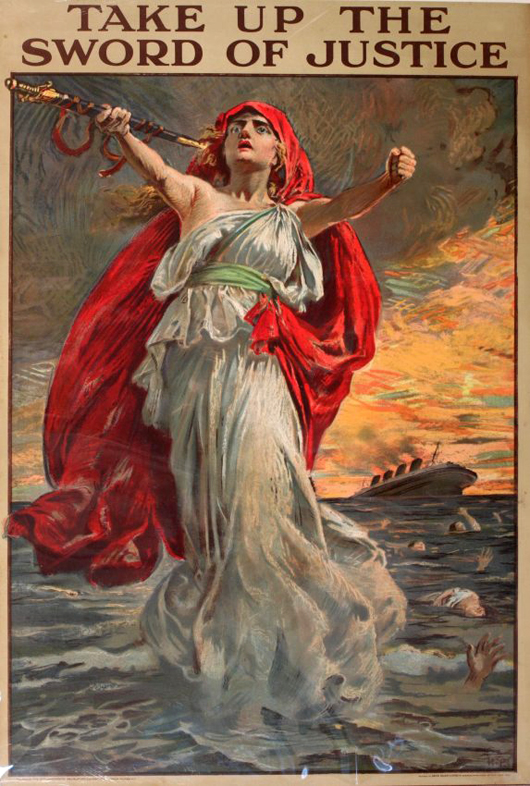 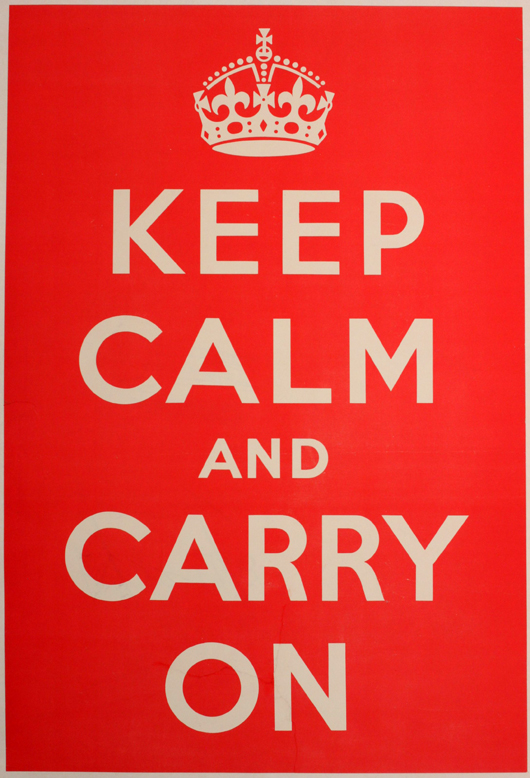 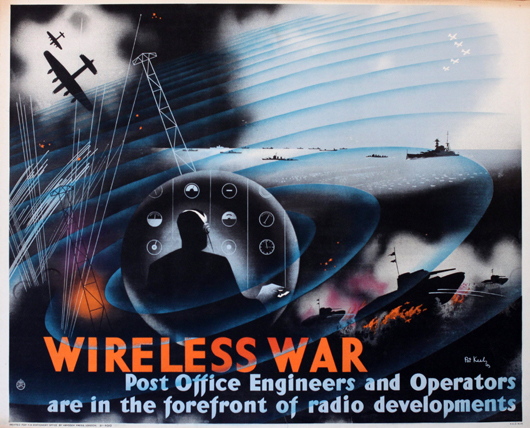 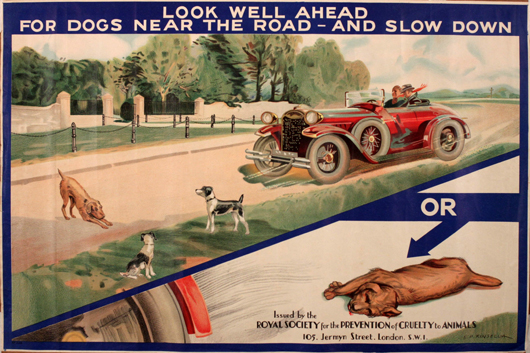 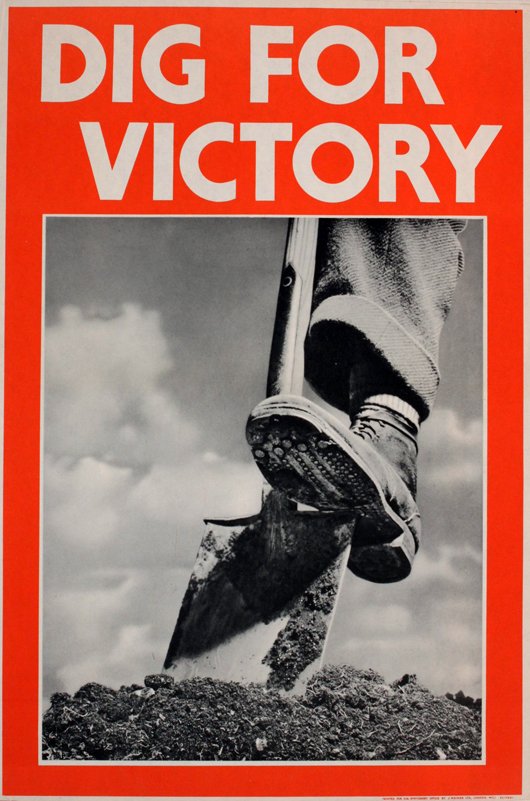 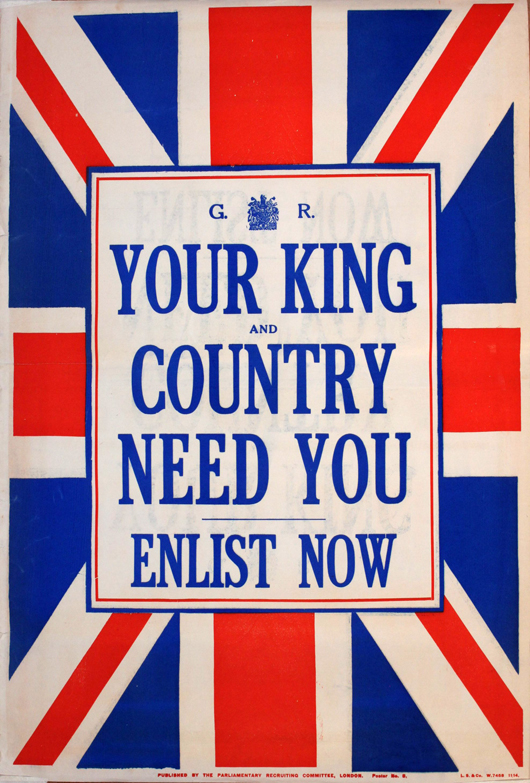 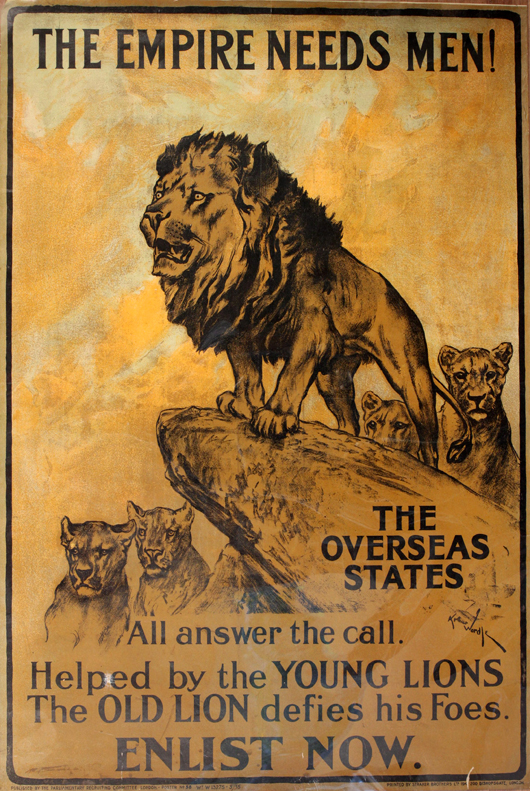